10 TV Shows You Must Watch if You Love Star Trek: Discovery 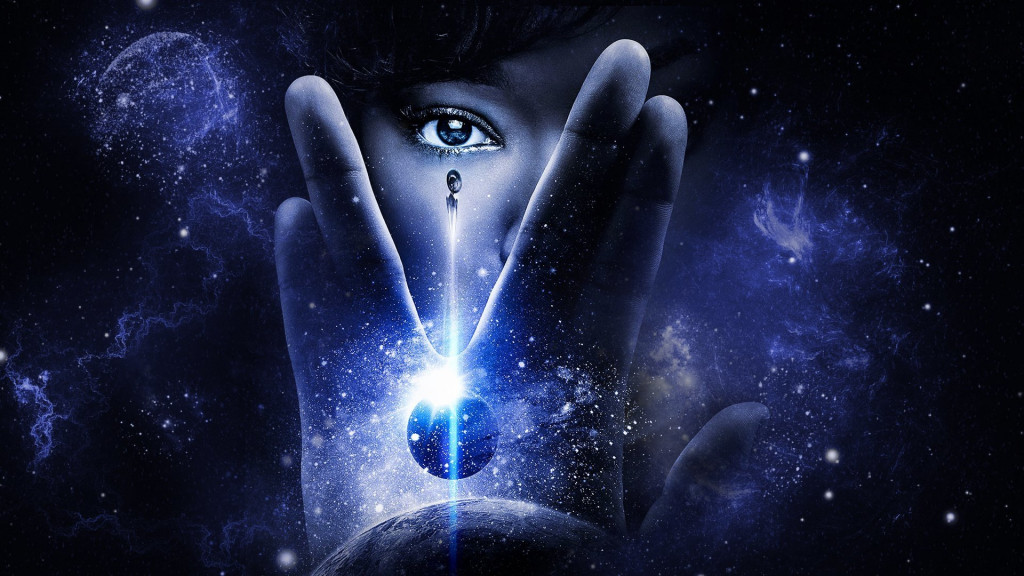 ‘Star Trek: Discovery‘ is the prequel to the original ‘Star Trek’ series which was released in 1966. Chronologically, the events in this series happen after the story of ‘Star Trek: Enterprise’. The crew of the ship USS Discovery becomes our lead characters in the series. In the first season, there is a war between the United Federation of Planets and the Klingons, which must be won by the UFP in order to keep the human species from falling prey to the hands of these ghastly creatures. As it is said by many, ‘Star Trek’ is one of the most iconic and influential franchises in history, and its influence runs deep into popular culture. There are numerous television shows and films which have been greatly influenced by the series. It is truly a space opera, and its historical importance can never be undervalued. If you do enjoy science fiction stories on intergalactic travel, spaceships, and the likes, we have you covered. Here’s the list of best shows similar to ‘Star Trek: Discovery’ that are our recommendations. You can watch several of these series like ‘Star Trek: Discovery’ on Netflix, Hulu or Amazon Prime. 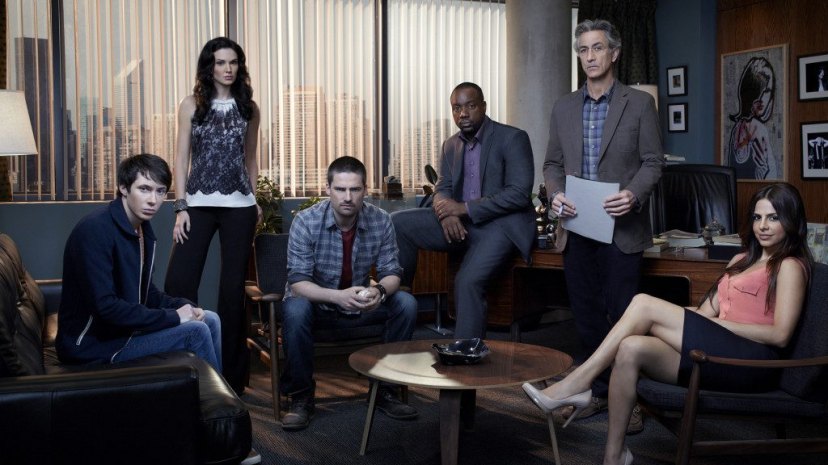 The story of this series follows five individuals identified by Dr. Lee Rosen who can be of aid to the government and the defensive department in matters of grave importance. These five individuals are who we call ‘Alphas’. All of them possess superhuman abilities, like incredible intelligence and strength. However, the problem is that there are many more Alphas out there and not all of them are ready to abide by the law. When people with such abilities go beyond reason and logic and take up the life of crime, it can be very difficult to stop them. This is where Dr. Rosen’s team comes into play. They help the Department of Defense track down and neutralize such rogue Alphas. The series ran for two seasons and has received mixed reactions, with critics blaming a lack of innovation in the plot to be a major problem. 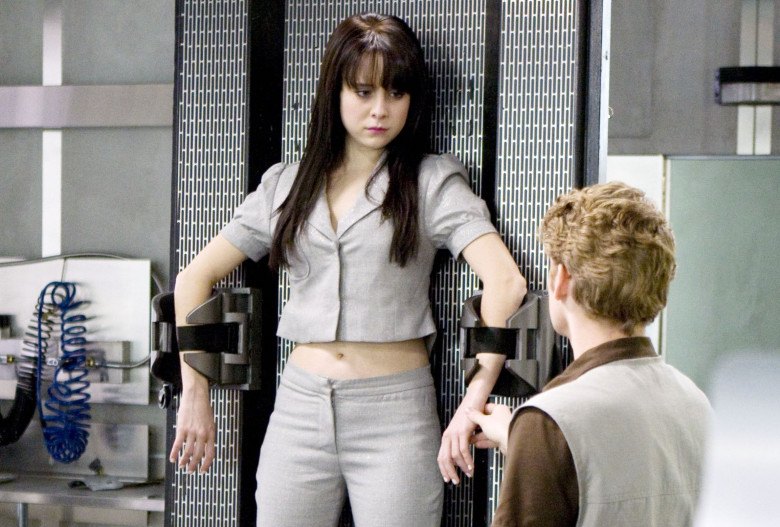 Set in the ‘Battlestar Galactica’ universe, the events of ‘Caprica’ serve as a prequel to the re-imagined (the original ‘Battlestar Galactica’ aired in 1978) 2004 series. The events of this series are set 58 years before the wars between humans and Cylons (androids) destroyed the Twelve Colonies where the former lived. The story revolves around the characters of Daniel Greystone and Joseph Adama, two people who have lost their close ones in the battle. Daniel, a rich and powerful businessman, wants to bring back his daughter whom he has lost, and is willing to spend most of his money if need be to reunite with her. Regarding the theme of the series, the makers have remarked that ‘Caprica’ serves as a society whose infinite greed would end up destroying themselves. 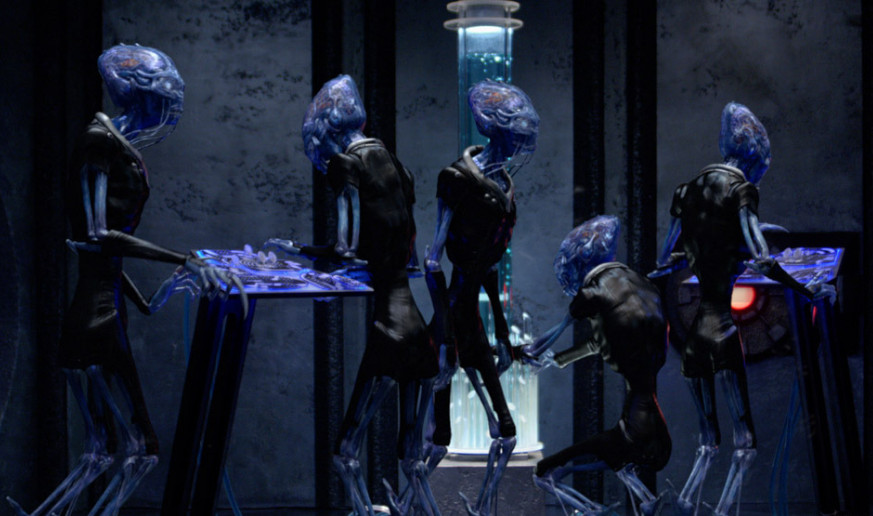 Brad Wright and Robert C. Cooper created this intergalactic space travel TV series which focuses on the activities of the spaceship called Destiny. Destiny is billions of light years away from the Earth and the space travelers who are onboard are now figuring out a way on how to return to the Earth. The leading character of the show is Nicholas Rush, played by Robert Carlyle. Louis Ferreira as Everett Young is the captain of the ship who has never taken too kindly to Rush. The travelers have been sent so far and wide across the universe because the Ancients, the species of people who dwell somewhere in the Milky Way, wanted to install stargates on several other planets. A stargate is a portal which allows moving around the universe very easily. 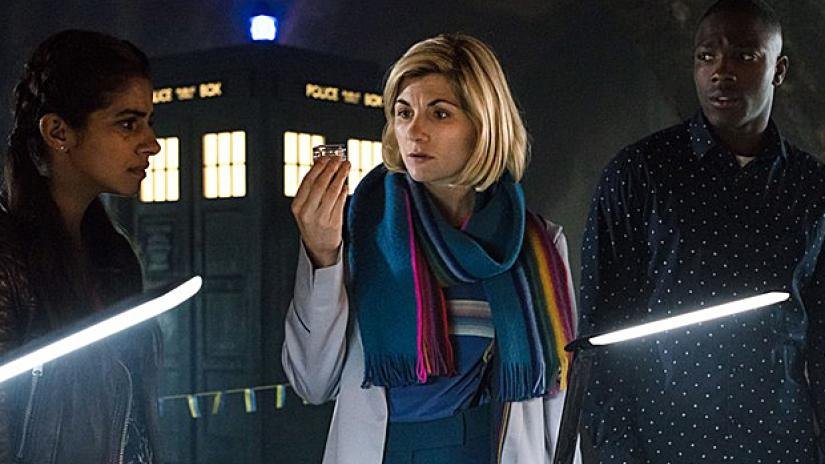 ‘Doctor Who’ is among the few shows that have eclipsed time and space and have come to symbolize what television stand for. It is one of the most popular shows ever made. The Doctor is an alien Time Lord who has a machine called TARDIS (Time and Relative Dimension in Space) which he uses to travel across space and time. He lands in different periods of time on different planets and helps people whenever he sees some injustice or another. The Doctor is somehow fascinated with planet Earth and always wants to protect it from any foreign attack. The show has been spoofed, it has museums built in its honor, has seen numerous spinoffs, huge merchandise sales, books being written and movies and video games being made on it. 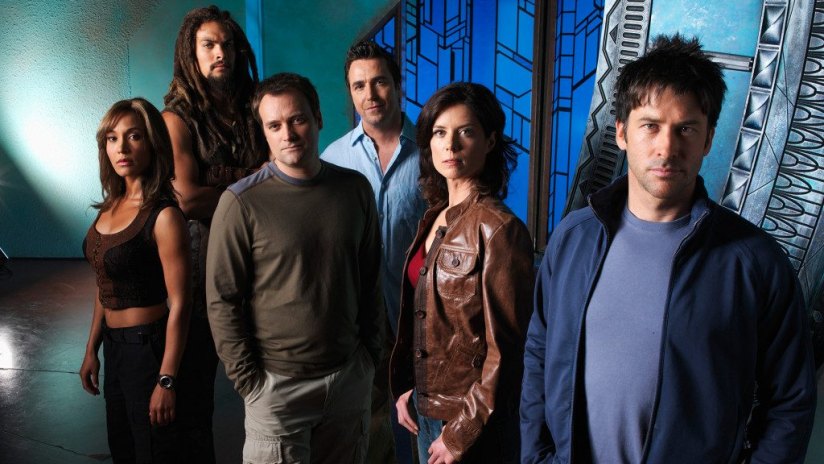 Another show which belongs in the Stargate universe, ‘Stargate Atlantis’ follows the character of Major John Sheppard as he goes around the universe using stargates (space travel portals) with his team. In this series, we see that Sheppard and his team have to visit the long-lost city of Atlantis, a place which was submerged under the oceans of the planet called Lantia. Lantia is located in the Pegasus galaxy, and here, Sheppard and company discover that there is another Stargate network at work. In this series, we also meet one of the fiercest group of villains of the franchise called The Wraith. They are a dormant species whom Sheppard and company resurrect by landing on Atlantis. This induces the wrath of The Wraith who now want to eat the new and unwanted guests of Atlantis. 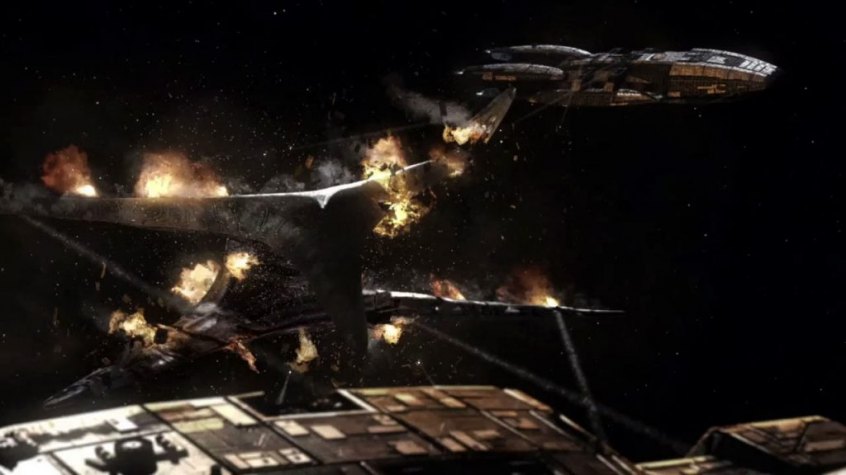 ‘Battlestar Galactica’ is one of the most critically acclaimed space opera TV shows ever, and created a huge television franchise that saw a number of sequels and spin-offs. Events in the series follow those of the miniseries which was initially released in 2003. There we saw human beings enter a war with Ceylons which have now turned against their creator. The battle that follows destroyed the Twelve Colonies of Kobol, the series of planets which were inhabited by humans. Now that these planets have been destroyed, there is the thirteenth and last planet which was still habitable — Earth. This series follows how the surviving president of the 12 colonies leads the remaining humans to Earth while battling the Ceylons who are hell-bent on destroying all human lives. Unlike other space opera series, ‘Battlestar Galactica’ does not indulge in what we call “technobabble”. Serious themes of morality, ethics, and others become the main crux of the show. 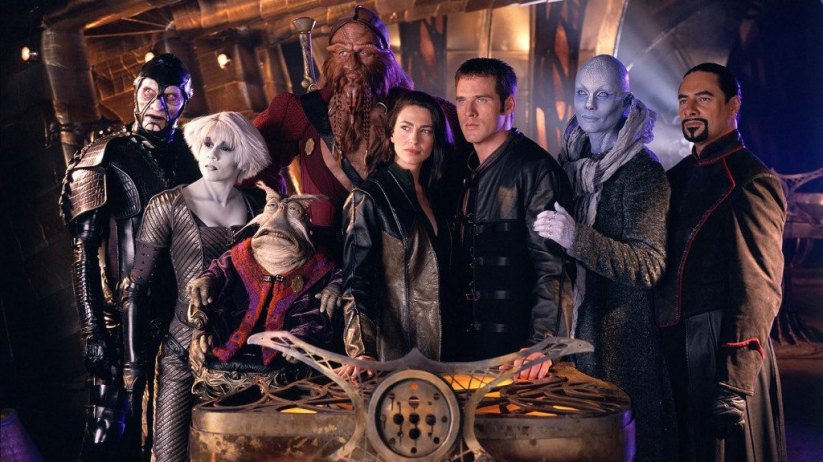 ‘Farscape‘ is the story of a group of aliens who are on the run from the Peacekeepers, a corrupt, intergalactic military organization. On their journey, these aliens, who are on a spacecraft called Moya, come across a man named John Crichton. Crichton explains that he had fallen into a wormhole while conducting an experiment, and landed in an unknown part of the universe. He was also being followed by the Peacekeepers when the crew of Moya rescued him. In a similar manner, they pick up another individual called Aeryn Sun who is a Peacekeeper gone rogue. Together, the group tries to survive the wrath of the group. The series ran for four seasons before it was suddenly canceled, leaving a lot of questions unanswered. Later, one of the producers, Brian Henson, released a miniseries called ‘ Farscape: The Peacekeeper Wars’ to give the series a fitting end. 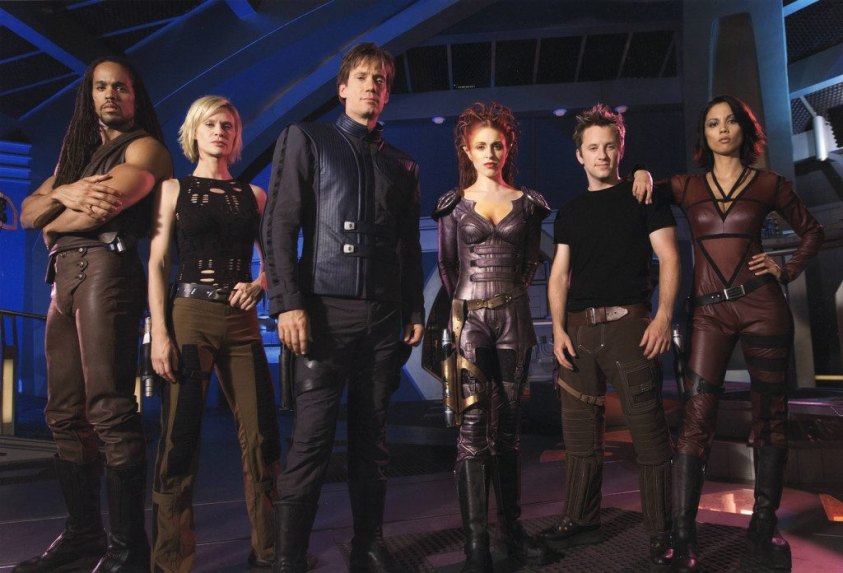 Andromeda is, in reality, among the two closest galaxies to the Milky Way, the other one being Triangulum. In the series, inhabitants of these three galaxies have formed an alliance called the Systems Commonwealth. The Commonwealth falls after being attacked by a predatory species called the Magogs. Dylan Hunt, who belongs to the Andromeda galaxy, is the lead character of the story. When the battle between humans and Magogs happen, Dylan was trapped in a black hole for nearly 300 years. Later, he is rescued by a ‘salvage ship’ called Eureka Maru. They tell him that the Commonwealth is no more, and this period of time is being called ‘The Long Night’. Hunt then recruits the crew of Eureka Maru and attempts to win back the Systems Commonwealth once again. Fun fact: the series has been developed from unused material written by ‘Star Trek’ creator Gene Roddenberry. 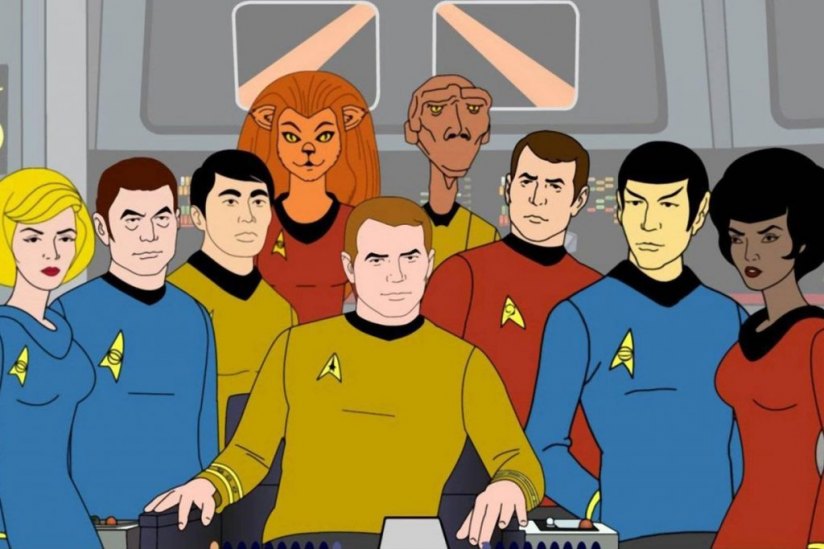 The events of ‘Star Trek: The Animated Series’ are set after those of the original series. The animated series ran for two seasons and a total of 22 episodes. Most of the episodes acted as sequels to the original ‘Star Trek’ series. The official Star Trek website has said that the events in the animated series act as the last part of the spaceship USS Enterprise’s 5-year mission. All the characters from the previous series are also found in this show, and are voiced by the actors who played them in the original series. The series also became the first in the franchise to win an Emmy Award. 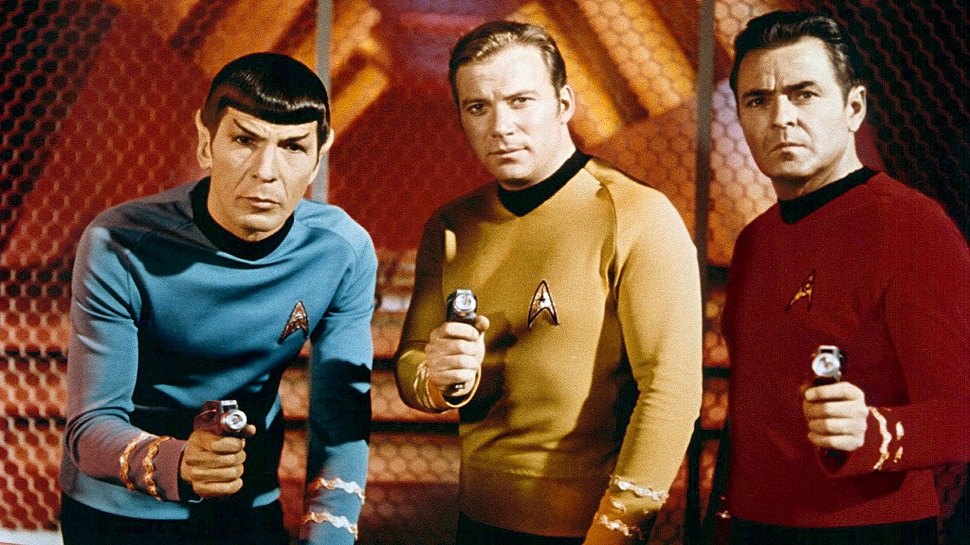 The original Star Trek series first aired on NBC in 1966 and ran for two seasons till 1969. The series was called off abruptly by NBC after it failed to manage impressive ratings. It was only after a few years that the show became a huge hit through reruns on other channels. The USS Enterprise, a spaceship, and its crew are the highlights of the show, as they travel across the universe in their quest to find out newer forms of life and civilizations. Captain James T. Kirk (William Shatner) is the captain of the ship and Dr. Leonard “Bones” McCoy is the Lieutenant Commander.

Commander Spock (Leonard Nimoy), who is the Science Officer of the ship, is the only half-human member of USS Enterprise’s crew. This is because his father belongs to another planet called Vulcan. ‘Star Trek’ has, since its release, created a huge legacy of its own, with many publications declaring it to be the greatest cult TV show of all time. It has created probably the largest franchise ever, which now consists of 13 films, six television series, books, games, toys, and merchandise.