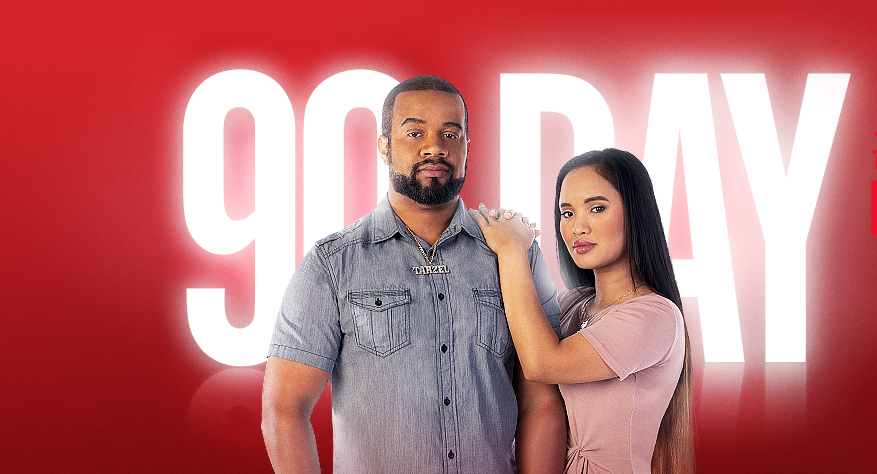 ‘90 Day Fiancé’ and its many spin-offs have been a hit since its inception on January 12, 2014. TLC has successfully kept the audiences hooked to its drama and guilty pleasure content on a simple yet riveting premise. After applying for a K-1 visa, the couples are given 90 days to decide whether they want to take the next step and tie the knot or bid their lovers farewell and head back home. After seven highly-rated seasons, its eighth edition will be gracing the screens on December 6, 2020. Here’s everything you need to know about the new and returning couples of ’90 Day Fiancé’ season 8! 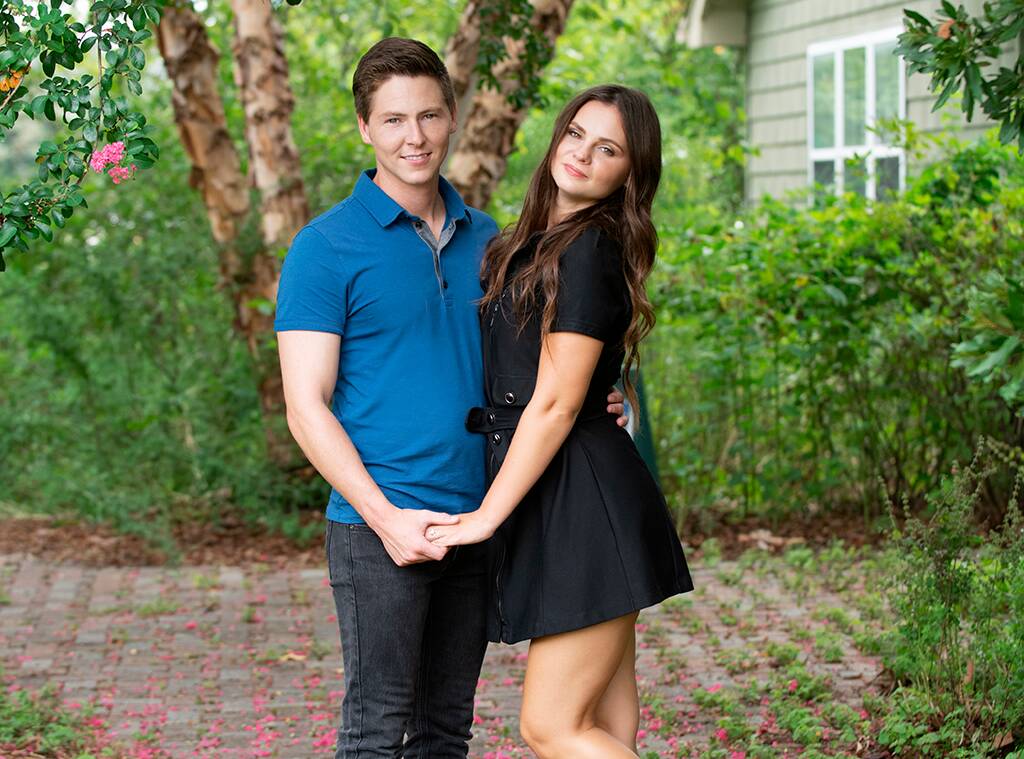 Brandon (27) and Julia (26) hail from completely contrasting lifestyles. He belongs from Dinwiddie County, located in Virginia, while she is a Russian who has lived the city life thoroughly. While their backgrounds could have been a point of a clash between the two, they have instead enjoyed a pretty stable relationship so far. The couple first met through a mutual friend who introduced them on a video call while Julia was at work: go-go dancing in a club.

Fortunately, the virtual meeting did the trick and left Brandon smitten by her radiating personality. He has been raised in a somewhat simpler household in which he still lives with his parents and earns a livelihood by helping them on the family farm. But it took them merely five short months and a single meeting to know that they are, indeed, meant to be. Brandon instinctually felt so sure about Julia that he proposed to the city-girl during their second meeting in Iceland, and she immediately said yes!

There has been no going back for the lovely couple as they are gearing up for Julia’s big move to the U.S. But bursting a bubble of this fairytale are some financial hiccups from Brandon’s side, necessitating them to live with his parents in Virginia for a little while. While his family is more than happy to welcome the love of his life into their modest home, their conservative rules are sure to cause some friction between Julia and her beau. She might also be hesitant to help them out on the farm, a feeling that goes against their expectation of her. 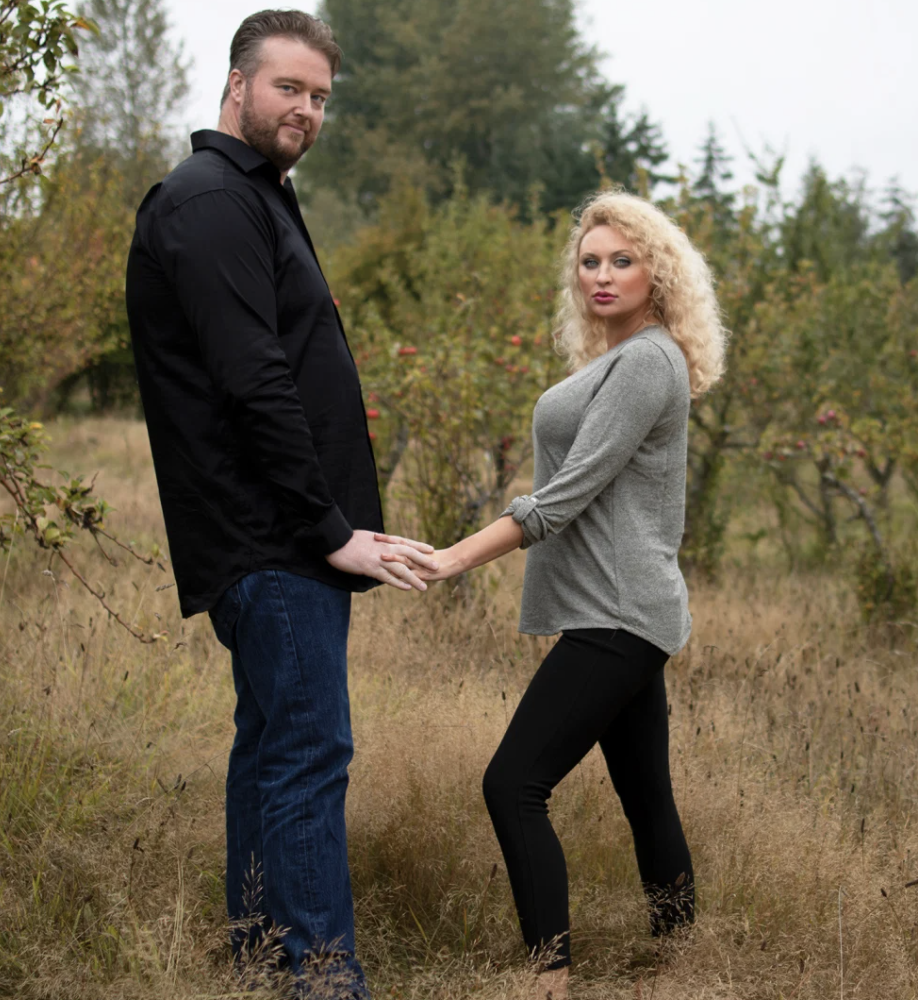 Mike and Natalie are no novice to the workings of a reality show but what the 35-year-olds are experiencing for the first time is the anxiety of their relationship moving too fast. The season 7 couple met each other through mutual friends who asked them to be godparents to their baby. They hit it off instantaneously, and after a period of texting and online dating, finally met in person.

Despite them having freshly come out of unhappy marriages and a poles-apart lifestyle, Mike fell deeply in love with Natalie, so much so that he popped the question to her at the Eiffel Tower during their second meeting. Surpassing the sundry bumps in the road like mistrusting each other and the sincerity of their own feelings, Mike and Natalie have made it to season 8. But this does not indicate that the many problems between them are now over.

After applying for the K-1 Visa, Mike visited his beau’s home country, Ukraine, during the waiting period. Despite their plan working out perfectly, the realization dawned upon them that right after Natalie receives her visa, she would be required to move to the U.S. within 20 days. The two are in a panic mode as sorting out their endless list of mutual issues seems an impossibility before they could even think about committing to marriage within three months. 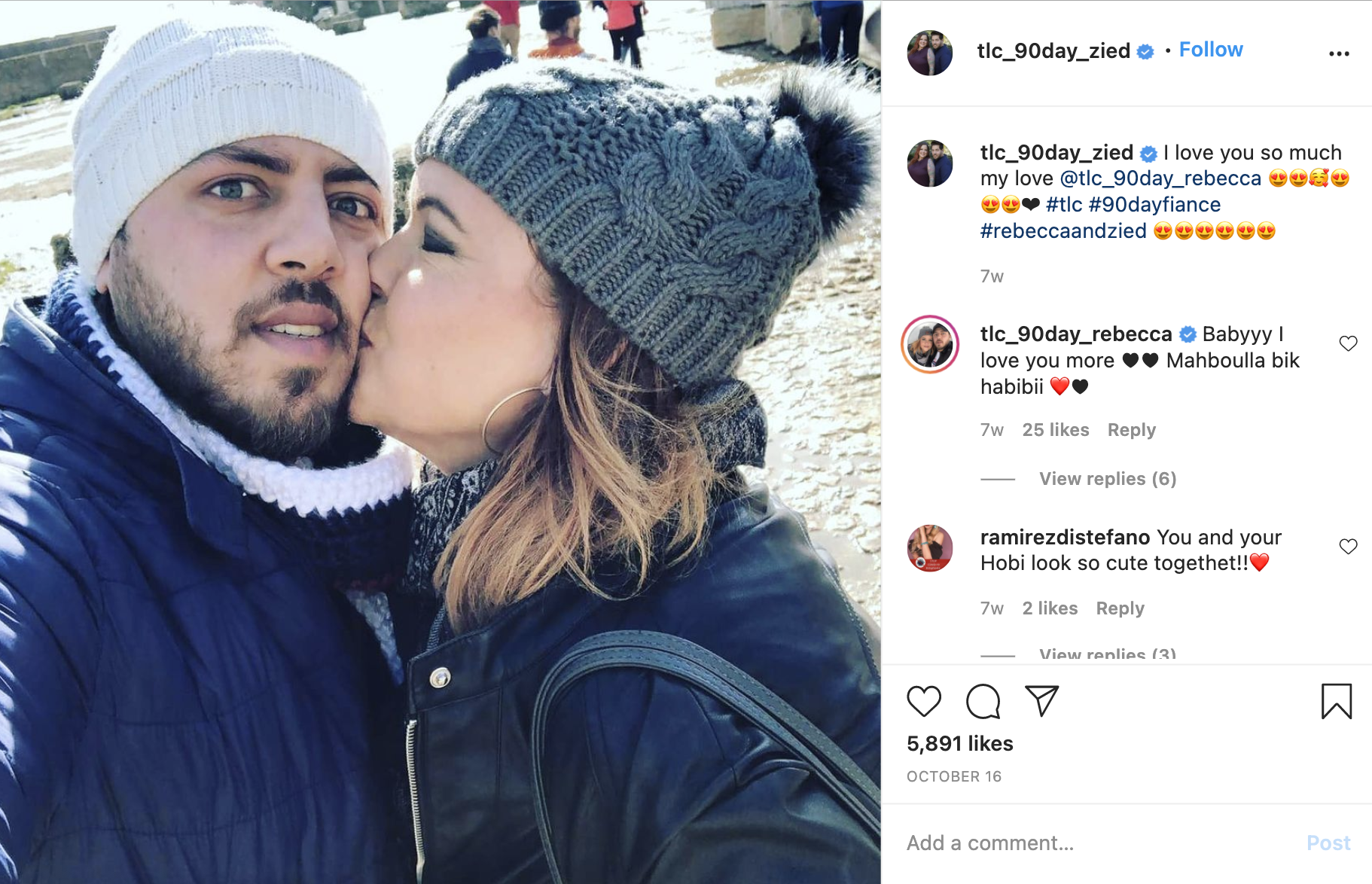 Another pair of ‘90 Day Fiancé’ alums (‘Before the 90 Days’ season 3) – Rebecca (49) and Zied (27) – are now engaged and enthusiastic about beginning the K-1 Visa process. The day of its penultimate step, i.e., Zied’s interview, cannot arrive fast enough for Rebecca. They have shared a blissfully amorous bond despite their vast age and cultural differences.

However, Zied’s conservative religious beliefs continue to create ripples in their relationship and also make her dubious of his real intent to get married. Rebecca’s daughter, Tiffany, and her boyfriend, Micah, express the same suspicion as the Tunisian is hell-bent about tying the knot before Ramadan. Those well acquainted with their love story are concerned for the fan-favorite couple’s future together. 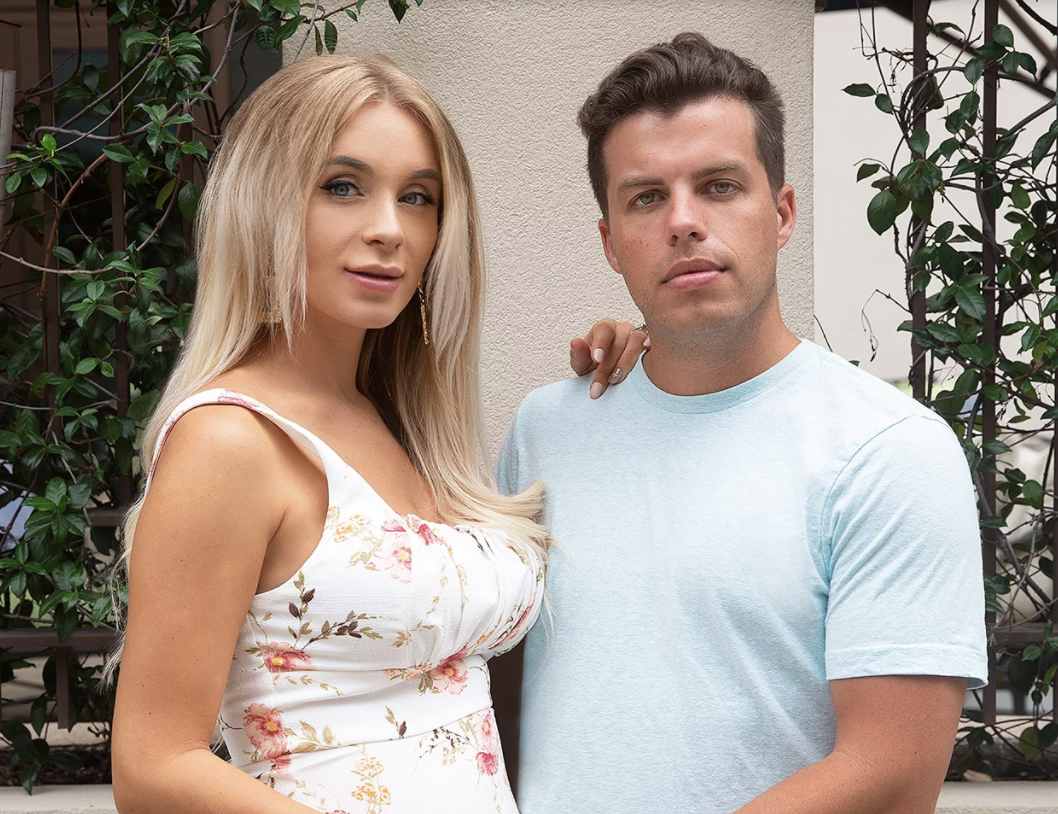 Jovi (29) is a New Orleans, LA-native who met his girlfriend, Yara (25), by the most unconventional medium. While globe-trotting, he downloaded a travel app to facilitate meeting new people and so came across the gorgeous Ukrainian – Yara. They met with the sole intention of hooking-up but unexpectedly developed intense feelings for each other. The couple mutually decided to continue the adventure trip together, which led them to kick-start a meaningful relationship.

After almost six months, Yara conceived Jovi’s child, and the elated soon-to-father proposed to his beau. They even filed for the K-1 Visa to bring her to the stateside. Heartbreakingly, Yara underwent a miscarriage shortly after, but the mishap only brought them closer. Their special bond side-tracked Yara, leading her to disregard his partying ways. But after she lands in America, her inability to accept his lifestyle comes to the forefront. 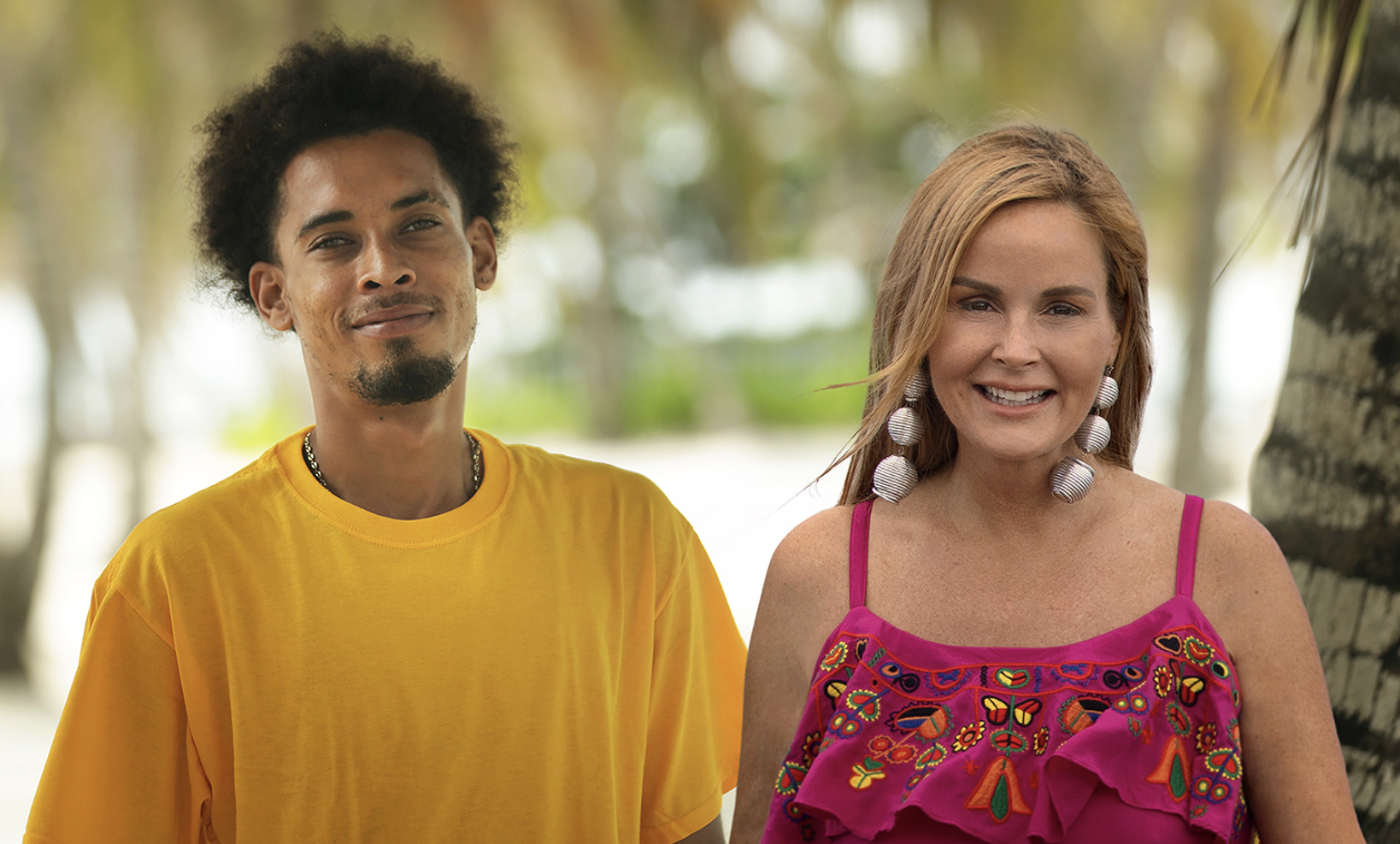 Ryan (27) is a carefree young man from Belize, Central America, while Stephanie (52) hails from Grand Rapids, Michigan. The latter is a dedicated entrepreneur who let slip the simpler pleasures of life in running her two spa centers. Without the experience of a serious relationship, she met Ryan while holidaying on a beach located in his hometown. The two formed an instant connection shortly after sharing a casual conversation.

After a lifetime of living alone, Stephanie finally felt like she had found the one and wished to settle down. Ryan is frequently showered with presents and even provided financial aid by his beau, a feeling he is relishing thoroughly. But after Ryan lands in the U.S., Stephanie expects him to act maturer and less flirtatious. She has her head filled with speculation infused by her friends and family, who majorly distrust his real intention behind dating her. 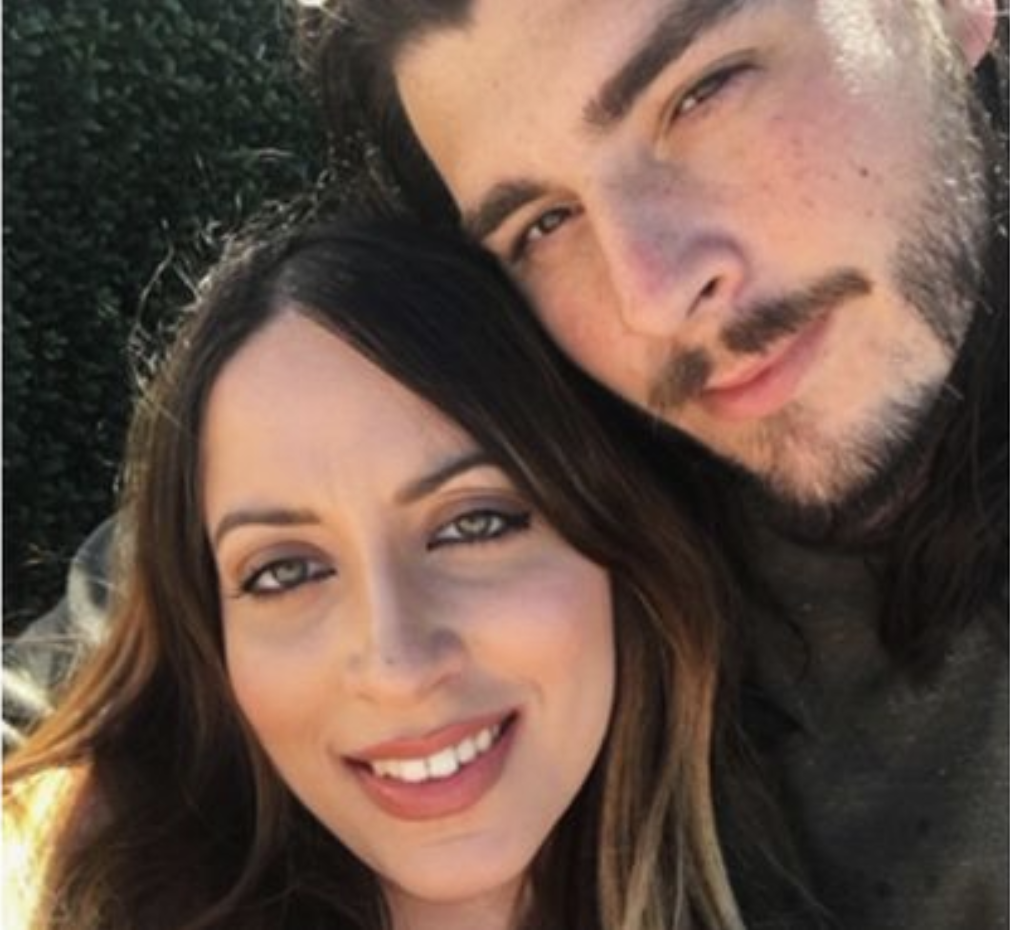 Like hundreds of millennial couples, Amira (28) and Andrew (32) crossed paths virtually on a dating app. But what set them apart is that they actually meant the promises made to each other. In fact, the Roseville, California-native had created a profile solely to find a life partner to settle down with, and luckily, his lady love reciprocated his feelings. After committing to each other, they met for a romantic week in Las Vegas, a trip Andrew saw fit to pop the question to the French beauty.

Amira gladly accepted his proposal, and the two filed for the K-1 Visa that got approved shortly after. But after the series of lucky coincidences, their smooth running relationship has been adversely affected after the world gets hit by the novel coronavirus. Now, Andrew has to tackle several problems before getting his fiance to the United States and that too, before the expiration of her visa. 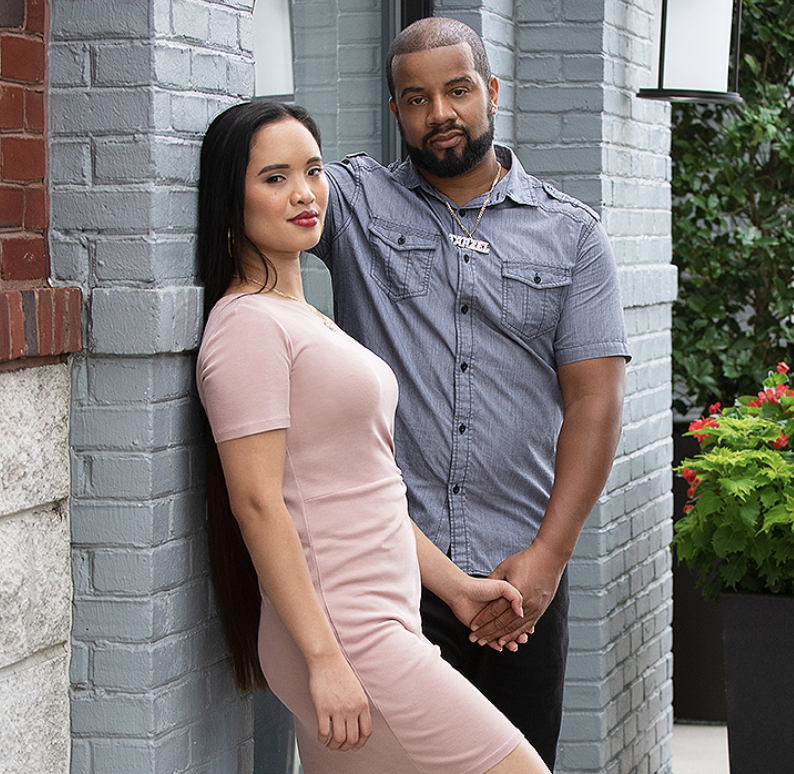 The third couple to make a comeback on season 8 of ‘90 Day Fiancé’ is Hazel (28) and Tarik (46). Before featuring on the second edition of ‘Before the 90 Days,’ they had met each other on a dating website, and after a few days of communication, formed a deep bond. Both come from a similar background of being parents to a child and know the gravity of engulfing into a serious relationship. The Virginia-native went to great lengths to see Hazel in person and put in his best effort in order to fit into her culture. Fans of the pair saw them crossing all hurdles and getting engaged by the end of it.

But the upcoming season brings with it fresh hell and a boatload of drama for the couple. After applying for the K-1 visa, Tarik’s Filipina lover is about to begin her 90 days in the U.S. and has brought her 8-year-old son, Harry. While this makes things different, it does not change how deeply Tarik feels about her. But what directly impacts their relationship is the revelation that his beau is a bisexual and wishes to add another woman to their equation. In addition to this uncomfortable situation, a particular detail about the pair’s past further complicates everything.