90 Day Fiance Season 8: Where Are They Now? Who Are Still Together? 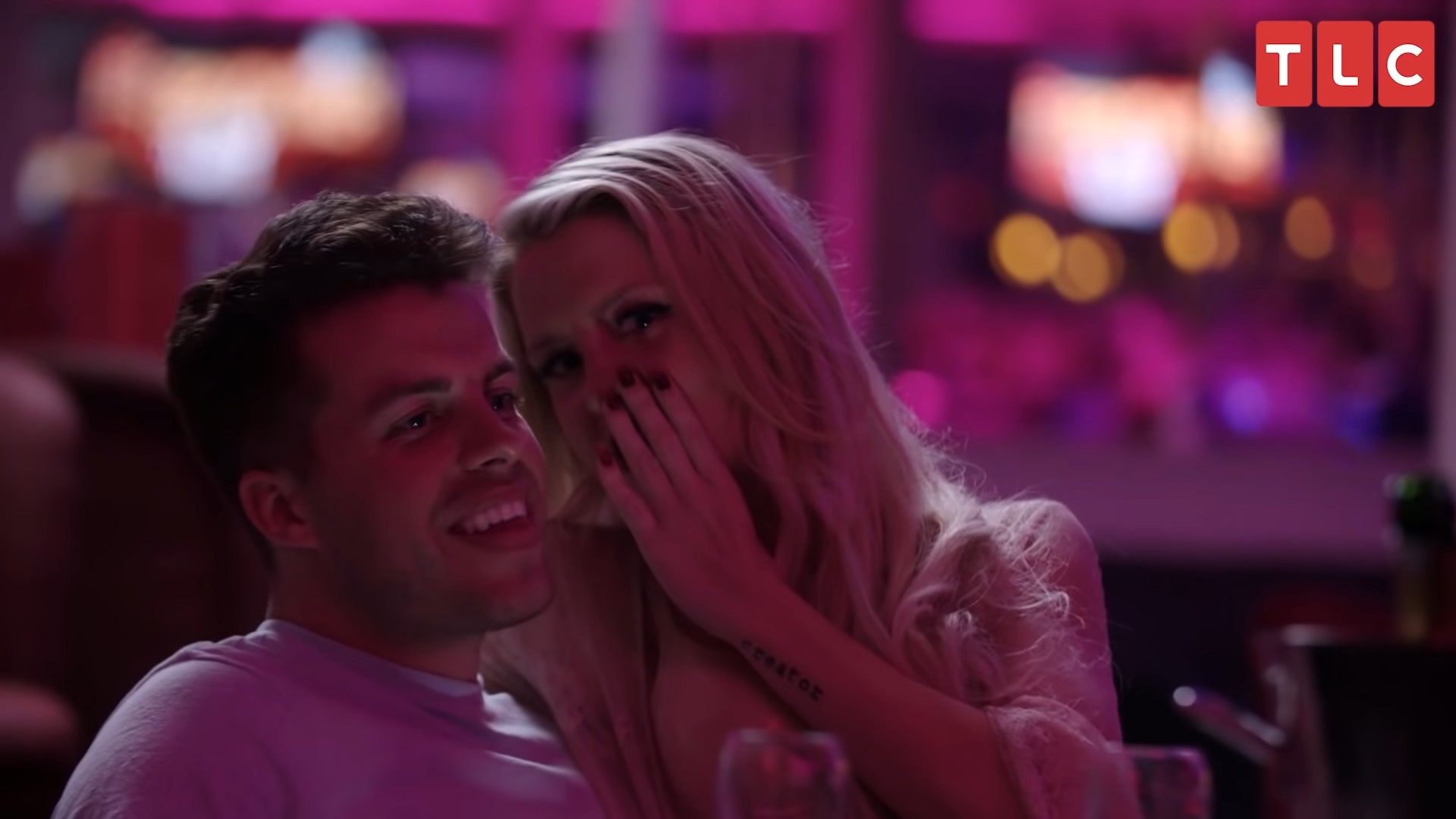 TLC’s ’90 Day Fiance’ is an exciting TV show that showcases the issues faced by US citizens who are engaged to foreign nationals. These foreign partners come to the United States on a K-1 visa that allows them to stay in the country for 90 days, within which they must get married. Although failure to do so will get them sent back, it is almost impossible to settle the issues stemming from differences in lifestyle and habits within such a short period.

The interesting TLC production showcases how each couple tries to reach an understanding, all in the name of love. As season 8 of ’90 Day Fiance’ is behind us, fans are interested in learning whether the couples managed to make their relationship work once the cameras rolled away from them. Well, let’s find out which of the season 8 pairs are still together, shall we?

Jovi Dufren and Yara Zaya – Together

Jovi met Ukrainian Yara through a dating app while in Ukraine, and unlike most couples, they immediately decided to go on a trip together. The trip made them realize how perfect they are for each other. As Yara got pregnant during the journey, they even got engaged sooner than expected. However, tragedy was just around the corner as the pair had to deal with a heartbreaking miscarriage. Moreover, Jovi’s job also compelled him to return to the United States, leaving Yara behind.

Once the Ukrainian native came over to the United States, the couple dealt with several issues. Nevertheless, they were able to reach a mutual understanding, and Yara realized she was pregnant again. In February 2020, the two tied the knot. In September of the same year, they announced the birth of their daughter, Mylah. Since then, Jovi and Yara have been enjoying a blissful relationship. Although they have faced numerous controversies, they never let such rumors affect them.

In 2021, the pair had to move from Louisiana in order to escape Hurricane Ida. However, they have since settled down, and Yara has even launched her own makeup line and online clothing store. At present, the couple is very much together and has embraced their parental duties. They also love traveling extensively, and it is lovely to witness their love grow with each passing day.

Like a lot of other couples, Andrew and Amira met online and were quick to get into a relationship. Amira even traveled to Las Vegas, where the pair met for the first time and later got engaged. However, Amira had to return to her home country of France as she waited for her K-1 visa. Unfortunately, the COVID-19 pandemic put a stop to their plans, as Amira’s visa was approved right when the country imposed the travel ban against European countries.

Although the two tried to find a loophole and decided to meet in Mexico, Amira was detained for a few days and then sent back to France. Still determined not to get discouraged, Amira planned to reach the US through Serbia. However, before she could embark on her journey, the two got embroiled in an altercation that turned serious. Besides, Andrew was accused of allegedly sending abusive texts to his fiancee, and Amira chose to call the engagement off.

At present, both Amira and Andrew are separated, and it seems like their relationship is a closed chapter. While Andrew is happy spending time with his family and friends, Amira has stayed on in North America and is rumored to be happily dating someone new. Besides, reports in November 2021 stated that Andrew had a health scare due to a heart condition from which he has now recovered. Still, with both leading independent lives, we wish them the very best for the years to come.

Brandon Gibbs and Julia Trubkina – Together

Brandon spotted Julia in the background when he was on a video call with a friend in Russia and was quick to make her acquaintance. The pair got close while maintaining a long-distance relationship and finally met in Iceland, where they got engaged. Although Julia got her K-1 visa and came over to the United States, she was compelled to live with Brandon’s conservative family. Unfortunately, Julia could never see eye to eye with Brandon’s parents, leading to several significant altercations.

However, they stood firm through all obstacles and got married in March 2021. Soon after, they were able to move out of their parents’ house, and although Julia’s solo trip to Russia sparked off divorce rumors, the pair soon addressed them as baseless. At present, Julia and Brandon reside in an apartment in Richmond and are quite content together. Witnessing their beautiful memories on social media is pretty lovely, and we hope they remain happy in the coming future.

Rebecca Parrott and Zied Hakimi – Together

Rebecca met her Tunisian fiance, Zied, online before traveling to his home country. Although the two have a 22-year age gap, they were quick to take to each other and seemed very much in love. However, Rebecca was still married to her third husband when she first met Zeid, making the Tunisian feel quite insecure. Although the two faced several issues once in the United States, they tried to meet each other halfway for the sake of their relationship.

On the other hand, Zied also wanted to get married before Ramadan, while Rebecca preferred to wait for a bit more. Still, the pair were able to work out their issues and tied the knot in April 2020. Since then, the couple has made their marriage work and currently reside in Georgia. Zied even found a job at a local furniture store, and the couple seems happier than ever. Although they have been planning to move to Florida for quite some time, Zied and Rebecca are content in their current lives, and we wish them all the happiness for the future.

Mike and his Ukrainian fiancee, Natalie, had numerous twists and turns in their relationship. Initially, they were quite happy as Mike went to Ukraine to meet his love. However, they soon found themselves at loggerheads and could not seem to agree on topics like religion and children. The differences grew quite serious, and Mike decided to cancel the engagement and fly back with his ring. However, once Natalie’s K-1 visa was confirmed, she came over to the US and tried to rekindle their relationship.

Unfortunately, most of their issues had remained unsolved, and the two found themselves embroiled in the same arguments. Nevertheless, determined to make their relationship work, they took the help of a therapist and even set a marriage date. Unfortunately, Mike and Natalie got into another fight on their wedding day, and the event was called off. Yet, the story did not end there, as Natalie came back to collect her passport from Mike, and the pair could not resist each other. They forgave each other for their past differences and reportedly tied the knot on April 15, 2020.

Interestingly, their reported marriage did not last long as the pair revealed they had broken up on the spin-off show ’90 Day Fiance: Happily Ever After?’ Thus, at present, they seem to be leading separate lives as Mike is spending his days surrounded by friends and family. Besides, reports mentioned that he was still living in Sequim, Washington, but currently appears to be single. On the other hand, Natalie now resides in Florida and is a part of the show ’90 Day: The Single Life.’ She has also been rumored to date a man called Johnny, although her social media show her living an independent and successful life.

Stephanie and Ryan met in his home country of Belize during a beach party and had an instant connection. Although they seemed to be enamored with each other, things soon fell apart as Stephanie cheated on Ryan with his cousin. Although the Belize native tried forgiving her, the emotional wounds proved to be too deep, and Ryan and Stephanie separated.

Following their separation, Stephanie began dating Ryan’s cousin, Harris, and even had him come over to the States on a K-1 visa. However, their relationship did not last. Soon, rumors of Stephanie having moved over to a man named Quincy Carver began doing the rounds. At present, the US native is leading an independent life and seems to be single. On the other hand, Ryan is enjoying life in his home country and appears to be quite content.

Tarik Myers and Hazel Cagalitan – Together

Tarik and Hazel had an interesting relationship as they are both single parents and had gotten divorced once. Moreover, they had also dated the same girl before coming on the show, which formed a tumultuous love triangle. Still, once Tarik proposed to Hazel through a rap song, she accepted and decided to come over to the United States. Although Hazel found it difficult to leave her child behind, she managed to meet Tarik in the US, and it seemed like the pair had excellent compatibility.

Besides, Tarik was also quite understanding of Hazel’s decision to explore her sexuality after marriage. Although the pair got married soon after, 2021 brought trouble as the two apparently unfollowed each other on Instagram. Soon after, Tarik indicated that they might have broken up and were living separately. However, we are happy to report that the breakup was mere speculation as the two are very much together. Tarik and Hazel appear quite delighted in each other’s company at present, and we hope happiness never eludes them in the long run.