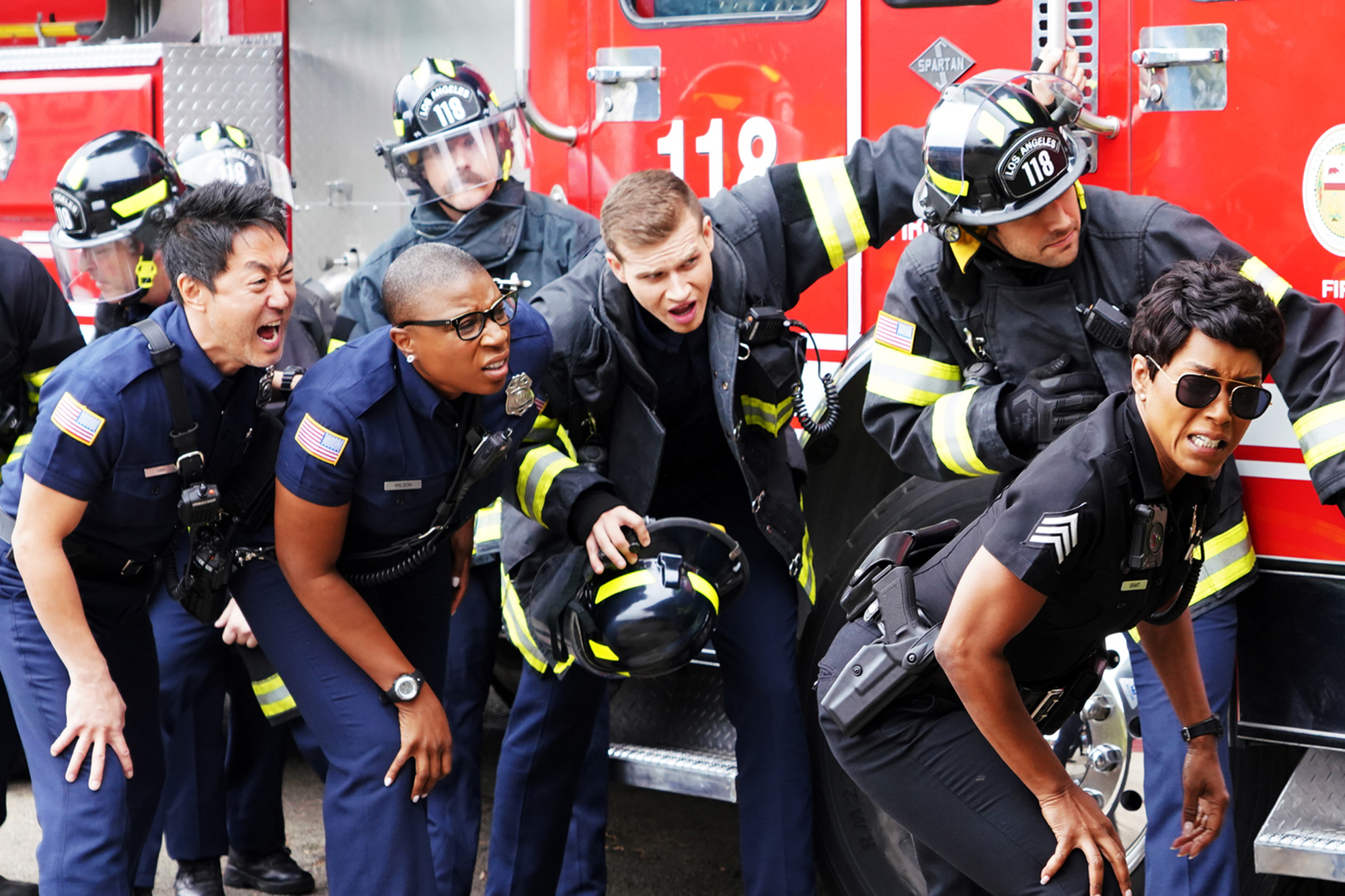 ‘9-1-1’ is a show that portrays a bunch of characters trying to juggle their professional responsibilities which involve life-or-death situations and their own personal conflicts. To be clearer, the series revolves around a group of first-responders in Los Angeles, California. The characters belong to a range of professions including firefighters, paramedics and police officers.

The series presents a character-driven narrative that is made more engaging by the edge-of-the-seat emergencies that are depicted in each episode. Such a template is made use of by medical dramas frequently.

As mentioned earlier, ‘9-1-1’ follows a bunch of first responders from Los Angeles, California. Hence, all of the series is set in L.A. Due to the format of the show, a large chunk of it is set in the first responder’s unit and the fire department where the major characters are stationed. However, each episode also takes them to a different location in the city thanks to the varying emergencies that are thrown at them. Hence, many viewers might be wondering whether the show is actually filmed in Los Angeles or not.

‘9-1-1’ has been entirely filmed in the location that the show is set in: California. The fire department where the characters work is the most frequently appearing location on the series. Scenes set inside the fire department are actually filmed inside a warehouse building on 4506 Cutter Street, Los Angeles. Moreover, according to local sources, filming is also carried out at Fox Studios on 10201 W. Pico Boulevard. Apart from that, the series is filmed on-location at a variety of places in California. Moreover, scenes set in Grant’s home are filmed on 1818 La Manzanita Street in South Pasadena.

Filming of a new television show called 911. I don't know if it is a remake of the original Emergency 911 of the early 1970's when the Paramedic program began in Los Angeles County. This show sparked my interest in… https://t.co/YJFY5f3vZ7

In the final episode of the second season, the team responds to an emergency involving a stuntman whose hair gets stuck in his engine. This scene is filmed on Irwindale Speedway on  500 Speedway Drive in Baldwin Park. Next, a scene in the seventeenth episode of the second scene was filmed inside Agua Dulce Winery on 9640 Sierra Highway in Santa Clarita. The scene filmed here is the one wherein a teacher falls into a vat of chocolate at a chocolate factory.

Next, the exteriors of Bobby Nash’s apartment as seen in the sixteenth episode of the second season were filmed on 609 N. Glenoaks Boulevard in Burbank. The AA meeting that Nash goes to during this episode was filmed at Hollywood Presbyterian Church on 1760 N. Gower Street in Hollywood.

Scenes set in Maddie and Doug’s house are filmed on 1776 Braeburn Road in Altadena. Additionally, the scene where Chimney goes to bar in the twelfth episode of the second season was filmed on 10400 Culver Boulevard in Culver City. The scene involving Chimney and Kevin Lee training in the same episode was filmed at the Frank Hotchkin Memorial Training Center on 1700 Stadium Way. Lee’s funeral in that episode was filmed at Gettysburg Avenue.

The eleventh episode of the second season of ‘9-1-1’ sees the team dealing with an incident involving a live shark. The scene wherein the shark is released into the water was filmed on 3720 Stephen M. White Drive in San Pedro. Next, scenes set in the school in the tenth episode of the second season were filmed at Eliot Arts Magnet School on 2184 N. Lake Avenue in Altadena.