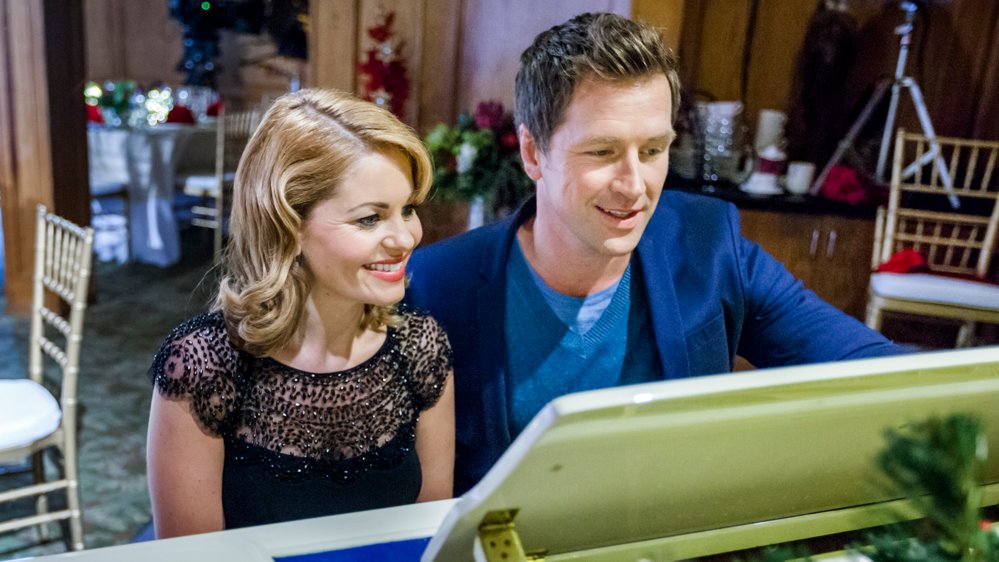 ‘A Christmas Detour’ is a Hallmark Channel made-for-TV holiday movie that follows the love story of a soon-to-be-married Paige Summerland and the cynical man she meets when her flight to New York City is rerouted due to bad weather. Paige is a writer for the ‘Radiant Bride’ magazine and has a vision board for her “perfect life with a perfect husband.”

A Christmas trip to her fiance Jack Collins’ family home in New York City is derailed when her flight is rerouted to Buffalo, New York, because of a snowstorm. Soon, Paige finds herself stuck with the man in the seat next to hers on the flight. He is a jaded bartender named Dylan MacKenzie, who is seriously disillusioned with love. Completely snowed-in and stuck in Buffalo, Dylan and Paige decide to drive to NYC, taking a long-time married couple, Frank and Maxine, along for the ride.

As Frank and Maxine rediscover their love for each other during the road trip, Paige and Dylan find themselves caught in a growing attraction. As Christmas draws closer, Paige finds herself questioning the vision she had for her life, along with her choice of a partner. Curious to know where ‘A Christmas Detour’ was filmed and who is in the cast? Here’s everything we know.

‘A Christmas Detour’ was filmed entirely on location in Canada. Filming wrapped up in a matter of a few weeks in the summer of 2015. Here are more details about the specific filming location seen in this movie.

The city of Langley in British Columbia, Canada, served as the main filming location for ‘A Christmas Detour.’ Langley is one of the most popular Canadian cities to double for small-town America in countless films and TV shows. In fact, some rather lucrative tax benefits pull many production houses to the area each year.

Some of the other movies to have filmed in Langley are ‘To All the Boys I’ve Loved Before,’ ‘Percy Jackson: Sea of Monsters,’ ‘The Twilight Saga: Eclipse,’ ‘The Hurt Locker,’ and ‘Jennifer’s Body.’ Popular TV shows such as ‘Supernatural,’ ‘The Vampire Diaries,’ and ‘Once Upon a Time’ have also been filmed here.

Holiday movie veteran, Candace Cameron Bure, stars in ‘A Christmas Detour’ as the leading lady, Paige Summerland. Bure is best known for her portrayal of D.J. Tanner in ‘Full House’ and ‘Fuller House,’ and as the crime-solving heroine in ‘Aurora Teagarden Mysteries.’ Opposite her, playing the role of Dylan is Paul Greene (best known for ‘Bitten’ and ‘When Calls the Heart’).