A Model Family Ending, Explained: Who is the Mole? Who Killed Han-cheol? 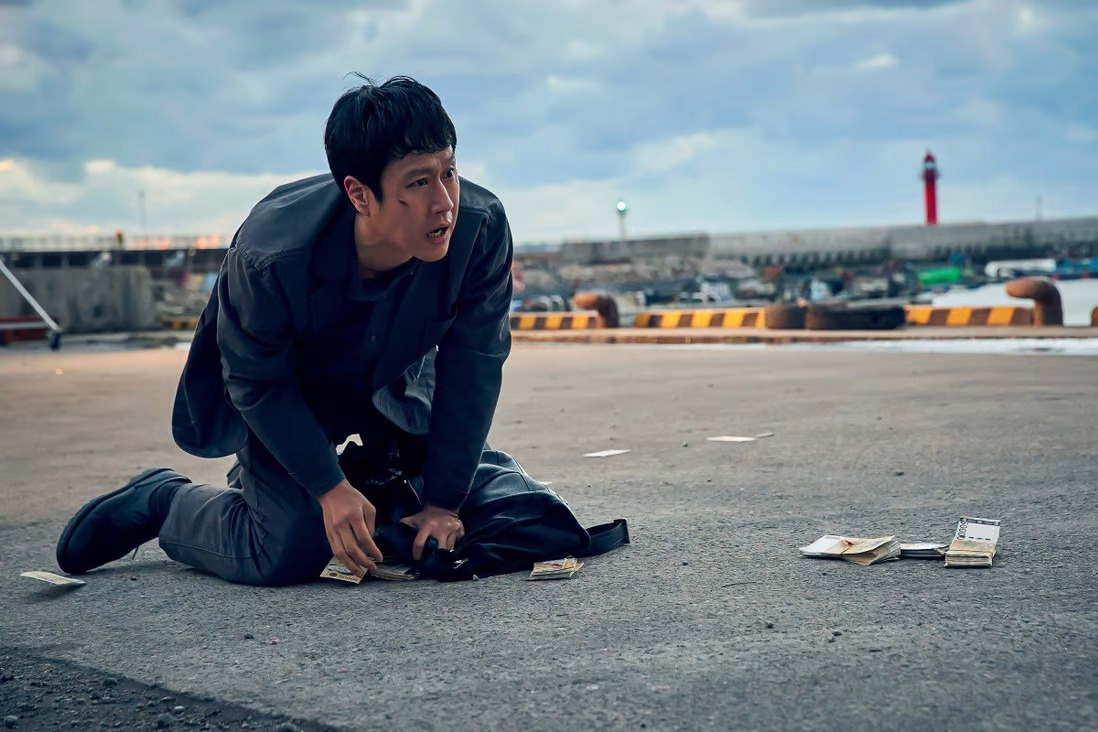 Even intelligent, well-made thriller movies and TV shows make the mistake of giving their protagonists an intellectual plot armor. Their actions don’t seem to have consequences even when they would have in a remotely realistic scenario. They escape the fall of the proverbial dominos every time simply because they are the protagonists. However, once in a blue moon comes a show or a film that takes this stereotypical approach of storytelling and turns it on its head. One such show is Netflix’s South Korean thriller series ‘A Model Family.’ It puts its protagonist, Park Dong-ha (Woo Jung), through hell. A family man through and through, Dong-ha discovers that he must become a drug mule to keep his wife and children safe. Here is everything you need to know about the ending of ‘A Model Family.’ SPOILERS AHEAD.

One brief look at the show and the main family is enough to tell you that irony is at play in the title. The Parks are not a model family by any definition. However, it’s not entirely because of a lack of effort. There was a time in the past when things were simpler, and the family was happy. Now, their circumstances have sucked that happiness right out of their lives. Dong-ha and his wife Eun-ju were literature students at university, but the latter couldn’t graduate as she became pregnant with a daughter, Yeon-woo. A few years later, after their son, Hyun-woo, came along, the family discovered he was sick and needed a heart transplant. Since then, the hospital has become their second home.

Dong-ha is an assistant professor at a university, whereas Eun-ju works as a translator. The money they earn just isn’t enough to support the family and pay Hyun-woo’s medical bills. And yet, making enormous sacrifices, they managed to gather the money for Hyun-woo’s surgery. As the series begins, we learn that Dong-ha has lost all that money trying to secure a position as a full-time professor. Although his wife doesn’t know about this yet, she has grown deeply resentful of him and is preparing to divorce him.

One day, while returning home, Dong-ha comes across a van with two dead bodies and an exorbitant amount of money inside. Thinking it’s an answer to his prayers, he takes the money, buries the bodies in his yard, and cleans the van before abandoning it. But as mentioned above, actions have consequences in this show, and Dong-ha, who has never ventured to the wrong side of the law before, makes appropriate mistakes and draws the attention of the police.

It is revealed that the money Dong-ha now has in his possession was generated through the drug trade. There are basically two gangs at the start of the show. The Sangseon Ring brings the drug to South Korea, while the Yongsoo Ring is in charge of the distribution. The money was meant to be the payment for a shipment of drugs. As it has not reached where it is supposed to, the members of the Yongsoo Ring find themselves in mortal danger. Their leader, Yong-soo, sends one of his trusted lieutenants Ma Kwang-chul to find the money.

Meanwhile, one of the two men whose bodies Dong-ha found is revealed to be Han-cheol, an undercover police officer. Detective Kang Joo-hyun begins investigating the case, despite her superiors telling her not to look into the death of Han-cheol. They fear that if it becomes known that an undercover officer died, it will destroy their careers. Both Kwang-chul and Joo-hyun move into Dong-ha’s neighborhood. The former wants to find the money, while the latter wants to maintain surveillance on the former and find what happened to Han-cheol.

After Dong-ha digs out Han-cheol’s mobile phone, he discovers that his wife was having an affair with the man. In episode 3, Kwang-chul realizes that it was Dong-ha that took the money. Initially, Kwang-chul wants to kill Dong-ha, but then he figures out that the assistant professor is worth more alive. After all, Dong-ha is a family man with a sick child; he will do anything to protect his loved ones. And that’s how Dong-ha becomes a drug mule for Kwang-chul.

In the season 1 finale, the Yongsoo Ring completely dismantles following the deaths of Yong-soo and his brother-in-law Choi Kang-jun. Joo-hyun finds a way to deliver justice to the mole within the police department that supplied information to Yongsoo Ring. Kwang-chul establishes control over the distribution of drugs, and Dong-ha decides to turn himself in to the authorities.

A Modern Family Ending: Does Dong-ha Save His Family?

From the moment he has found that money in that van, Dong-ha’s life has been spiraling out of control. The way Eun-ju treats him is absolutely horrendous. Although ‘A Model Family’ attempts to establish that her behavior stems from years’ worth of disappointment and broken dreams, the sheer viciousness of her attacks leaves Dong-ha emotionally destroyed. This only increases after Eun-ju discovers what he has done with the money they had saved up for their son’s operation.

Yes, Dong-ha saves his family, but the ending indicates their ordeal isn’t over. As he serves as the drug mule and delivers an undiluted solution of methamphetamine disguised in the form of water bottles to Kwang-chul’s customers. An unlikely bond forms between the two men. Ultimately, Kwang-chul protects Dong-ha and his family by eliminating Messenger, the dreaded cleaner that the Sangseon Ring sends after the money goes missing. 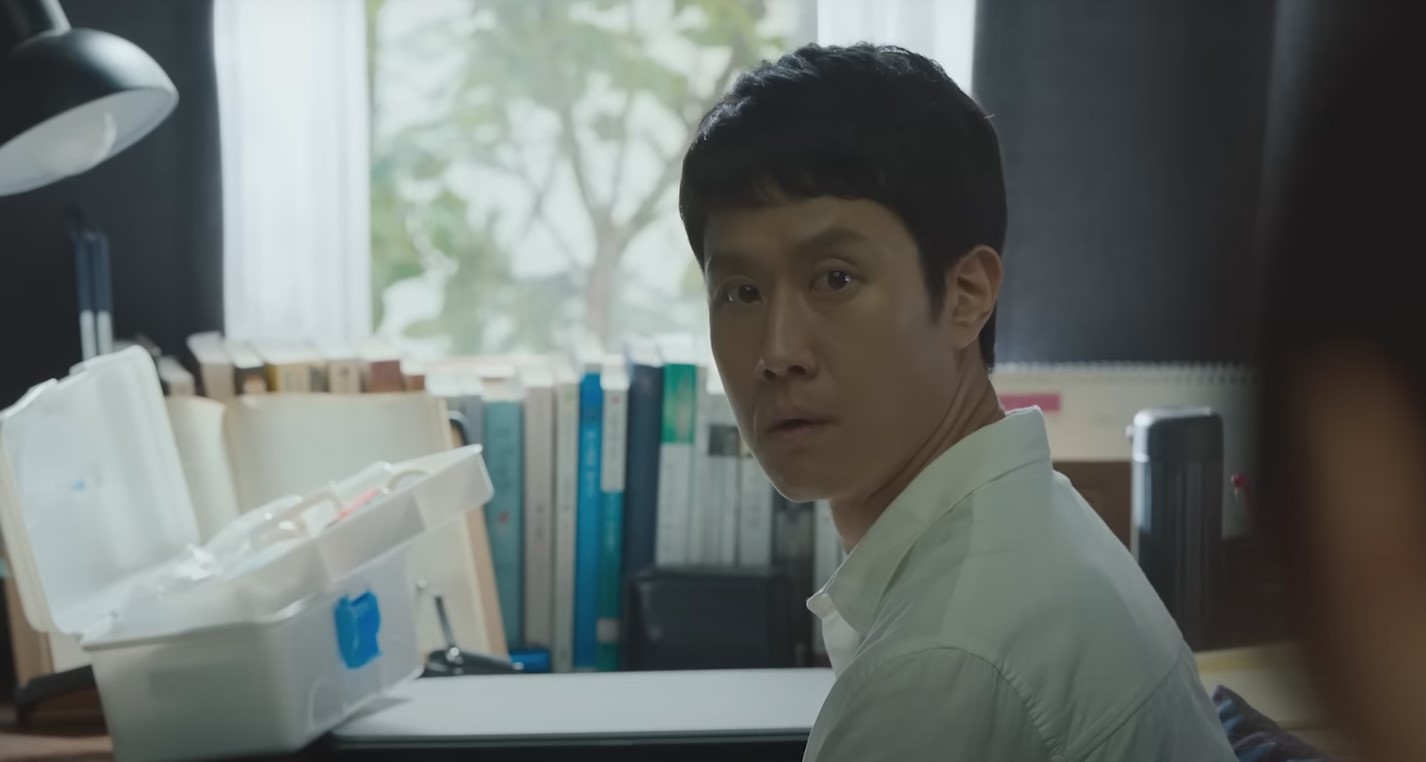 The lives of the Park family members are further complicated when Dog-ha’s father, Deuk-soo, shows up. He is a swindler whom Joo-hyun finds and sends toward Dong-ha, hoping that he will be able to convince his son to approach the authorities. Even though he hasn’t been there for Dong-ha before, Deuk-soo comes through for his son and his family.

When the season ends, the marital issues between Dong-ha and Eun-ju are far from being solved. As Dong-ha approaches the police precinct to turn himself in, he receives a phone call. A mysterious man speaks from the other end, telling him to keep the phone safe because the lives of his family depend upon it. And the circle seems to begin again. This mysterious man can’t be Kwang-chul or his underlings. So, he is likely one of the high-ranking members of Sangseon Ring, targeting Dong-ha because of his connection to Kwang-chul.

Who is the Mole in the Police Department?

During her investigation, Joo-hyun discovers that there is a mole in the police department, and it is that person who supplied information about Han-cheol. She eventually learns that lieutenant Jung-kook is the mole. She is the one who advised Kang-jun to take out Han-cheol. When Jung-kook discovers that her secret can be exposed any given moment, she fatally shoots Yun-seok, a police officer who was working closely with Joo-hyun, to hide her wrongdoings. Unfortunately for Jung-kook, Yun-seok records the entire incident that leads to his death. 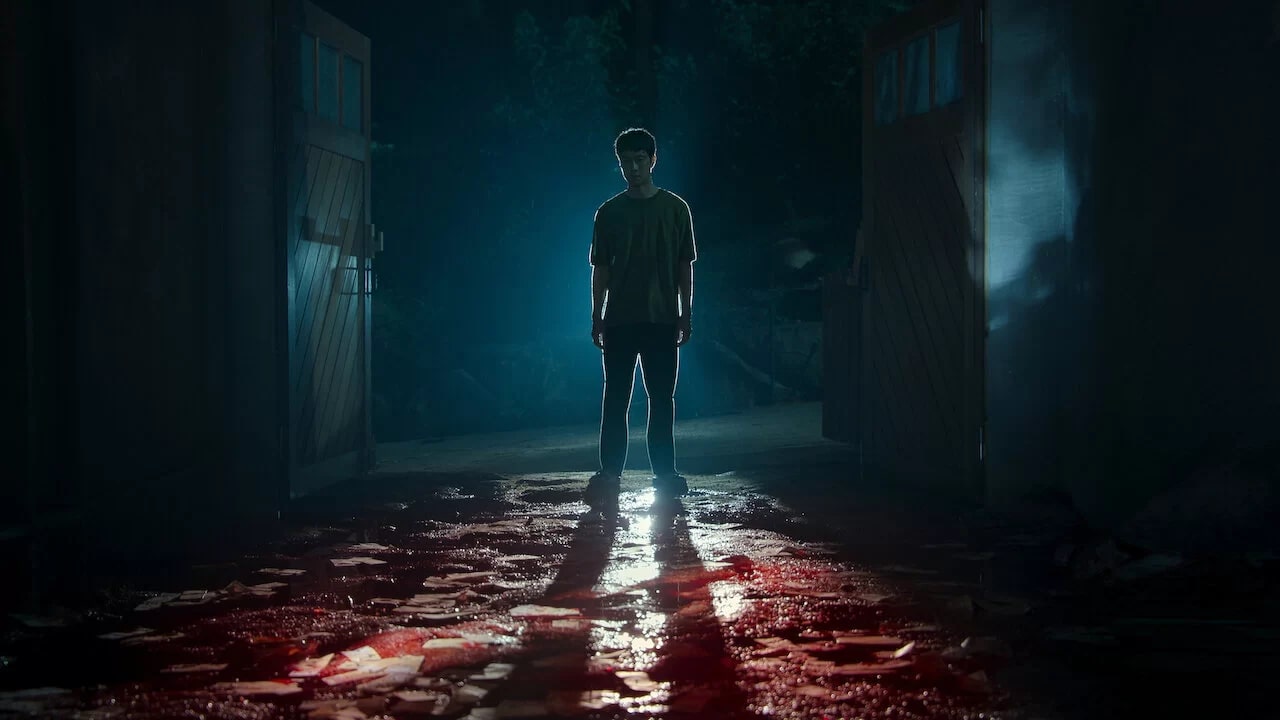 Joo-hyun had romantic feelings for Han-cheol, and she was really fond of Yun-seok. She leaves the evidence she has gathered against Jung-kook with two trusted officers, before going to the precinct and virtually executing her erstwhile mentor. Although Joo-hyun is arrested, the entire fiasco involving Han-cheol’s death and the law enforcement officials’ complicity comes to light.

One of the prevalent mysteries of ‘A Model Family’ is the death of Han-cheol. In the season finale, Dong-ha digs out the van’s dashcam and learns what actually happened on that fateful evening. While Han-cheol and his partner, Myeong-su, were heading to the designated meeting spot to deliver the money. Myeong-su received a call, likely from Kang-jun, and told Han-cheol to pull over so he could urinate. The moment Han-cheol stopped the car, Myeong-su attacked. Both men died in the encounter. With his last breath, Han-cheol said Eun-ju’s name just as his van bumped into Dong-ha’s car. Later, Joo-hyun finds Han-cheol’s body after Dong-ha sends a photo of the location through the man’s phone.

Read More: Where Is A Model Family Filmed?