Abandoned Ending, Explained: Is the House Haunted? Is Sara Pregnant? 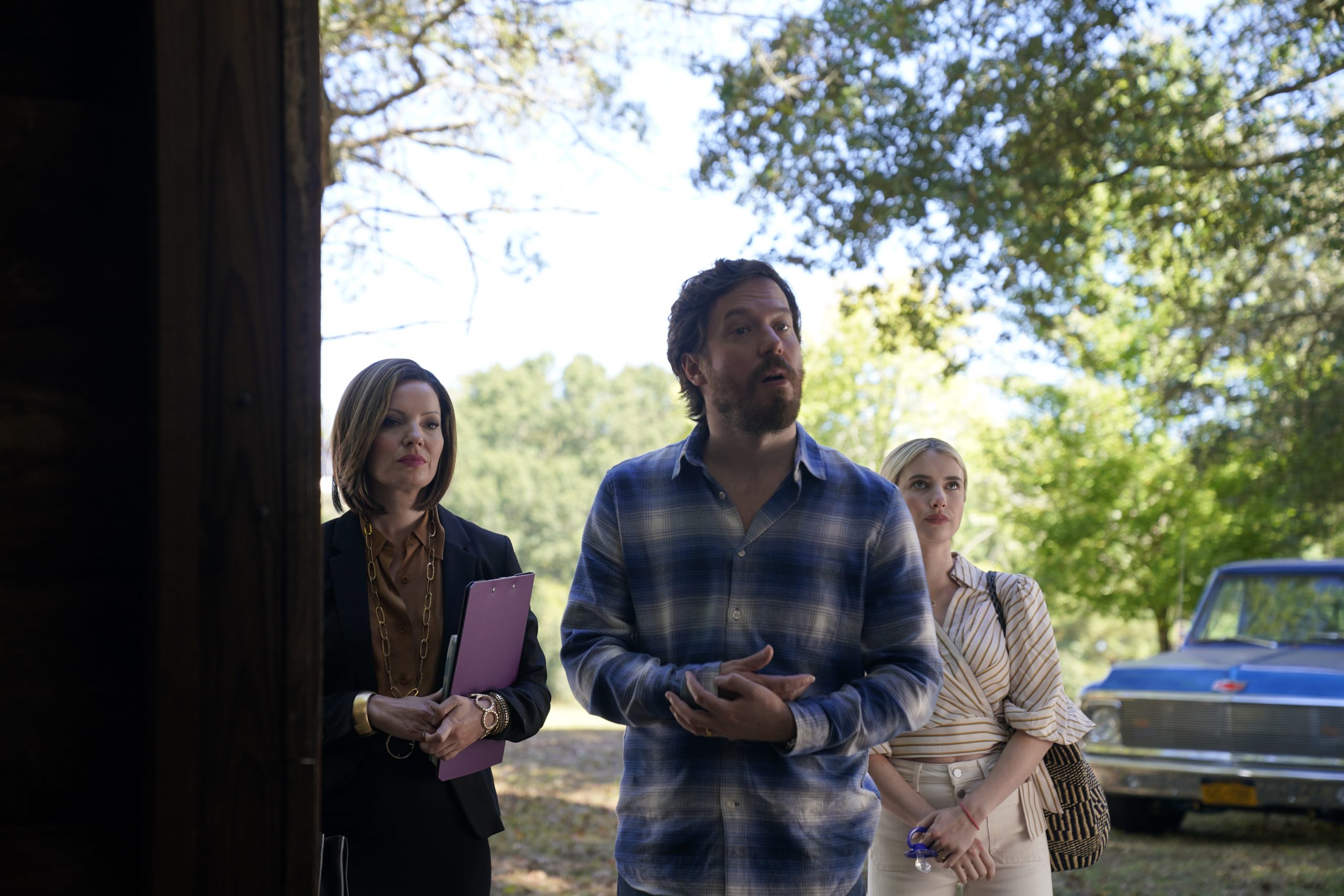 Directed by the debutant filmmaker Spencer Squire, ‘Abandoned’ is a 2022 psychological horror film. The story revolves around a young couple, Sara (Emma Roberts) and Alex (John Gallagher Jr.), who move to a remote farm along with their baby Liam. They are originally from the city, but Sara has been struggling since Liam’s birth, so Alex thought a change of environment would be good for them. But after arriving at their new home, the family discovers its tragic past and still decides to make it their home. However, Sara soon starts seeing what she believes to be the ghosts of the erstwhile owners, which strains her relationship with her family. Here is everything you need to know about the ending of ‘Abandoned.’ SPOILERS AHEAD.

Sara and Alex have lived in the city since the beginning of their relationship. But since the birth of their son Liam, Sara has begun suffering from postpartum depression. Hoping that a change of environment will help her, Sara and Alex buy a remote property in the countryside and leave the city behind. Their realtor, Cindy (Kate Arrington), doesn’t volunteer much information about the history of the property. But noticing how long it has remained unsold, Sara asks why. Cindy is reluctant to share the reason, and Alex is reluctant to let Sara hear it, but it is revealed that the house was previously occupied by the Solomon family. Anna Solomon killed her father and her daughter before committing suicide.

Desperate for a fresh start, Sara and Alex still buy the house and move in. However, it isn’t long before they realize that they should have inspected the house a bit more thoroughly before purchasing it. They find a room with locked doors and a weirdly-placed wardrobe hiding another locked door behind it. The windows of their daughter’s room are firmly shut. Sara and Alex meet their strange neighbor, Renner (Michael Shannon), who barges straight into the house when no one responds to his knocking and claims that this is how things are done in this part of the country. 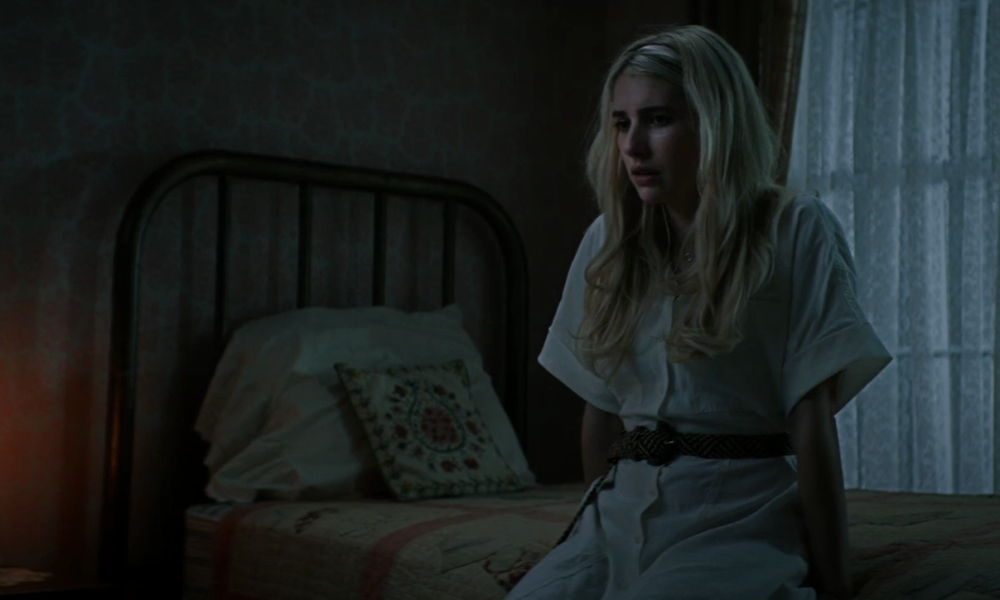 Perhaps the most troubling aspect of ‘Abandoned’ is Liam’s incessant crying. It adds to the sense of dread that seems to be ever-present in Sara and Alex’s new home. Sara never really felt a strong connection to her son. Breastfeeding the child apparently helped, but marginally. Moreover, she has to stop taking her anti-psychotic drugs to be able to breastfeed Liam, which predictably starts to have adverse effects.

Alex is a veterinarian. Moving to a new location means that he needs to acquire a new clientele. As he now lives virtually in the middle of nowhere, most of his clients are farmers, living miles away from him and each other. This leads to Alex being absent most of the time, leaving Liam with Sara at their new home. As Sara begins hearing odd noises around the house and things go missing, she becomes obsessed with the Solomons and soon starts seeing them around the house.

Abandoned Ending: Is the House Haunted?

Perhaps the most prevalent question at the end of the film is whether the house is haunted. Sara endures these horrible things throughout the movie, but she remains the only person to do so. Alex cohabits the house with her, but he never once sees the things that she does. It becomes increasingly apparent that the horror aspect of ‘Abandoned’ is entirely allegorical, meant to underscore Sara’s postpartum depression.

With her slight build and blonde hair, Sara looks quite similar to Anna. Her brain seems to latch onto that information and makes her believe that the ghosts of Anna and her Robert are still there. The film makes it clear that Sara is suffering from postpartum depression quite early, but its severity is revealed only later. She wears a rubber band around her wrist to deal with her anxiety issues and discern between real and unreal. During one of her hallucinations, Liam nearly falls down the stairs. Fortunately, Alex comes out of the bedroom in time and saves their child. Sara also throws out her milk. Fearing for his son’s safety, Alex decides he can’t leave Liam alone with Sara. He arranges for a psychiatrist to come and speak to her. Dr. Carver prescribes anti-psychotic drugs, which Sara doesn’t take but lies to Alex that she did.

In the climactic scene, Sara convinces Alex to leave after receiving an emergency call from one of his clients, assuring him that she and Liam will be fine as she has taken the drug. She begins to hallucinate not long after he has left. This time, it’s not Anna or her physically and sexually abusive father but the two feral Solomon boys that she comes to believe still live in the house. Until now, her subconsciousness has manifested as the abuser, but this time, they do so as protectors, accusing Sara of abusing her child and telling her that Liam now belongs to them.

This seems to imply that all the time that we see Liam crying when he and Sara are alone in the house is the result of his mother’s neglect or downright abuse. Sara’s psychosis has manifested in such a way that she doesn’t remember what she has done to her son and created the entire experience of being haunted in her mind. It’s the same mind that now puts her on trial, threatening to separate her from Liam. By confronting these issues, she finally seems to form a real connection with her son. By the time the morning comes, and Alex returns, Sara has exorcised her demons. This likely doesn’t mean that she is completely cured. Depression doesn’t work that way. But now, she is at least prepared to confront her issues.

The film’s final sequence takes place a few years after Sara and Alex have moved into the house. Liam has grown, and Sarah doesn’t have the rubber band around her wrist, indicating that she has come a long way. The last shot of the film reveals that Sara is pregnant with her Alex’sex’s second child. Life has clearly improved for the couple. They have finally turned their house into a home. 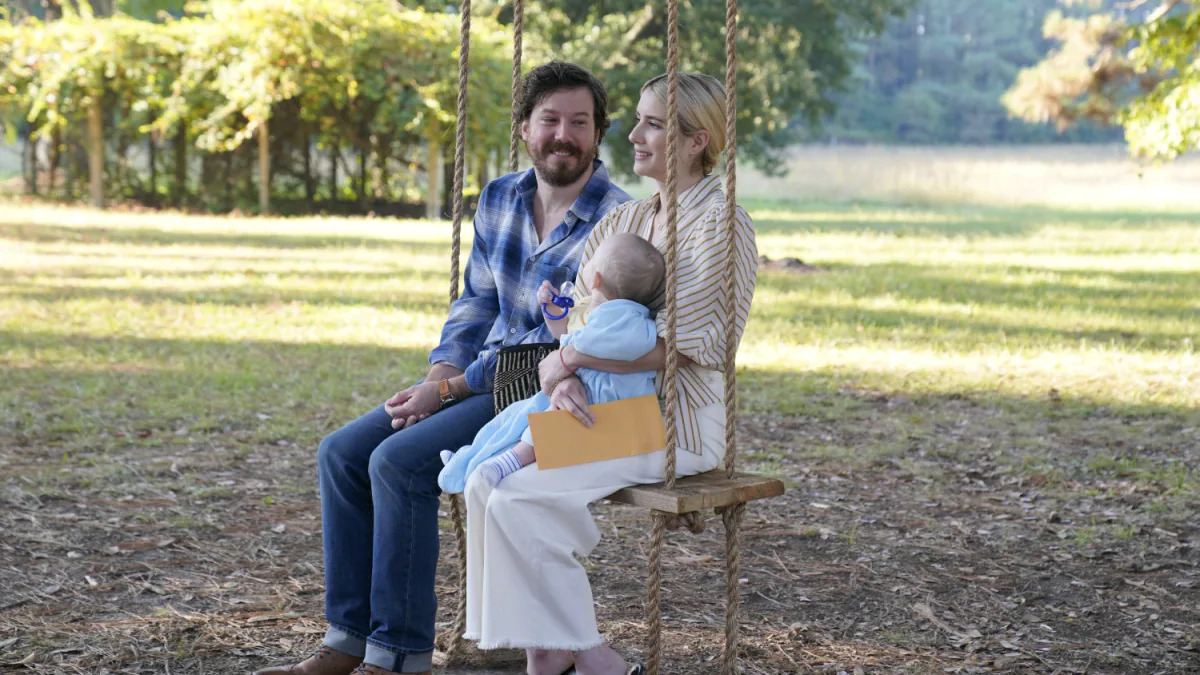 However, right before her pregnancy is revealed, Sara looks troubled in a brief shot of her face. She is likely worried that the postpartum depression will return, which is not an unfounded fear. The recurrence of postpartum pregnancy is quite common. It can stem from multiple things, including the prospect of taking care of several children. So, it will be important for Alex to support his wife with whatever she needs, just like he did the last time.

What Happened to the Solomon Family? Who Is Renner?

As mentioned above, Cindy reluctantly informs Sara and Alex that there was a murder-suicide at the property. Anna Solomon killed her father and daughter before killing herself. It is later revealed that Anna had a brother, Andrew. Their mother died when Andrew was one year old. Robert began sexually abusing his daughter. At some point, Anna gave birth to her own daughter. Overwhelmed by the abuse and the shame about how her daughter was conceived, Anna committed murder-suicide.

However, Andrew survived and was placed into foster care. Years later, he returned. Although he was using the name Chris Renner, everyone in the locality knew who he was. When he began living beside his old home, they allowed him to do it. This continued until Sara and Alex bought the house. The other boys that Renner mentions likely were killed by Robert, who left the bodies in the hidden roThat’sat’s why he placed the wardrobe in front of it, so no one except him could access it.

Read More: Is Abandoned Based on a True Story?