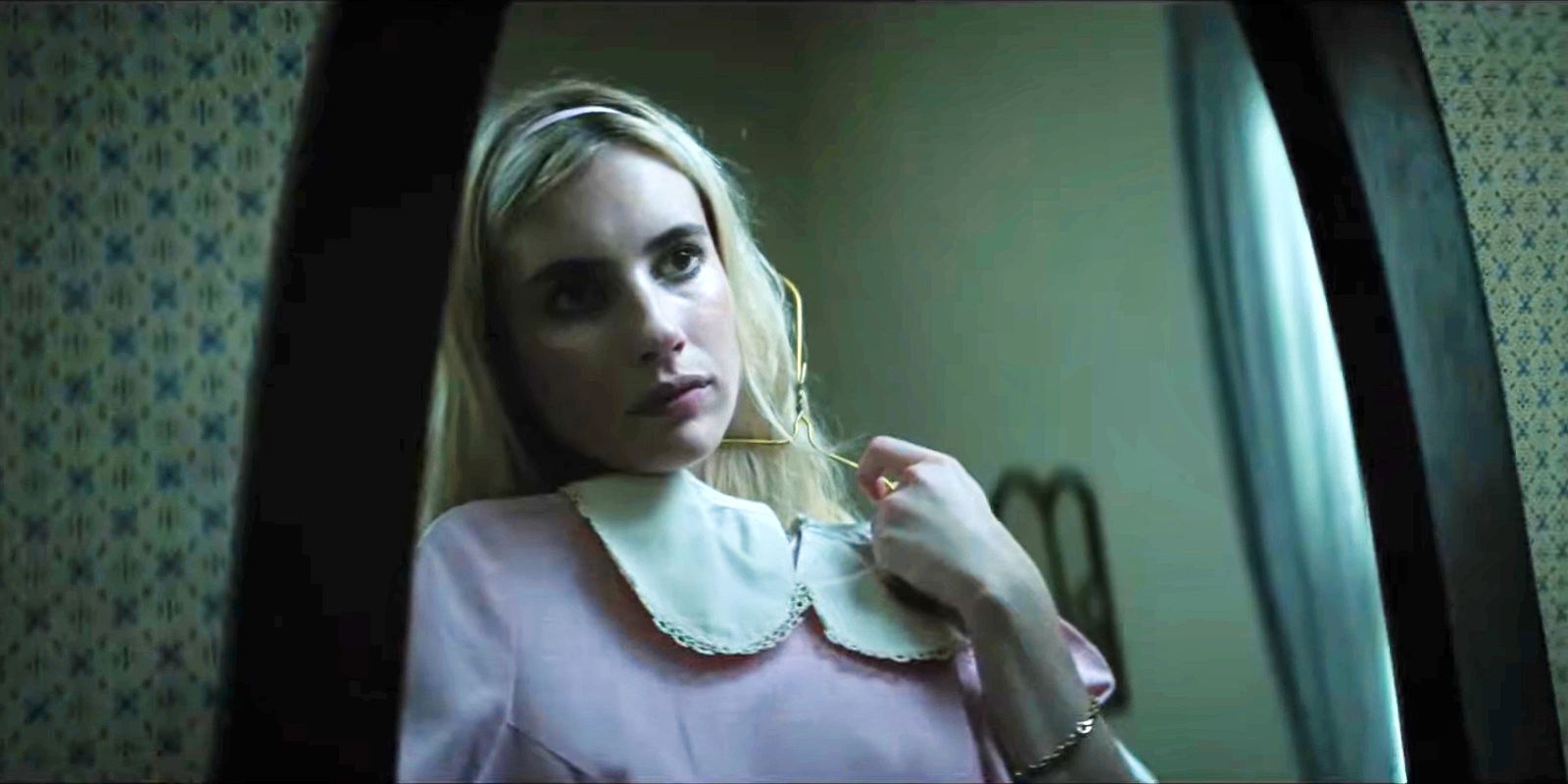 Actor Spencer Squire makes his directorial debut with ‘Abandoned,’ a brooding and ominous psychological horror-thriller about Sara and Alex, who move into a supposedly haunted house with their newborn son. The seller warns them about the harrowing history of the house, but they are ever too willing to take it because of the thrill that comes with it. While they indulge in the past in its surface value, the house gradually shows its true colors.

Moreover, Sara’s postpartum psychosis reaches its zenith, and she begins doubting if the entity she sees is actual or just her hallucination. As the question regarding the credibility of the new mother’s visions propels the movie, the ambient score heightens the horror. Most of ‘Abandoned’ unfolds in the suburbs, while the rusty yellow tint seems like past overshadow, which takes a dreadful form in the narrative. Now, if you are eager to know where the movie was filmed, allow us to transport you to the locations.

‘Abandoned’ was filmed in and around North Carolina, especially in the Piedmont region. Principal photography for the movie took place around September and October of 2021. Corey C. Waters, who has worked on music videos and the movie ‘Ayar’ came on board as the director of photography, while production designer Madison Hatch marked her feature debut with the project.

Regarding filming in North Carolina, the state provides a range of landscapes and options. On top of everything, the state offers a 25% tax rebate for qualified expenditures for movies and television shows. Let us now look at specific locations where the movie was shot.

The cast and crew of ‘Abandoned’ lensed the entire movie in the Research Triangle metropolitan area of the Piedmont region in North Carolina. The Triangle, as it is known colloquially, is anchored by Raleigh in the east, Durham in the northwest, and Chapel Hill, a town southwest of Durham.

Over the years, North Carolina has served as a prominent filming site, especially for horror movie productions. The state has a mild and pleasant climate, which makes it a perfect place for outings for several cinematic ventures, such as the hit TV series ‘One Tree Hill,’ which was taped in Wilmington.

Read More: Is Abandoned Based on A True Story?