Is Abandoned Based on a True Story? 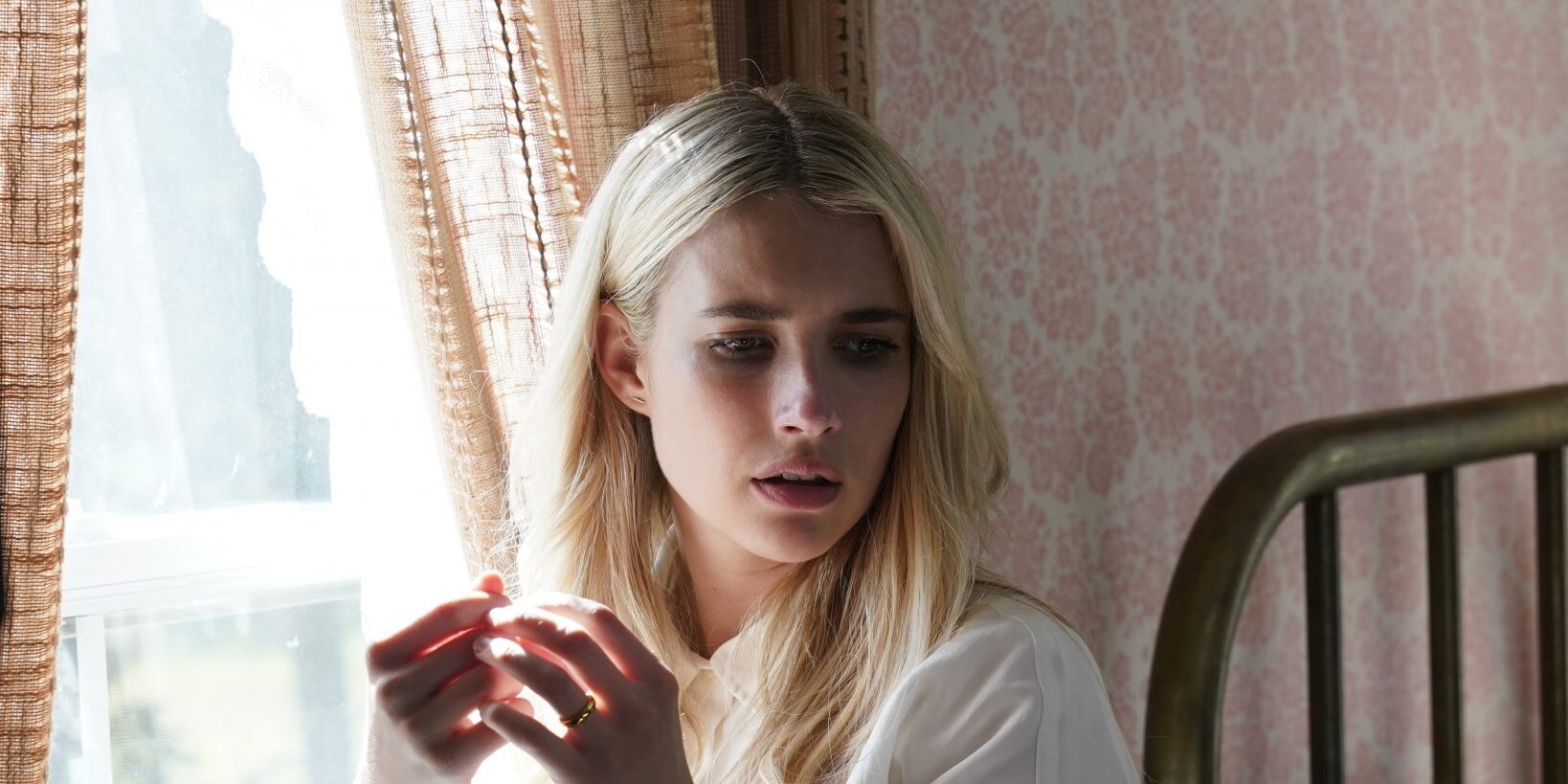 Spencer Squire’s directorial debut ‘Abandoned’ is a psychological thriller movie that knows how to keep the audience tied to the chairs. The narrative follows Emma Roberts as Sara, a mother experiencing postpartum depression after the birth of her son Liam. She, her husband Alex, and their baby move to a countryside home with a troubled history, but soon their decision and the house begin to haunt them.

As the movie lumbers forward, Sara’s postpartum struggle turns southward, and she begins getting entangled in the secrets of her new residence. Following its release, ‘Abandoned’ garnered quite some praise for weaving an immersive ambiance and its realistic portrayal of new motherhood. Now, if you are wondering whether there is an ounce of truth in the movie, allow us to indulge your curiosity.

Is Abandoned a True Story?

No, ‘Abandoned’ is not based on a true story. It is adapted from a stellar original screenplay by Erik Patterson (‘Deep Blue Sea 2’) and Jessica Scott (‘The X-Files‘). Despite being fictional, the brooding atmosphere in the movie comes off as enticing and ominous and makes the protagonist’s experiences of postpartum psychosis seem relatable. In an interview with Film International, director Spencer Squire emphasized his efforts to make the movie focus more on reality than the supernatural, as the latter has already been explored in numerous films. 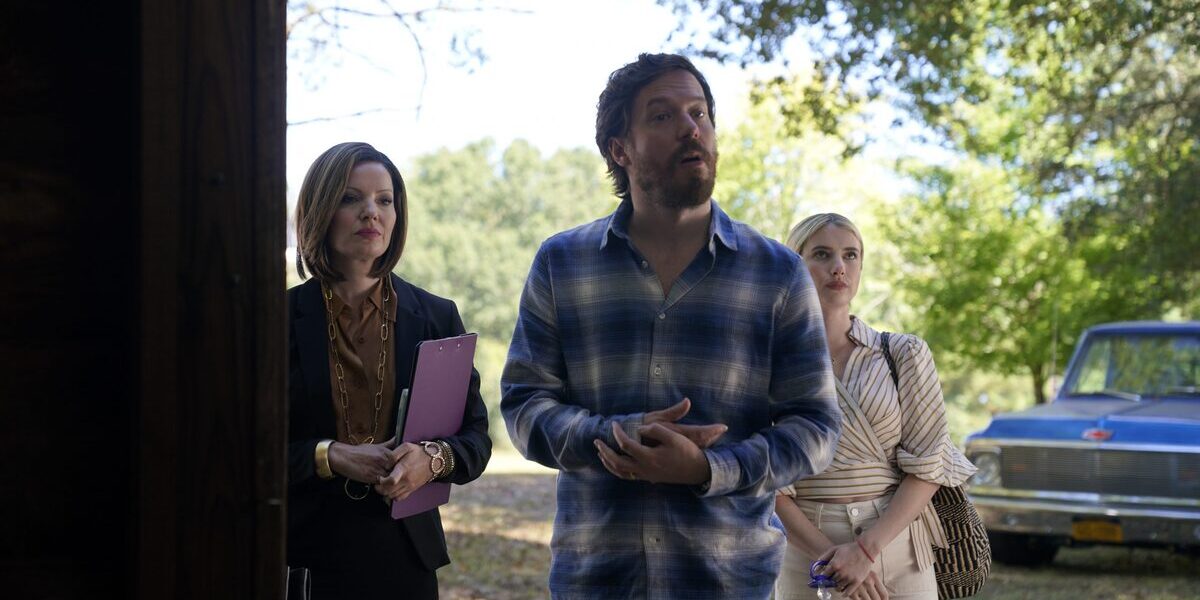 “I just thought, well, we’ve seen that before, but what I saw with this one was a chance to explore some very serious mental health issues starting with the mother, who is struggling with her postpartum issues, but also the depression that her husband is struggling with and then you have this neighbor character who is struggling with his own PTSD issues from his childhood experiences…So it was important to me that the ghosts weren’t actual ghosts, but something that the mother was seeing in her mind, and that’s why it was important that the ghosts in this film look very real,” Squire stated.

The director further added, “There are many other cooks in the kitchen, and in this particular case, those other cooks wanted to push it more into a ghost story that you’ve seen many times before, whereas me and all the cast wanted to tell this story that was more about a mental health crisis and about the terrifying reality of seeing things that are there in your mind and so ultimately the movie kind of landed in a middle ground.” Among the performances that stand out in the movie, those of Emma Roberts and John Gallagher Jr. require special mention.

Roberts, in particular, delivered her absolute best since she was looking for a challenging role after becoming a mother herself. The actress gave birth to her son in December 2020, nine months before the shooting for the project commenced, and the character resonated with her. Eventually, actor Michael Shannon of ‘Take Shelter‘ and ‘Revolutionary Road’ fame also came on board, perfectly fitting into his character as the lead pair’s unsettling neighbor.

In another interview with Film International, Shannon shared how he felt moved by his character and thus, agreed to be a part of the movie at the last moment. The actor said, “I found this story [Abandoned] very compelling. I found this character tragic and moving. He had such a traumatic event happen to him, and he couldn’t get free of it. He couldn’t move beyond it, and I think that’s something people can identify with, and a lot of people experience it in their life; having a hard time moving beyond a difficult thing that happened to them during their childhood…”

Shannon continued, “…I guess in the horror genre, you take things and make them very extreme in order to illustrate the truth about things that everybody can relate to or have experienced.” For the uninitiated, new mothers often go through many psychological struggles after giving birth to a child, commonly known as the ‘baby blues.’ For many, the effects intensify, and they experience rather severe mental turmoil, medically termed postpartum psychosis.

Moreover, some women diagnosed with this disorder have prior onset of schizophrenia or bipolar disorder, despite having no history of mental illness. The symptoms may vary from person to person, but in most cases, they include delusions, hallucinations, insomnia, paranoia, depression, anxiety, heightened sex drive, and a detachment from the baby. In ‘Abandoned,’ Squire wanted a nuance in the narrative – he wanted it to be happening and not happening simultaneously, in the manner of psychological thrillers.

Beneath the ambiance of horror and the supposed history of the house, the director aimed to create a grounded story about mental health and the struggles that come with delusions. Though the interplay of light and sound makes the visuals immersive, the story of ‘Abandoned’ becomes realistic thanks to the director’s rooted portrayal of the mental landscape of the troubled protagonist. Furthermore, the actors’ believable performances breathe a lifelike air into the otherwise fictional narrative.