Where Was Take Shelter Filmed? 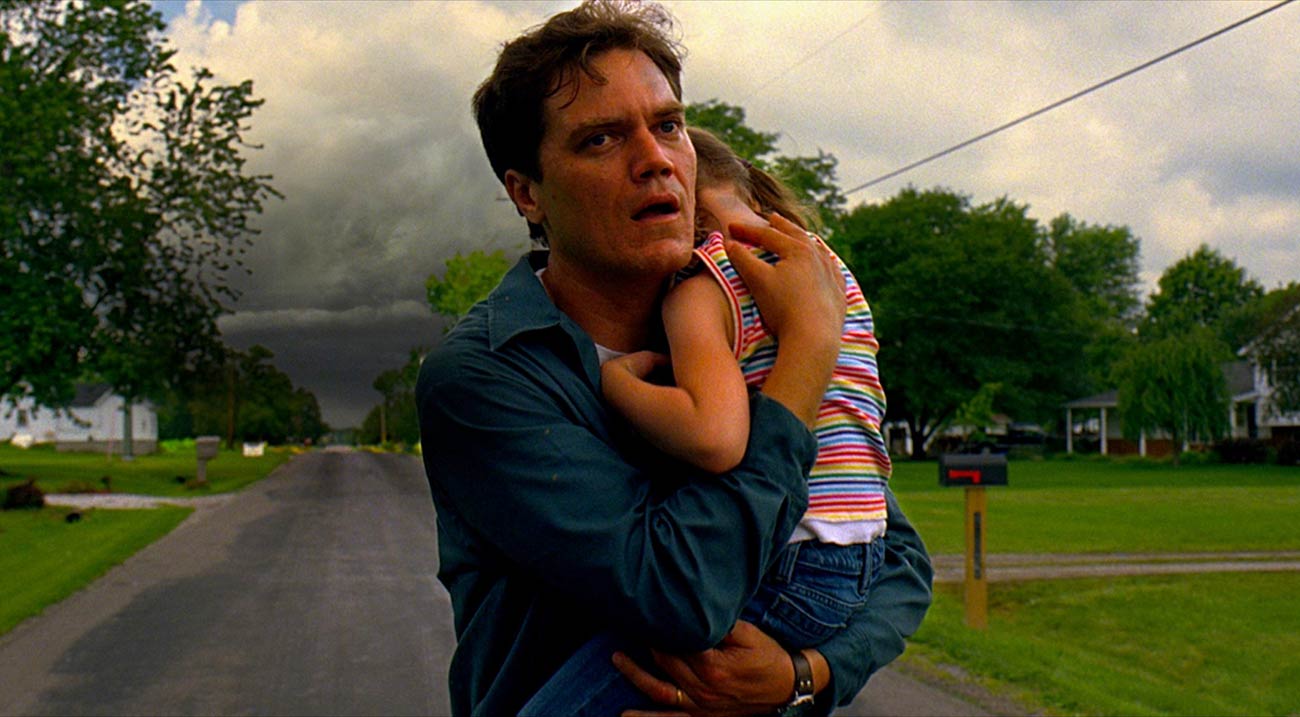 Directed by Jeff Nichols (‘Shotgun Stories’), ‘Take Shelter’ is a psychological thriller about the family man Curtis LaForche (Michael Shannon), who starts having apocalyptic dreams and visions. Believing that a cataclysmic storm is coming, he begins to build a storm shelter on his property. Curtis’ mother was diagnosed with Paranoid schizophrenia around the age that he currently is.

Amidst the mounting bills for the shelter, Curtis loses his job, which hinders the treatment of Curtis’ deaf daughter Hannah, which in turn causes friction between Curtis and his wife Samantha (Jessica Chastain). The film is predominantly set in LaGrange, a hamlet in Lorain County, Ohio. If you are wondering whether the film was shot on location or elsewhere, this is what we know.

The movie was filmed in 24 days in 2010 in Ohio. The actors were reportedly not given any time to rehearse or form connections with each other. According to Shannon, this ended up giving all of the cast and crew “a little bit of anxiety.” Talking about the same, Timothy Johnson, the second unit director for the film, said, “When you only have 24 shooting days, that’s the whole challenge of making a low-budget, independent film; figuring out how to do it in a limited amount of days.”

Jeff Nichols and his production crew shot this indie gem predominantly in Lorain County and Chardon in Geauga County, outside Cleveland, Ohio. Let’s look at specific filming locations of ‘Take Shelter’ in detail.

One of the 5 counties located in the Cleveland–Elyria Metropolitan Statistical Area (MSA), Lorain has served as the filming location for projects like ‘Cherry’ and ‘Captain America: The Winter Soldier.’ St. Joseph Hospital, a since-demolished facility located at 205 West 20th Street, was used for the hospital scenes in the film.

Certain sequences in the movie were shot in Elyria, the county seat of Lorain County. The Elyria Public Library, located at 320 Washington Avenue, appears in the scene where Curtis goes to find answers about his dreams and hallucinations. The Elyria High School, located at 601 Middle Avenue, is also featured in the film.

The supermarket scene was shot in a village named Grafton, as were all the driving scenes, at the “301 exit off of Route 10.”

The sequences that take place in and around the LaForche household were shot in LaGrange. The hamlet was named after Château de la Grange-Bléneau, which was the home of the French aristocrat and officer Gilbert du Motier, Marquis de Lafayette, a prominent figure in the American Revolutionary War.

The scene that depicts Curtis buying a gas mask was shot in the city of Oberlin, southwest of Cleveland.

Chardon, the county seat of Geauga County, was used to shoot the scenes involving the sand mine where Curtis works along with his friend Dewart (Shea Whigham). Projects like ‘The Marksman’ and ‘Planes, Trains & Automobiles’ were also filmed in that city.

The ending scene is set at Myrtle Beach in South Carolina. However, the production crew filmed the movie’s final moments at Catawba Island in Ottawa County near Port Clinton.