10 Best Episodes of The X-Files, Ranked 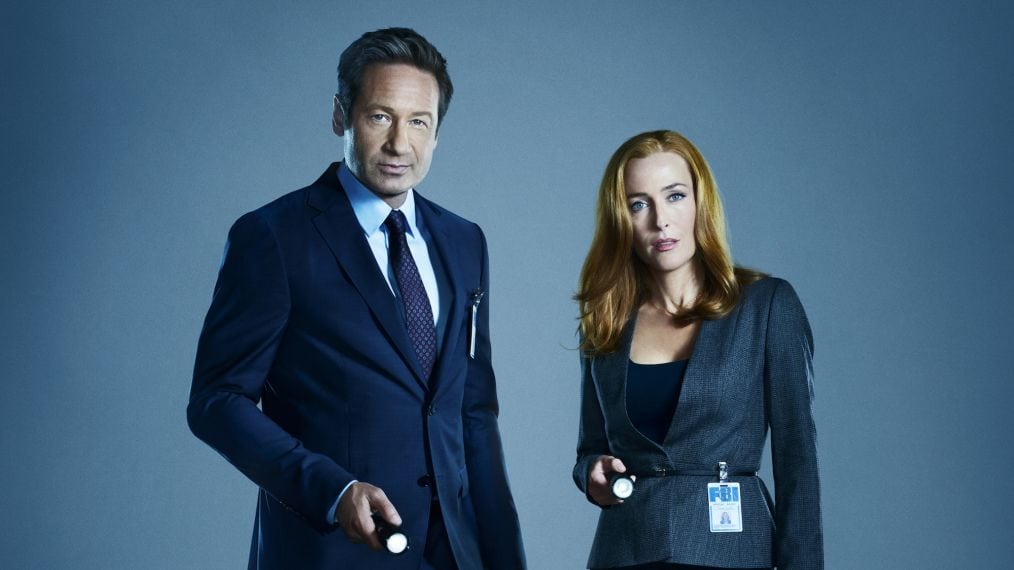 Anything said about the influence of ‘The X-Files’ on the supernatural and science fiction genre will be woefully inadequate. The everlasting show has been one of the mainstays of primetime television and has influenced countless other shows in those genres. From ‘Supernatural’ to ‘Lost’, and ‘Fringe’ to name a few, the show has shaped norms for the paranormal television thriller. The eternal pairing of FBI agents Dana Scully (Gillian Anderson) and Fox Mulder (David Duchovny) as they investigated neglected cases (called the X-Files) that focused on paranormal events, has stood the test of time as one of television’s most celebrated duos.

Creator Chris Carter took influences from quite a few shows before, such as ‘The Twilight Zone’ and ‘Kolchak: The Night Stalker’ to magnificent effect. He reversed gender stereotypes to make Scully a sceptic and Mulder a believer in the supernatural, to impart a fresh approach to the show. ‘The X-Files’ was arguably the first show whose popularity coincided with the rise of the Internet, and as such, it led to a plethora of fans all over the world, having its own dedicated fandom. The show’s focus on spirituality and accepting conspiracy theories made it a cultural artefact, as did its emphasis on public mistrust in governments and large organisations. Here is the list of top X Files episodes picked from all the seasons.

The combination of the Bermuda Triangle with ‘The X-Files’ can only be brilliant, and Carter’s innovative capabilities shown in this Season 6 episode. Mulder, trapped in a dream state, is on the Queen Anne, a luxury liner thought to be lost, as he seemingly helps the British sailors defend it against the Nazis. The seamless way in which the episode switches from the past in Mulder’s head to the present where Scully is trying to save him is mesmerizing, especially with long-take shots and the irresistible vibe of mystery to it.

This staggering two-part finale of Season 2 of ‘The X-Files’ introduced audiences to the series’ most enduring villain: the alien bounty hunter. In addition, these episodes formed a compelling mythology of aliens, clones, their hybrids and so much more that was resplendent throughout the show’s run. The deadly game of cat and mouse is played brilliantly by the two leads as well as by Brian Thompson, who played the hunter.

‘Memento Mori’ does a tremendous job of balancing the fantastical mythology of the show with a deeply personal and human side to the matter. Scully being diagnosed with a tumour serves as that emotional point, with Mulder’s beliefs in the supernatural clashing with his best friend’s condition. The episode was written by the wonderful team of Carter, John Shiban, Frank Spotnitz, and Vince Gilligan (creator of ‘Breaking Bad’ who wrote a number of episodes for ‘The X-Files’). It gave Anderson a well-deserved Emmy for Outstanding Lead Actress in a Drama Series as well. 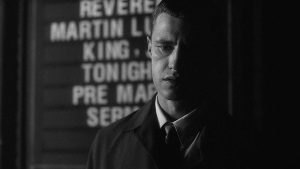 ‘The X-Files’ showed how a good prequel story should be done through ‘Musings of a Cigarette Smoking Man’ which charted the origins of the series’ main antagonist, the eponymous smoker. With a brilliant William B. Davis as the villain, and Chris Owens portraying his younger self, the episode expertly ties the character to famous conspiracy theories and how they bear on the show’s own events. 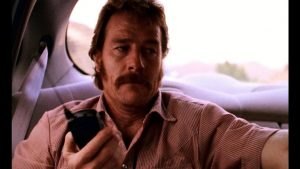 This standalone ‘X-Files’ episode was unconnected to the series’ main story arc, but had a unique premise. Writer Vince Gilligan penned a tribute to the movie ‘Speed’ as the episode depicted a raving yet somehow relatable anti-Semite who says his head will explode if the car drops below a certain speed. Bryan Cranston’s powerhouse performance brought in numerous plaudits, and his chemistry with Duchovny was praised. In fact, this marked the first collaboration of Gilligan and Cranston, and the latter’s performance is what convinced the former to later cast him as Walter White in a certain ‘Breaking Bad.’ 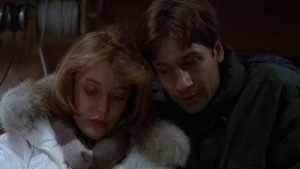 ‘Ice’ was easily one of the high points of the first season of ‘The X-Files’ despite being a bottle episode. A bottle episode(s) is an episode filmed in a suitable location to save expenses, and while this was evident in the claustrophobic set, the stellar writing team of Glen Morgan and James Wong utilises this setup to heighten the fear, rage, and paranoia felt by the researchers in the Arctic that has been unleashed by an alien parasite. Director David Nutter, who later found fame in directing ‘The Rains of Castamere’ and other episodes in ‘Game of Thrones’ is on form here, bringing the best out of the two leads, along with superb performances by Xander Berkeley and Felicity Huffman. 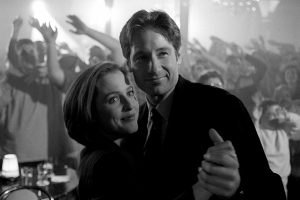 This episode of ‘The X-Files’ was shot completely in black and white, and captures the show at its most beautiful. It features a gem of a twist on the classic ‘Frankenstein’ tale, one that only ‘The X-Files’ could do. The plot centres on small-town paranoia and how humanity in general harbours fears over science going bonkers, especially genetic engineering. The woman claiming being impregnated by a strange creature serves as a novel factor, and there’s a satisfying dance between our two leads to satiate their fans too. 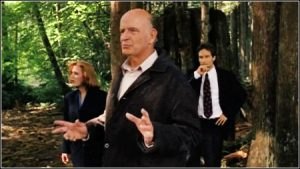 The late Peter Boyle steals the show as the eponymous psychic who knows how everyone is going to die, and is none the better for it. This ‘X-Files’ episode deals primarily with death, but it connects it to the way we live, the inevitability of it, and fate, all coupled with a rich brand of humour, that makes this episode quite poignant and meaningful. The chemistry shared amongst the three main performers is also instrumental in carrying such a magnificent episode. 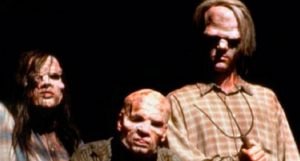 ‘Home’ is widely considered to be the scariest ‘X-Files’ episode of all time, and with good reason. The episode was the first in the series to receive a viewer discretion rating, such was its brutal depiction of a dysfunctional family. The Peacock family proved to be memorable characters in all of the show’s run, with Mulder and Scully striving to uncover their dark secret. The unique premise was actually inspired by an excerpt from Charlie Chaplin’s autobiography, putting us in the unlikely position of blaming the most famous funnyman for one of the scariest (and most classic) TV episodes of all time. 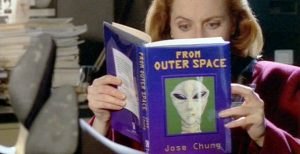 ‘The X-Files’ was a show that never shied away from experimenting with its episodes, and this Season 3 classic is the show’s finest hour of such deviance. The episode is extremely comical, utilising slapstick comedy and truly unbelievable fantasy sequences coupled with a shifting point of view à la ‘Rashomon’ and an acerbic sense of meta-humour as Mulder and Scully investigate an alien abduction incident through different viewpoints. ‘Jose Chung’s From Outer Space’ showed how well the writers understood science fiction, comedy, and the effects the show had on its fans. For all these qualities and its rip-roaring comedy, this is a well-established fan favourite episode, and the best that the show had to offer.