Is I Know What You Did Last Summer Based on a True Story? 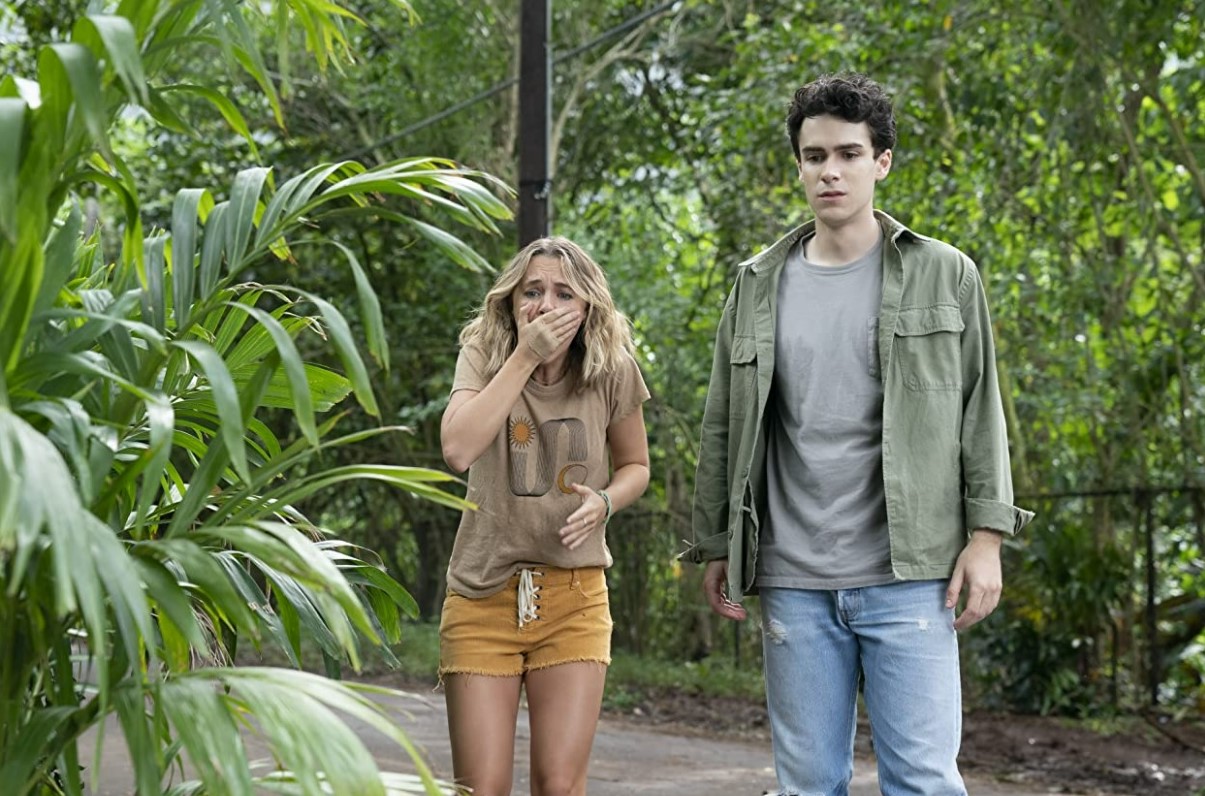 Teenagers, secrets, parties, crimes, and murders. These are the themes that Amazon Prime Video’s teen horror series ‘I Know What You Did Last Summer’ explores by chronicling a terrifying series of events that forces a bunch of teenagers to acknowledge their past actions. Why? Because a mysterious killer is hunting them down.

A fresh take on the 1997 slasher movie of the same name — which in turn is an adaptation of Lois Duncan’s eponymous 1973 novel — ‘I Know What You Did Last Summer’ is a violent and intense exploration of the bloody trail that a clandestine crime leaves behind. Created by Sara Goodman, the series stars Madison Iseman, Ashley Moore, Brianne Tju, Brooke Bloom, and Ezekiel Goodman.

‘I Know What You Did Last Summer’ combines the best and worst parts of youth — a fierce embracement of freedom and a desperate need for impunity. It’s certainly a thrilling tale, with friendships, social norms, morals, revenge, and justice put to the test. With crimes, especially hit-and-runs and vengeful murders, being an unfortunate regular part of our world, many fans wonder whether ‘I Know What You Did Last Summer’ is based on reality. Let’s dive right in and find out.

Is I Know What You Did Last Summer Based on a True Story?

No, ‘I Know What You Did Last Summer’ is not a true story. However, to understand the origins of this teen horror series, one has to revisit the source material of the show — Duncan’s classic 1973 novel and its 1997 movie adaptation. Whilst the movie adaptation sees the assumed-to-be-dead hit-and-run victim (a fisherman) himself returning as the killer, the novel sees the older brother of the victim (a young boy) raging for revenge.

Duncan came up with the story after observing a conversation between her daughter Kerry and her friend. Whilst Kerry chatted about an interesting boy she had met at a party, her friend talked about outfit ideas for her upcoming movie date. Eventually, when the boy’s name was revealed, the two of them realized that they were talking about the same person.

“The dual-identity situation intrigued me. It opened all sorts of doors in my mind. What if the boy had deliberately implanted himself in the lives of two girls he knew were friends? What if he built up a different personality to present to each of them?” wrote Duncan in her 1979 book ‘How to Write and Sell Your Personal Experiences.’ She cited the “what-if technique” as the driving force behind her mystery works. By taking real-life observations and asking “what if?” Duncan created a believable fictitious world wherein teenagers manipulate and are manipulated. Most importantly, they are forced to face the consequences of their actions.

There’s a duality in all the identities here — the otherwise innocuous teenagers with their hidden criminal selves, the killer that was once the victim of a mindless accident. The novel has the character of Bud/Collingsworth avenge his brother David. The 1997 adaptation has a fisherman being run over by a group of teenagers just as he is about to avenge his daughter by killing her murderous boyfriend. He then returns as the infamous raincoat-and-hook-wielding killer. The novel sees the teenagers actually guilty of the crime, whereas in the movie the teenagers only think they have committed a crime. However, in both cases, fans find themselves rooting for the teens.

The ‘I Know What You Did Last Summer’ television series is more focused on the teenagers themselves, with the killer being just a factor that forces their identities, secrets, and differences to surface. “The original franchise was just so iconic, you know, they really gave us all the tools we really needed to kind of go off from there and totally do our own thing,” said Iseman (Lennon/Alison). “Our story is very character-driven.”

Additionally, while the story arc of the cover-up and the coastal backdrops are maintained, the characters in the modern reboot are different from those in its predecessors. Most notably, a pair of twins take centerstage. Glitter and glam clash against grit and gore. Social media nestles alongside societal pressures. Goodman points out how she felt the need to add important aspects of the 21st Century into the framework of Duncan’s classic story.

“The book was in the 70s, the movie was in the 90s and obviously we are living in a very different time in terms of technology and social media, and also the pressures that are on young adults right now, and coming of age in this time where everyone is so exposed with social media – and at the same time everyone is kind of more hidden in their private lives and feels more isolated. So I think those were very important, and to make a cast that felt diverse [with characters] struggling with other issues that are very present in society today,” she stated.

The series updates the premise of the novel and the movie, keeping the larger plot intact and diverging specifically when it comes to the finer details. The show stays true to Duncan’s interest in the dual nature of identities by exploring the ugly underbelly of seemingly strong friendships. “Everyone is hiding something, everyone is guilty, no one is innocent, and that really is what drives every single episode,” opined Iseman.

The tryst between teenagers, society, and crimes is explored in movies like ‘Scream,’ ‘Slender Man,’ ‘Jennifer’s Body,’ ‘It Follows,’ and the ‘Fear Street’ trilogy. ‘I Know What You Did Last Summer’ brings with it the reckless abandon and intense self-preservation that keeps together yet pulls apart a group of high schoolers. ‘I Know What You Did Last Summer’ may not be a true story, but it is terrifying because it reminds us that our relationships may be as superficial as our identities and that our secrets may be the only thing holding up our lives. And yes, it has a vicious killer who will stop at absolutely nothing.

Read More: I Know What You Did Last Summer Filming Locations