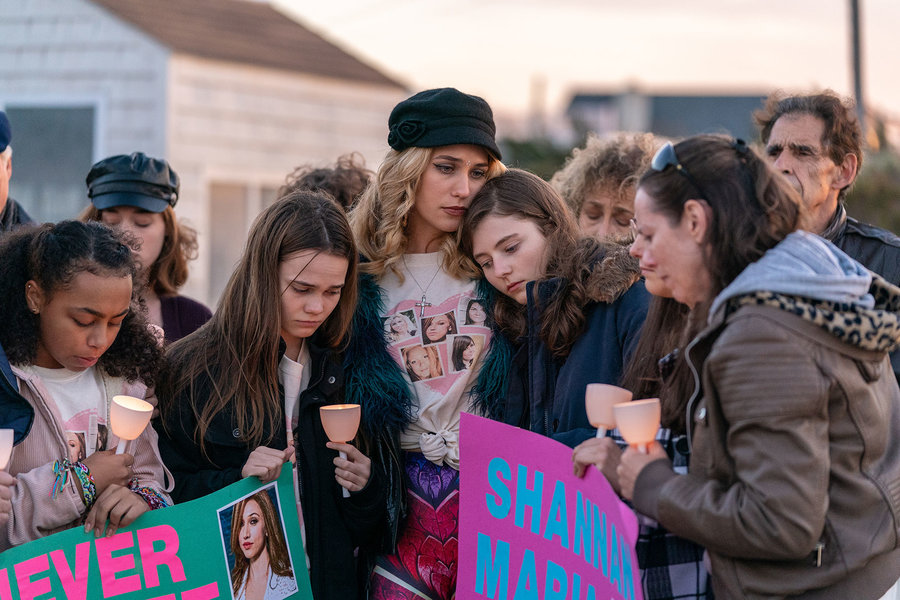 Serial killer movies are interesting, to say the least. Interesting, not just from a storytelling point of view but also because of the fact that they are so popular despite their central subjects almost always being vile. My theory on the reason for their popularity is that they help fill deep, dark holes that are inside all of us. In a way, we are relieved — and thus entertained — that we are not “them”. Also, the mystery of serial killers has always fascinated mankind. Why does someone choose to kill innocent people? That’s what evokes our curiosity.

Directed by Sion Sono, ‘The Forest of Love’ is the story of a conman named Joe Murata (Kippei Shiina), who turns out to be an infamous serial killer. Through lies and deceit, he ends up killing several people using extreme methods. The film has been derived from real-life accounts of the convicted serial killer Futoshi Matsunaga. It recounts the torturous ways he killed and extorted innocent lives in Kyushu, Japan, from the mid-1990s to the early 2000s. This gruesome story has been told quite artistically by director Sono, so movie buffs could check this movie out if it catches your interest. You can watch it on Netflix right here!

Directed by Patrick Brice, ‘There’s Someone Inside Your House’ is a slasher movie that revolves around a transfer student from Hawaii named Makani Young (Park), who goes through a series of horrifying experiences after she moves to Osborne, Nebraska. There she befriends two other kids, and together, they try to fight a murderous killer preying on students with secrets. Beyond the terrifying world of a serial killer and his human targets, the movie dives into the human psyche. It is also about the characters as much as it is about murder. So you may find it relatable on a more human level. If you’re interested, you can watch it right here! 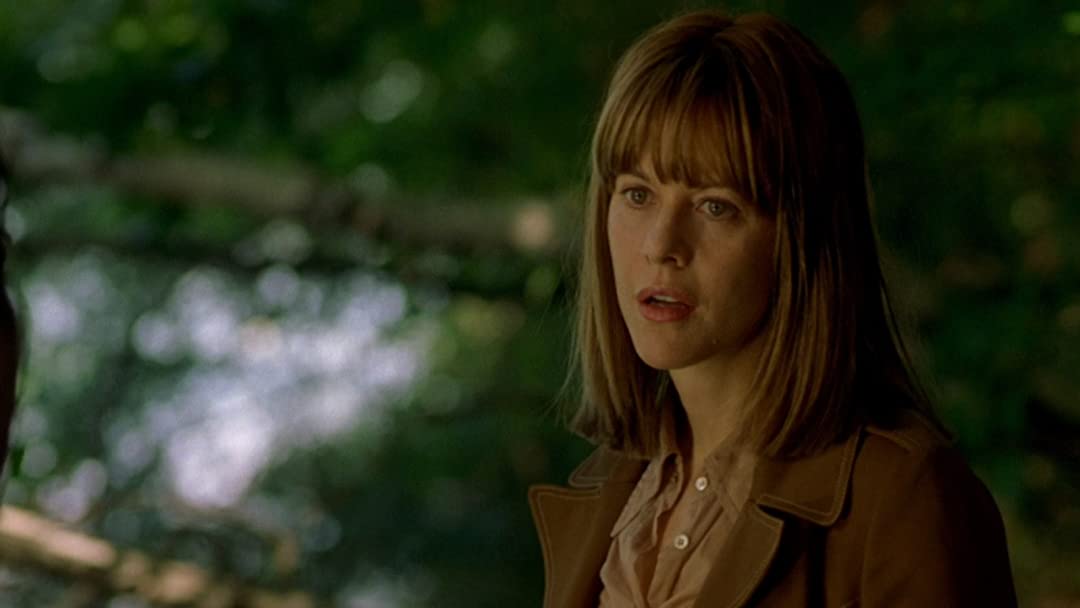 ‘In the Cut’ is a thriller movie based on the 1995 novel of the same name by Susanna Moore. It also unfolds as a dark fable focusing on women trying to navigate sex in a society run by the patriarchy. Frannie (Meg Ryan), the leading lady, is a writer and teacher who finds herself intrigued by the word ”disarticulated.” The word is used by a homicide detective (Mark Ruffalo) when he describes the way a victim has been attacked by a serial killer. Apart from her vague feelings for him, a huge chunk of the movie focuses on sex and murder. With so many subplots supporting the central premise, this movie has a lot to offer. You can stream it here if you want to watch this movie!

Directed by Nelson McCormick, ‘The Stepfather’ is a remake of the 1987 movie of the same name. It follows a serial killer who hunts down widows and divorcees with children. He is a middle-aged guy who has a knack for finding lonely single mothers in public places. Six months into a relationship, he changes course and murders the whole family before moving on to a new city. However, his latest endeavor goes awry when the teenage son (Penn Badgley) of the woman he is dating begins to catch up on the killer’s true instincts. The premise of this movie is interesting enough to attract viewers into watching it. If you’re looking for streaming options online, just head on here! 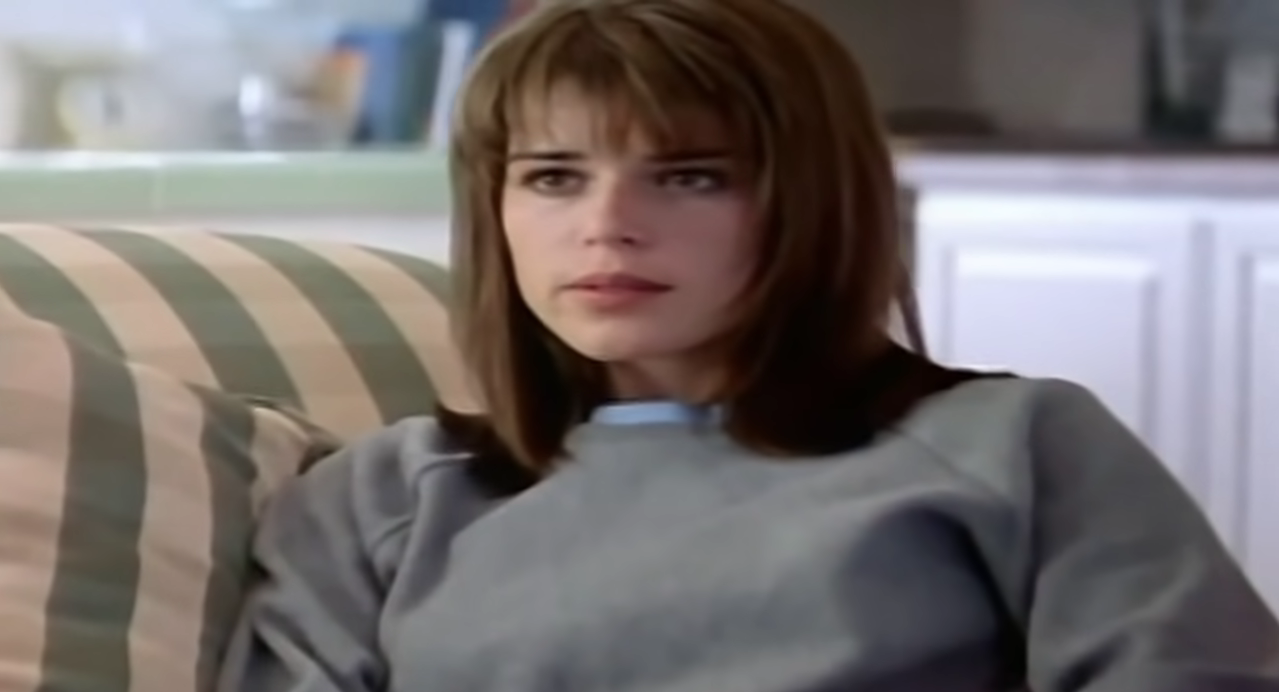 Directed by Wes Craven, ‘Scream’ is a slasher film that follows Sidney Prescott as she and her pals begin to receive weird phone calls a year after her mother passed away. The calls lead back to a crazy serial murderer adorned in a weird white face mask. The killer starts to bombard the girls with unusual questions that raise questions about his unconventional approach as a murderer. Besides that, the movie has all the elements that define a serial killer movie. Starring famous names such as David Arquette, Neve Campbell, Courteney Cox, this film is a must-watch for thriller maniacs. You can go to Netflix here to watch it now! 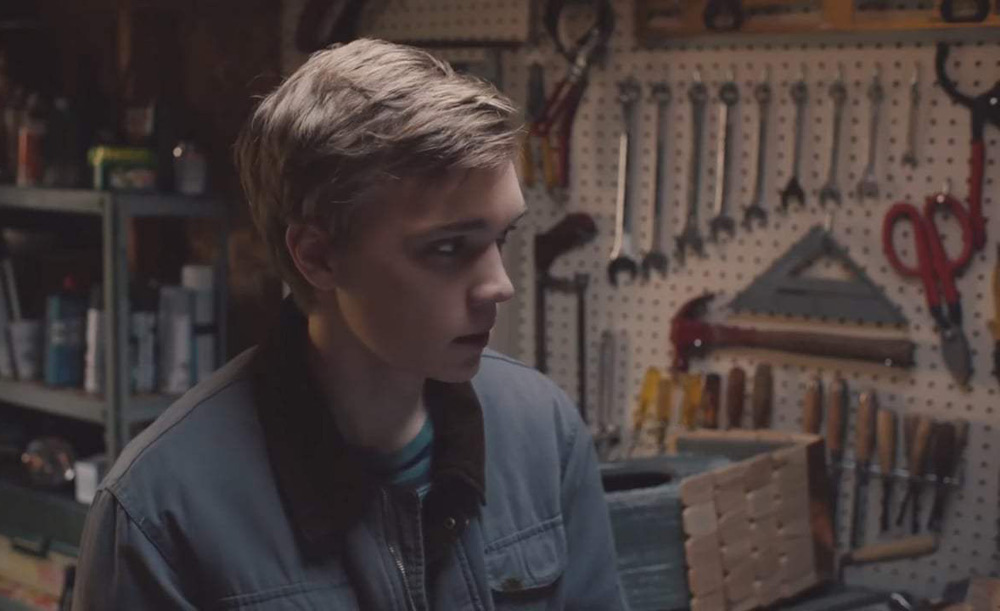 ‘The Clovehitch Killer’ is a thriller movie seen through the eyes of a teenager, Tyler, who slowly comes to terms with his father’s true identity. Tyler initially chances upon evidence that suggests that his father might not be a normal person. After a small dive into his life and background, Tyler is convinced of the worst that could happen: his dad is a serial killer.

The killer murdered at least ten women around a decade ago but has gone silent ever since; Tyler belongs to a small community where such horrifying incidents are not easily forgotten, and some people want to get to the bottom of the case. So Tyler inevitably becomes a part of this investigation after he realizes that his father is more than just a regular church-going guy. You can catch this movie right here.

The intensity of ‘Shutter Island,’ a Martin Scorsese directorial starring Leonardo DiCaprio, is palpable on the screen. Through dark and ominous tones, it brings alive the danger looming around in Shutter Island, the place where two US marshalls (DiCaprio and Mark Ruffalo) find themselves trapped. It is the year 1954, and they are asked to look into the disappearance of a child murderer (Emily Mortimer).

However, the island screams doom, and Teddy is further affected by recurring flashbacks of his tragic experiences in World War II. The aftermath of war also provides a dark undercurrent to this classic noir film. The result is a series of disturbing events told through the lens of Teddy as he tries to find this nefarious murderer. It is available on Netflix, and you can likewise watch it here!

Considered as one of David Fincher‘s finest creations, ‘Zodiac‘ is a mind-bending crime thriller that revolves around a serial killer who troubles Northern California with his twisted mannerisms and methods of committing a crime. Although this three-hour flick seemingly amounts to a hunt for a dangerous criminal, it also plays out as one man’s obsession with solving the case by the end of the movie.

Robert Graysmith (Jake Gyllenhaal) is desperate to find the truth for the sake of his own satisfaction. His passionate journey towards finding answers ultimately becomes an immersive experience for the viewers. If you’re excited to watch this movie online, well then, what are you waiting for? Head on over here.

‘Se7en‘ easily tops as one of the bleakest movies ever to have existed in the bottomless inventory of cinema. Directed by David Fincher, it is a psychological thriller that tells the story of a conniving killer who addresses one of the seven deadly sins for every murder. This bone-chilling “whodunit” thrives upon its two main characters, who are also cops with a considerable age gap.

The first one (Morgan Freeman) is a tight-lipped man slightly withdrawn because of what life had to offer. The other one (Brad Pitt) is a curious young lad curious about what life has to offer. Their chemistry, coupled with their different approach to the same case, makes for an interesting watch! If you wish to see a gripping movie led by a powerful cast, then you can find ‘Se7en’ here.

‘Twin Murders: The Silence of the White City’ is a Spanish serial-killer thriller that follows Unai (Javier Rey), who is on the hunt for a new serial killer on the rise. Unai returns to work for a long break, but on his first day at the office, he receives news about an assailant who has the same M.O. as someone who was caught by him 20 years ago.

So he puts his detective slash serial killer profiling skills to use in order to get to the bottom of the case. In the process, he reconnects with the old killer, Ignacio (Alex Brendemuhl), who is just about to complete his prison sentence. Crime-drama fans out there will thoroughly love this mystery flick that is available to stream on Netflix here! 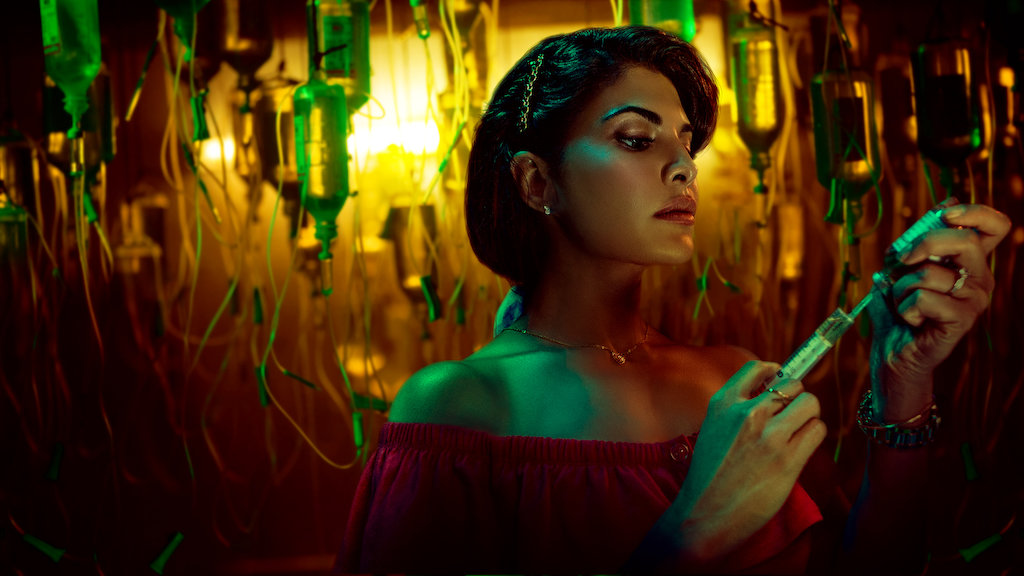 Directed by Shirish Kunder, ‘Mrs. Serial Killer’ is an Indian crime thriller film that starts with a distraught woman, Sona (Jacqueline Fernandez), seemingly up to something questionable. A flashback scene reveals that her husband Joy (Manoj Bajpayee), a doctor who everyone once used to love, has been busted for being a serial killer. Reports suggest that he has murdered six young, unmarried pregnant women.

Sona is confident that her husband is innocent, especially because the cop who busted him (Mohit Rahina) is her ex. Teeming with violence and gore, this movie might be exactly the kind of serial killer movie you’re looking for. Moreover, Bajpayee’s portrayal of Joy carries a degree of conviction that is truly remarkable! You can watch the movie here if you’re interested. 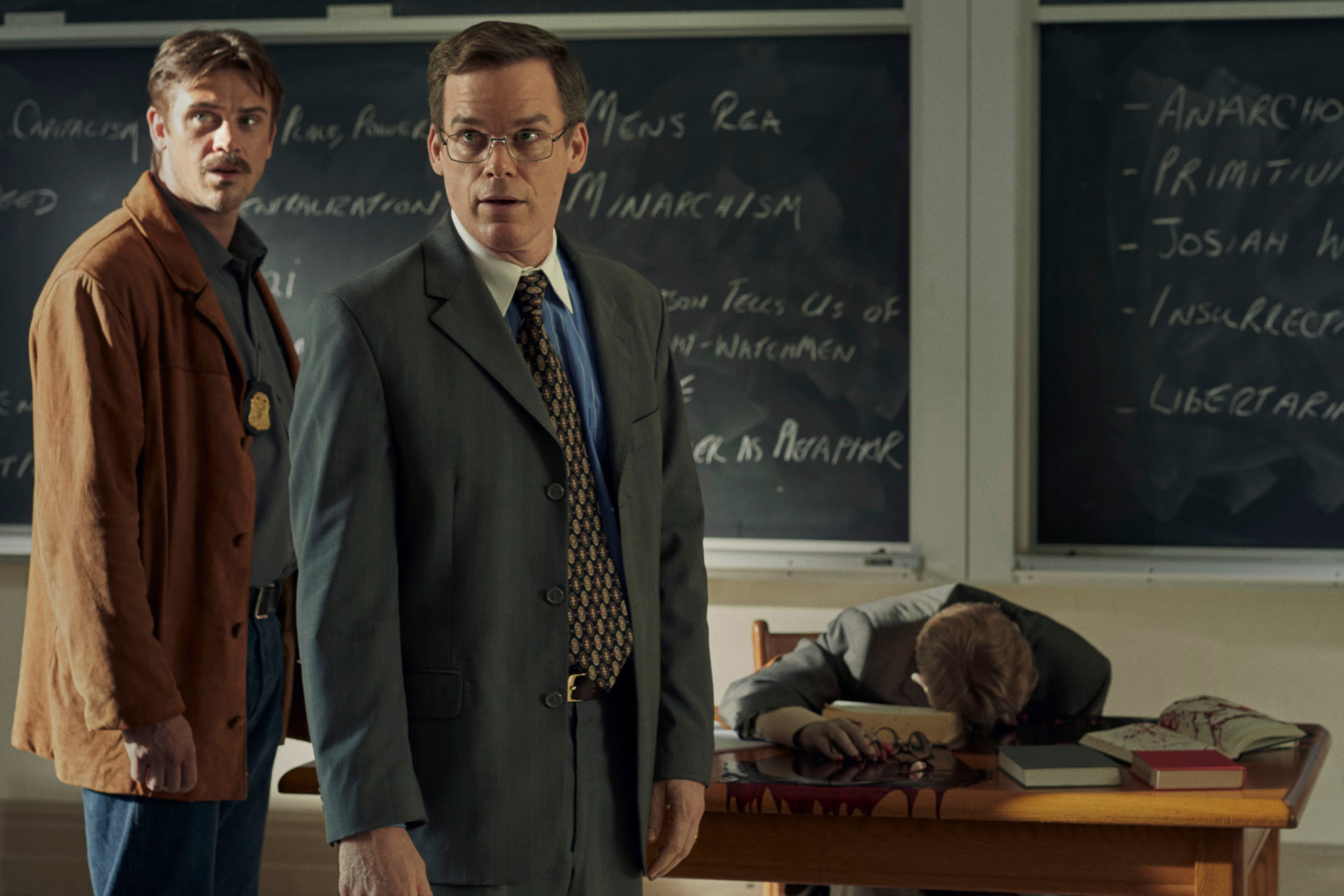 ‘In the Shadow of the Moon’ is an intriguing mix of sci-fi, noir, mystery, action, and horror. This haunting tale directed by Jim Mickle follows the protagonist Locke (Boyd Holbrook), who aims to become someone important in law enforcement. One night, Locke finds a few bodies with hollow skulls and is immediately taken aback by a woman in a blue hoodie who seemingly is the perpetrator. What’s worse is that he loses his wife as she delivers a baby the same night.

Years later, in 1998, Locke becomes a detective, but the mysterious case of mass brain-liquefication is still plaguing the city. Cinephiles might notice how the movie seemingly draws inspiration from the likes of Christopher Nolan, Philip K. Dick, and David Fincher. If you haven’t watched it yet, you can do so here!

Liz Garbus makes a powerful statement with the impactful ‘Lost Girls,’ a Netflix original that recounts the chilling tale of one of the most famous serial killers ever to have existed. Known as the “Long Island Serial Killer,” his case remains unsolved even to this day. It is told from an emotional viewpoint as Mari Gilbert (Amy Ryan), a mother residing in Ellenville, confronts the news of her daughter Shannan’s frightening disappearance. More than ten bodies — most of whom are sex workers — are discovered by the end of the rigorous search conducted by the law. That is what makes it more of a poignant watch. If ‘Lost Girls’ has caught your attention, you can watch it here! 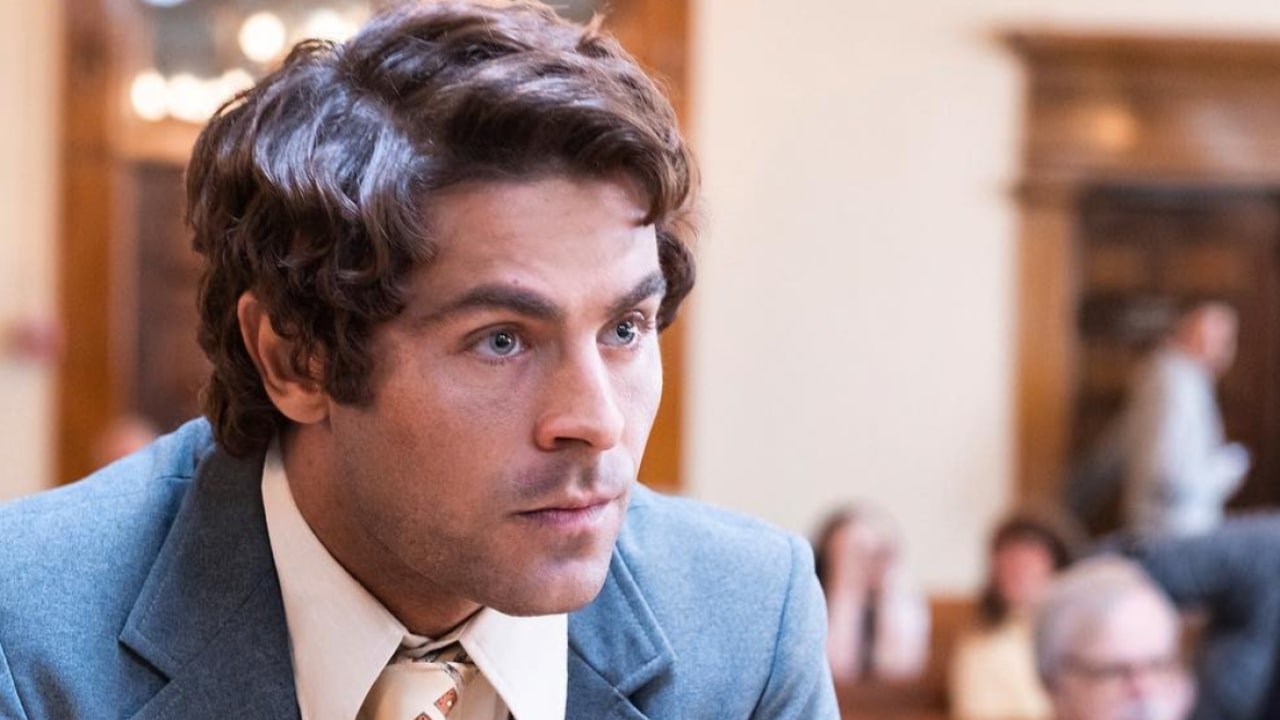 Directed by Joe Berlinger, ‘Extremely Wicked; Shockingly Evil and Vile’ plays out Zac Efron‘s natural appeal to befit the alluring good looks associated with Ted Bundy. The movie serves as a biopic to the nefarious serial killer who was responsible for taking countless lives. Rather than list out his murderous ventures, it is told from the viewpoint of Bundy’s longtime girlfriend, Liz Kendall (Lily Collins), and other women he duped, giving it a refreshing edge.

The movie exists on a different plane that merges documentary and drama. It has the feel of real-life-inspired accounts of a serial killer mixed with standard drama that characterizes fiction. If you want to take a closer look at Ted Bundy’s strained relationship with women, watch the movie here!