Is Texas Chainsaw Massacre (2022) a Sequel or Reboot?

Garcia’s film follows Melody and Dante, two entrepreneurs who arrive at a Texan ghost town named Harlow with their friends. Their actions reawaken the brutal Leatherface, who unleashes his wrath on the new visitors of the town. If you are curious about the film’s connection with previous films of the franchise, we have got you covered!

Is Texas Chainsaw Massacre (2022) a Sequel or Reboot?

‘Texas Chainsaw Massacre’ is a direct sequel to Tobe Hooper’s 1974 film ‘The Texas Chain Saw Massacre,’ the first film of the franchise. Garcia’s film’s narrative follows the same Leatherface in the same timeline/universe, decades after the events of the 1974 film. “It’s basically the same character [Leatherface], who is still alive. Our take on it was this guy probably disappeared after everything he’s done… This story will pick it up many, many years after the original story. He’s been in hiding for a long, long time, trying to be a good person. These people [Melody, Dante, and others] arriving in this town are going to awaken the giant,” Fede Álvarez, who co-wrote the story of the film, said to EW.

As a sequel, the creators of the film have managed to incorporate the essence of the original film in the 2022 Netflix version. “Me and Rodo [co-story writer] really wanted to make sure we don’t disappoint the fans, and we are [among them]. So it’s [the film] pretty hardcore. But at the same time it has the simplicity of that first film. We wanted to come up with a very simple premise [with] a powerful domino effect. Everything is set up in the right place — all you have to do is push the first domino and everything will happen effortlessly,” Álvarez added.

The social commentary of the original film is also present in Garcia’s version. Through the millennial entrepreneurs who want to gentrify the ghost town, the writers offer the nuances of the present time’s cultural clash. The film’s attempts to address school shootings and anti-gun protests also align with the soul of Hooper’s 1974 film, which discusses relevant social concerns of the 1970s. 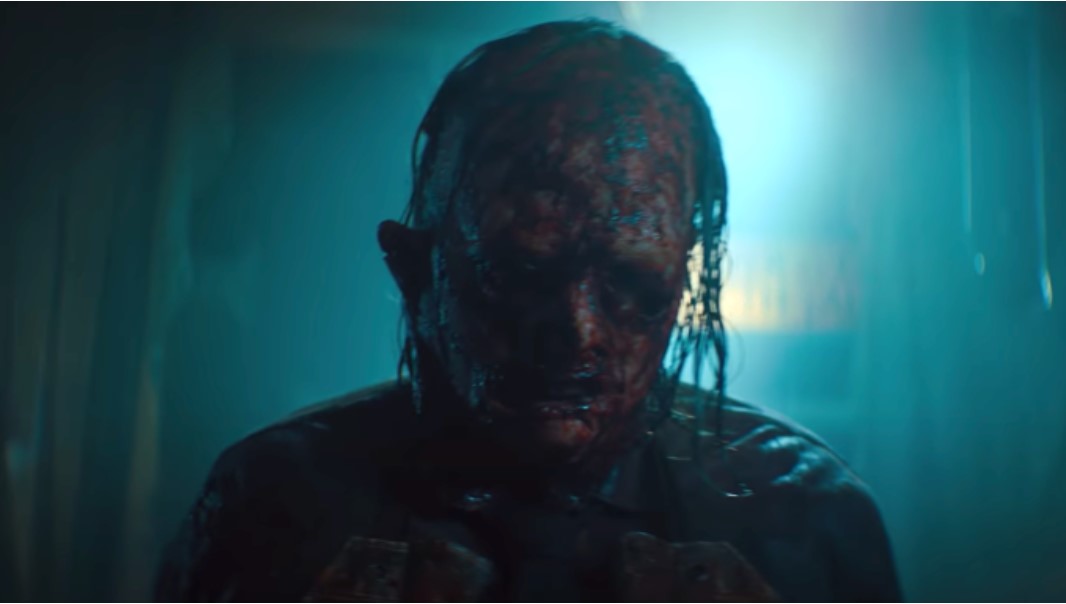 Even though the film is a sequel to the 1974 film, ‘Texas Chainsaw Massacre’ doesn’t ignore the other films of the franchise. “When I say ‘direct sequel’ I wouldn’t say it skips everything. When movies do that, sometimes it feels a bit disrespectful to all the other films. Some people love Texas Chainsaw 2. I love a lot of things about that movie — it’s so wacky and of its time. But the rest is such a mess canon-wise. I think it’s up to you to decide when and how the events of the other movies happen,” Álvarez said.

David Blue Garcia’s ‘Texas Chainsaw Massacre’ successfully continues the engrossing narrative of the renowned 1974 slasher-horror classic brilliantly. Along with Leatherface and Sally, the film also continues the original film’s efforts to offer a valuable social commentary with respect to its time.