‘The Texas Chainsaw Massacre’ is one of the most influential horror film series of all time. From Tobe Hooper’s 1974 film ‘The Texas Chain Saw Massacre’ to David Blue Garcia’s 2022 film ‘Texas Chainsaw Massacre,’ the nine films of the series redefined the slasher film genre. The films of the series center around the cannibalistic mass murderer Leatherface, who kills innocent victims chiefly with a chainsaw. One of the most iconic features of the character, Leatherface’s human skin masks are equally terrifying and intriguing. If you are curious about Leatherface’s significant feature, we have got you covered! SPOILERS AHEAD.

The principal influence behind Leatherface’s masks is Ed Gein, the murderer and body snatcher who largely influenced the characterization of the fictional character Leatherface. Ed Gein was a notorious criminal infamous for amassing skin and other body parts from graves of women and killing two women. He used the skin of dead bodies to wear as a suit to “become his mother” and peeled facial skins to wear as masks. Gein, in his childhood, was extremely dependent on his mother and after the latter’s death, he started to resurrect her through himself. Using skin suits and masks, Gein transformed himself into his mother. 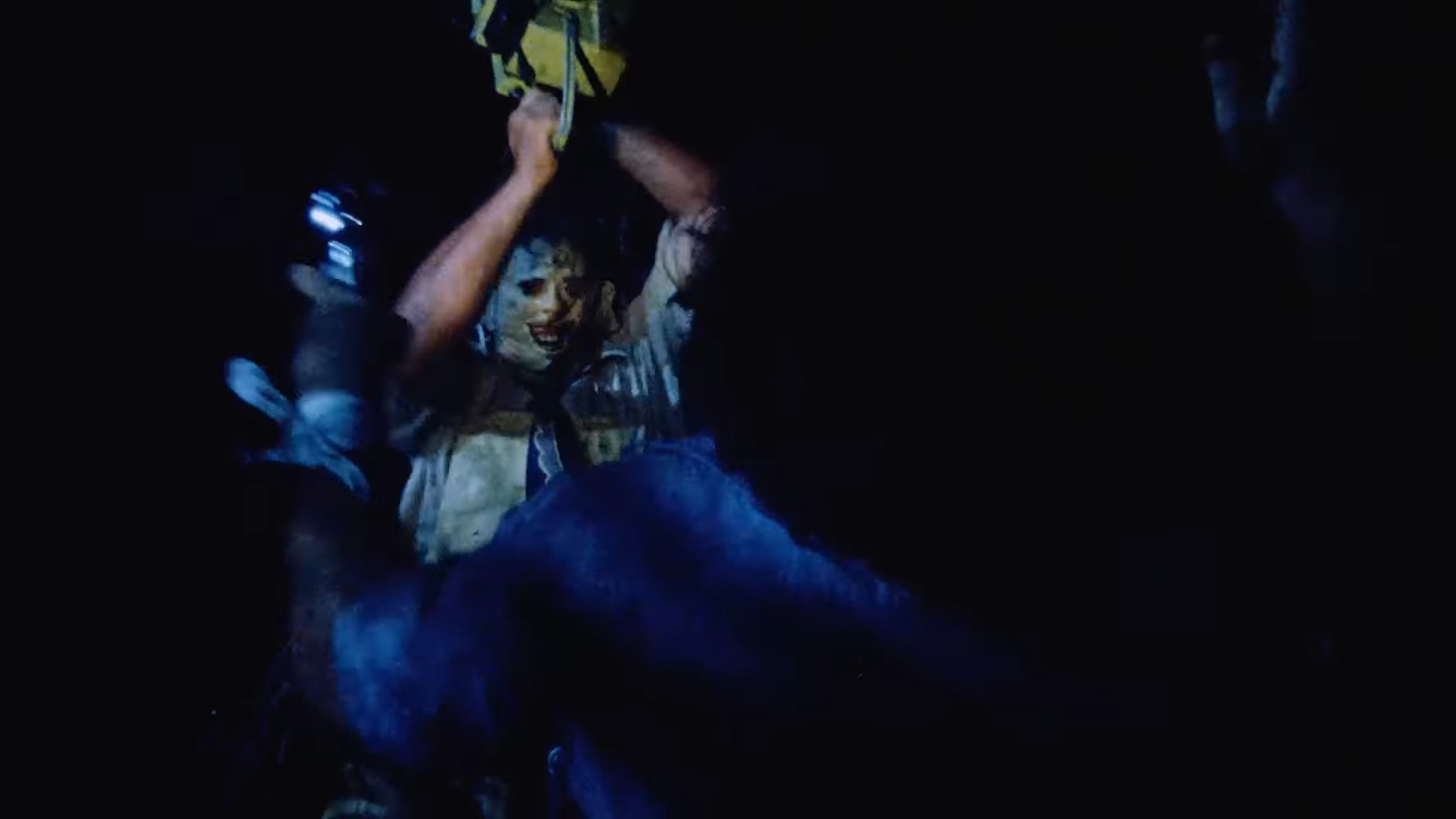 After the 1974 film, directors and writers of subsequent films have redefined the significance and history of Leatherface’s masks in several ways. In the 2003 film ‘The Texas Chainsaw Massacre,’ Leatherface suffered from a skin disease that left his face disfigured. He started using masks to cover his disfigured face and later started to use facial skins of his victims to do the same. In the 2017 film ‘Leatherface,’ which follows the origin story of the character, Leatherface doesn’t suffer from any skin diseases. However, he gets shot in his face and his mother Verna stitches his face to join the facial parts. He uses his two victims’ facial skins to craft a mask to cover his disfigured face.

‘Texas Chainsaw Massacre,’ the 2022 film directed by David Blue Garcia, offers another interesting take on the mask Leatherface uses. In the film, Leatherface uses the facial skin of his caretaker Virginia, who dies due to a heart attack. When Virginia suffers a heart attack while disputing the ownership of her orphanage with Dante and Melody, Leatherface helps the sheriff to get her to a hospital. When Virginia dies midway to the hospital, Leatherface’s murderous instincts reawakens, only for him to peel the facial skin of Virginia to use as a mask.

With Virginia’s facial skin, he kills Dante and others for indirectly leading his caretaker to death. Virginia’s facial skin as Leatherface’s mask symbolizes his attachment with his caretaker and his vengeance on the people who killed her. Over the years, Leatherface’s masked face has inspired countless filmmakers to propel the genres of slasher and horror. We can also expect interesting nuances concerning the masks to unravel in the future films of ‘The Texas Chainsaw Massacre’ franchise.