Where is Adnan Syed Today? 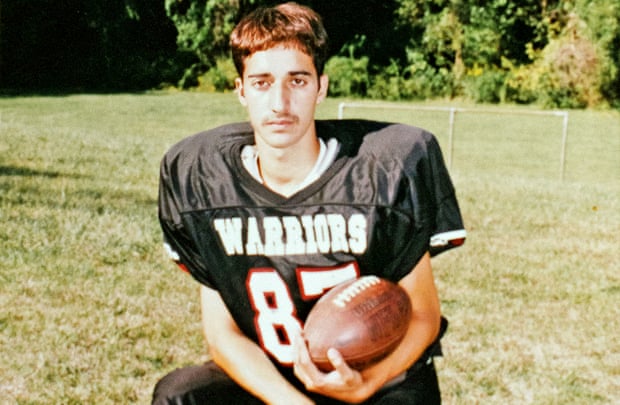 When ‘Serial‘ first came out in 2014, it quickly became a phenomenon. The podcast brought to light the case of Adnan Masud Syed, who was accused and convicted for the murder of Hae Min Lee, a Korean-American high school student, and Syed’s ex-girlfriend. The murder took place in 1999 in Baltimore County, Maryland, and ‘Serial’ brought it to international attention. Since then, questions have arisen about Syed’s imprisonment, and there have been attempts to get him out of prison. Naturally, you might be wondering about where he is at present. Here’s everything we know.

Where is Adnan Syed Now?

Adnan was found guilty of multiple crimes, including first-degree murder, kidnapping, false imprisonment, and robbery on February 25, 2000. He was sentenced to life in prison and an additional 30 years. He appealed the conviction in 2003 to no avail. Syed also moved for post-conviction relief in 2010. He claimed that his defense attorney didn’t represent him adequately, not questioning a possibly vital witness who’d stated she was talking to Syed in the library when Lee was attacked.

Initially, the appeal was denied in 2014, but in February 2015, the Maryland Court of Special Appeals approved the application and remanded the case to the Circuit Court for Baltimore City. Judge Martin Welch ordered the post-conviction relief proceedings to see if Syed was eligible for a new trial. On June 30, 2016, Syed’s request was granted, and the judge vacated his conviction.

On March 29, 2018, the second-highest court in the state, Maryland’s Court of Special Appeals deemed that Syed deserved a new trial. The Maryland Court of Appeals reversed the lower appellate court’s ruling on March 8, 2019. They denied the new trial. Syed’s defense team took it to the Supreme Court. In November 2019, the Supreme Court refused to consider the appeal filed by Syed. They declined to elaborate on why the justices refused to hear the appeal. Unfortunately, up until this point, Syed had been content with the ray of hope wherein he expected to receive a new trial but it was quashed. Earlier in 2019, Rabia Chaudry, a childhood friend of Syed and an attorney working to bring his case to light, revealed that Syed told her previously that “he probably would leave prison in a coffin.”

Meanwhile, C. Justin Brown, Syed’s defense attorney, is not ready to give up. His Twitter bio asks for Adnan to be freed. Brown told the Associated Press that all possible legal avenues are being explored. He’s stated, “We are deeply disappointed by the Supreme Court, but by no means is this the end of Adnan Syed.” There are a couple of options available to Syed moving forward. He could contest the reliability of the cell tower evidence that placed Syed at the park when Lee’s body was buried, and Syed could also file a federal habeas corpus petition stating that the Court of Appeals happened to violate federal law.

Adnan’s lawyer also asserted that though his client is disappointed by the Supreme Court’s ruling, he’s staying positive. Syed remains in close contact with his family, making the most of his life in prison. Notably, Syed is the middle child and has an elder brother named Tanveer, and a younger sibling, Yusuf. He holds on to the hope that someday his conviction will be overturned. Since attempts to get Syed a retrial have failed so far, he’s still behind bars.

Which Jail Adnan Syed is in?

Reports suggest that Adnan’s being held at the North Branch Correctional Institution located at 14100 McMullen Highway, Cumberland, MD. It is a high-tech, maximum-security prison, or a “hyper max prison.” The facility is operated by the Maryland Department of Public Safety and Correctional Services. It is broadly in Cresaptown, in the unincorporated Allegany County. Check out his official record here. Born on May 21, 1980, Adnan Syed recently turned 40. [Cover Picture Courtesy: Jonathan Hanson/Syed family]