Is After Life Based on a True Story? 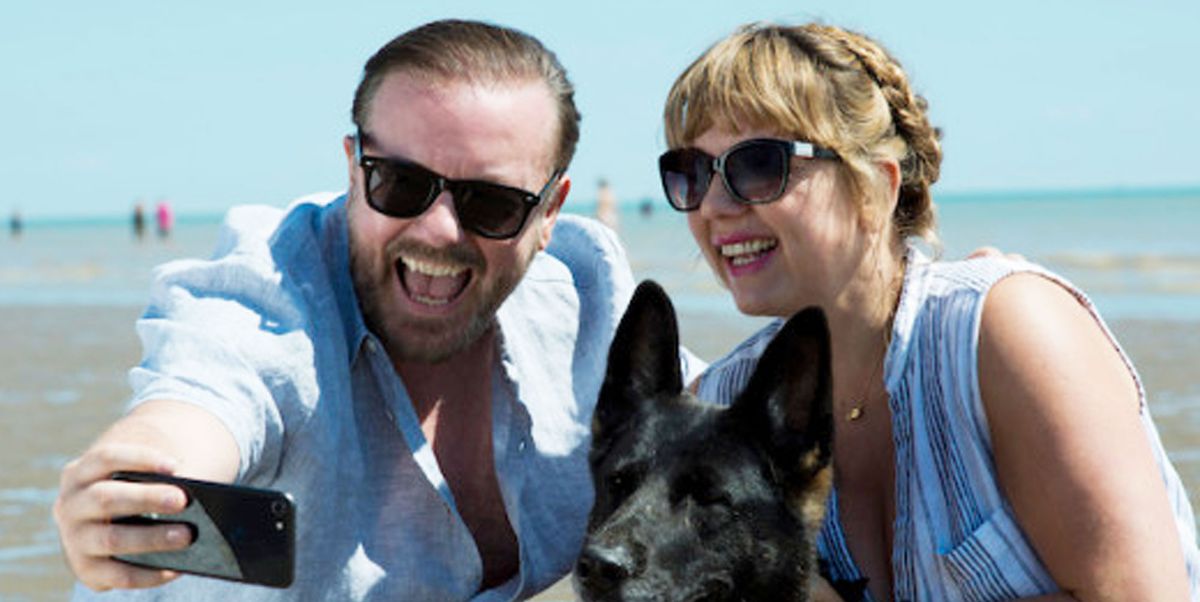 Netflix’s ‘After Life’ stars Ricky Gervais as Tony Johnson, who discovers a unique superpower within himself. After the death of his wife, he has nothing to lose, which means that for everything he does, there wouldn’t be any real consequences. He can get away with saying anything, and when it gets the worst, he can always kill himself.

This leads to a lot of hilarious situations in the show. In real life, as well, Gervais is not known for holding back on the jokes that have the potential to hurt the feelings of others. In fact, we see a lot of Gervais in Tony. Does this mean that there is no difference between the character and the man who created him? Is ‘After Life’ based on Ricky Gervais’ life? Here’s the answer.

Is After Life Based on Ricky Gervais’ Real Life?

No, ‘After Life’ is not based on a true story or for that matter Ricky Gervais’s life. Tony Johnson comes from Gervais’ imagination; however, like every other character created by him, there are a lot of things common between him and Tony, as well. He has confessed on multiple occasions that almost every work of his is semi-autobiographical, and it holds true for his ‘After Life’ character as well.

Gervais’ comedies are usually about everyday life and depend a lot upon the eccentric characters that inhabit that world. ‘The Office’ wouldn’t be the same without David Brent, ‘Derek’ has Derek, and so on. Usually, it is the characters that come to Gervais before he starts drafting a story for them. In the case of ‘After Life’, however, it happened the other way around.

He thought about how a man would choose to live in this world if he had nothing to lose. Having lost his parents, Gervais knew how he would tackle that part of grief, but he stretched the idea further to the loss of one’s partner. Mixing with it the discussion of free speech and offensive comedy, which he is often criticized for, he found a perfect setting for the story.

The soul of ‘After Life’ lies in the love story of Tony and Lisa. After her death, he becomes depressed and loses his will to live. To bring that emotion on the screen, Gervais channeled his own love story. He lives with his partner, Jane Fallon. They didn’t get married because Gervais saw no point in having a ceremony before the eyes of God when he is an atheist. The idea of “partying” on their sofa with the dog is what Gervais loves in real life as well. Like Tony loves to prank Lisa, Gervais has his own pranks going on with Jane.

Tony’s behavior in the show is attributed to his anger towards the world. Gervais observed that people don’t generally find a man funny if he is trying too hard. On the other hand, anger often leads to funnier situations. This revelation allowed him to give the necessary edge to the protagonist. He cooked up the idea of a “verbal vigilante”, and added in his own experiences in the mix, especially the ones which he wished had played out differently in real life.

For example, in one of the scenes, Tony takes his nephew to a restaurant where he orders kids’ meals for both of them. The waitress tells him that he can’t have it. So, Tony orders two meals for his nephew, and then practically stuffs one in his mouth as the staff watches. A similar thing had happened to Gervais in Camden. He, however, simply let it go. In retrospect, he thought about what he should have done, and he let Tony have that.

He also made Tony a journalist because that gave him the chance to put the character in awkward situations that would test his patience. Tony doesn’t want to be around anyone, but the job requires him to go around town. The cases that Tony and Lenny cover in the show are also based on some real things that Gervais came across. For example, the woman who makes rice puddings from breast milk and vaginal yeast is not a figment of the writer’s imagination.