Is After We Collided Based on a True Story? 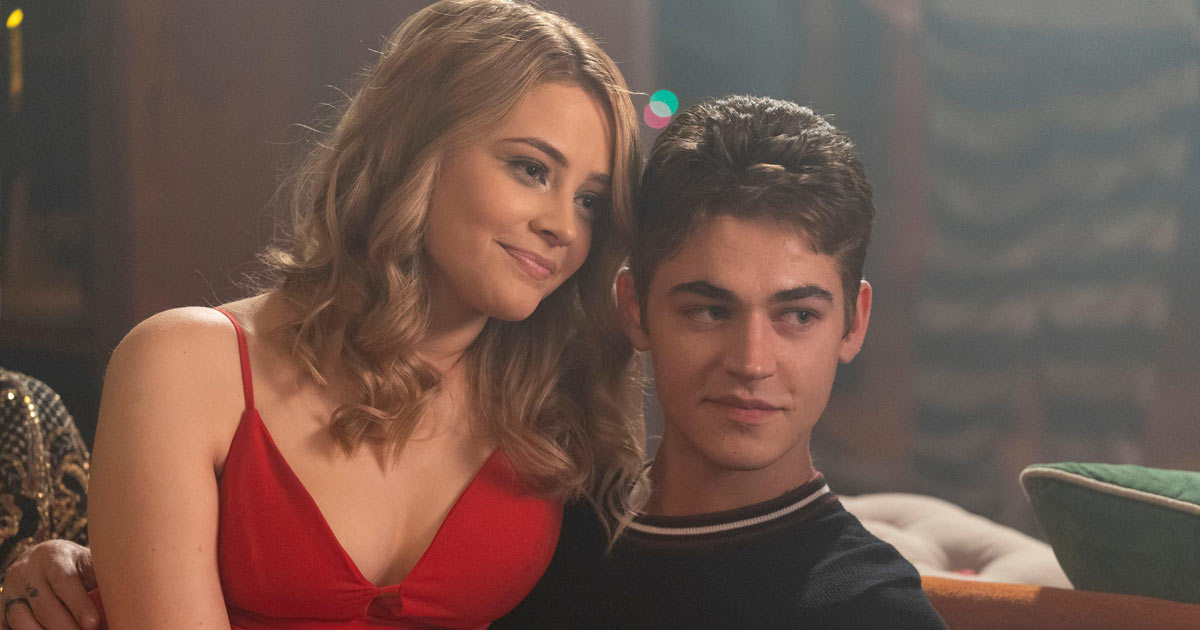 The ‘After’ franchise enjoys a dedicated fanbase. Its erotic and sultry storyline has rendered its newest release, ‘After We Collided,’ another fan-favorite. ‘After We Collided’ grabbed more eyeballs and inducted more ardent supporters into its die-hard fandom. The movie stars Josephine Langford, Hero Fiennes Tiffin, and Dylan Sprouse, among others. If ‘Fifty Shades of Grey’ had undertones of young adult fiction, ‘After We Collided’ would be the final product. One can’t help but be piqued by the movie’s sinfully dark plot and wonder: Is the movie a work of complete fiction, or are there grains of truth to ‘After We Collided’? We find out below.

Is After We Collided Based on a True Story?

No, ‘After We Collided’ is not based on a true story. Instead, the film draws its source material from the eponymous second book in writer Anna Todd’s four-book ‘After’ series. How did Todd’s much-loved series come about? Well, one fine day, Todd found herself escaping down the rabbit hole of One Direction fanfiction. This took place in 2013, when the “1D” phenomenon was at its heights. Todd would voraciously consume volumes of fanfiction on the global storytelling platform Wattpad. Incidentally, both Wattpad and One Direction’s rise to the top coincided, each craze feeding into the other.

But when Todd’s favorite Wattpad authors failed to update books that had her hooked, she took matters into her own hands – she began writing and publishing on Wattpad herself. A germ of an idea had already taken root: Todd had found a piece of fanart. ‘Fanart’ or ‘fan edits’ are pieces of artwork created by die-hard fans of a particular artist or group of artists. Todd had spied a punk edit – i.e., decking out an artist in punk attire – of a photo of One Direction heartthrob, Harry Styles.

Todd’s fictional rendition was world’s apart from the boy band member’s real-life persona, but it proved immensely popular. Todd’s book began racking up Wattpad views by the number, so much so that she felt compelled to write more. What started out as a hobby in 2013 culminated in a series that had garnered 1 billion reads on Wattpad by 2014. The second book from the series – ‘After 2: After We Collided’ – would go on to form the basis for the second film in what’s shaping up to be a great film franchise.

The next logical step for Todd was to go paperback. Wattpad Studios – a segment of Wattpad that secures book, movie, and television deals for its authors – helped land Todd a deal with publishing giant Simon and Schuster. The first book in the series, ‘After,’ was published on October 21, 2014. ‘After We Collided’ followed a month later and was released on November 25, 2014. The movie rights to the fan-fiction were sold to Paramount before Todd’s first book could even hit the shelves. However, nothing came to fruition of that deal. At the time, ‘After’ languished in developmental limbo.

So, producer Jennifer Gibgot pleaded with Paramount to release the film rights, and they obliged. Gibgot proceeded full-steam to find financiers for the film. And she did find it! CalMaple Media and Offspring Entertainment bought the film rights to ‘After’ in 2017. Other producers also hopped on later. On April 8, 2019, the first cinematic installment was released to much fanfare. Not much later, on May 19, 2019, Todd announced that the sequel ‘After We Collided’ was already in the works and that filming would soon be underway. For the second film, Todd herself crafted the script, along with fellow writer Mario Celaya.

Read More: Where to Stream After We Collided?