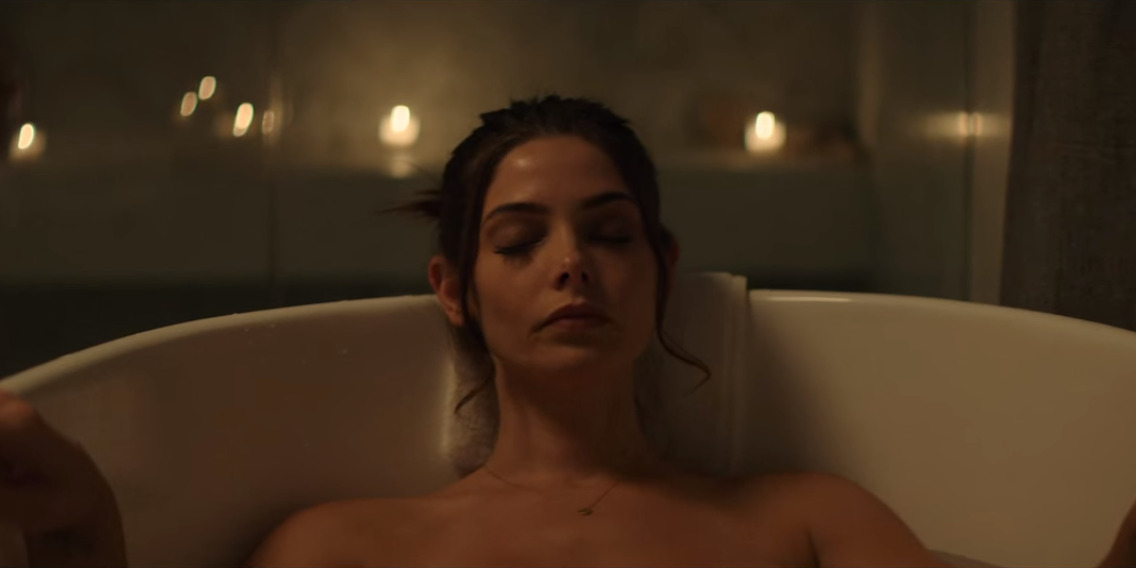 Director Peter Winther successfully creates an ambiance of psychological intrigue in the horror thriller ‘Aftermath.’ The story begins in the aftermath of a visceral homicide, and the initial credit sequence (somewhat in the ubiquitous style of David Fincher) prepares us for what is to come. Kevin and Natalie have a tainted marriage, and they are pulling all the strings to reinstate peace in their lives. Hoping a change of environment would do them good, the couple moves into the house of the homicide. They get a great deal on the house and move in shortly after.

However, a series of sinister events put a dent in their anticipated peace. In the end, the ghastly occurrences at the house only bring the couple closer. Ghosts, white supremacists, arsonists, rapists, and betrayed lovers make for a psychological thriller of nail-biting palpitation. The ending is well-rounded, but some aspects may still boggle your mind. Fret not because we are here to take you back to the crime scene. SPOILERS AHEAD.

College dropout Kevin works at a cleaning agency with Dave and Garrett as he continues his education. They clean the scene of a nasty homicide, and afterward, meet the owners Claudia and Robert Sorrentino. Kevin’s wife Natalie is a promising fashion designer looking forward to getting her big break, and she has a loving sister in Dani. After Natalie’s extramarital affair, the couple is going through a tough time, and their therapist suggests they have a change of scene. 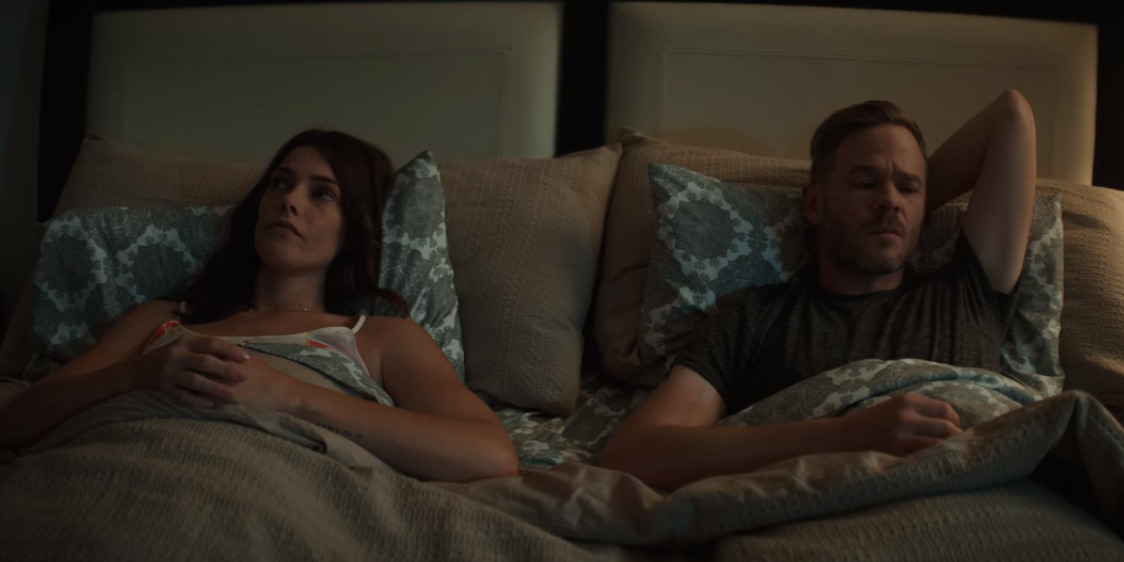 Impulsively, Kevin proposes to Natalie that they buy the house of the homicide: at 992 Hallow Park Way. They get a good bargain since such crime scene residences generally avert people. Kevin, Natalie, and their dog Odi move into the house shortly after. And thus begins a series of seemingly sinister events. In college, Kevin meets a new girl, Avery, while Natalie is confronted by her old flame Rick at the business meeting. An air of mistrust thwarts the couple by surprise, and some of it looks ostensibly orchestrated. After a shocking encounter in the wardrobe, Dani goes missing.

Natalie ends up shouting at her mother at the family dinner. Rick sends Natalie flowers, but Natalie calls up Rick to learn that he did not send the flowers. Odi dies from a poisonous substance, and Kevin falls sick shortly after. Meanwhile, someone breaks into Natalie’s house, but the cameras fail to capture anything. Kevin thinks these episodes to be Natalie’s “paranoid hallucination,” while Natalie’s life slowly falls to pieces.

Aftermath Ending: Who Is Otto? Is He Dead or Alive?

Kevin’s car is set ablaze by a group of vandals, which the police find out to be a hate crime against some white supremacist organization. Kevin assures the police that they have nothing to do with the hateful posts circulating on social media. But the original post has been deleted, and the police cannot trace it back to the source. After the apparent break-in, Natalie’s life comes at an impasse. She fails to meet her deadlines, and as the CCTV cameras do not capture the intruder’s face, the police do not find a reason to believe Natalie.

Kevin does not believe Nat’s story since he thinks it to be a fabrication. But we have seen someone creeping up at Natalie from behind, and we know that there may be some truth in her seemingly paranoid visions. When Rick sends Natalie flowers, the rift between the couple only widens. But Natalie is in for another shock when she comes to know that Rick has not sent her any flowers.

Frightened and paranoid, Natalie goes to Claudia to further investigate the bloody history of the house. From Claudia, Natalie comes to know that the house’s previous owners were Claudia’s brother Jay and his wife, Erin. Jay was not faithful to Erin, and Erin thought to get even. Erin apparently had an affair with a person whose identity is shrouded by mystery. Claudia, however, still seems to believe that Jay loved Erin a little too much.

On her way out of the house, Natalie is confronted by Robert. Robert’s contemptuous words to Natalie come as a not-so-subtle threat, and we sense that maybe Robert has something to do with the mysterious occurrences at the house. Afterward, things take a downward turn, with Odi being od-ed with a poisonous substance. After Odi, Kevin falls sick from the same substance, and after talking to the doctor, Natalie learns that the substance is Nerium, a poisonous flower that grows commonly in gardens. Natalie is attacked by a guy named Travis Murray, and the police have evidence that Robert Sorrentino circulated a post depicting Natalie as a lonely wife with BDSM fetishes. 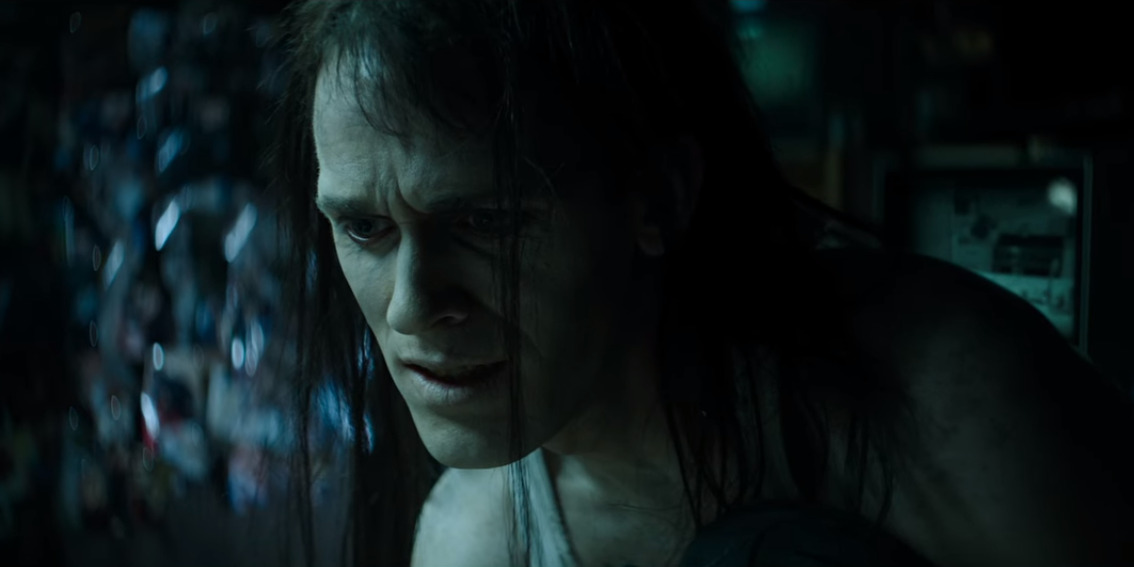 The police take Robert in, but that is not the end of the mystery. You may remember the figure Natalie saw in the hallway that compelled her to jump into the pool. For a moment, we think Natalie to be hallucinating, but only later in the story do we get to know that this guy exists. This is Otto, the person who voyeurs Natalie in her sleep and poisons Kevin and the dog. We understand that Otto is the secret lover of Erin, who stays in a dungeon underneath the house, possibly organized by Erin. Erin seemingly betrayed him by keeping him locked in the dungeon, which explains his present neurotic state.

Natalie pacifies Otto by beguiling words, but when Otto sees Kevin coming into the house, we sense that Kevin’s life is under threat. Natalie asks Otto to assail Kevin, promising that they can be together after the deed is done. As Otto ventures out in search of Kevin, it buys Natalie some time to free herself from the shackles. Otto fights with Kevin, but Natalie diverts his attention. As he goes downstairs to deal with Nat, Kevin creeps up from behind and gives Otto a taste of his own medicine. Natalie stabs him in the neck with a pair of scissors, and as the police flock outside the house in the next shot, we sense that Otto is dead.

We meet Dani at the beginning of the movie, and the two sisters have a hearty conversation. Later in the plot, against Natalie’s wish, Dani arranges a family dinner with their estranged documentary filmmaker mother. Natalie asks Dani to feed Odi before coming to the dinner, and Dani does an errand at Natalie’s new house. Dani feeds Odi as asked, but Odi seems to be distracted by an apparition. Dani finds the record playing by itself, and a series of supernatural events follow. Out of curiosity, Dani visits the wardrobe, and in a massive jump-scare, she is dragged into the darkness behind the closet by a seemingly supernatural entity. 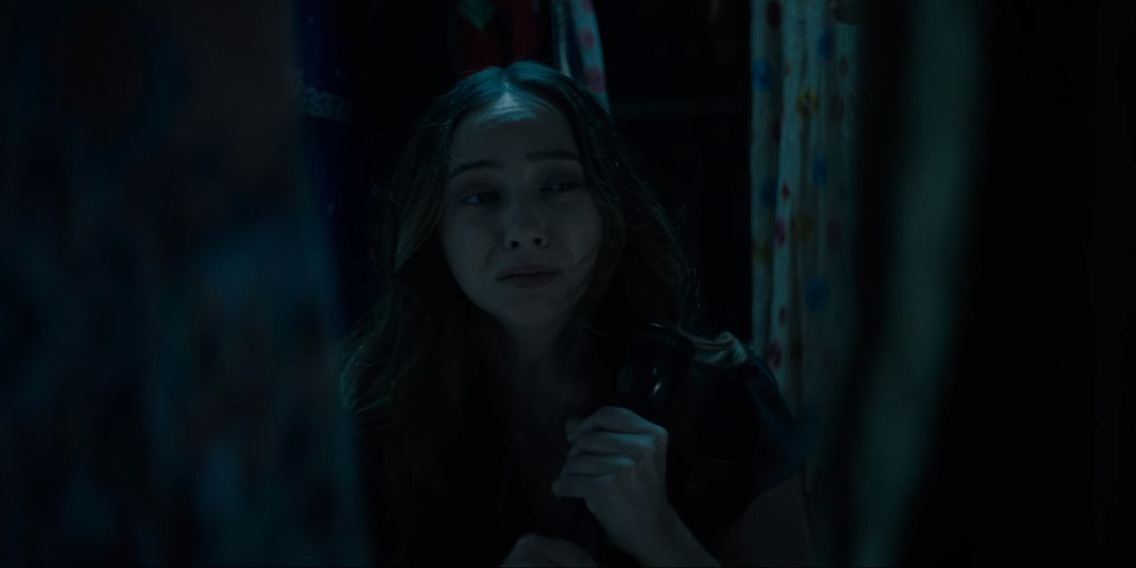 We do not see the entity in the scene, and Dani is also missing. But Dani sends a message to Natalie, stating that she can’t be present at the family dinner. Dani comes off as eccentric and whimsical, and Natalie does not pay much heed to the incident. We see Dani again in the final act, although not in a living state. As a bound Natalie is dealing with Otto, Kevin ditches Avery and comes back home hoping to rekindle his and Natalie’s stale love.

Kevin sees the note that Natalie left him and heads to the bathtub. Natalie is not there, so Kevin moves upstairs and sees someone on the bed (and needless to say, he thinks the person to be Natalie). He gets under the blanket and holds the body, but a blood-drenched hand makes him snap out of the dream. The body, we see, is actually the pale corpse of Dani. She has been dead for quite some time and, most likely, Otto is the perpetrator of the murder.

Does The Couple Leave the House?

The epilogue begins with a month’s time jump. After the devastating encounter with Otto, Natalie is still in a bit of a shock. We see that the couple has a new dog now. Previously, we have seen Natalie asking Kevin to sell the damned house and move out of it, but Kevin shrugs her off by saying that they are under a lot of financial stress. But now, with Natalie’s business finally taking flight, we don’t think they have any financial problem paying off the mortgage. 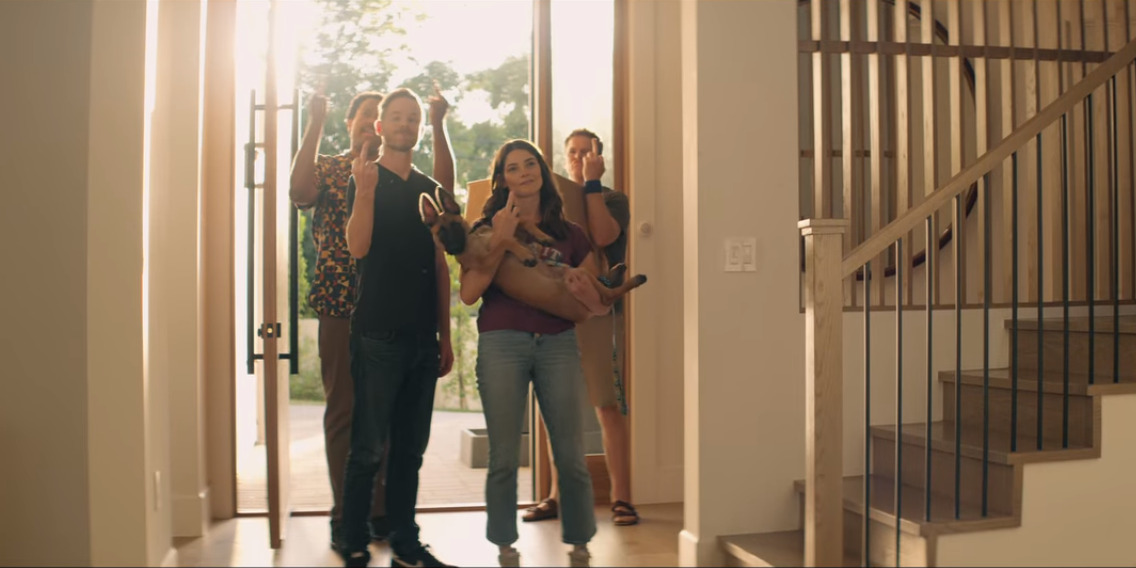 Therefore, the finality of the movie sees the couple moving out of the house. They say their goodbye to the crime scene by showing middle fingers, and the movie comes at its destined end. The ending is decidedly comic, but after the array of sinister events that unfold in the house’s premise, we don’t think it to be safe for either Kevin or Natalie to stay in the house for any longer. Moreover, in the final shot, the door closes by itself, indicating some supernatural presence. So, they perhaps take the right decision by moving out of the property.