Against the Ice Ending, Explained: Do Ejnar and Iver Find the Cairn? 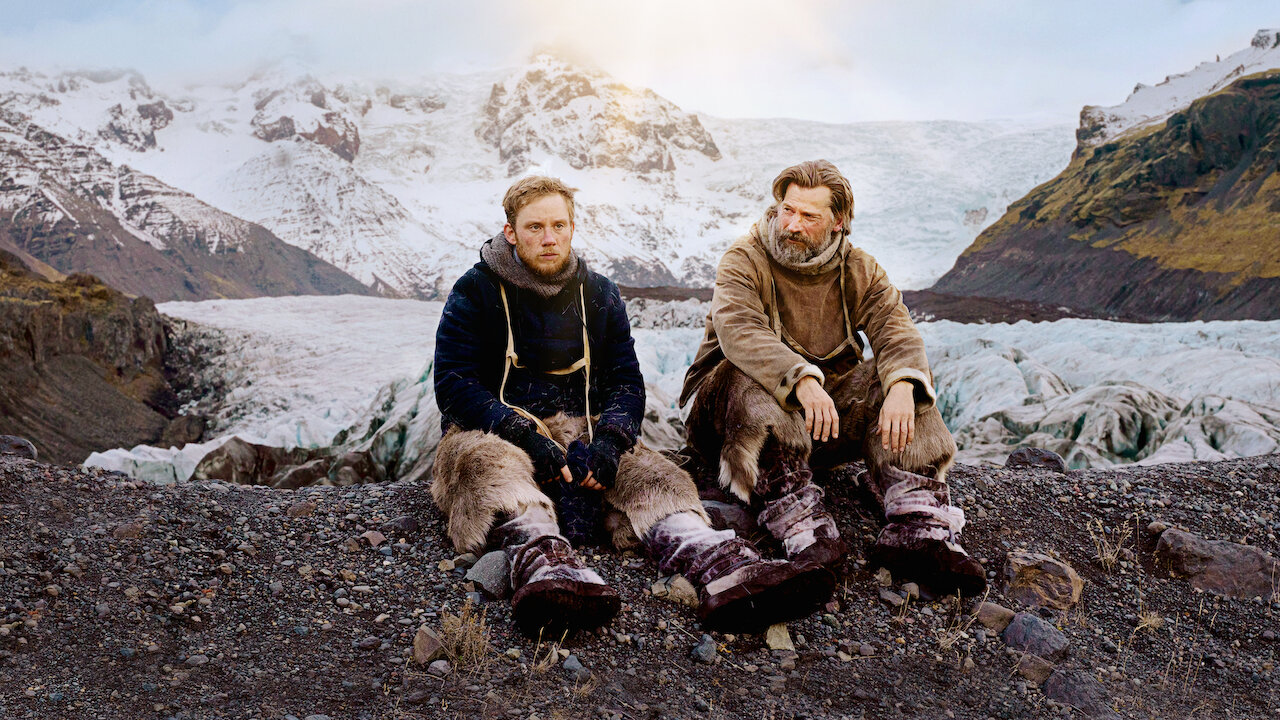 Helmed by Peter Flinth, the historical survival movie ‘Against the Ice’ is an enthralling chronicle of a discovery. Based on the book ‘Two Against the Ice’ by Ejnar Mikkelsen, the story revolves around explorer and captain Ejnar Mikkelsen in the most crucial discovery of his life. He defies all odds. Teaming up with novice in-house mechanic Iver Iversen, he strives to find the lost records of Mylius-Erichsen. The snowy backdrop entices the audience, while adequate light enhances the period feel. Now, you may feel like revisiting the story’s finale in greater detail. If the final moments are bugging you, let us decode the end of the journey. SPOILERS AHEAD.

Against the Ice Plot Synopsis

Ejnar Mikkelsen and his crew are stuck in a tricky situation in the middle of an expedition. His ship, the Alabama, is immobile in a heap of ice off the coast of Shannon Island, a part of Greenland. The objective of the Danish explorer is to find the cairn left by Mylius-Erichsen, a previous Danish voyager whose expedition ended in a tragedy. They were successful in their discovery but could not make their way back to civilization. Ejnar Mikkelsen only found the body of the Greenlander Bronlund and a diary and a map in his pocket. The other two bodies were buried in the heap of snow.

In the present, Mikkelsen’s long-time explorer partner Jorgensen concurs an injury in his leg. Therefore, Mikkelsen was another of the lads to accompany him. It is an opportunity of a lifetime, but no one is adventurous enough to chart the deadly terrains of northern Greenland, except Iver Iversen, the newest member of the group. He joined the crew as an engineer, but he also claims to be a sharpshooter and a good enough dog-handler. Moreover, he is also the only person volunteering to go on the adventure.

Jorgensen reminds Mikkelsen of Naja, but Mikkelsen is adamant to find the lost records of Mylius-Erichsen. In March 1910, after a brief photo session, Ejnar Mikkelsen and Iver Iverson set out on the sprawling journey of 200 miles through a glacier-laden icy landscape. Iver loses his favorite dog, Bjorn, while they lose a sled. Supplies almost come to an end, and Iver thinks of giving up, but they finally locate the cairn. However, with polar bears and unexpected delusions, the way back is far more dangerous.

Against the Ice Ending: Do Ejnar and Iver Retrieve the Lost Records?

Mikkelsen and Iversen retrieve the records from the cairn. Mylius-Erichsen has left a letter for the needful, stressing that the Peary Channel (a supposed water body that cuts Greenland in half) does not exist. Now, you may wonder what it means for the protagonists. Although Iversen cannot understand the implications of the discovery, he is happy since Mikkelsen is happy. US explorer Robert Peary thought there to be a narrow river body in the North-eastern region of Greenland, which he named after himself. The Danish explorers found fjords (glacier lakes) in the places of what Peary thought to be a river. 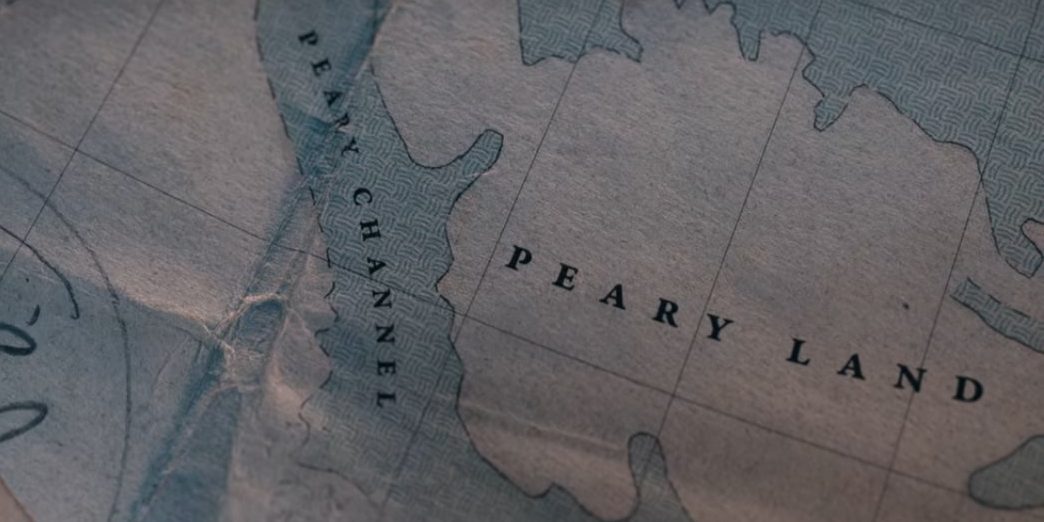 Now let us go way back in Greenland’s history. Greenland was a fishing colony over which Denmark and Norway had joint sovereignty. By 1814, Norway’s status in the alliance became frail, and Greenland officially became a Danish territory. Due to the US expedition, the Danish people thought they could lose a part of Greenland if the Peary Channel dissected the land. Thankfully, Mylius-Erichsen dismissed the possibility of a river near the Peary Channel, and Denmark gets to keep all of Greenland. Although, the peninsula Peary Land, in Greenland, commemorates the famous US explorer.

Now let us get back to the movie. After the discovery, Mikkelsen and Iversen head back to the base camp. However, the journey back is far more daunting, fraught with unforeseeable perils. After an encounter with a polar bear, the duo loses the remaining dogs. Mikkelsen destroys the remaining sled to make a fire, continuing on foot. However, at one point, even Mikkelsen thinks of giving up. He makes a similar cairn to the one Mylius-Erichsen made, placing the letter and the map in it. However, despite the momentary pessimism, they find the urge to fight back, making their way back to the base.

The story’s grimness further intensifies when they discover that the other crew members have left the scene. However, the others have left Mikkelsen and Iversen a year’s worth of supplies and a cottage made from the remains of the ship Alabama. Now Mikkelsen is hopeful enough to go back and fetch the document he left in the cairn. With little supplies and no sled, they succeed in the follow-up mission. At the end of the story, the government of Denmark awards Mikkelsen and Iversen for their discovery.

Is Naja Dead or Alive? Do Mikkelsen and Naja End Up Together?

Iversen brings out a photo he procured from the ship early in the story. The image is of women, the loved ones that the crew members left home to join the expedition. Iversen has invented imaginary names for some of the women in the photo, but when he hands the image over to Mikkelsen to do the same, Mikkelsen points to a woman standing in shadow. Her face is almost invisible, and he names her Naja. However, in the course of the story, we come to know that Naja has a palpable presence in the life of Mikkelsen. 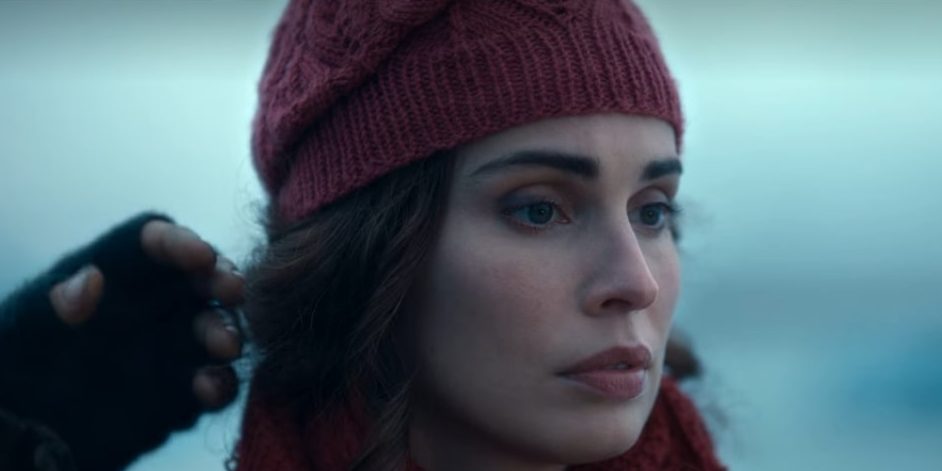 Mikkelsen later sees Naja during his second stay at the cottage. Naja apparently descends from an air balloon and begins staying with Mikkelsen and Iversen. Later still, Mikkelsen even suspects Iversen of having a fling with Naja. Still, he realizes later that reality and imagination have gotten mixed up in his mind due to extreme cold and malnutrition. At this point, you may wonder whether Naja is dead or alive.

However, as they return to civilization and get ready to receive their rewards, Mikkelsen sees a woman standing backstage. Mikkelsen asks Iversen whether Iversen can see the woman as well since he has had delusional episodes about her in the past. Although Mikkelsen stresses that he must travel light in his profession, we come to realize that he has a loved one too back at home. In the end, a title card suggests that Naja and Mikkelsen got married after his near-death experience. Therefore, they do end up together.

Read More: Are Ejnar Mikkelsen and Iver Iversen Based on Real Explorers?