‘Alaskan Bush People’ is a fan-favorite on Discovery and sees the Brown family hacking it out in the wilderness. Facing the forces of nature, the dangers of wildlife, while trying to gather resources, is not easy. Although it has been packaged as a survival show, there have been several reports over the seasons, to convince even the most loyal viewer, that the show is not real. The information has come in bursts and spurts but taken together, the proof against ‘Alaskan Bush People’ is undeniable. Of course, by this point, most viewers are so in love with the family members that they watch the series regardless of its authenticity. But, there are always those who wish to know precisely where the show’s deviated from keeping things real. We’ve got the details right here. 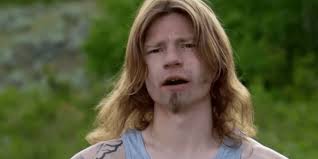 The Brown family embraces the tag as ‘Alaskan Bush People,’ but they aren’t from Alaska. Both Billy and Ami Brown were born and raised in Texas, which is where they met. After starting their family, the two moved as far north as they could. Identifying with the Alaskan wilderness, the Brown family’s claim to fame is that they apparently film in locations that are incredibly isolated and far-removed from human civilization. However, a closer look at the shooting spots has exposed this to be an utterly incorrect fact.

Anchorage Daily News dug deep into the accuracies of filming, finding out that the Browns shot parts of the series on land that lies 10 miles south of Copper Center, and is easily accessible via a dirt road just off a highway. The cherry on the cake (err, topping on the pizza?) is that the shooting spot is half a mile from a pizza place. It is hardly an isolated location as it is portrayed.

The Browns have also made us feel as if the spot is dangerous, with there being alleged shots in one episode and the Browns saying that they won’t defend the land beyond an extent. Careful investigation has shown that local authorities did not file any complaint from anyone related to the show, about shots being fired. However, they did receive a complaint about fireworks being shot at a helicopter being used for filming. The best bit is that the apparently isolated location inhabited by the Browns was close enough to a neighbor, who was disturbed by the filming and took matters into his own hands!

Jason Hoke, the neighbor, said he “decided to shoot a couple in the air, not in the vicinity, and let them know ‘Hey, get away from my house!'”

Despite an apparently self-reliant philosophy, Billy and Joshua applied for Federal aid and were investigated for being untruthful in the applications. There’s more, and viewers took notice when Noah Brown called a ‘friend’ over when he had Browntown to himself. The woman turned out to be Karynna Kauffman, a professional actress with her own IMDb profile. It is quite evident that the show hired her rather than the eventuality that she’s friends with Noah in real life.

Although the Brown family appears to eschew materialism at their core, reports suggest that they amassed quite a bit of wealth in Texas, and in their heyday, could afford private planes and boats. Despite the many embellishments in the series- which the Browns initially denied – the show continues to be massively popular. Now, the Browns have embraced the inaccuracies, and everybody knows that ‘Alaskan Bush People’ is more of a themed reality series. However, it has done nothing to reduce the popularity and fans keep flocking to learn about their lifestyle each passing season.

Read More: Where Are the Alaskan Bush People Now?