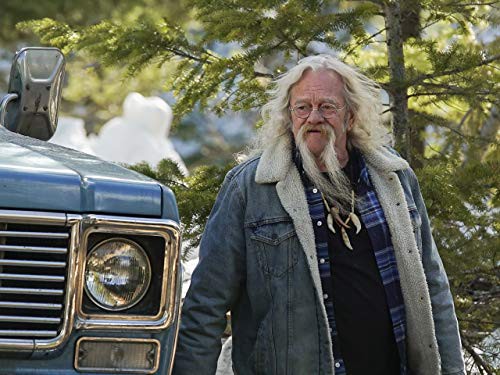 Living in the wild might not be easy, but the family that is the focus of the ‘Alaskan Bush People‘ has been doing it for the longest time. They make it look fun while remaining informative for their viewers. The Brown family toughs it out in the wilderness each day, with the cameras rolling, and have become celebrities in their own right. Naysayers might be eager to point out the numerous controversies challenging the authenticity of the incidents shown, but the truth is that viewers are drawn to the outdoorsy living depicted, where one cannot fall back on the safety net of modern societal innovations to help them through daily tasks.

With the series currently on its eleventh season, we already know that the titular bush people of Alaska are not there anymore. They have shifted to the Pacific Northwest after spending some time in sunny Los Angeles for the cancer treatment of the family matriarch. Since they had to leave their old home or Browntown, the aim is to build a new place to call home. With that in mind, the Brown family has set about creating a new self-sustaining village. The first episode shows the members of the family trying to put a windmill in place because a source of power is one of the basic things which will help them develop their abode.

This is the note on which the second episode starts, and we know that you must be waiting for a recap. We are here to give you just that, but first, let us tell you about where and when you can see the next episode of ‘Alaskan Bush People’.

‘Alaskan Bush People’ Season 11 Episode 3 is slated to release on December 18, 2019, at 8 p.m. ET on the Discovery Channel. The episode has been titled “Storm Warning”. From what we are given to understand, a heavy storm is predicted to hit the mountains, spelling trouble for the Brown family. The vagaries of weather are always something to be considered while living outside, and the family has not set up their abode properly yet. It is all hands on deck as the members rush to store water and complete a major project. Gabe will also be seen preparing for the approaching wedding with a surprise bachelor’s party.

It is evident that we will be getting new episodes each Wednesday, dropping at the same time.

Being a Discovery Channel show, you can see ‘Alaskan Bush People’ easily if you have subscribed to the channel on your television. Cord cutters need not worry either, because you can head to Discovery Go to stream the same content. If you want to use a cable-free live streaming platform, you can head to PhiloTV, FuboTV, and SlingTV, which offers Discovery as part of the channel pack.

Episode 2, titled ‘Bears of a Feather’ starts off with showing us some new footage from the Bush. Living in the wilderness must mean encountering wild animals now and then. This time, the Brown family has to deal with a bear. They can be dangerous creatures and the family takes precautions accordingly. However, they realize that the hungry bear has managed to spook the livestock. Trying to hit upon why the bear is coming to their establishment, the Brown family decides that the blame lies with the three new young ostriches. Now that they have a plan of action, the family will surely batten down the hatches to discourage any further visits from the bear.

Meanwhile, the assembly of the windmill leads to the siblings scaling dangerous new heights. As we had posited, the building of the windmill will be a major part of the upcoming episodes, since power is important for the new Browntown. However, now that we know that a storm is headed their way in the upcoming episode, it remains to be seen if the windmill is completed before that, and whether the newly assembled windmill can stand the onslaught, or will require fixing after the storm passes.