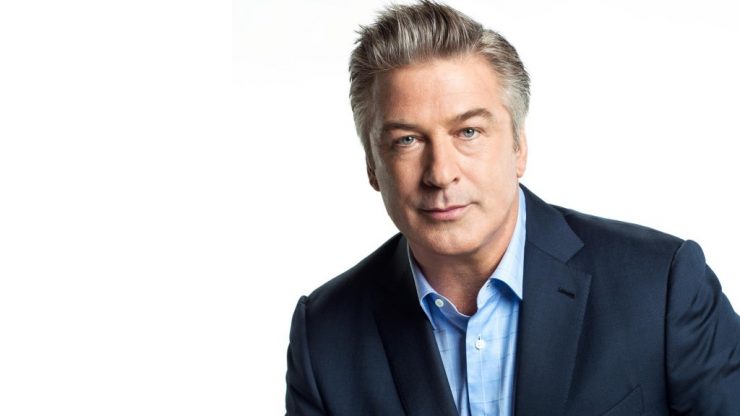 Alec Baldwin is more than just an actor, he is a major part of the Hollywood industry. Someone, who’s been around for ages and has had his share of accolades, Baldwin is the sort of person who is always around, in sup[porting roles, in voiceovers and this powerhouse of talent has many great works under his belt. Here is the list of top 12 movies and television shows of Alec Baldwin.

Most actors are praised for their acting roles, and Wes Anderson’s film has such a stellar cast that there is an unsung hero in the film who often goes unnoticed. The narrator. The voiceover narration in the film is done by Alec Baldwin and he does a fantastic job at it. Just like Morgan Freeman’s narration gives life to every scene, Baldwin brings his own unique flavor into the narration. A deadpan narrative style with a neutral voice might not seem like the best choice for a voiceover narrator especially when you see someone like Freeman oozing dollops of emotion in his voice, however, the deadpan neutral style fits perfectly with Wes Anderson’s visual aesthetic and blends to form a complete picture. All this is to say, that despite a deadpan tone, Baldwin in his immense talent does slip in slight edges to his line deliveries, making them near perfect for the film.

This Martin Scorsese directed film sees Alec Baldwin in a straightforward and brilliant representation of Juan Trippe, the pioneer and the founder of the Pan Am airline. Baldwin brings the character to life and it goes to speak to his immense talent as he shares screen space with the extremely talented Leonardo DiCaprio and still manages to turn eyes to his larger than life character, which is not a very easy thing to do when the larger than life character of Trippe is bound to seem rather small when compared to Howard Hughes. However, Baldwin pulls it off and with a practiced finesse. 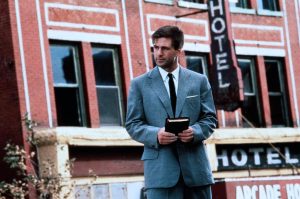 Directed by Jim McBride this biographical film is of course based on the life of Jerry Lee Lewis. The title of the film is one of his most popular songs and Dennis Quaid plays the protagonist while Alec Baldwin plays the role of one of his cousins Jimmy Swaggart. Baldwin brilliantly gets into the character of the then-struggling Pentecostal preacher and his interactions with Jerry bring out the tensions between their lifestyles – Jimmy’s deep religiousness and Jerry’s wild rock and roll life. Baldwin brilliantly serves as a foil in the movie to bring out Jerry’s adamancy and his devotion to a wild and carefree life. 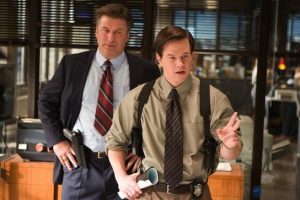 In yet another collaboration with Martin Scorsese, Alec Baldwin appears in this crime thriller as Captain George Ellerby. Baldwin appears next to a stellar cast including DiCaprio, Matt Damon, Jack Nicholson and Mark Wahlberg and he still manages to steal his scene away. Ellerby is present in a few scenes one of them including a failed sting operation and Baldwin’s sublime acting has truly proven him to be an indispensable supporting actor as he adds a flavor of tension and subsequent disappointment to the scene. 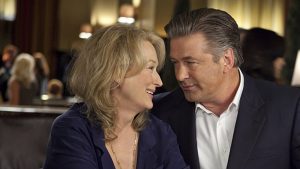 Directed by Nancy Meyers, this film stars Meryl Streep as Jane, a woman who runs a bakery and Alec Baldwin as her ex-husband Jake Adler who she begins a secret affair with. A fine comic film, the movie is really uplifted a lot by the stellar acting performances of both Streep and Baldwin. Alec Baldwin was recognized for his supporting role through a BAFTA nomination. 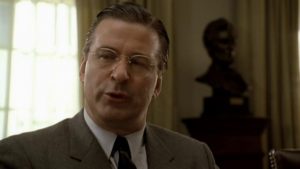 Directed by John Frankenheimer, this biographical television film is basically a look at the Vietnam war through the eyes of President Lyndon B Johnson and his cabinet members. Hailed as one of Frankenheimer’s greatest works, this epic plays out like an Oliver Stone thriller, it has the same intensity and some of that intensity is brought to the table by Robert McNamara, the secretary of defense, played by Alec Baldwin. Sutherland might have received the award for his role as Clifford, McNamara’s successor, but Baldwin delivers a memorable performance of a man who has to make difficult calls in a very difficult time.