Review: ‘Altered Carbon: Resleeved’ is No Match to the Original 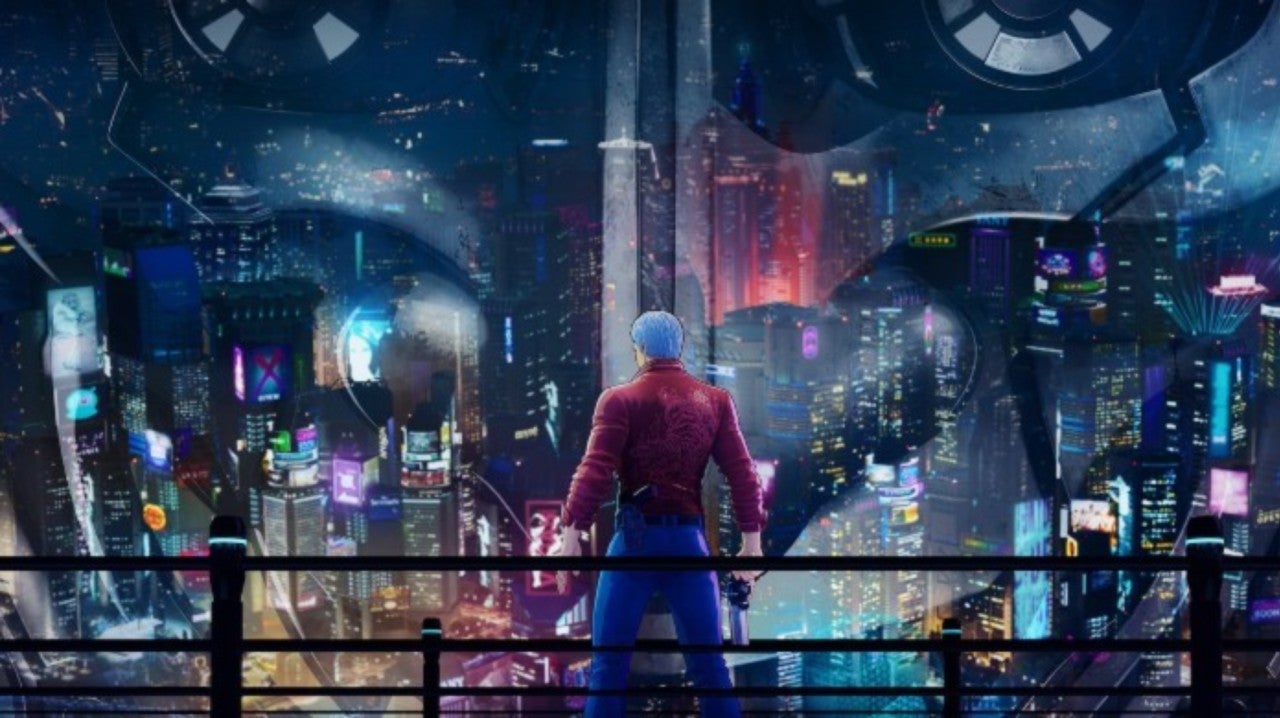 Netflix’s enthralling big-budget sci-fi drama ‘Altered Carbon’ blew everyone away when it was first premiered on the platform. With the growing buzz around it, the streaming service recently released another season of it which further cemented its hold as one of the best sci-fi offerings on the platform. ‘Altered Carbon: Resleeved’ further expands the universe of the nail-biting dystopian storytelling of the series. Involving familiar concepts and even the cyberpunk neon-hued noir format similar to that of Season 1, this spin-off anime is a visual grandeur but lacks the depth that the main series offers.

The movie makes itself accessible to audiences who are not too familiar with the live-action series by first introducing the concepts of “stacks,” which is a technology in which human consciousness can be stored. These stacks are then later used by the rich for inhabiting bodies known as the “sleeves.” With this, Takeshi Kovacs, the badass rebel soldier/general is reborn again in a whole new sleeve and is asked to work under a man named Hideki. Hideki asks him to infiltrate a Yakuza clan with the help of tattoo artists named Holly and find out who killed his brother.

Soon after this Takeshi is also joined by a CTAC agent and the two set out to investigate the murder of the Yakuza boss. But the closer they get to the truth of this mystery, the more they discover a dark ritual that has been running in the clan for decades. With ample flashbacks, the backgrounds and the relationships of all the pivotal characters are further introduced.

The initial hook of the movie is great as it promises to be similar to the first season of ‘Altered Carbon,’ but soon you realize that movie offers nothing more than some well-choreographed gratuitous action scenes and lavish visuals with colorful futuristic tech. The dystopian cityscapes are gorgeous, and the implementations of future technology and even weapons are all wonderfully designed. However, considering today’s standards of anime, there isn’t anything exceptionally groundbreaking about the animation style of this movie.

In the first season of the original series, we were told how Takeshi was asked to abandon his sister after joining the CATC. The movie sheds some light on this and also reflects on Takeshi’s relationship with his sister. Furthermore, it also suggests that the timeline of this movie is set after the events of the first season. The movie starts out with a lot of emphasis on the stacks and sleeves which suggests that these concepts will be a primary theme for its entire storyline.

It initially introduces a one-dimensional murder mystery which seems to have little no links with the previously introduced sci-fi concepts. However, as it proceeds further, a bigger conspiracy unfolds itself, which not only adds a bit more depth to its story but also brings it back to its primary theme of the consequences that come with exploring the mind and soul beyond the confinements of one’s body.

Takeshi, who we’ve already seen as Joel Kinnaman, Anthony Mackie and various others in the live-action, has a whole new face here but is still the same person. There are moments in the movie in which he very well reminds you of Joel Kinnaman’s Takeshi, which is a major plus point for the ones who are familiar with season 1. The movie hardly makes any effort at developing any of the characters, so being familiar with the person who’s in the new sleeve really does help. Even when it comes to the other main characters, a sense of familiarity is instilled through the CATC agent’s character and even Holly is somewhat likable. But none of them, including the yakuza antagonists, are impressionable in any way.

Despite all the disappointments, ‘Altered Carbon: Resleeved’ is still a decent one time watch. Its storytelling isn’t great at all and even its characters remain undeveloped, but despite all of this, its core theme isn’t lost and at times, it does capture the essence of the live-action version. Overall, being impressed with its satisfying aesthetics seems like a reasonable stance, but it certainly does not satiate your cravings for the next season of the original series.