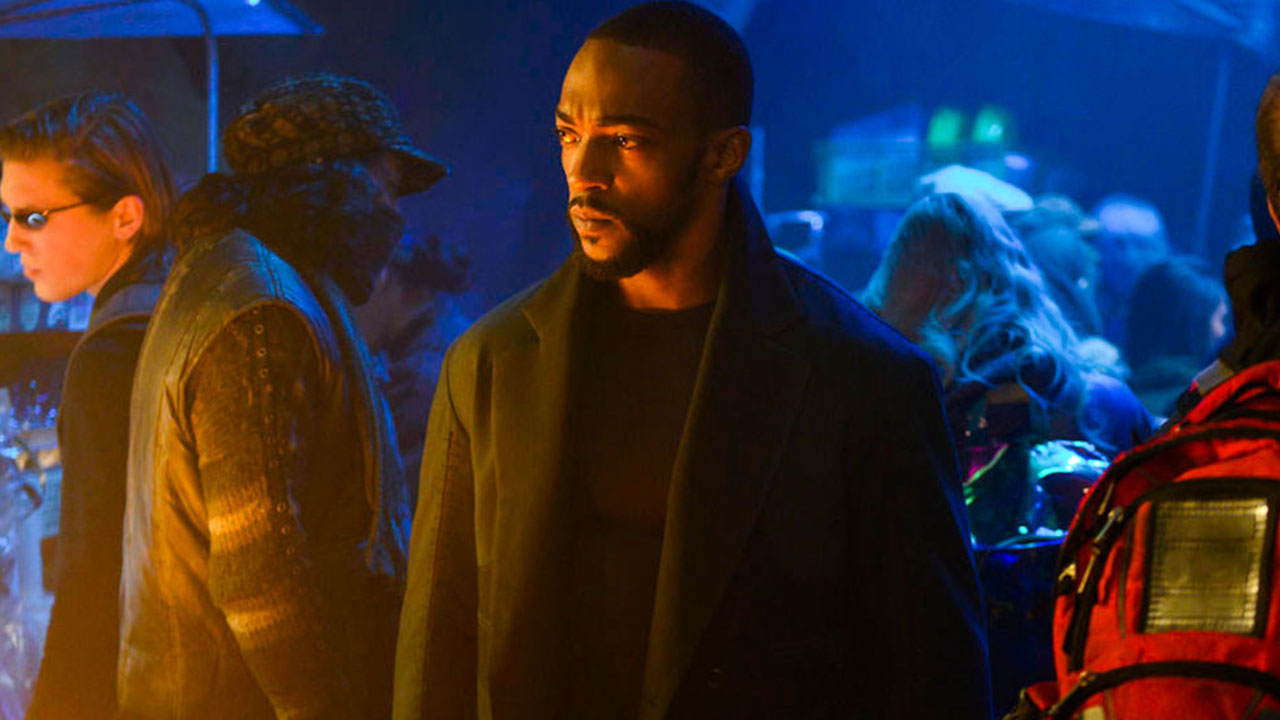 There are a number of reasons that make science-fiction a fascinating genre. Over the years, sci-fi movies have been known to jump into the future, which then reality follows, years or decades later. The movies like ‘Back to the Future’ have predicted the tech that is now either in development or already prevalent.

With ‘2001: A Space Odyssey’, Stanley Kubrick led the audience on a journey into the cosmos at the time when man was yet to plant his feet on the moon. A couple of decades back, George Orwell had predicted a world that would be in captivity of constant surveillance in his dystopian novel ‘1984’. In short, sci-fi is the one section that looks into the future and builds it, rather than relying on what is already at its disposal.

In his book series, Richard K. Morgan did the same. He imagined the world where humans have found a way to cheat death and, as a result, have mastered space and time. It is a vast universe and the one that Netflix brings to life in ‘Altered Carbon’. In its first season, the show creates a psychedelic futuristic fantasy that looks nothing like our world. And yet, in so many ways, it is exactly like ours, because no matter what, humans and their inherent vanity will never change. The show delves into the philosophical enquiry of immortality, class divide and identity, along with the evergreen debate between religion and science. In its second season, the show attempts to do the same.

It takes us to a world where bodies are like clothes which can be worn and taken off, hence the term sleeves. The only thing that contains your real essence, your consciousness, is your stack. In the first season, Joel Kinnaman is the face of the protagonist, Takeshi Kovacs. This time around, we get Anthony Mackie. The idea of changing sleeves allows the show to remain diverse with its protagonist, while also touching upon the fact that a person changes over the years. If not that, then at least, this can be used to justify the differences between the Kinnaman’s and Mackie’s Kovacs. 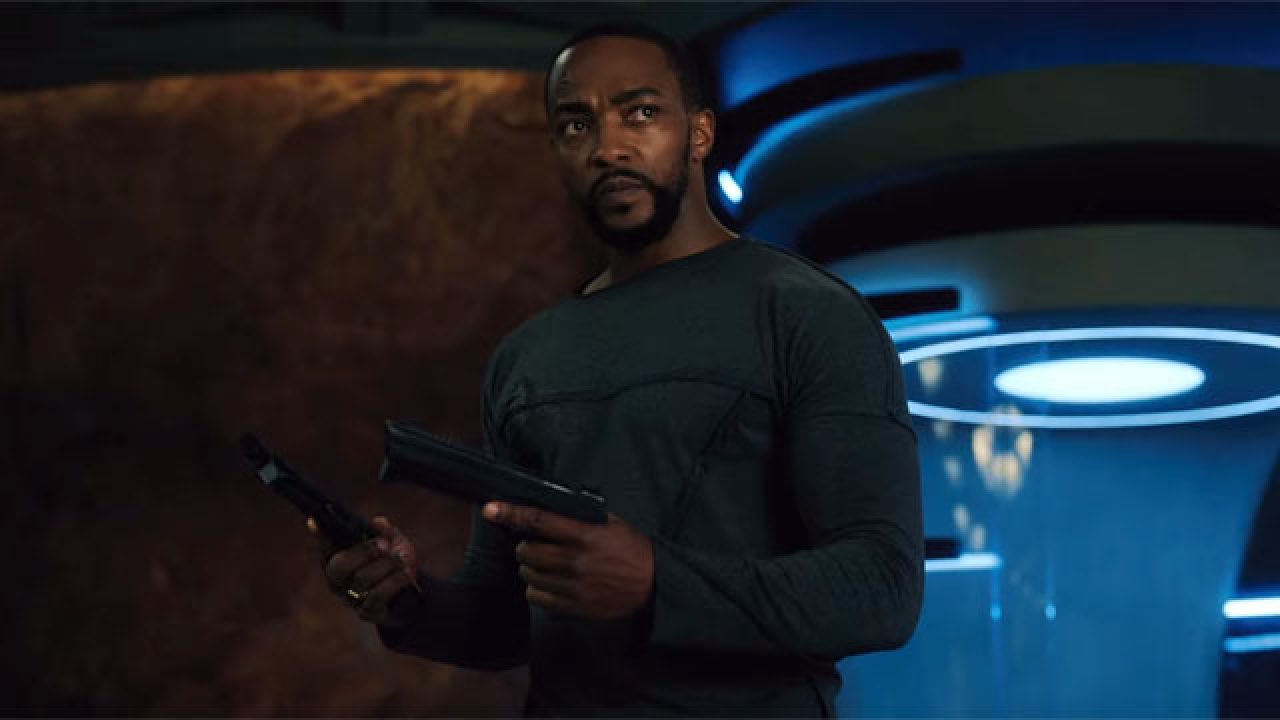 The MCU-star brings his own quirks to the character and adds more emotional depth to him. There is a lot of action in the series, but the added factor of lost love makes matters delicate, and his ‘tough exterior, soft heart’ act makes us care for him even more. We didn’t get to see this side of Kovacs in the previous season, where he had to start plotting his sister’s murder before he could completely digest the fact that she was still alive. This time around, with the hunt for Quell, Kovacs anxiety, anger, nervousness and every other feeling that comes with being in love with the leader of a rebellion, swirl on the surface.

It begins with another Meth employing Kovacs to protect himself. Someone is coming for Horace Axley, and he can only rely on Kovacs to save him. However, the Last Envoy fails to do his job and Axley is killed. Now, he has to solve the murder, especially if he needs to find out where Quell is. As the story moves forward, the protagonist tackles one challenge after another, lays the ghosts from his past to rest, and gets to know more about where Quell had been since the last time he saw her at Stronghold. 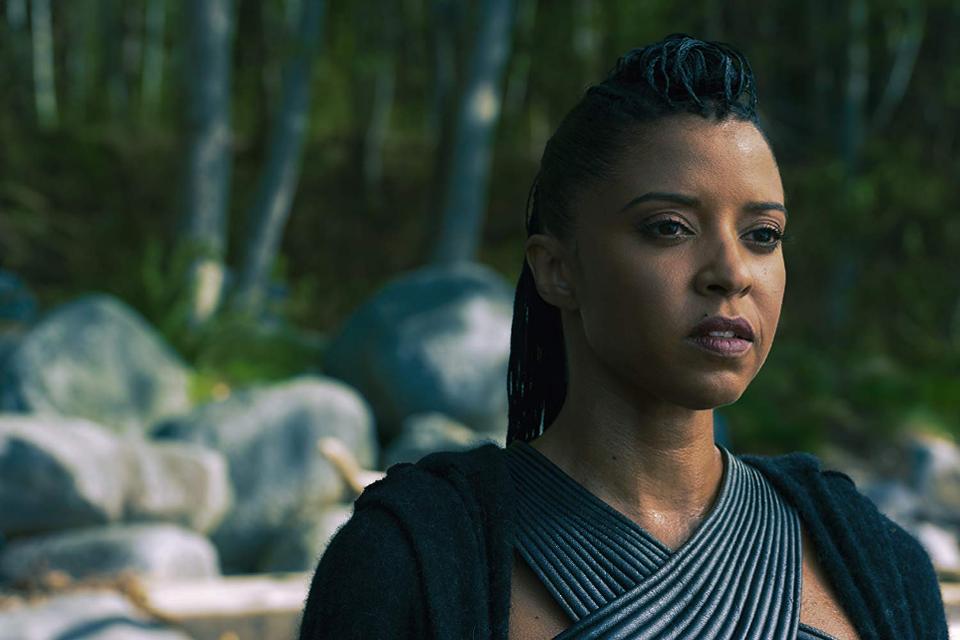 The second season sticks to a number of tropes from the previous season. Sometimes, it feels like it is wound around the same thread that had held together its first season. But before you can complain about finding some semblance of repetition, the show engages you in a completely different arc that gives more space to all of its characters, including the lovable AI Edgar Poe, to grow and control their own narrative. Unlike the first season, which was busy with Kovacs’ history, often resorting to flashbacks to fill in the gaps, this one takes advantage of the familiarity of the viewers and spends more time in expanding that world.

If we had to find something that its predecessor did better, it would be the philosophical questions and insights. Yes, there is a commentary on the power-play and how rich live in a world of their own. The show also touches upon the issue of mind’s connection with the body, but this time around, it seems to have run out of further enquiries. But what it lacks on this front, it makes up with an immersive plot, a captivating new world, formidable characters (both good and bad guys) and magnifying the scope of its story.