Are Amber and Matthew From Married At First Sight Still Together? 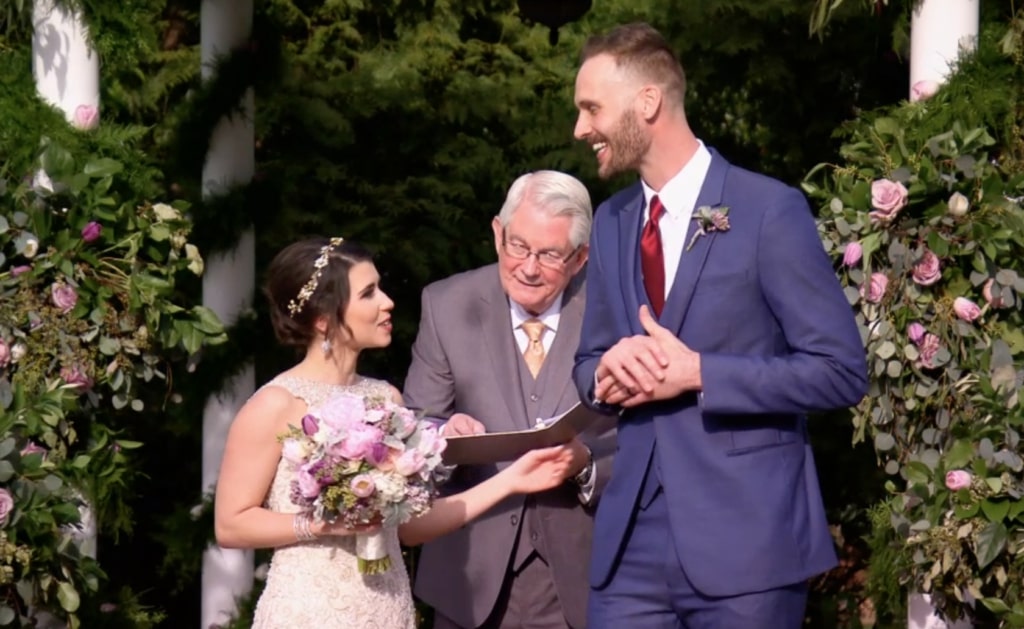 Based on the Danish series of the same name, ‘Married At First Sight‘ is a series that features individuals getting paired up by professional matchmakers and relationship experts and then meeting for the first time on the day that they are getting married. It documents the journey of these newlywed couples as they go on their honeymoon and spend eight weeks living together, after which they must decide if they want to continue being married or get a divorce.

The reality series has been entertaining us since 2014 and has given us one fascinating couple after the other. Season 9 of the series, similarly, introduced us to four couples from Charlotte, North Carolina, one of whom were Amber Bowles and Matthew Gwynne. If you are wondering what happened to this couple and what they are up to now, just keep on scrolling!

The 27-year-old middle school teacher Amber Bowles was paired up with the 31-year-old tall and handsome ex-professional basketball player Matthew Gwynne, and we could almost see the sparks fly when they first met. The bubbly, family-oriented, and sports-loving Amber seemed like the perfect match for the demanding and ambitious Matthew who could use the support of family.

The couple got involved physically very early on in the series and seemed to be connecting on an emotional level as well, but when Matthew returned to his wandering ways, things went south very quickly. When he decided that he had had enough of his wife’s clinginess, he started spending more and more time in bars and clubs, partying out all night on a few separate occasions and even leaving his wedding ring at home in the process.

This, of course, led to a few fights, but Amber still tried to make their relationship work. When Decision Day arrived, it wasn’t a shock when both parties decided that separating would be the best option for them. “I think with everything that we’ve been through, I think a divorce will be the best option,” Matt said on the show. And Amber, heartbroken, said, “You’re creative, athletic, and also artsy and philosophical, so I like that. On paper, you’re my perfect match,” before agreeing with him and saying no to staying together as well.

Are Amber and Matthew Still Together?

The answer to this question is a little complicated right now. Although Amber and Matt are in no way in a relationship together, they are still legally married. Not because Amber wants to reconcile with him and give their relationship another go but because Matthew hasn’t signed the divorce papers as of yet.

Amber hasn’t let the fact that she isn’t divorced stop her, though. She has completely moved on with her life, and if you see her Instagram, you can see that she has moved on from Matt too. She now lives in her own place and has even adopted an adorable chihuahua by the name of Lenny. Amber has also found herself a new man, who goes by A. Wade, and gushed about him on his birthday by posting the following picture with the caption: “Happpppiest of birthdays to the kindest, most patient person I know. Our time has been an adventure, and I’m so thankful I get to be a part of it. #dreamteam”

Matthew, on the other hand, is living his life on the down-low at the moment. He isn’t very active on his social media and gives no updates with what is going on in his life. According to his Instagram, what we do know is that he is currently working in the financial services in a company called New York Life and is still playing basketball for his own pleasure.

Read More: Are Taylor and Brandon From Married At First Sight Still Together?