Amber Borzotra From The Challenge: Everything We Know 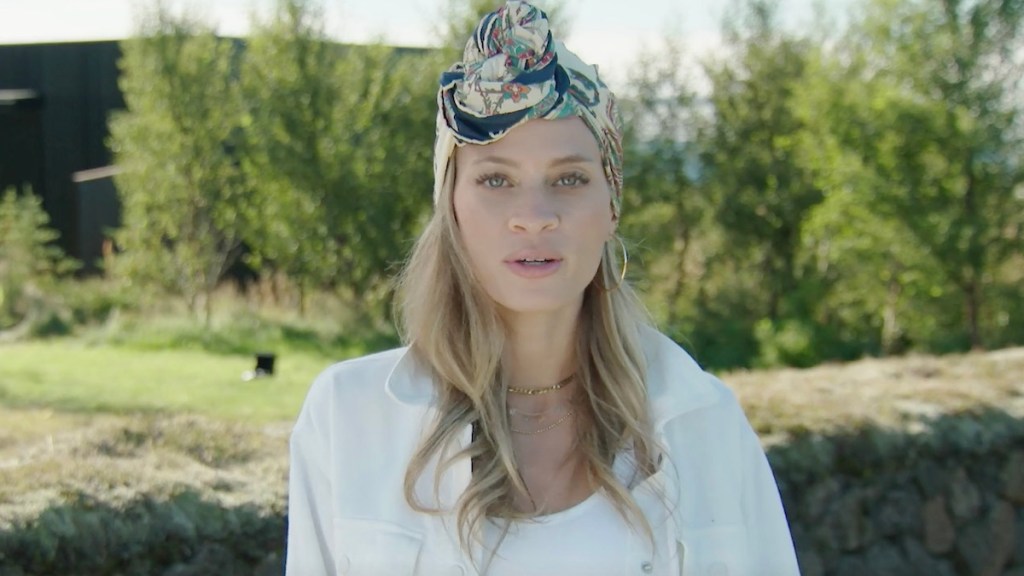 Amber Borzotra first stepped into the limelight in 2014 after appearing on the reality show ‘Big Brother’ season 16. Despite being eliminated relatively quickly, the then-26-year-old esthetician from California caught the attention of fans and showrunners and hasn’t looked back since. With a slew of roles across film and television under her belt and then making her comeback to reality television with ‘The Challenge,’ it looks like Amber’s career is starting to pick up steam. We decided to dig around and get to know her a little better. If you are eager to know more about her personal life, we have got your back!

Amber Borzotra was raised in Knoxville, Tennessee, and is a resident of North Hollywood, California. Her mother, Ondina, who is German, met her father Allan Borzotra while he was deployed there as a US Army combat medic. Amber was subsequently born in Germany on January 13, 1988. Amber and her two siblings, sister Ariana and brother Aaron grew up with modest means.

She considers her mother as her biggest motivator and strongest support. In fact, on being asked what she would do if she got famous on ‘Big Brother,’ Amber had replied that she’d make sure her mother never had to work again, and would also like to use some of the money to repay her debts. Before being selected as a contestant on ‘Big Brother,’ Amber was a model and esthetician in North Hollywood. Amber values family over everything else and is also very close to her grandma.

Amber Borzotra’s journey from relative obscurity to becoming a household name (at least in those households that are fans of reality television) commenced when she appeared on ‘Big Brother’ season 16. Right off the bat, Amber was competitive and dangerously popular, becoming the first female member of the “Bomb Squad,” which was a hugely popular alliance in the house on season 16. However, her swift rise made her a dangerous competitor to her housemates, who painted a target on her back.

Combined with an ally’s (Caleb Reynolds) inappropriate advances to woo her, Amber became alienated from the group and was unanimously voted out in week 5 of the season, placing her 12th on the season. After featuring in ‘Big Brother,’ Amber made an appearance in 2 episodes of the hugely popular drama series ‘The Bold and the Beautiful.’ She then bagged the role of the sea witch in the 2016 fantasy movie ‘The Little Mermaid,’ and appeared as guest cast on the TV series’ ‘Nerdist Presents’ and ‘Just Living: The Web Series.’ Amber is also a fashion and fitness model, along with being a social media influencer.

2020 saw Amber returning to reality television (some might say with a vengeance) on ‘The Challenge: Double Agents,’ which is the 36th edition of the long-running reality show ‘The Challenge.’ In an interview taken just before her entry in ‘Big Brother,’ Amber mentioned being a huge fan of sports and expressed that she’d like to become a newscaster for ESPN or something similar if she got famous one day.

Amber Borzotra, like many celebrities, keeps her personal life brushed under the carpet. Despite being quite candid about her likes and dislikes, the reality TV star and model has remained conspicuously mum on any romantic involvements she might have, and there are no known past relationships that she has made public.

Amber did cause quite a buzz amongst fans in February 2021 when she was spotted on a vacation with ‘The Challenge’ co-star Nelson Thomas who had been eliminated from the show earlier, in episode 4. The two seemed to be having a flirty wine and dine session while in Turks and Caicos, which was being broadcast on Instagram Live. However, Amber shut down any rumors instantly when asked by fans if the two were together. Moreover, there has been no proof since of the two being romantically involved.

It seems that at the moment, Amber is either enjoying single life or is quite efficiently keeping her relationship away from the prying eyes. A video on her Instagram handle features her trying to hide from her “husband and kids.” It could either be a funny skit, or it could be one of the best-hidden secrets of the reality TV world that we’ve never seen. However, we are more inclined towards the former possibility being true. Either way, we know we can expect to see a lot more of Amber in the future.

Read More: Big T From The Challenge: Everything We Know