Big T From The Challenge: Everything We Know 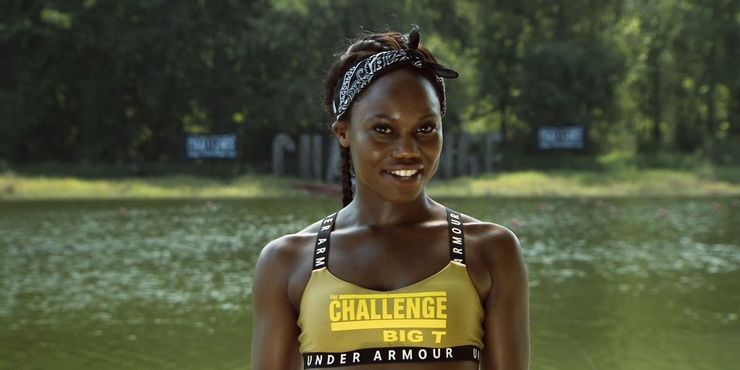 Renowned by the name Big T, Tula Fazakerley is a reality TV star and a part-time wig maker who became a household name after appearing on  ‘The Challenge’ franchise. Hoping to make it big, she enthusiastically began her television career, with the “ultimate goal” to be a presenter of her very own talk show. From the love and appreciation Big T receives from her dedicated followers, it seems like the day is not far away when her dream would become a reality.

The reality star won millions of hearts from her impeccable performance on the 36th season of MTV’s reality game show, ‘Double Agents,’ which premiered on December 9, 2020. Her on-point sass intrigued us to know more about the star, and here is everything we found out!

Tula “Big T” Fazakerley was born on January 10, 1994, in London, England. She often expresses that she overcame immense difficulties but never divulges the details. The 26-year-old is a part-time wig maker, and judging from the gorgeous wigs she flaunts on herself, it is evident that she is a master at the craft. Interestingly, there is a mystery around how she got her nickname, and there are reportedly two theories that have been proposed to elucidate the same. 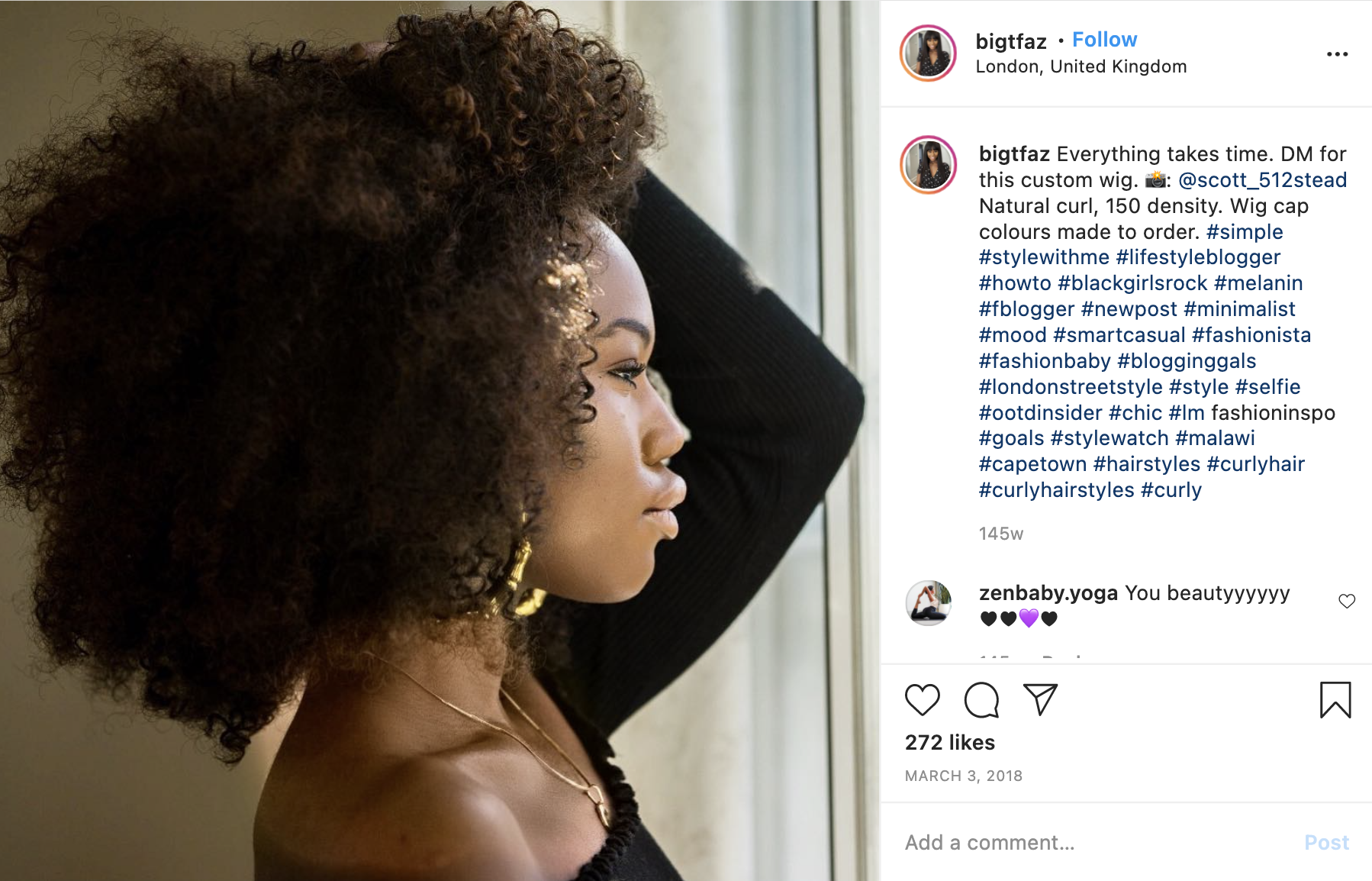 One claims that the reality star’s family gave her the name “Big T” to poke fun at the fact that she has small breasts and even clip it shorter to just “T” while chilling out with her. It is also believed that she revealed the real reason behind her name during ‘The Challenge: War of the Worlds 2’ premiere. To stop people from underestimating her physical prowess due to her height (5’3”) and petite form, the star started calling herself “Big T,” T being the acronym of her real name “Tula.”

@theogbig_t is gorgeous omg can’t wait for her to run this ssn #TheChallenge36 pic.twitter.com/GcWsyDy9s3

Whatever the reason, her fans adore the star for her sassy personality and the incredible Chelsea accent and frequently shower their love and appreciation on her through their social media accounts.

Big T is signed up with United Talent Agency and traveled globally for three years to film a web series for Peninsula films. She began her reality television career in 2019 when unexpectedly, she got cast on UK’s ‘Shipwrecked: Battle of the Islands.’ The TV personality admits to being picked up because of her “controversial” persona as the producers believed she would be the one to bring the spice to the show’s sugar. 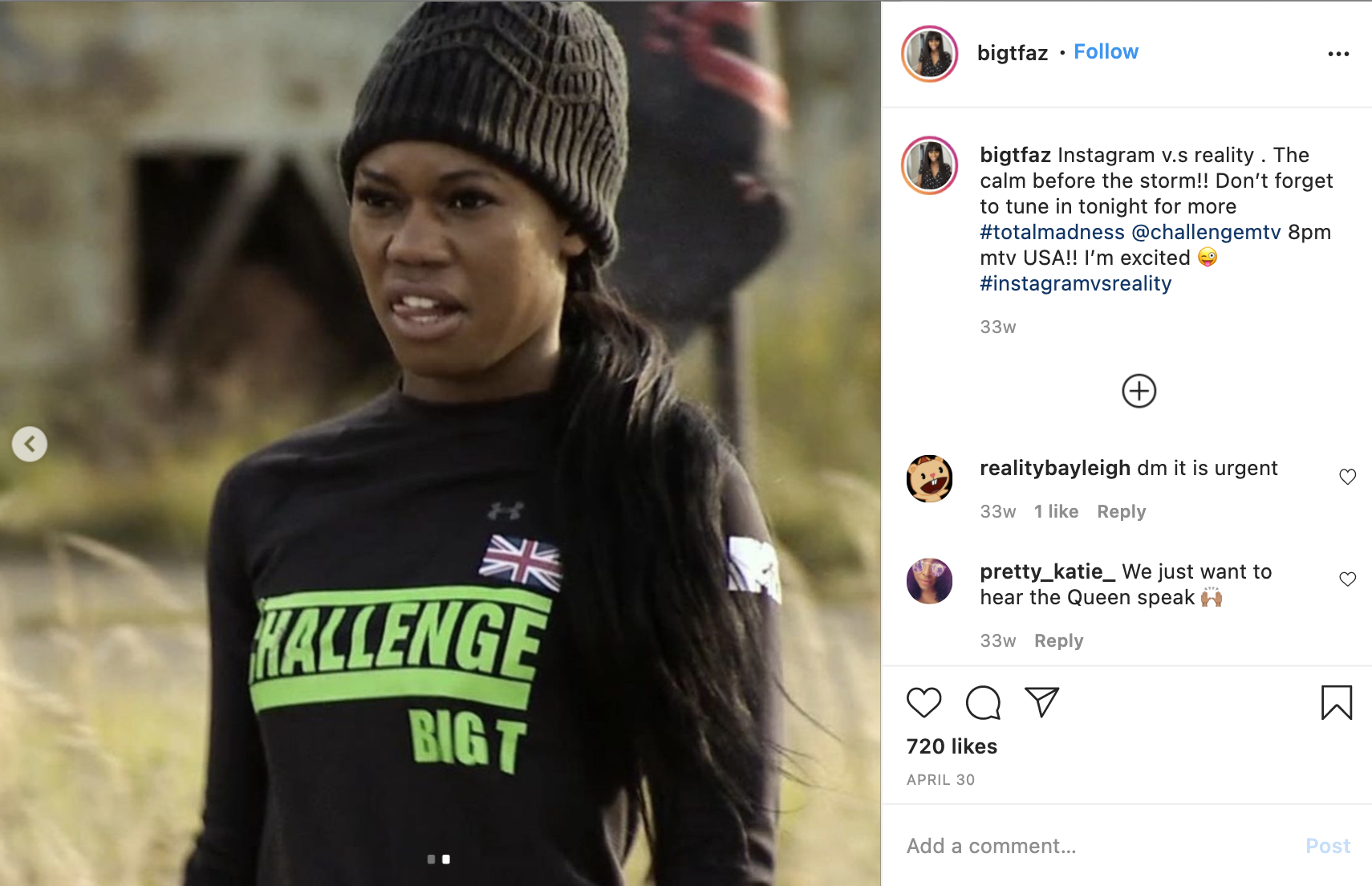 For Big T, the show hardly proved to be a success professionally, as she ended up being on the losing team, and due to low ratings, the franchise got axed, a few months from its conclusion. But the reality star got lucky as MTV selected her shortly after for ‘The Challenge’ franchise. Unfortunately, the rookie failed to exhibit herself as a strong competitor on her debut season, ‘War of the Worlds 2’, and got eliminated only in the second episode.

Big T proved her mettle during ‘Total Madness’ by her excellent performance in the ‘Cold War’ round, thus making herself safe from elimination. She also set a master-mind strategy in motion to be on the safer side, impressing even the veteran players like Johnny Devenanzio and Wes Bergmann on the show. During the season, there were high chances of her bagging the winning trophy.

Unfortunately, Big T got a bit too drunk during the 8th episode and consequently smashed her toe, which began “just dripping, leaking like a faucet,” according to Fessy Shafaat. The injury resulted in her being rushed to a hospital for stitches and her elimination from the game. Big T’s sincere gameplay has built her a loyal fanbase that was elated to see her back on ‘Double Agents.’

Big T has either been a single woman since her television career kick-started or done a great job at brushing it under the carpet. During her debut appearance on ‘Shipwrecked,’ she became close friends with a fellow cast member, Sean Lineker, who also hails from London. But the reality star had already made it very clear during a candid interview that she did not show up on the island to look for love. 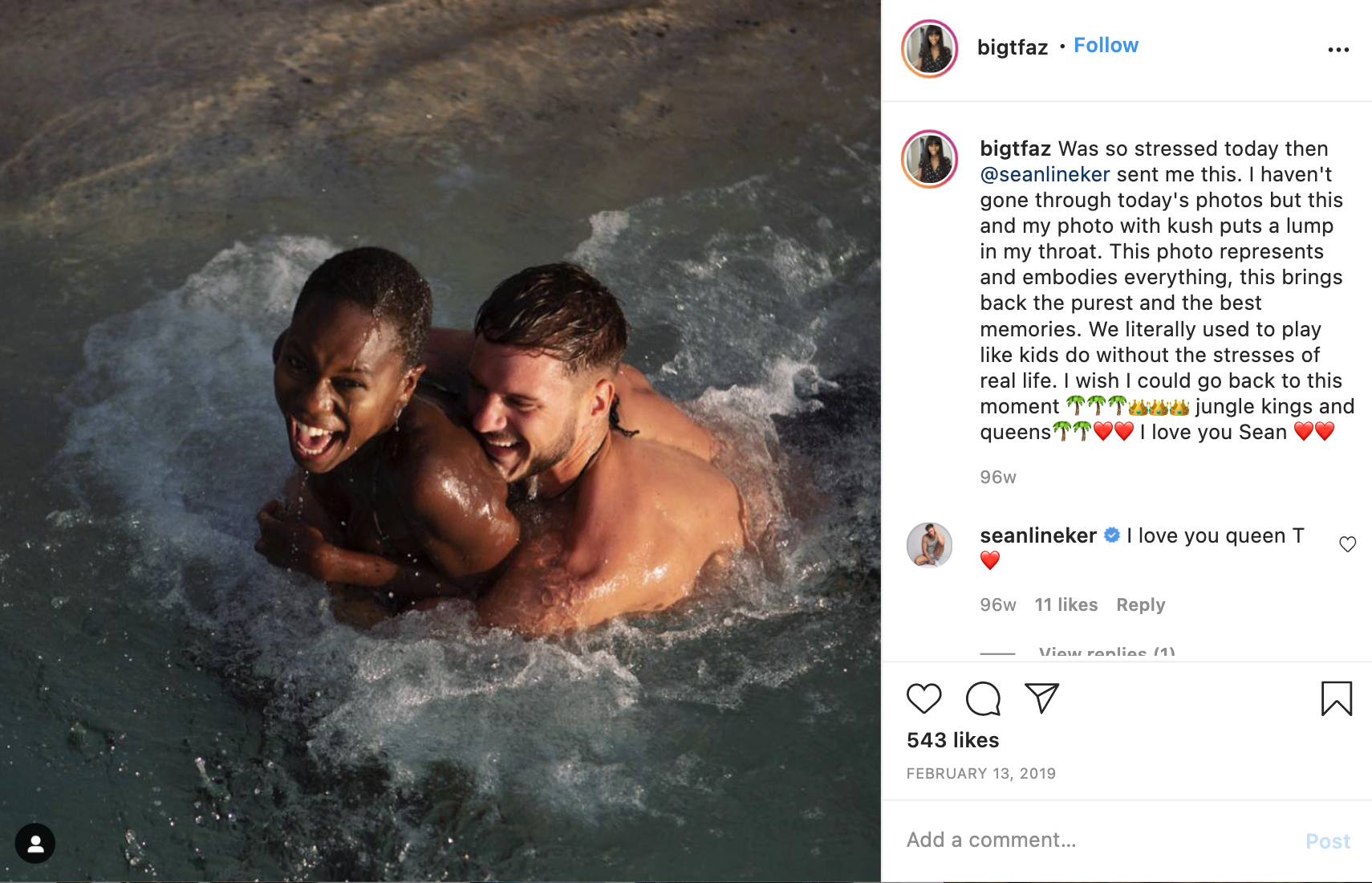 Indeed, the last thing Big T wanted was to find her “dream guy” at that particular time when she did not feel like the best version of herself. Yet after the season wrapped up, she confessed having big plans to hook up with someone or be in a relationship as she was sick of being a single woman. From the looks of it, she has still not found the one for her!

Read More: Jodi Weatherton From The Challenge: Everything We Know