Amber Hargrove From Naked and Afraid: Everything We Know

Discovery Channel’s ‘Naked and Afraid’ is an adventure reality show that pushes its contestants to their limits. Leaving them stranded in the wilderness, with nothing but 1 helpful item of their choosing, the show follows the contestants for 21 days as they battle with the forces of nature and try to make it till the end. Its success has paved the way for the show to spawn a spin-off titled ‘Naked and Afraid XL.’

Amber Hargrove is one of the regular contestants on this extreme reality show, and just by virtue of that, we know that she is one tough cookie! We got curious to know her some more and maybe figure out where she learned all those survival tricks from, and dig some digging. Well, here’s everything we found out!

Amber Hargrove: Where is She From?

Born and raised in Oroville, California, Amber got an early start to learning outdoor survival techniques. Hailing from a family of outdoor enthusiasts, she spent every summer from the age of 3 camping and hunting at Oroville Lake with her family. A lot of the skills we’ve seen her use were actually part of her childhood lessons. Her father, James Hargrove, taught her how to hunt and fish, while her mother, Cathy Betti, taught her basic shelter building techniques and also things like making a fire in the wilderness.

Amber was born on Oct 26, 1986, and is currently 34-years-old. She served in the US Army for 11 years, where she was deployed for two tours to Iraq. This, of course, is also one of the major reasons why Amber is so tough and can hold her own in the dangerous wilderness she finds herself in. Despite retiring from active service, she continued on as a trainer with the US Army till 2012. Since 2014, she has been working with TechWise, a training and education company in Colorado, as a US Army instructor and continues to conduct training on Unit deployments and movement.

After moving to Libby, Montana, Amber also began working as a Medical Laboratory Technician. She had previously qualified herself for the job by attending the Intellitec Medical Institute in Colorado Springs where she earned an Associate’s Degree. Amber capitalized on her reality TV fame and landed a role in the 2017 comedy-drama feature ‘Buckshot.’ She is also an avid knife enthusiast and worked briefly with Knives Illustrated Magazine. She conducted interviews for them, most notably the interaction with famous knife maker Julio Diez at the Blade Show West 2019 in Portland.

Being a contestant on ‘Naked and Afraid’ is a daunting task for most. However, for Amber, once was not enough, and she went on to compete on the show again! Her first stint on ‘Naked and Afraid’ saw her battling gators in the Everglades in Florida while her second round took her to Namibia, Africa. Amber also competed on the more intense spinoff of the show, called ‘Naked and Afraid XL,’ which has contestants stranded for 40 days instead of 21. This time around, she had to survive the Amazon rainforest of Ecuador in South America.

Using her fame for good, Amber has also raised funds multiple times for social causes, most notably for breast cancer. With her aunt Becky, who battled the disease, being her inspiration, Amber took an icy plunge into Libby Creek on a cold March Sunday in 2018. She was raising funds for Michelle’s Place Breast Cancer Resource Center for it should be people affected by breast cancer and their families. She once again raised funds for the center in 2020 by attending Reality Rally’s 3-day “Fun for Funds” event.

Amber is married to Steven Kellar, and the couple has two children – son Easton and daughter Leila. The family of four currently lives in Libby, Montana, where Amber is raising her kids to be outdoor champions like her.

Soon after getting back from one of her stints in the wilderness, Amber got herself a bike from the well-known vintage bike maker – Indian Motorcycle. She plans to start a YouTube channel documenting her biking adventures as she rides across the US with her husband, who sports a Harley Davidson. 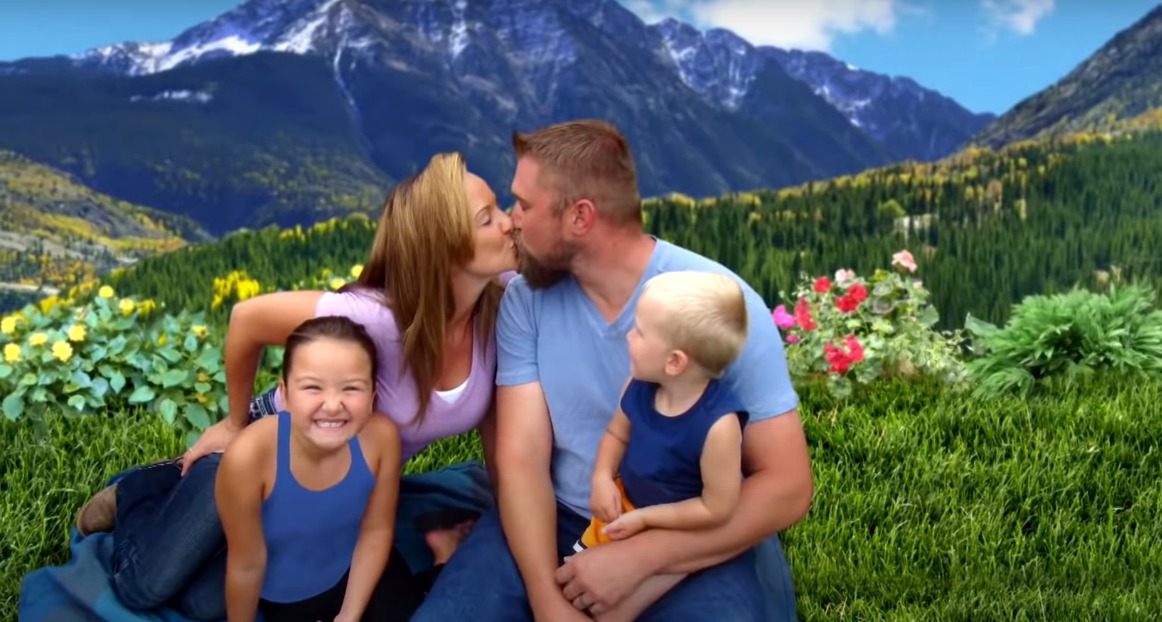 On her Instagram account, Amber also shares with fans footage of her showing her kids how to wrestle with alligators, something not many kids ever imagine seeing their mother do!