Where Is The American Barbecue Showdown Filmed? 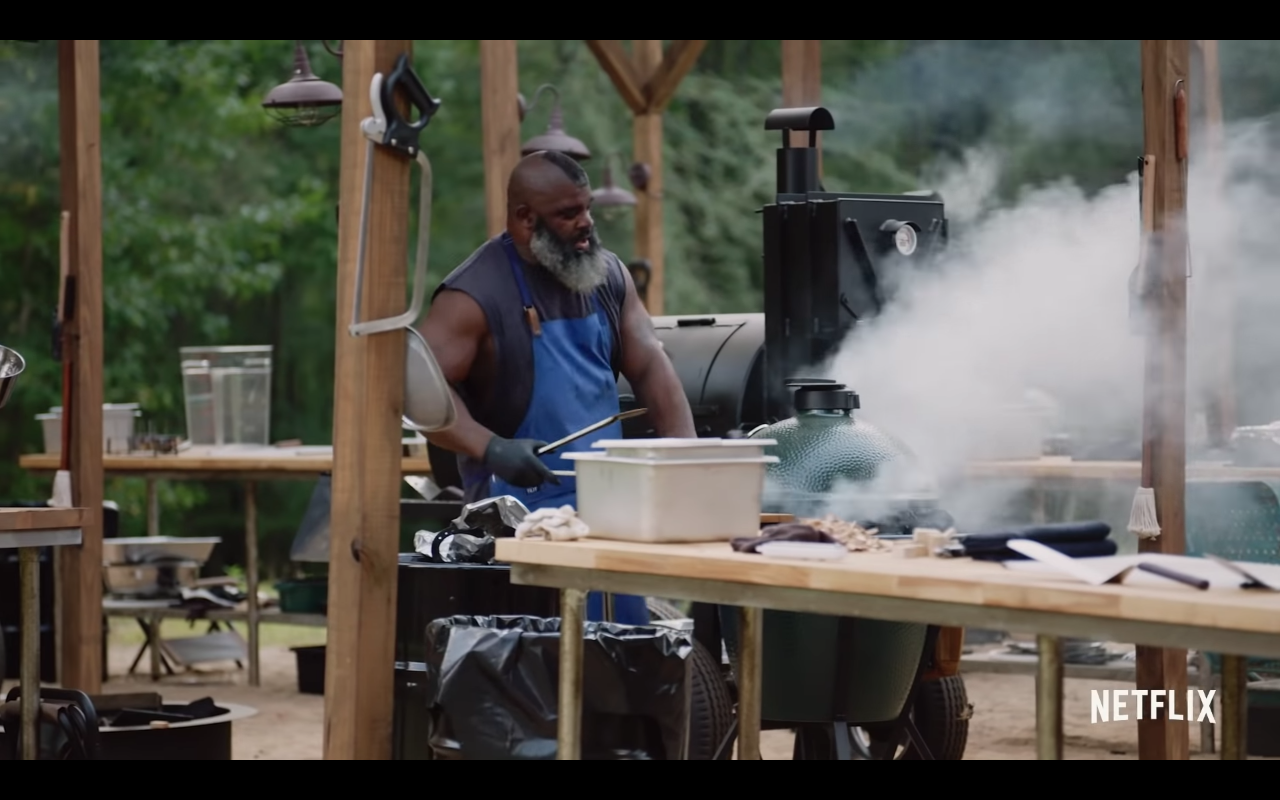 Netflix brings a different kind of cooking competition on your TV screens with a show called ‘The American Barbecue Showdown.’ The premise is seemingly innocent: the contestants just have to barbecue some tasty food! But what is a competition without a few challenges, right? Eight of the country’s best backyard cooks face off under one roof to prove that they deserve to be called America’s ultimate barbecue champion despite any of the curveballs thrown at them.

The cook-offs were actually filmed in Covington, Georgia. In recent years, the state’s style of barbecue has gained quite a bit of popularity, so it definitely made for an apt location. Furthermore, the Executive Producer from Maverick TV USA, John Hesling, said this about their vision— “We thought a lot about the tone. We didn’t want a show with people screaming and fighting. You get sick of that after a while. We wanted to re-create that sense of happiness and community you feel when you’re cooking outside with your family.”

The reality TV series was actually filmed on a cattle farm east of Atlanta in September 2019. After exiting the I-20 at Covington, one could follow yellow boards with the word ‘SMKD’ (referring to ‘Smoked,’ a working title) to reach the giant farm. James Brooke, a producer with All3Media America and a teacher of TV production at Georgia State University, is the man responsible for finding the gorgeous property. He combed through a plethora of potential venues before finally selecting the farm. Speaking of which, the farm is owned by Drew and Brittany Smith, who had just finished constructing a 36-foot tall barn before getting Netflix as a client. The property is called EnChanning Occasions, and the exact address is 640 Channing Cope Rd, Covington. Georgia’s lucrative tax incentives truly were the icing on top of the cake for the production.

The competition is judged by the seven-time World Barbeque Champion and owner of Memphis BBQ Company, Melissa Cookston. Assessing alongside her is the renowned pitmaster Kevin Bludso, the founder of Bludso’s BBQ in Los Angeles. The show also had a big production team, and the competition apparently lasted for 3 weeks. John also said, “Competition doesn’t get more delicious than in the world of barbecue, especially when it comes to our eight hopeful pitmasters as they stoke their flames against each other, and the clock, to be crowned American Barbecue Champion. Distinct flavors, techniques, creativity and humor are all on display as our barbecue competitors are put to the test in the hottest battle they’ve ever faced in American Barbecue Showdown.”

Read More: Where is ‘Worst Cooks In America’ Filmed?