Created by Ryan Murphy and Brad Falchuk, ‘American Horror Stories’ is an anthology horror series. It is a spinoff of ‘American Horror Story,’ with many elements of the original series finding their way into the spinoff. In ‘Dollhouse,’ the first episode of the second season of the series, Coby Dellum (Kristine Froseth) is a young woman trying to land a secretarial job at a doll factory in 1961’s Natchez, Mississippi, but ends up becoming an unwilling contestant in a perverse pageant. She learns that the winner will get to live and become the new mother of Otis, the son of the owner of the doll factory. What her captor doesn’t know is that Cody has a secret power that can potentially save her life. Here is everything you need to know about the ending of ‘American Horror Stories’ season 2 episode 1. SPOILERS AHEAD.

The episode begins as Cody arrives at Van Writ’s (Denis O’Hare) factory for the interview to be his secretary. It immediately becomes apparent to Van Writ that she is more than qualified for the job. However, instead of hiring her, he calls his henchman Eustace (Matt Lasky), who knocks Cody out with a cattle prod. When she regains consciousness, Cody finds himself inside a strange house, surrounded by several life-sized dolls. Van Writ cryptically tells her she has to be there for about seven days as a contestant in a pageant. When Cody tries to escape, she discovers that all the doors and windows are secured shut.

After Van Writ and Eustace leave, the dolls come alive. It is revealed that they have also been kidnapped by Van Writ. Some came for the interview just as Cody did. Others caught Van Writ’s attention. Van Writ’s previous wife cheated on him. When he found out, he had Eustace kill her and her lover by throwing them into a well on the property. The other girls explain to Cody the winner of the pageant will become Otis’ new mother. One of the girls, Aurelia (Abby Corrigan), is extremely hostile toward Cody, believing that it is unfair that she gets to join this late in the competition. There were other girls before Cody’s arrival, but they all have been killed and thrown into the well, not always in that order.

Every time Van Writ visits — with or without Otis — it’s a test for the girls. They must not speak without being spoken to first. After each test, one of the girls is killed. Cody seems to have telekinesis power, which she has hidden from Van Writ, though she uses it to win Otis’ favor.

When only Cody, Aurelia, and another girl, Harlene, are left, they decide that they must at least try to escape. They use the real dolls in the house as distractions while Cody opens the front door with her powers. Although the other girls flee as soon as they are out, Cody decides to rescue Otis. Eustace catches and kills the other girls, effectively making Cody the winner. Van Writ later reveals that he put listening devices in some of the dolls and has known about the girls’ plan to escape. He decided to use it as the last test. When Cody went back for Otis, she won the contest. He then encases her in plastic, turning her into a doll.

The show’s narrative is bound to remind the audience of ‘The Stepford Wives,’ though the satire in ‘Dollhouse’ is not particularly subtle. Van Writ is the embodiment of the capitalist and patriarchal society that apparently seeks to subjugate women and turn them into emotionless mannequins. The appearance of the two witches, who seem to represent feminist individuality, reinforces this notion toward the end of the episode. They rescue Cody and take her and Otis away before setting Van Writ’s home on fire, killing both Van Writ and Eustace.

Later, Cody brings Otis to Miss Robichaux’s Academy for Exceptional Young Ladies and advises him to use his middle name. So, Otis becomes Spalding. A red-headed girl comes out of the facility, and she and Spalding become fast friends. Her name, she declares, is Myrtle Snow.

Both Spalding and Myrtle Snow are important characters in the third season of ‘American Horror Story,’ ‘Coven.’ In fact, the former is portrayed by Denis O’Hare. Like several actors in Murphyverse, he has portrayed multiple characters in ‘American Horror Story.’ Spalding is the butler at Miss Robichaux’s Academy for Exceptional Young Ladies, an institution that serves as the primary setting for ‘Coven.’ Located in New Orleans, Louisiana, Miss Robichaux’s Academy is a safe haven and school for Salem witches. 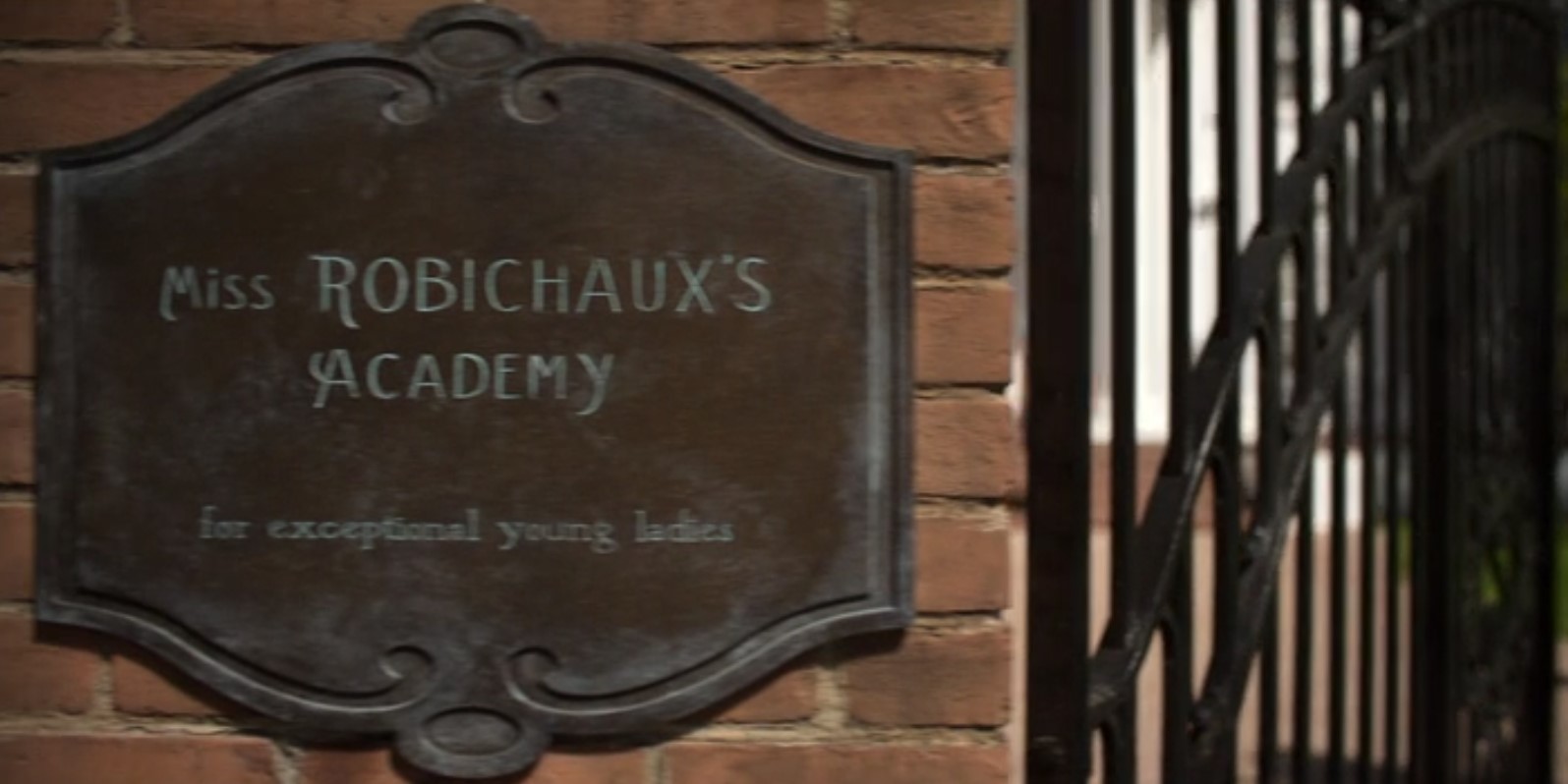 In ‘Coven,’ Spalding has a doll collection of his own, with whom he has tea parties. Older Myrtle Snow is portrayed by Frances Conroy. She is a powerful witch who has the ability to cast truth spells. Although it appears that they become childhood friends in ‘Dollhouse,’ they will find themselves on opposite sides in the original series. There, Spalding is in love with his mistress, Fiona Goode. After Fiona murders one of the other witches, Myrtle correctly suspects Spalding knows the truth and casts an enchantment spell on his tongue. However, Spalding cuts off his tongue to prevent himself from revealing implicating truth about Fiona.