Cuban-Spanish actress Ana de Armas started her acting career in the Spanish film industry during the mid-2000s. After some memorable performances in Spanish television and films, she moved to Hollywood with the 2015 movie ‘Knock Knock.’ Her breakout roles came back to back with movies like ‘Exposed,’ ‘Hands of Stone,’ ‘War Dogs,’ and ‘Blade Runner 2049,’ which earned her international acclaim. Though ‘Blade Runner 2049’ met with mixed reviews, de Armas’ character Joi became a milestone in her career. With just few movies, de Armas made her presence felt in Hollywood. So now you might be wondering what is the next Ana de Armas movie or TV show? Well, here’s the list of upcoming Ana de Armas films and TV shows scheduled to release in 2019 and 2020. We can only hope that the latest Ana de Armas movies would be as good as some of her recent ones. 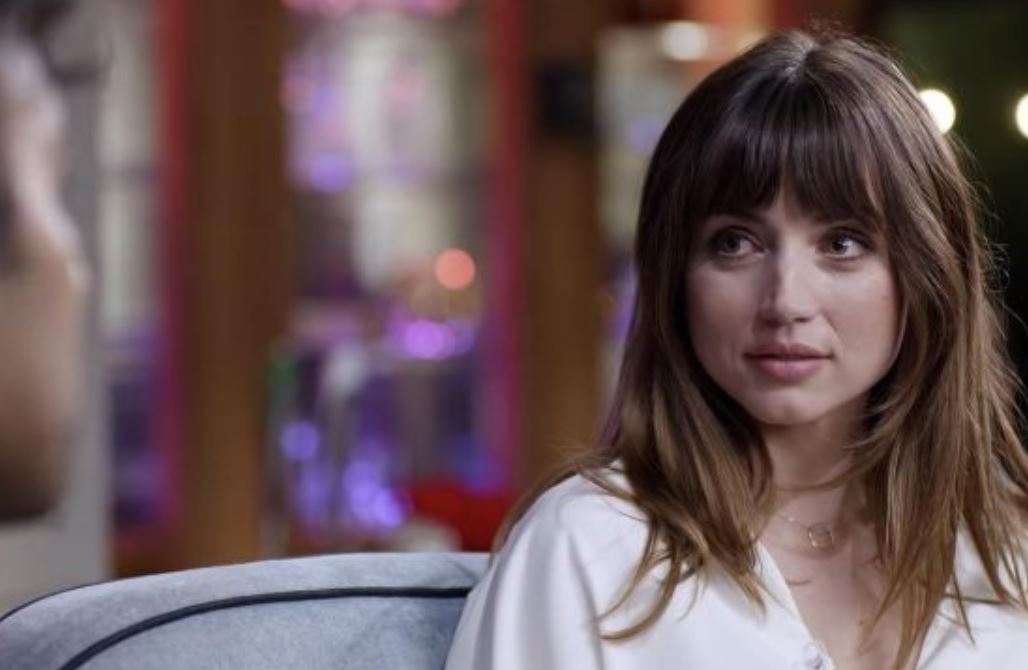 The upcoming musical comedy ‘Yesterday’ is directed by Danny Boyle from a script by Richard Curtis. The plot revolves around an ambitious musician Jack Malik (Himesh Patel) who helplessly watches his dreams waning away. But an accident turns his luck on the head when Malik wakes up in the hospital bed as the only person in the world who can remember the legendary music band of the ‘70s, ‘The Beatles’, and their songs. He decides to cash in the opportunity and starts releasing ‘The Beatles’ tracks one by one as his works. Soon, he is catapulted as a global pop sensation with the help of his overzealous manager Debra Hammer (Kate McKinnon). But money and popularity come at a cost, and he faces several issues in his love life. Ana de Amas plays the secretive character of Roxanne in the movie. ‘Yesterday’ comes to theaters on June 28, 2019. 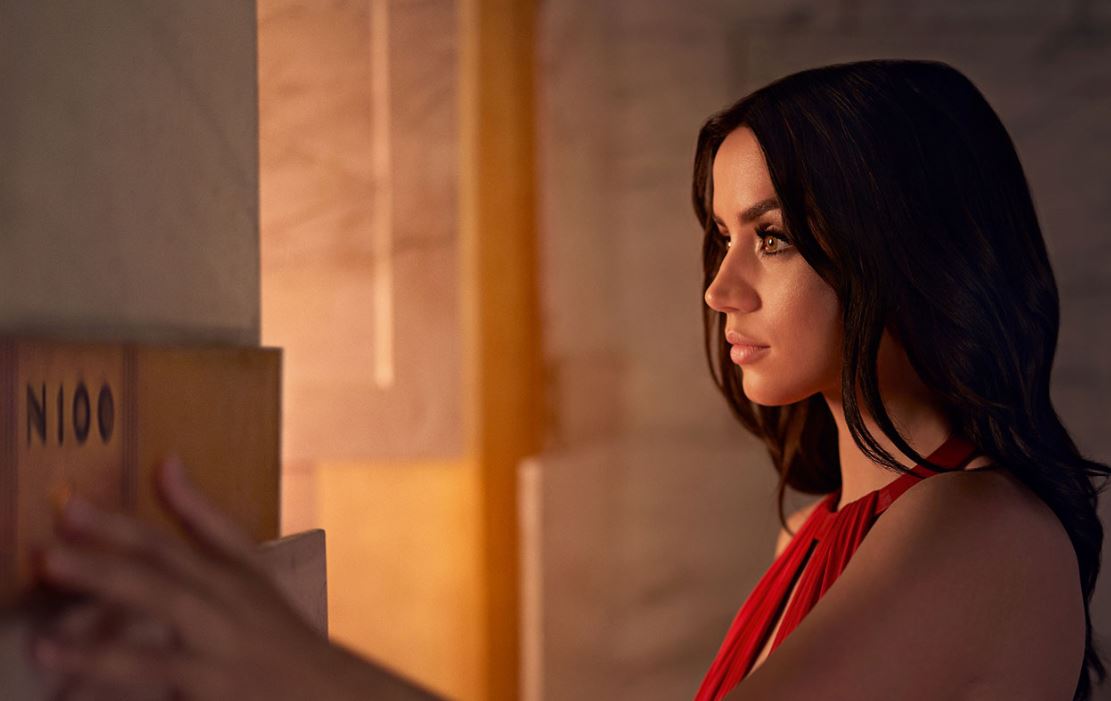 ‘Sergio’ is Netflix’s take on the true story of the brutal murder of the Brazilian-born UN diplomat Sergio Vieira de Mello. The movie features Wagner Moura as the central character of de Mello who was killed in the notorious Canal Hotel bombing in Iraq in 2003. Based on the book ‘Chasing the Flame: Sergio Vieira de Mello and the Fight to Save the World,’ by Pulitzer Prize-winner Samantha Power, the plot chronicles the legacy of de Mello as the United Nations High Commissioner for Human Rights.

With his extraordinary interventions and international relations, he was often tagged as the “diplomatic superstar” by the media. Ana de Armas plays the character of Carolina in the movie, which also features Bradley Whitford, Garret Dillahunt, Will Dalton, Clemens Schick, and Brían F. O’Byrne in major roles, according to THR. ‘Sergio’ is directed by Greg Barker, who made the critically acclaimed documentary ‘Manhunt: The Inside Story of the Hunt for Bin Laden’ earlier, from a script by Craig Borten. The movie is due for release in 2019. 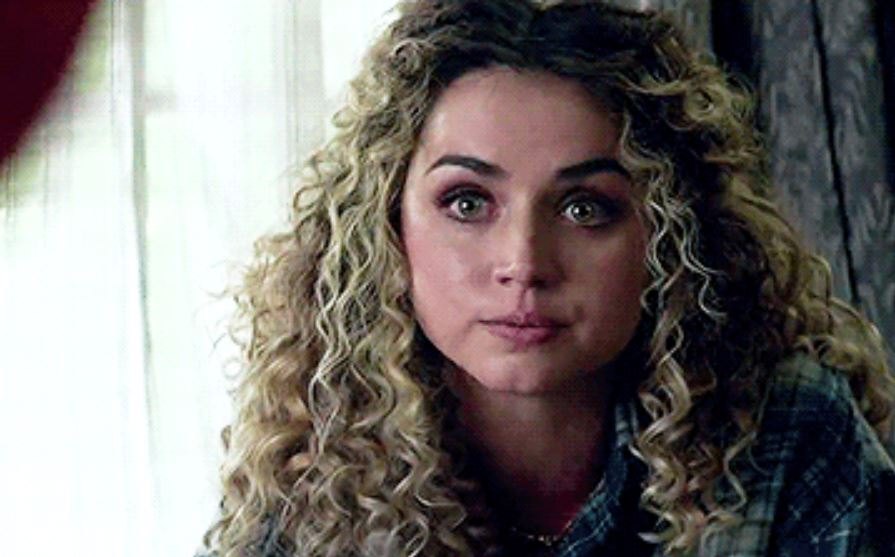 Based on the novel ‘Three Seconds’ by Anders Roslund and Börge Hellström, the upcoming action flick ‘The Informer’ tells the story of survival of an ex-Special Forces Agent. Peter Keslow (Joel Kinnaman) lands in prison after a brutal fight to save his wife. He decides to make use of his field operational experiences as an ex-Special Forces Agent to get an exemption in his sentence. Keslow starts working as an informer for the FBI. But his plans derail when a sting goes wrong. Soon, Keslow realizes that he has become the most wanted culprit for the FBI, cops and criminals alike. Ana de Armas plays the role of Sofia Hoffman, the wife of Keslow. Other cast members include Clive Owen, Rosamund Pike and Common. Directed by Andrea Di Stefano and written by Matt Cook, ‘The Informer’ hits theaters on August 16, 2019. 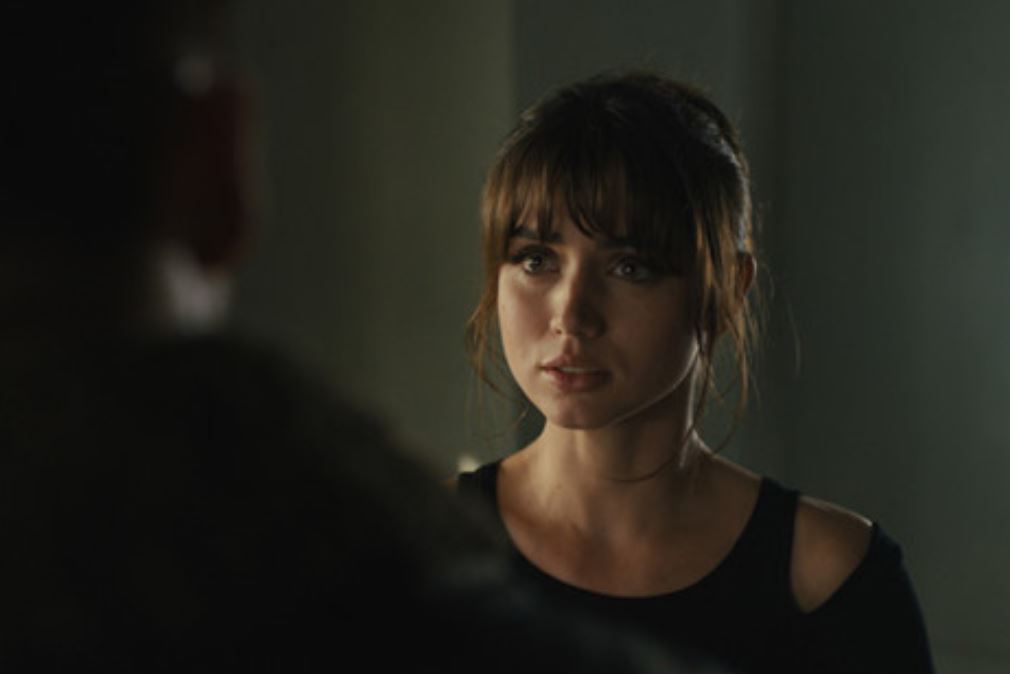 Billed as a murder mystery in same the vein of Agatha Christie novels, ‘Knives Out’ features Daniel Craig, Jamie Lee Curtis and Ana de Armas in the lead roles. The plot follows a Southern detective Benoit Blanc (Craig) and his partner Troy Archer (LaKeith Stanfield). When a wealthy 85-year-old man dies on his birthday, the detective duo steps into the scene. What seems like a simple case of homicide turns out to be a complex puzzle when every member of the victim’s dysfunctional family is a suspect. Details about Ana de Maria’s character are under tight wraps. ‘Knives Out’ also features Chris Evans, Michael Shannon, Toni Collette, Don Johnson, and Jaeden Martell. Written and directed by Rian Johnson, the movie is set to hit screens on November 27, 2019.

Ana de Armas will be seen alongside Edgar Ramírez, Penélope Cruz, Pedro Pascal, Wagner Moura, and Gael García Bernal in the spy drama ‘Wasp Network.’ Based on the book ‘The Last Soldiers of the Cold War’ by Fernando Morais, the movie is directed by Olivier Assayas. The plot revolves around Cuban spies stationed in American territories who expose a terror outfit based in Florida during the ‘90s. More details about de Armas’ character aren’t known yet. 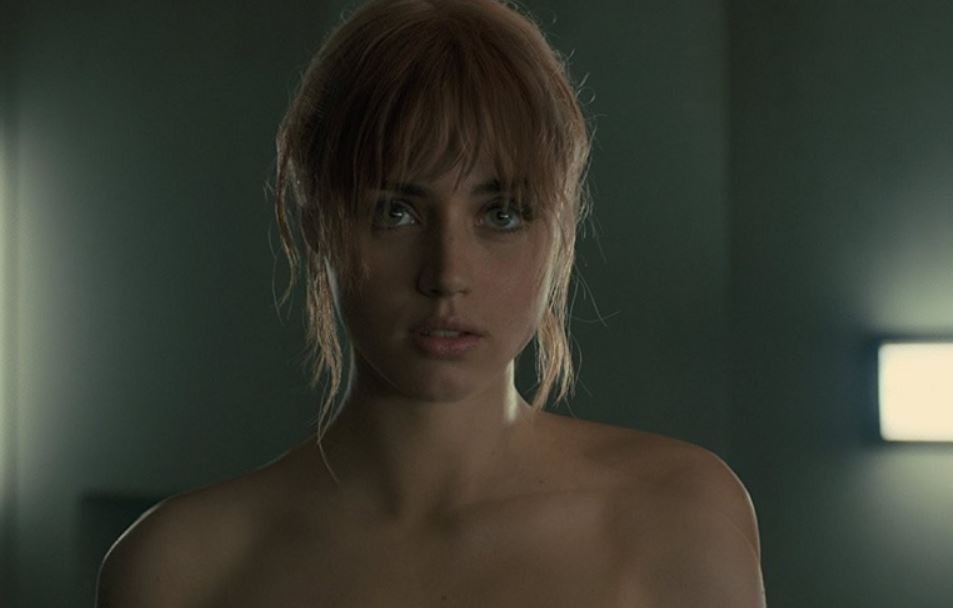 Ana de Armas teams up with Helen Hunt, John Leguizamo and Tye Sheridan for the thriller ‘The Night Clerk.’ Apart from playing the lead role, Sheridan produces the movie, which is written and directed by Michael Cristofer. The plot follows a hotel night clerk, who is an autistic and very intelligent person. When a woman among the guests is murdered under mysterious circumstances, he is cornered by the authorities as a possible suspect. During the ordeal of the investigation, he gets closer with a beautiful female guest in the hotel. But when he learns that his new friend is the next target of the serial killer, he decides to prevent the second murder at any cost. No release date has been attached to the project yet. 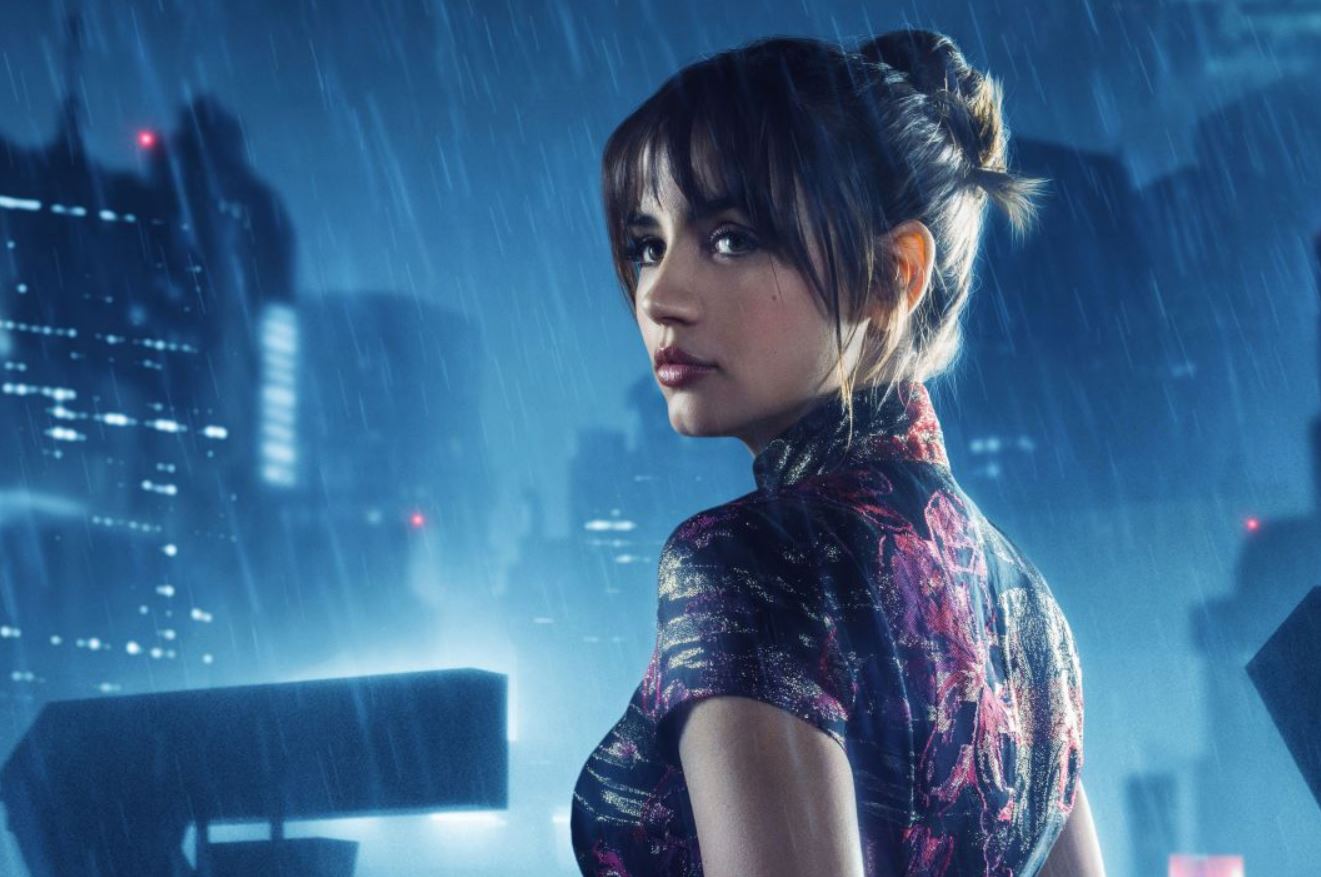 The much-anticipated 25th film in the ‘James Bond’ film franchise features Daniel Craig in his iconic role of Bond. While Rami Malek, who is known for ‘Bohemian Rhapsody,’ is set to play the villain, Ana de Armas will portray the character of Paloma, whose more details haven’t been disclosed yet. The returning cast members include Lea Seydoux as Dr. Madeleine Swann, Ben Whishaw as Q., Ralph Fiennes as M., Naomie Harris as Miss Moneypenny, Rory Kinnear, and Jeffrey Wright as Felix Leiter. Billy Magnussen, Dali Benssalah, Lashana Lynch, and David Dencik join the project as new cast. Directed by Cary Joji Fukunaga, the untitled ‘Bond 25’ will premiere on on April 8, 2020, in the U.S. and on April 3, 2020, in the U.K. 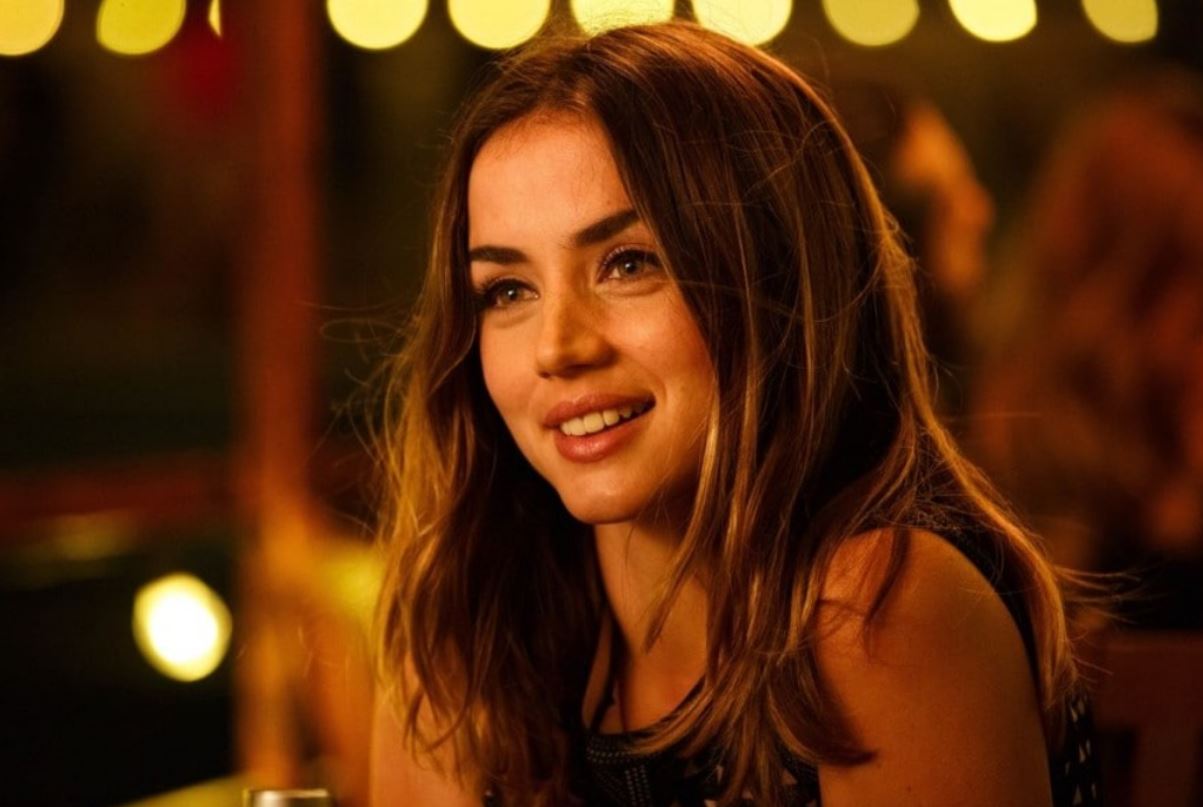 ‘Blonde’ is one of the most ambitious projects in Ana de Armas’ career. Based on the acclaimed novel ‘Blonde’ by Joyce Carol Oates, the movie features de Armas as Norma Jeane a.k.a. the legendary Marilyn Monroe. Though the plot details aren’t revealed yet, the movie has been rumored to chronicle the rise and fall of the Hollywood icon, according to Collider. ‘Blonde’ is written and directed by Andrew Dominik.