‘Fire Force’ is a shōnen anime set in an alternate earth that was nearly destroyed by fire in a cataclysmic event two hundred and fifty years before the story. It revolves around Shinra Kusakabe, a third and fourth generation pyrokinetic. As a member of the Special Fire Force Company 8, his primary job is to locate and neutralize Infernals, ordinary men and women who spontaneously combust, wiping out everything and everyone in their vicinity. Based on a manga by Atsushi Ōkubo, the show premiered in July 2019 on MBS and KTS and has since become one of the most critically and commercially well-received anime in recent years. If you like ‘Fire Force’ and want to watch other anime like it, here are the seven best options. 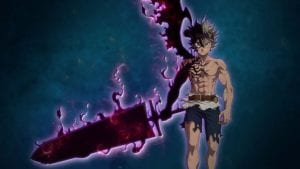 ‘Black Clover’ depicts the story of Asta, a boy with no magic whatsoever born in a world where magic is as common and natural as the air people breathe in. Despite all the odds pitted against him, he wants to become the Wizard King, a title traditionally held by the most powerful magic-user in the land. Asta’s biggest rival in this endeavor, as well as his best friend, is Yuno, a prodigious young mage. They grew up together in an orphanage, and though their paths have temporarily forked, their end goal remains the same.

Like Shinra, Asta joins a group of people with special abilities at the beginning of the series. Now, there are some glaring differences between the efficient and effective Company 8 and the rowdy and loud Black Bulls, but both the squads are the black sheep of the respective organizations that oversee them, Company 8 in the Fire Force, Black Bulls among the magic knights. 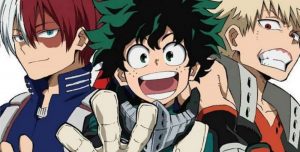 ‘My Hero Academia’ is one of the hottest anime of today. Both it and ‘Fire Force’ center around a protagonist, who above everything else, wants to be a hero and help people. However, the similarities end there. ‘My Hero Academia’s Izuku Midoriya is driven by his need to prove himself as the worthy successor of the former #1 hero on earth, All Might, whose powers he has inherited. Shinra, on the other hand, is haunted by a traumatic past and determined to show the world his true worth. 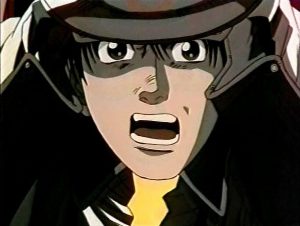 Unlike the other entries in the list, ‘Firefighter! Daigo of Fire Company M’ is an obscure gem. Even during its original run in 2004, the show did not garner a significant following. However, there are still loyal fans who swear by it even today. Take out the superpower aspect of ‘Fire Force’ and focus instead on the everyday life of firefighters and the dangers they face, and you will have ‘Firefighter! Daigo of Fire Company M’. 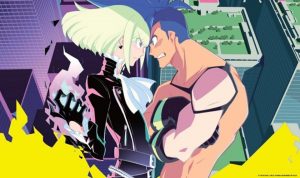 The only film on the list. Directed by Hiroyuki Imaishi and written by Kazuki Nakashima, who previously collaborated on ‘Gurren Lagann’ and ‘Kill la Kill’, ‘Promare’ shows a world where half of the population were killed in mass spontaneous human combustions. Sounds familiar? The people with pyrokinetic abilities are called Burnish in ‘Promare’. The film even has a group of firefighters as its protagonists. Seriously, if you are experiencing withdrawal symptoms after binging ‘Fire Force’ for hours, sit down, relax, and watch ‘Promare’. 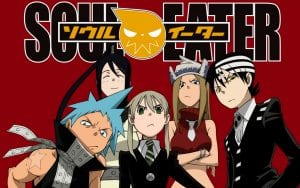 ‘Soul Eater’ makes the list because it’s Atsushi Ōkubo’s other major work. There are other similarities between the shows as well. ‘Soul Eater’ is also a shōnen anime and set in a fantastical world, though the main characters are school students and not working professionals. Moreover, the two series are stylistically the same, making the other show worth a watch for ‘Fire Force’ lovers. 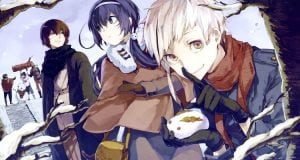 ‘Bungo Stray Dogs’ is a fascinating anime. It has characters with superpowers, a gifted protagonist with a unique set of skills, and an organization dedicated to protecting ordinary people, basically ‘Fire Force’ with considerably less… fire. One of the show’s characters, the meticulous and ever-serious Doppo Kunikida, is bound to remind you of Takehisa Hinawa, everyone’s favorite lieutenant of Company 8.

‘Kabaneri of the Iron Fortress’ is also about a post-apocalyptic world. Although no spontaneous human combustion happens there, there are zombies (Kabane), and they are very, very hungry. The main lead, a young steamsmith named Ikoma, gets bitten by a Kabane and gradually turns into a Kabaneri, a hybrid between human and Kabane. In his journey to find the cure for the deadly infection, he is helped by Mumei, a fellow Kabaneri. As with Shinra, Ikoma aspires to become the hero his world needs.