7 Anime You Must Watch if You Love Nana 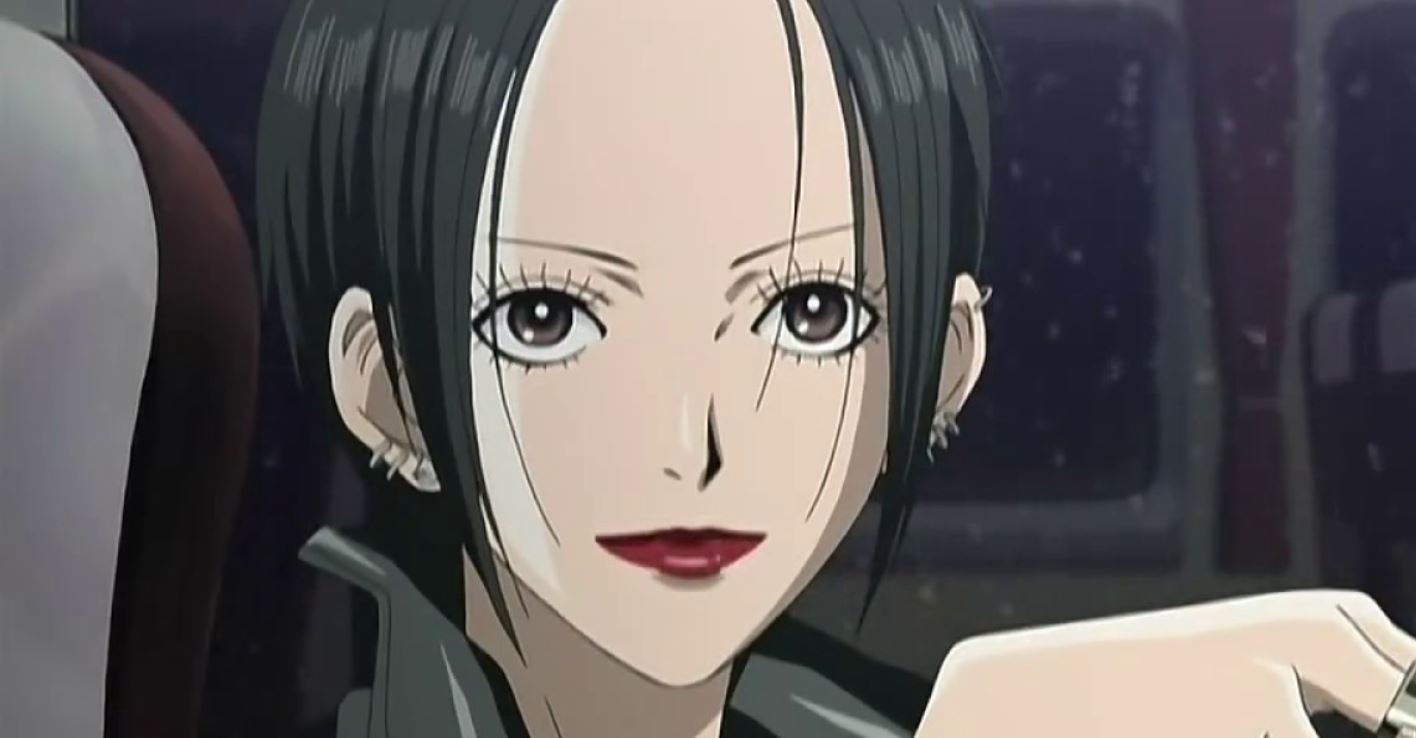 ‘Nana’ is a Shoujo anime that follows the young and naive titular protagonist who travels to Tokyo chasing her boyfriend Shouji Endo. Her journey leads to an unexpected encounter with an enigmatic punk rock vocalist named Nana Osaki. Although they share the same name, the two girls have conflicting personalities, and they became friends despite that. When they share an apartment in Tokyo, the girls experience the ups downs of independent living and offer each other much-needed emotional support. If you love the series, then here’s a list of the best shows similar to ‘Nana.’ You can watch some of these series on Netflix, Crunchyroll, Funimation, Netflix, or Hulu. 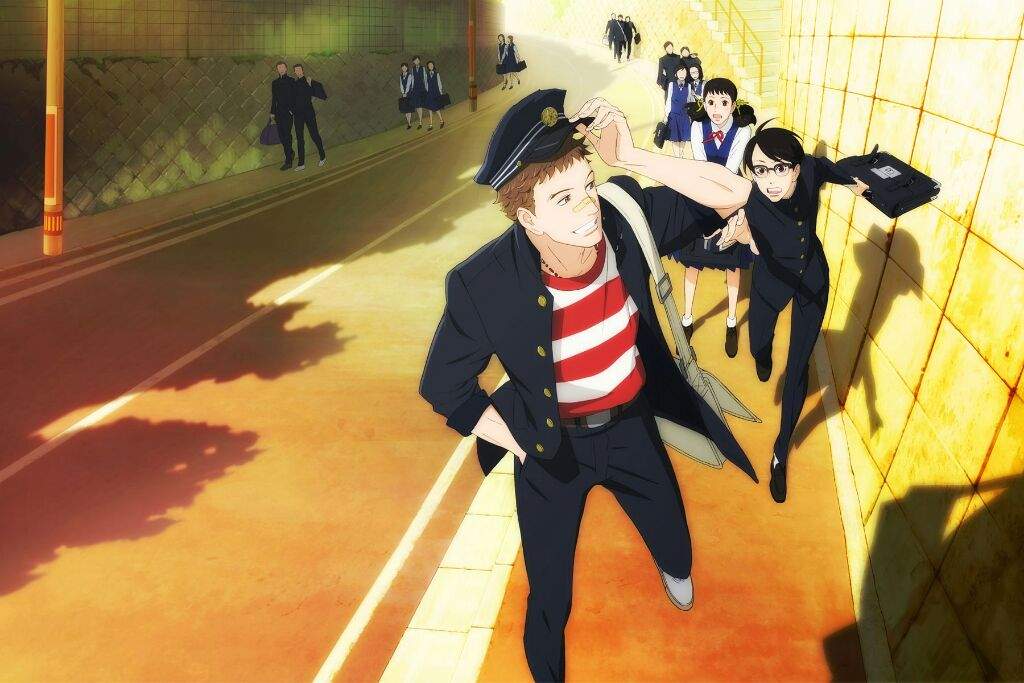 Kaoru Nishimi, one of the main characters in the anime, moves to Kyushu to enroll in a high school. He is good at academics and is a classical pianist. Having moved from place to place during his childhood, Kaoru finds himself an introverted black sheep everywhere. He is apprehensive about being an outcast in the new place too. But when he crosses paths with Sentarou Kawabuchi, another delinquent who loves Jazz more than anything in the world, his life takes a turn for the better. Sentarou instills a fire for Jazz within Kaoru, and he starts learning more about it. He starts playing the piano during their jazz sessions at the basement of a friend’s home. Kaoru soon finds out that music can help a person to come out of his shell while entertaining others. You can watch the anime here. 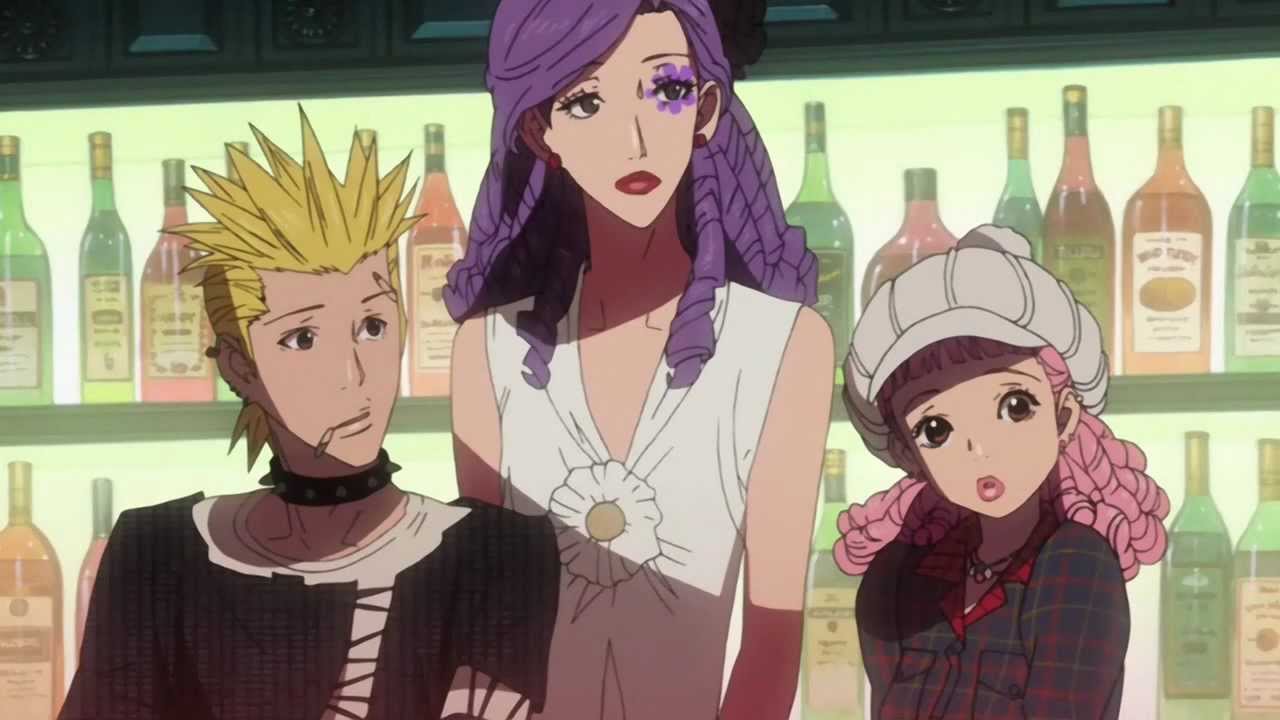 ‘Paradise Kiss’ is a romance drama anime that is similar to ‘Nana’ in many ways. The drama and romance are quite intense, but what makes it interesting is its approach that treats every character with equal consideration. Yukari Hayasaka, one of the main characters in the anime, is known as a studious disciple. She nurtures the dream of becoming the topper in her university entrance exam. She doesn’t care which university she gets in as long as she can leave the sleepy hometown behind. But her parents set their own agenda for their daughter. One day she meets a strange individual with piercings. She tries to get away from him but instead, she ends up going with him and meeting his friends. They turn out to be a bunch of fashion designers who want her to be a model of their final project. But she is torn between the offer and her dream of getting into some distant university. To make things more complicated, she falls for the leader of the group. 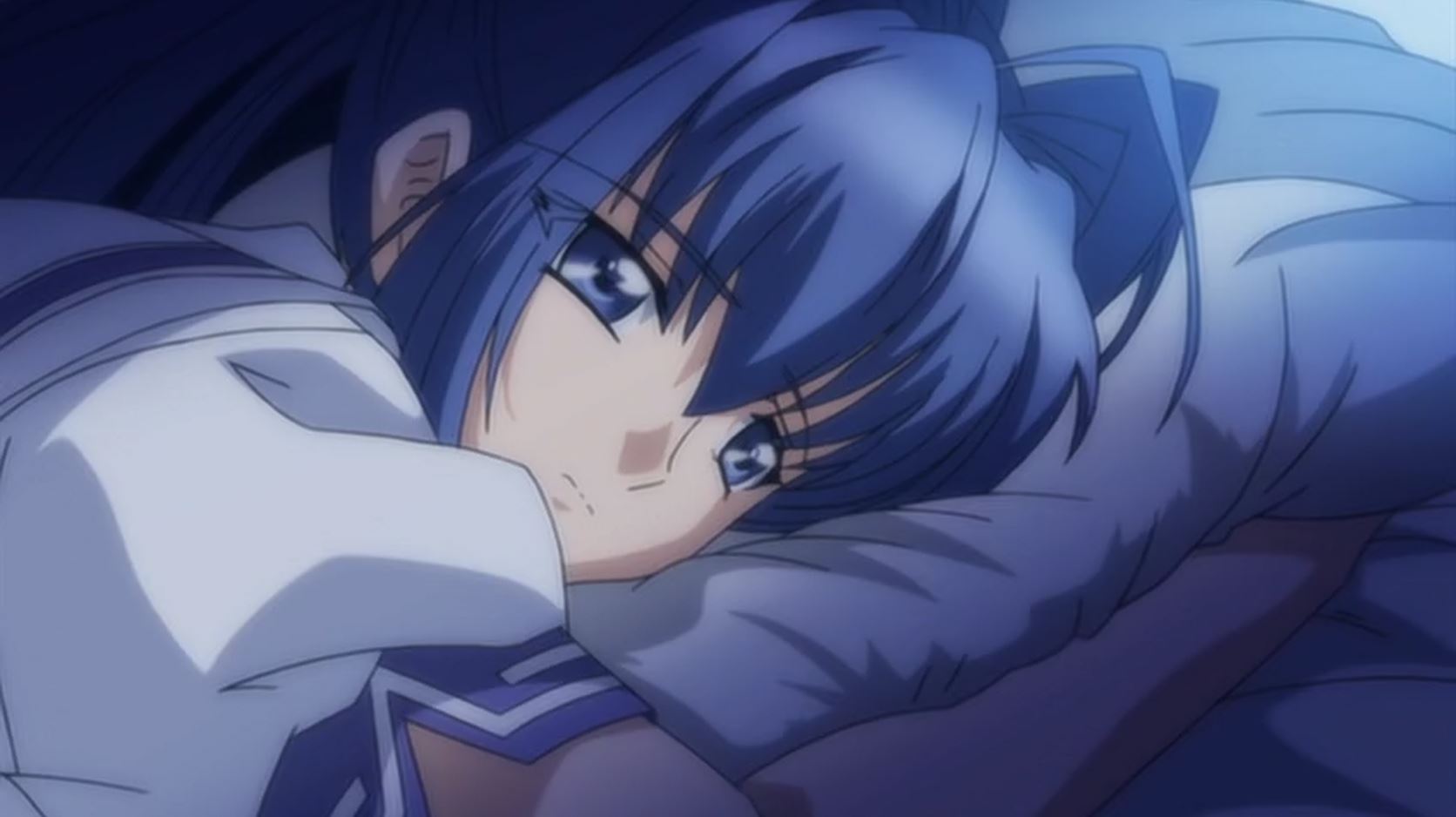 ‘Kimi ga Nozomu Eien’ is quite similar to ‘Nana’ when it comes to the complicated romance among the central characters. The show offers a fair amount of drama and falls into the category of the slice-of-life genre. The anime follows Mitsuki and her best friend Haruka, who hides feelings for Takayuki, fearing that she may get rejected.  In order to help her friend to express her love, Mitsuki befriends Takayuki. But as time progressed, Mitsuki, Takayuki, and Shinji, who is a friend of Takayuki, grew very close to one another. Finally, Haruka opens up her secret to Takayuki, who does not want to break her heart, starts dating her. But things turn upside down when Takayuki and Mitsuki develop feelings for each other. Though they don’t know what to do, all of them know that their life and friendships will never be the same. You can watch the anime here. 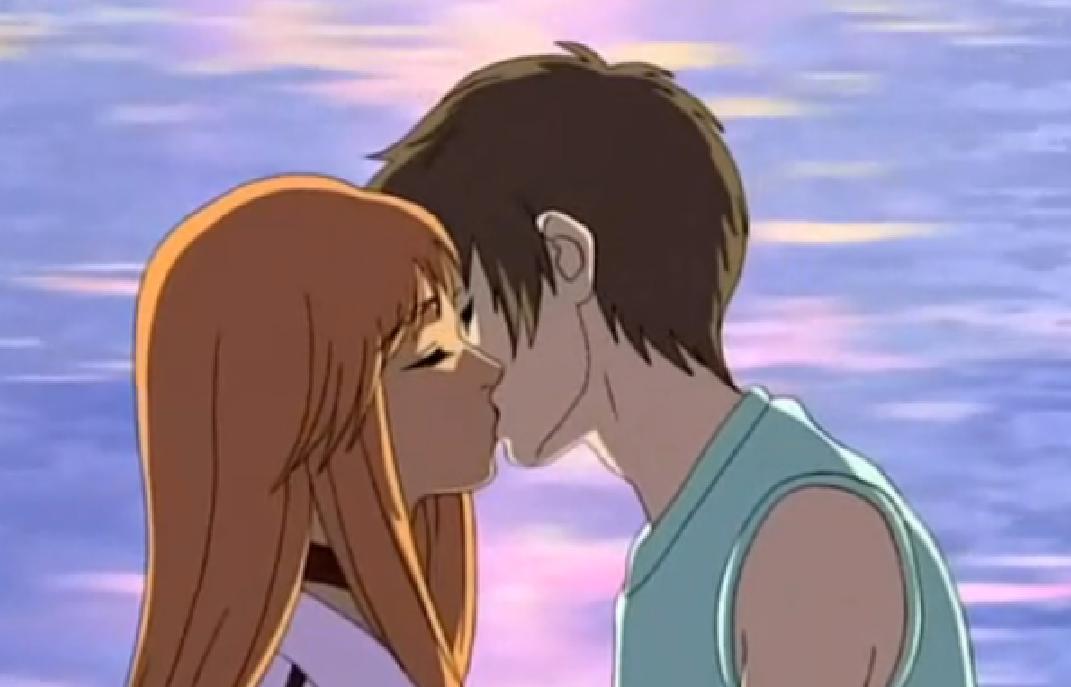 If you are a drama anime lover, then you might come across the title ‘Peach Girl’ at least once. The anime revolves around a girl named Momo Adachi who a girl-next-door type high school student. She is an excellent swimmer and a member of the swimming team. As an aftermath of her intense swimming lessons, her skin has become tanned. But people judge her for her tanned appearance and bully her by calling names. In the midst of such day-to-day frictions, she keeps feelings for a boy named Toji, who is known for his weakness for tanned girls. Momo tries to be the girl she thinks is his ideal match. But things never go as she expected. Momo’s friend Sae, who is a troublemaker, decides to stab her friend in the back by starting an affair with Toji. During all these dramatic events, there was someone who really liked Momo without her knowledge. You can watch the show here. 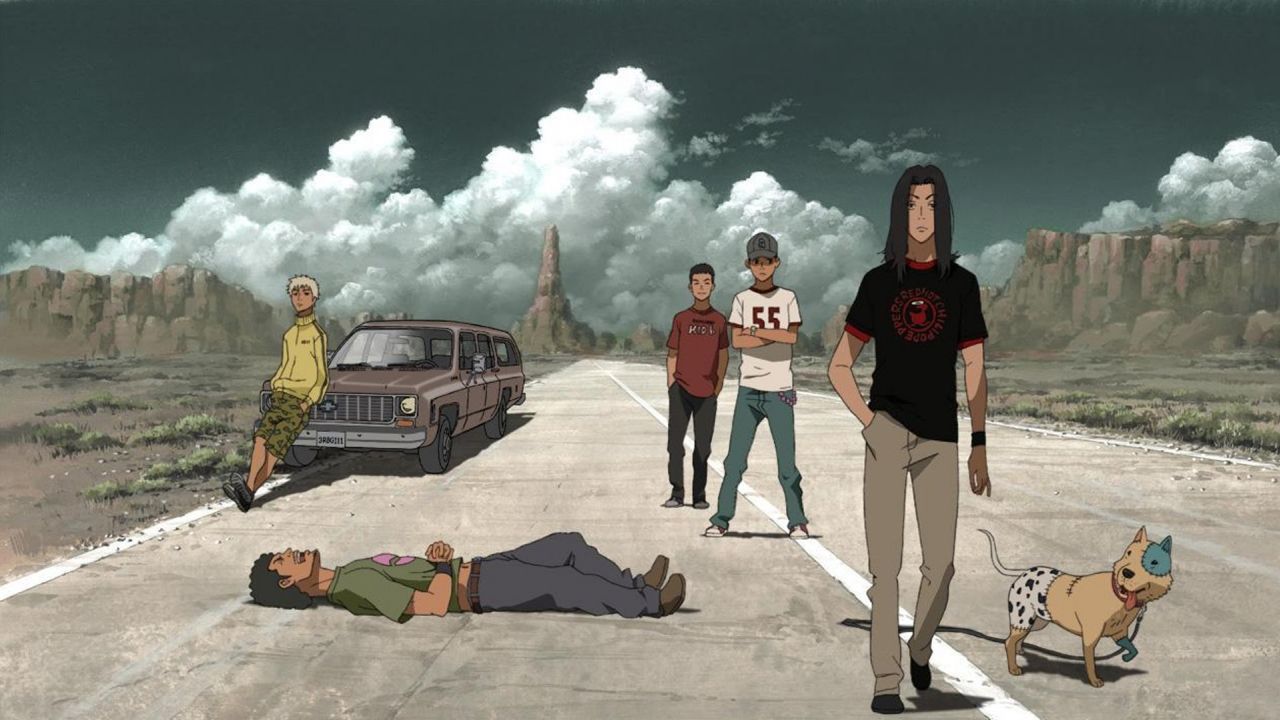 Though a little lesser popular than the other anime on this list, ‘Beck’ is a decent show with drama, romance, and music at its core. Koyuki is a 14-year-old boy who wanders aimlessly and is known for his carefree attitude. One day he saves a dog named Beck and befriends its owner Ray Minami, a famous guitarist and a member of a famous rock band. Ray takes Koyuki with him to his former band and shows him his guitar skills. Koyuki is impressed and decides to learn western rock music and guitar. The boy also starts to help Ray to become the leader of a popular band. They soon form their band along with Ray’s sister Maho and her friends. The rest of the story chronicles the struggles and rise of the band on its way to success. 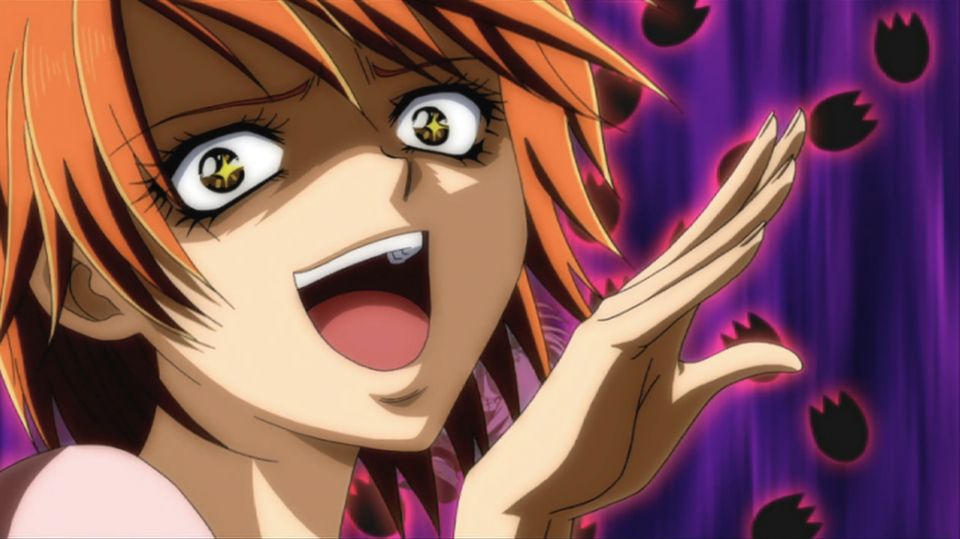 ‘Skip Beat!’ is another entertaining anime that deals with drama, romance and music. It is a bit light-hearted and shares a few similarities with ‘Nana.’ Both shows feature a female character in the lead who hail from similar backgrounds. They want to become successful and popular in the entertainment industry. The anime follows a 16-year-old girl named Kyouko Mogami, who is a hard-working and intelligent student. The girl also has feelings for Shoutarou Fuwa, a rising star in the pop music scene, and her boyfriend. She does everything she can to support him, even if it means working tirelessly at burger joints as a part-time assistant. But soon, she learns that Shoutarou is cheating on her and just uses her just for money. She leaves him and decides to take revenge by joining the entertainment business and outshining him in his realm. But things are never easy for a debutante in the cutthroat music industry. Can Mogami follow her dream and take her vengeance? You can watch the show here. 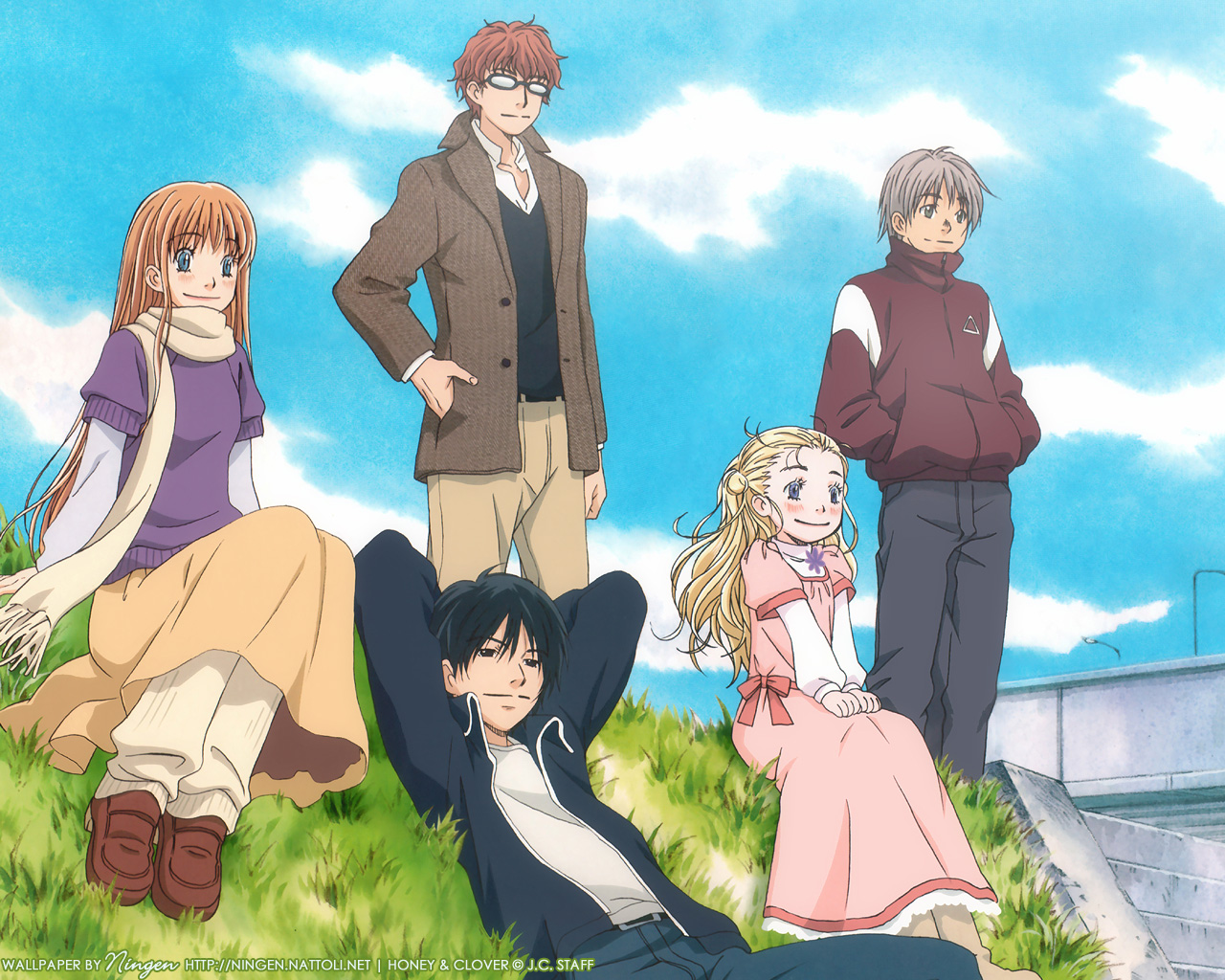 ‘Hachimitsu to Clover’ is a Josei anime dealing with drama, romance, and slice-of-life themes. It is again a less popular but entertaining anime. It shares many similarities with ‘Nana .’Both anime explores complicated relationships in detail. They can be funny at times but mostly focus on the lives of characters and interpersonal relationships. Shinobu, Takumi, and Yuuta are college students who come from poor families. They share a cheap apartment that has no bath, which suits their humble needs.

The three friends are quite different from one another. Shinobu is whimsical and mysterious, while Takumi is so passionate about everything. The simplest of all is Yuuta, who has normal and reasonable dreams and desires. The students study in an arts college where they meet Hagumi, a talented girl who is always accompanied by her guardian, Shuuji. Initially, she is a bit withdrawn but gets accustomed to the boys as the days pass by. Yuuta and Shinobu fall for her, but Yuuta tries his best to hide his feelings. Shinobu goes the other way and starts weirdly expressing his love which repels Hagumi. The rest of the story relies on the dramatic developments that test the strength of their friendship and love.