Anna Hamilton From Songland: Everything We Know 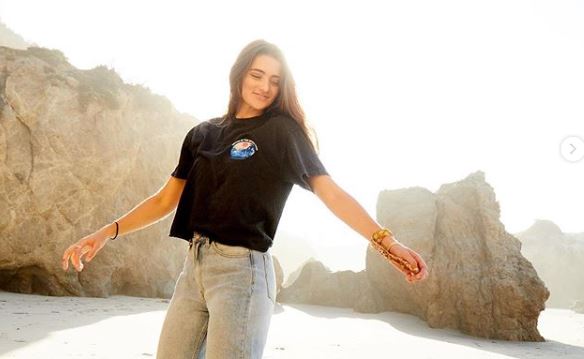 If you’re not familiar with the concept of NBC’s original series ‘Songland,’ let us help you out. The series puts the focus on underrated and underappreciated songwriters in the music industry and gives them a chance to prove themselves by allowing them to pitch their original song to a panel of extremely well-known music producers and a renowned celebrity recording artist. It gives the contestants an opportunity to work with some of the best producers in the industry and basically kick starts their career. Season 2, Episode 9 introduced us to four such aspiring artists, one of whom was Anna Hamilton.

Who Is Anna Hamilton?

Anna Hamilton, born and raised in a small town known as Bucyrus in Kansas is a songstress who has been breathing and loving music since before she could talk. Admitting to having been writing songs all of her life, Anna is an individual whose talent and passion has made her one of the most amazing singer-songwriters right now. She has written most of her songs with only a guitar and a banjo, which she learned how to use herself.

After graduating from high school, Anna decided that she wanted to stick to her passion and pursue a career in music. Therefore, she moved to Nashville, Tennessee to attend Belmont University and study music so as to further hone her skills. The young songwriter still resides in Nashville and focuses on music full time.

Anna comes from a really big family. Growing up in a small town, she didn’t just have her parents and a couple of siblings to keep her company, no, she had a full house with a total of 11 siblings. Earlier this year, in February, she posted a family portrait on her Instagram and the caption of it stated: “11 siblings, 7 brothers/sisters in law, 10 nieces and nephews, and my incredible mom and dad:) So proud of you all!!!!! ??”

As for her relationship status, she currently seems to be single. She uploaded a picture with a guy in mid-December of last year, and alongside it, she had written, “I asked Bryce if he wanted to start a fake internet relationship w me and he said it would make his other fake gf jealous:/ i hate social media” to make the fact that she is single glaringly obvious in a humorous and lighthearted manner.

Anna’s voice and her earthy tones first started earning her traction when she began posting videos of her original songs and her covers on YouTube, Instagram, and TikTok. The small-town girl who had initially just started writing songs for fun and to fulfill her passion has turned it into a career by having written meaningful songs whose lyrics resonate with the listeners all the while having an acoustic, alternative-pop sound.

Believing that lyrics is what makes a song, she has stated that “songwriting is like breathing new life into poetry—crafting words into and around a melody until you can almost feel them. It’s almost like a superpower to be able to take a worldly concept and whittle it down into something a little more tangible.”

Her cover of Imagine Dragons’ “Bad Liar” is the one that got her the most appreciation. In just three months, her live acoustic cover of that song got more than 30 million views on YouTube. After that, she became unstoppable. When fans of ‘Songland’ and of music, in general, discover her and get added on to her almost 900,000 monthly listeners on Spotify, Anna will, for sure, become the songwriter to watch out for. (Featured Image Credit: Anna Hamilton / Instagram)