Annjeanette Whaley My 600 lb Life Update: Where is She Today?

TLC’s ‘My 600-lb Life‘ features a number of inspirational accounts of people who are morbidly obese and have struggled to lose weight. The series showcases a variety of these journeys in which the cast members, who often weigh 600 pounds or more, adhere to rigid and rigorous reforms, including food and fitness regimens. Dr. Younan Nowzaradan, AKA Dr. Now, who is a renowned bariatric surgeon, assists and monitors these individuals in their quest to shed enough pounds to qualify for the highly sought-after weight reduction procedure.

Since its debut in 2012, the reality show has presented both smooth, successful, and struggling patients who have a tougher journey to weight loss. Annjeannette Whaley of season 7 episode 14, was determined to shed her weight quickly, get in better shape and live her life to the fullest. And now that she’s been away from the cameras, her fans must be curious to know where she is. If you’re also eager to know about her, here’s everything we found out!

Annjeannette Whaley was a native of San Diego, California, and weighed 679 pounds at 30 when she appeared in season 7. Her food addiction became uncontrollable to the point where it became her only source of happiness. Although she was in pain because of her weight, she still couldn’t manage her eating habits, even if it meant hiding them from her loved ones, especially her girlfriend, Erica Andino. On the show, she even talked about her pain, saying, “It sucks to carry all this weight. It feels horrible, it hurts. When I’m eating, I don’t feel all the pain of my life. I have to find a way to change.”

Annjeannette had to go through a difficult childhood after losing her mother at a young age because of drug addiction. She began coping with her troubles and sadness with food and slowly became addicted to it herself. Food took over her life in a major way to the point where she also faced bullying because of that. At the age of 9, she even had to deal with a campaign that was organized to send her to a “fat camp.” This triggered her addiction even more after the shame she had to endure publicly. 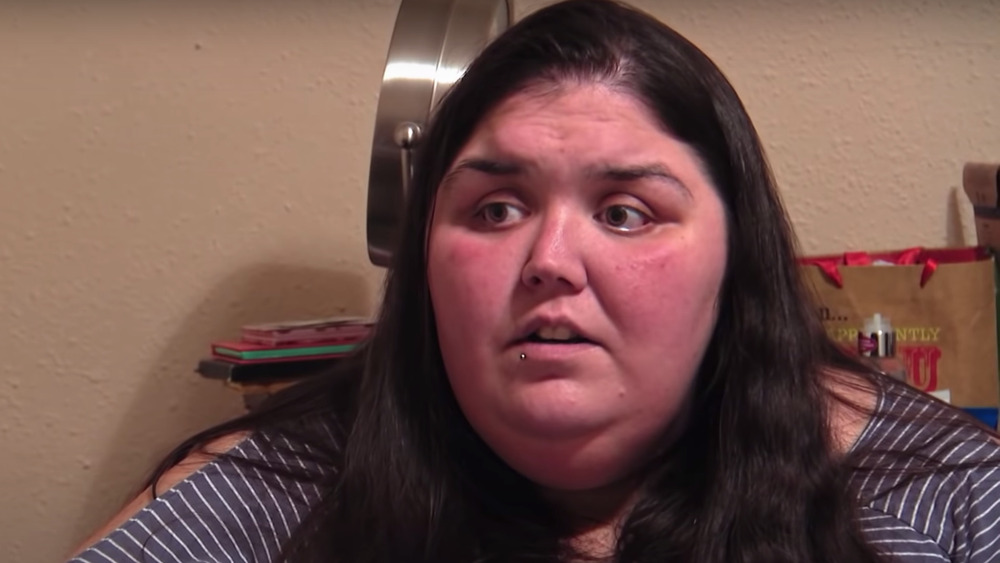 After struggling with her weight issues for so many years, Annjeannette finally decided that she had to seek professional help with the support of her family, which included her father, sisters, nieces and nephews, and girlfriend, Erica. After joining Dr. Now’s weight loss program, Annjeannette found it difficult to control her food dependency as she was recommended.

Annjeannette went through quite some struggle and necessary therapy sessions to realize her priorities and cut down her dependency on food. She slowly began following the strict diet and exercises to reduce her weight enough to undergo gastric bypass surgery. Eventually, she managed to lose 274 pounds and weighed 405 pounds to be approved for surgery, after which she continued to work towards maintaining a healthy weight.

Where is Annjeannette Whaley Today?

Annjeannette kept going with her weight loss journey by eating healthy and exercising as required. She now lives in Hillsboro, Oregon, and keeps updating about the small and big changes she notices because of her new lifestyle. Apart from her personal social media account, she also maintains a public page where she posts about her stint on the show as well as the latest updates declaring her gratefulness for it. Annjeannette is proud of the changes she made in her life and is rightfully not afraid to flaunt them.

Annjeannette loves her nieces and nephews very dearly and often proclaims her love for them. She is proud to be their “aunty” and also showers them with lovely gifts on several occasions. In one of her recent post, she wrote, “One day you will all love and appreciate these pictures and I won’t be that Annoying auntie making you fill out these boards and takes tons of pictures lol I love you all so much and I’m so so Proud of you My beautiful Amazing smart babies!!! Have an amazing year.”

Annjeannette also expresses her gratitude toward her father, Jack Whaley, who dedicated much of his time to helping her in her weight loss journey. He even requested on Facebook to help him cover half the cost of his flight ticket to Houston during her surgery when he found that the production house reportedly covers only half the cost. Later, he also helped her with the tough exercises after her surgery, when she was trying to shed more weight living in Oregon.

However, in March 2020, Annjeannette sued the production company, Megalomedia, for failing to pay its alleged obligations. She claimed that the corporation has neglected to pay her medical costs, much to her financial harm. She alleged that despite following Dr. Now’s regimen and undergoing surgery, they refused to reimburse her for her medical expenses after supposedly promising to do so. also accused the show of putting the cast members on an “extreme weight-loss diet” and providing “absolutely no mental health assistance.” As of writing, there is no update on the latest developments of this lawsuit.

The most recent and celebratory news about Annjeannette is that she is soon getting married to her long-time girlfriend, Erica. In the show, the couple seemed to break up after a heated discussion about their future and some other misunderstandings. Annjeannette was also shown to move ahead and live with her family in Oregon, away from Erica. However, from the looks of it, the couple is back together and celebrated their 6th anniversary in November 2021. They are soon to get married and are busy preparing for their wedding, keeping their followers updated with the latest arrangements.

As it turns out, Erica also has two twin sons from her previous relationship, who are now very close to Annjeannette as well. She often posts their pictures, going on vacations as a family, getting together with her extended family, including her nieces and nephews, and about their achievements on her social media platform. Thus, Annjeannette is well in her weight loss journey as well as her personal life, and we would only wish her the best for her future ahead with her loved ones.