Created by Christian Linke and Alex Yee, ‘Arcane’ is an explosive foray into Riot Games’ ‘League of Legends’ universe. The vividly animated sci-fi series transports the audience to a world of separation, where progress and poverty stand side by side. The majestic art deco utopia of Piltover is built on the ruins of the dark and depraved underworld of Zaun. The primary story revolves around the sisterly rivalry between two Zaunites, legends Vi and Jinx, while the second story arc follows the rise of innovator Jayce into political prominence.

The animation style is a seamless blend of hand-drawn and computer-generated material, which provides visually stunning backdrops for the unfolding story arcs. When coupled with an electrifying score and a dynamic voice cast, the result is an engrossing tale of two cities at a time of crisis. The shocking and open-ended finale raises a lot of questions, but let us first recollect the events that lead to the catharsis. SPOILERS AHEAD.

The fourth episode opens with a time leap. Following the discovery of Jayce and Viktor, Piltover has made leaps and bounds of progress, while Zaun has gone down the opposite path. Silco still reigns the underworld, indoctrinating Powder (who has assumed her new identity, Jinx) like his own daughter. On the progress day, Heimerdinger suggests Jayce should present the speech this year. 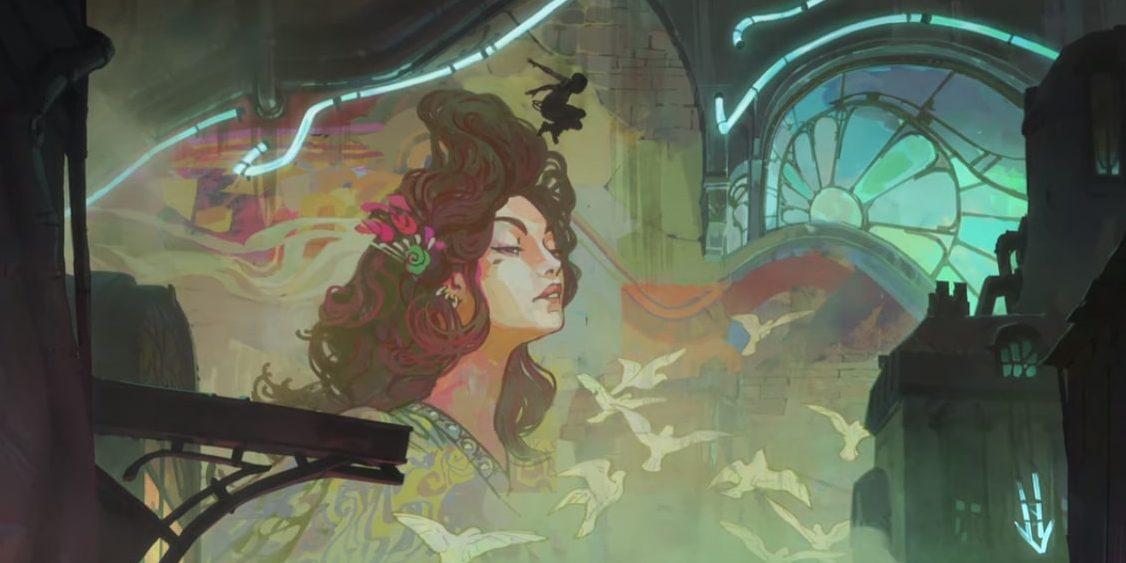 Jayce and Viktor have stabilized the magic to create Hextech Gemstones, which can fuel any machinery. But adhering to Heimerdinger’s suggestion, Jayce chooses to keep the cards in his pocket. However, with the help of Mel, Jayce soon becomes a counselor and learns the nitty-gritty of politics. Viktor is dying, but he is on the verge of a breakthrough. The new technology, Hexcore, can cause biological mutations and possibly cure him, although it’s not stable.

The topside is shaken to the core on progress day. The rebel group Firelights attacks a ship of Silco, and Jinx momentarily exchanges glimpses with Vi. Enforcer Caitlyn reaches the scene, but Marcus takes over the case. Marcus has unwillingly joined hands with Silco, who wants the enforcers away from his operation. Jinx causes another explosion and retrieves a piece of Gemstone. Caitlyn defies superior orders to get to the bottom of the mystery of this menacing girl.

On direct orders from Jayce, Caitlyn gets Vi out of prison, and the two embark on a journey to Zaun. On the topside, Jayce becomes the target of everyone’s hatred when he strengthens security measures and messes with influential politicians. He also commands the enforcers to secure the Hexgates, which hampers trade. Despite oppositions, he manages the situation with an iron fist, and when Heimerdinger opposes Hexcore research, Jayce forces him to retirement. In flashbacks, the story reveals that Singed, the assistant of Silco, is an old acquaintance of Viktor. Viktor is almost ready to make a pact with the devil. However, the death of assistant and admirer Sky makes him regain his moral compass.

After experiencing its destructive side, Viktor seeks to destroy Hexcore at all costs. At Zaun, Vi has an encounter with Jinx. Seeing Vi with an enforcer agitates Jinx, more so when she finds out that Vi cares for her. After a hostile meeting, Vi regroups with Ekko, who has stolen the Gemstone from Jinx. Caitlyn seeks to take the Gemstone back to Piltover, and Ekko wants to come along. However, Marcus and the army guard the bridge, and as the situation escalates, the bridge turns into the site of a massacre. With the impasse, the tension between Piltover and Zaun reaches a boiling point, but maybe they can evade the battle. Or, maybe not.

After the encounter with Marcus and the enforcers on the bridge, Vi and Caitlyn cross over to the topside to submit the Gemstone into safe hands. Injured, Ekko flees the scene and is discovered under the bridge by Heimerdinger. Heimerdinger offers to help make the lives of Zaunites better, and they make their journey back to the tree. However, Jinx is severely wounded after the suicide bombing. Silco reaches the scene and tries to wake Jinx up, but she does not respond to his calls.

Despite all his evil, Silco’s fatherly love for Jinx is not all pretense. With the senseless body of Jinx, Silco visits Singed. However, the two Shimmer scientists have a previously unsettled score of their own. Silco pleads with Singed to bring Jinx back to life, but meanwhile, Singed injects a potion into Silco, making him unconscious. As snippets of chaos reveal, the Shimmer surgery is viscerally painful for Jinx. However, when Silco regains his consciousness, he finds Jinx absent. Although Singed assures him that Jinx is alright, Silco does not trust him, and neither can we.

Jinx’s prolonged absence may urge some to assume she is dead. However, there remains much drama to be unfolded in the finale. After beating up Sevika at the bar, Vi abruptly wakes up in Vander’s arena, with her hands and legs tied. It appears that Jinx is the captor. She also brings in Silco and Caitlyn for a round-table conference. After reassuring Vi that she is the one who created Jinx, a volatile Jinx gives Vi a chance to get Powder back. Vi has to assail Caitlyn to prove her loyalty to her sister.

However, Caitlyn releases herself from the bondage and picks up the machine gun to coerce Jinx into submission. Vi tries to pacify the situation, but it is probably too late. The tensions reach an extreme, and although Jinx momentarily keeps her pistol on the table, she gets a hold of the machine gun shortly after. Due to her being modified by the Shimmer, Jinx can now run at an electrifying speed. She snatches away the machine gun from Caitlyn and starts firing erratically. Jinx comes back to her senses to discover she has fatally shot Silco. Silco’s death is a massive jolt for Jinx, and it would be a miracle if she returns to her old self after this incident.

Is the War Averted?

With Jinx’s sporadic attacks, Piltover becomes increasingly defensive. Hell-bent on keeping Hextech exclusive to Piltover, Jayce strengthens the security and closes the borders. As Jayce and Mel come close, Viktor feels a distance between him and Jayce. After meeting with Singed, Viktor comes back to Piltover to find the borders sealed. Due to his ignorance of Zaun’s reality, Jayce thinks of the underworld inhabitants as a collective threat. However, Jayce reconsiders his thoughts when he comes to know that Viktor is a Zaunite. 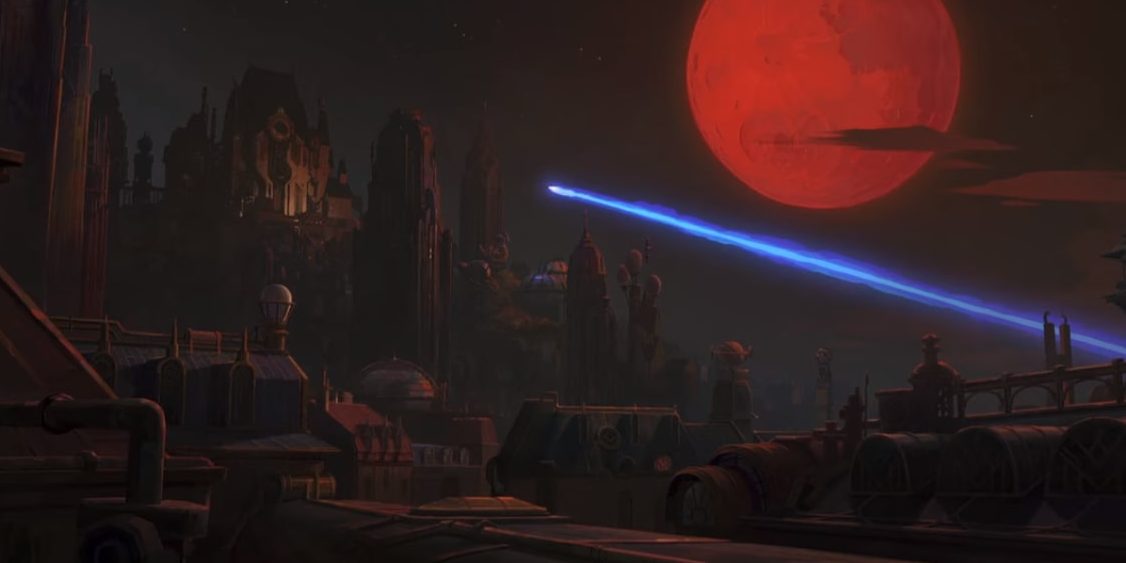 Mel is also not keen on violence, but that is until her oppressive and militant mother arrives from Noxia. After a talk with Mel’s mother, Jayce considers making weapons with Hextech. A war seems imminent. However, Caitlyn and Vi’s presentation before the council impacts Jayce, and Jayce’s impatience certainly strikes a chord in Vi. Vi gives Jayce the idea of closing down the production of Shimmer. Shimmer is the substance with which Silco runs his syndicate, and in its absence, the Zaunites would probably turn against Silco.

The idea seems good in theory, but the death of a child at the Shimmer factory makes Jayce retreat from violence. He covertly meets Silco for a peace treaty, and things look hopeful for Zaunites. However, the death of Silco in the finale puts a dent in the fabled peace. In the end, all the council members second Jayce’s pacifying strategy to evade bloodshed. However, Jinx aims a rocket launcher at the house of councils. With the final impasse, war seems inevitable between the two worlds.