Developers Christian Linke and Alex Yee paint their Netflix original sci-fi animated series ‘Arcane’ with a dark and brooding ambiance. A retro-futuristic production design, vibrant animation, and an emotive voice cast ensemble create the magic. The third episode, titled ‘The Base Violence Necessary for Change,’ ends the first act, and the finale is decidedly brutal and devoid of hope.

The episode begins with visceral bloodshed, and while her intentions remain pure, Powder makes a grave error in judgment. The finale has drastic ramifications for the future course of the story, as it is shattering to the core. We shall pay closer attention to the final minutes, but before that, let us speed you up on the third episode of ‘Arcane’ season 1. SPOILERS AHEAD.

The episode’s story takes off from the previous episode’s cliffhanger. It turns out to be Vander and not the enforcers knocking at Benzo’s door. Vi opens the door, and Vander locks her up in the basement. The enforcers Marcus and Grayson are not late to appear, however. Although Vander is unwilling to let them arrest Vi, the Council demands flesh.

Vander surrenders to the police as per the deal, endowing second-in-command Benzo with the duty of keeping Zaun safe. However, the sudden appearance of Silco (who turns out to be an old rival of Vander) alters the course of events. Following the experiment of the previous episode, Deckard has become a beast.

He takes the life of Benzo as Vi remains a silent spectator. Grayson is soon to follow, and Vander, the vanguard of the city of Zaun, also falls to the ground. While Marcus reminds Silco that the erratic killings were not part of the plan, Silco seemingly has his own plan to turn the city of Zaun into a sinister nightmare.

After witnessing Benzo’s death, Ekko follows Silco and his men to the dock. He comes back to set Vi free. Vi returns to the gang and tells Mylo and Claggor about the death of Benzo and the abduction of Vander. Taking Ekko’s tip into consideration, Vi, Mylo, and Claggor go to rescue Vander. Vi does not want to include Powder in the mission since she does not want to lose Powder.

Meanwhile, we realize that Silco and Vander’s acquaintance goes long back. In the early sequence, a person drops into the water motionless. The person we come to know is Silco, right after a battle with Vander. They address each other as brothers, but they have some unresolved issues of their own. The past struggle has seemingly made Silco feel betrayed. He was still willing to forgive Vander, but then, Vander made peace with the Piltover folks. Now, Silco seeks to feed Vander the same substance that made a monster out of Deckard. 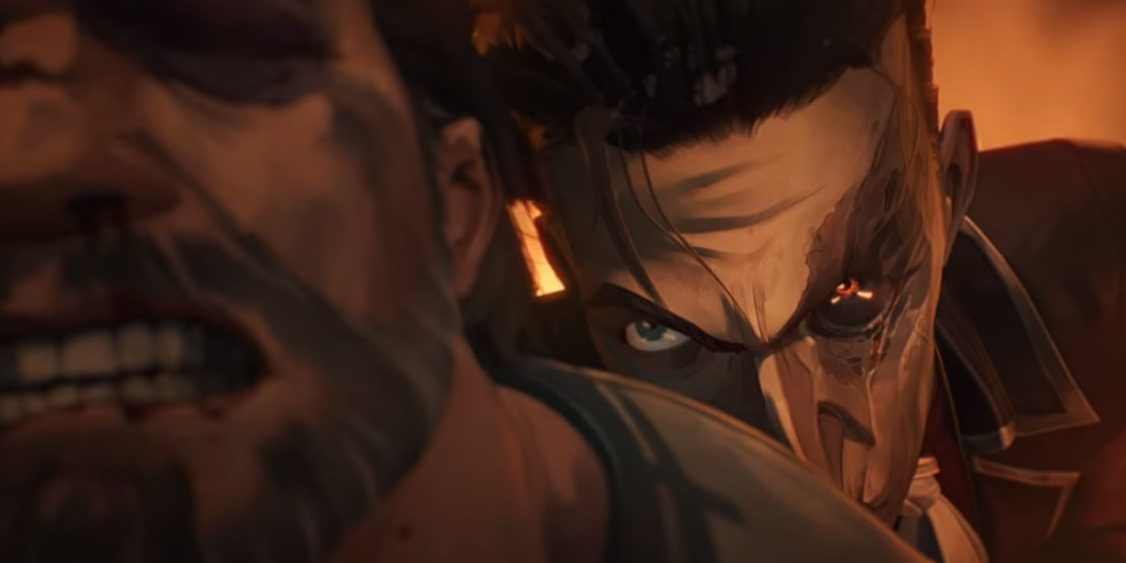 Keeping a window open, Silco arranges a trap for Vander’s unruly gang. They walk right into Silco’s lair, and while Mylo tries to set Vander free, Vi unleashes wrath on Silco’s thugs. However, her powers are inadequate to fight the monster, Deckard. After a few failed attempts, Vi comes back to guard the door of Vander’s cell. Meanwhile, Powder discovers the blue crystals shining. After recollecting their explosive power, she attaches a crystal to her monkey bomb.

Sneaking into the dock-house, Powder sets the bomb up for Deckard. However, the explosion shatters half the building, and Mylo and Claggor die in the scene. Deckard and Silco still stand pretty much unscathed, as the explosive does not yield the desired result. Vandor has some fight left in him, and when Silco throws him off the rails, Vander comes back as a monster (owing to Silco’s substance).

Deckard and Vander have a gruesome fight. When the building is at the brink of another explosion, Vander takes Vi into his laps and jumps out of a window. In effect, Vander is presumably dead. Vi remains alive to find Powder as the orchestrator of the explosion. After Vi’s harsh words, Powder finds consolation in the lap of Silco. We see her first step towards becoming the Jinx.

However, in a show that debunks expectations, Vander’s future can turn out to be yet more tragic than his untimely death. A theory likens Vander’s fate to the ‘League of Legends’ champion Warwick. Silco’s potion presumably increases the human capacity to withstand damage. For example, Powder’s Hextech bomb has little effect on cyborg Deckard. If so, there is a fat chance Vander is alive. Singed (the sidekick of Silco) may come back and save Vander from death. In that case, he will have to face the bane of his chemically altered existence.

Is Jayce’s Experiment A Success?

Jayce and Viktor are deep in theoretical calculations regarding the prospect of Hextech. We have previously seen the destructive potential of Hextech. However, stabilizing the technology can be a daunting task. Viktor manages to stabilize the technology in theory. However, Jayce’s research would be destroyed the next day. 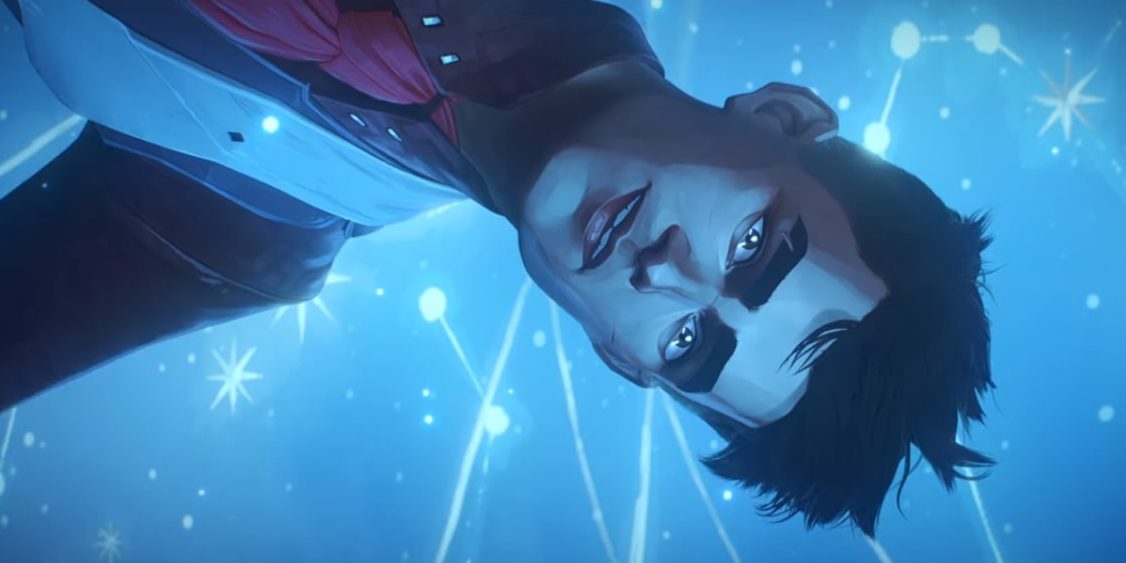 With much conviction, Jayce and Viktor probe into the laboratory of Professor Heimerdinger. Councilor Mel Medarda catches them red-handed in the act, but she is willing to let them have a crack at it. Jayce attaches the Hextech crystal to the modified generator. As Jayce increases the threshold, it creates enough energy to shatter the room’s glass window before putting it back together.

At the same time, Powder sees the crystals in her possession glowing. When professor Heimerdinger comes back to investigate the noise, he is astonished to find Jayce and Viktor levitating. He still thinks that Piltover is not ready for magic, but Councilor Medarda would agree to disagree. With Jayce’s invention, the future of Piltover remains hopeful.