Created by Christian Linke and Alex Yee, ‘Arcane’ is a dynamic and exciting sci-fi animated series. Set in the ‘League of Legends’ universe, the steampunk-colored series serves as a loose prequel to the vastly popular video games. The first episode follows a gang of four, whose spontaneous heist at the prosperous northern city of Piltover ends in a literal explosion.

As they come under the radar of the enforcers, trouble follows them to the underground city of Zaun. On the Piltover side, a mad scientist and his apprentice make a damning discovery. The pilot, named ‘Welcome to the Playground,’ immerses the audiences into a retro-futuristic world of intrigue. If the final moments have given rise to questions in your mind, let us follow them in closer detail, but before that, let us recollect the course of events. SPOILERS AHEAD.

In the first scene, Vi and Powder are rescued from a location of a massacre by Vander. Back in the present, Vi, Claggor, Mylo, and Powder arrange a heist in a collector’s house in Piltover, the posh Northern side of the city. While Mylo toys with a nose hair remover, Powder gets hold of some magical explosives. The owner of the apartment returns, while the gang attempts a daring escape. One of the blue explosives falls from the hands of Powder, exploding half of the building. 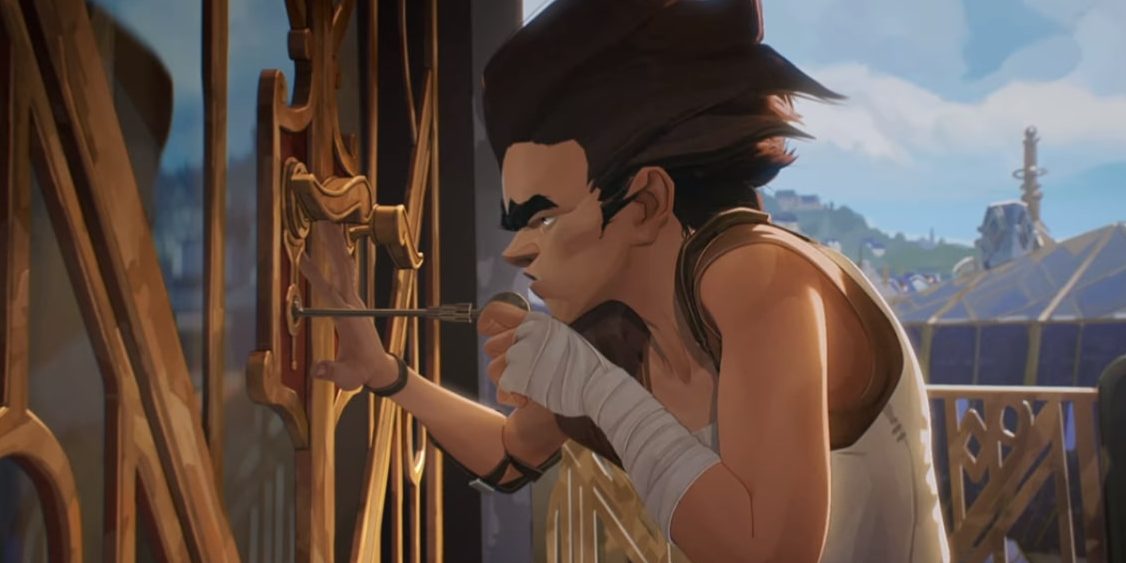 On the way back home, they are attacked by a group of vandals led by Deckard. While Vi unleashes her wrath on the rival gang, a boy chases Powder to the jetty. When cornered, Powder tries Mouser from the inventory of her weapons. She throws the bag of loot into the water. Victorious but without the haul, the party comes back to their paternal leader, Vander, who suggests they should lay low for a while.

They have worked without order, and in turn, have put the lives of the people of Zaun under peril. Vander goes to meet Little Man, the guy from whom Vi got the tip. Meanwhile, a group of two enforcers comes into the ragtag curio shop of Little Man. Ekko overhears the party talking about the explosion in Piltover and the dangers it brings into the underground city. On the other hand, Singed and Silco work hand in hand to create a lethal bio-weapon.

Arcane Season 1 Episode 1 Ending: Is There a War Coming?

Vi and the gang got the collector’s address from curio shop owner Little Man at Bento’s. Vander goes to Bento’s to have a chitchat with the owner. Little Man’s son Ekko is practicing the moves Vi taught him, but meanwhile, he sees two enforcers approaching him. To his astonishment, the enforcers enter the shop. From the periscope installed in the attic, Ekko oversees and overhears the conversation.

The enforcers are investigating the case of the explosion. While the younger bloke, Marcus, is arrogant and demands the name of the troublemakers right away, the older person, Grayson, asks him to wait outside. Grayson apparently knows Vander from earlier. Vander would protect the children with his blood, but Grayson seemingly gives him the ultimatum. He threatens to come back with an army of enforcers if Vander does not give up the perpetrators. 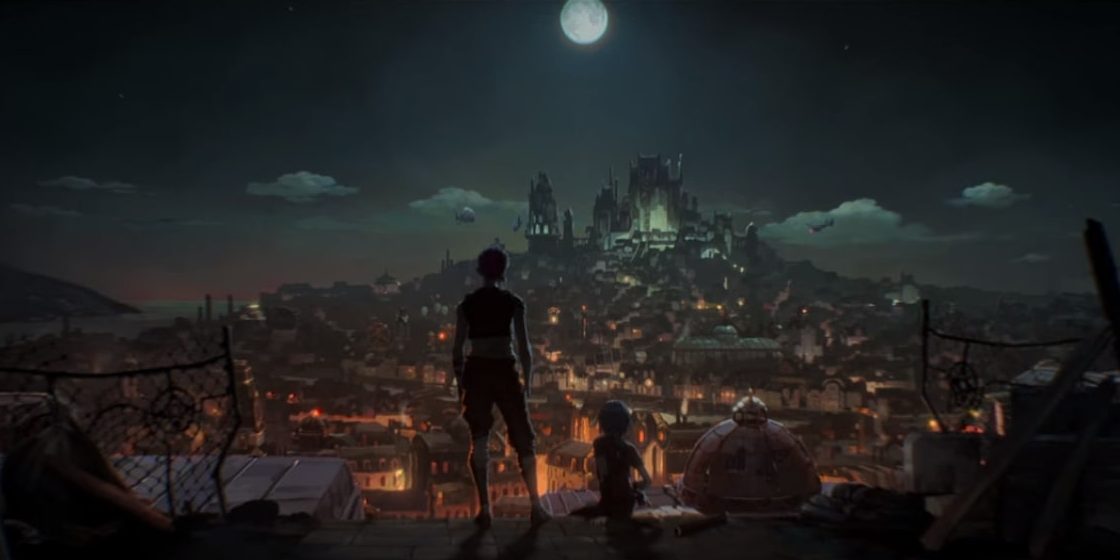 The pilot ends with the impasse, and it seems that the battle between the surface city of Piltover and the underworld of Zaun is imminent. In the games, it appears that Zaun and Piltover were once united but have become separate regions since. The societies are also symbiotic, and Zaun seemingly presents a dark mirror to the bright and prosperous city of Piltover. Zaunites have a rich culture and history, and they would do everything in their power to save their underground wonder from doom.

Does Powder Become Jinx? Are Vi And Powder Sisters?

The first two episodes introduce several champions from the ‘League of Legends’ game, with more to unravel in the future episodes. But right off the bat, we understand that the duo of Powder and Vi form the kernel of the story. In the early scenes, Vander rescues Powder and Vi from the scene of a massacre. Powder is indeed Vi’s sister, which is why Vi is protective of Powder even if she makes mistakes. Powder stands out as the sole protagonist of the story – although she tries her best to fit in, she stands apart from the rest.

The rumor suggests that Powder grows up to be the prankster champion Jinx. Jinx is described in the franchise as a hard-willed menace, with the sole intention of unleashing chaos on the city streets. From blocking streets on Progress Day to moving traffic signals and road markers to random places, she is the master of confusion. The purple hair is a giveaway, but we are yet to see her journey from the tinkerer who is hardly confident in herself to a fearsome wildcard, the notorious agent of destruction. The Chemtech bombs she acquires from the collector’s home is a start.