Are Alyssa and Chris From MAFS Season 14 Still Together? 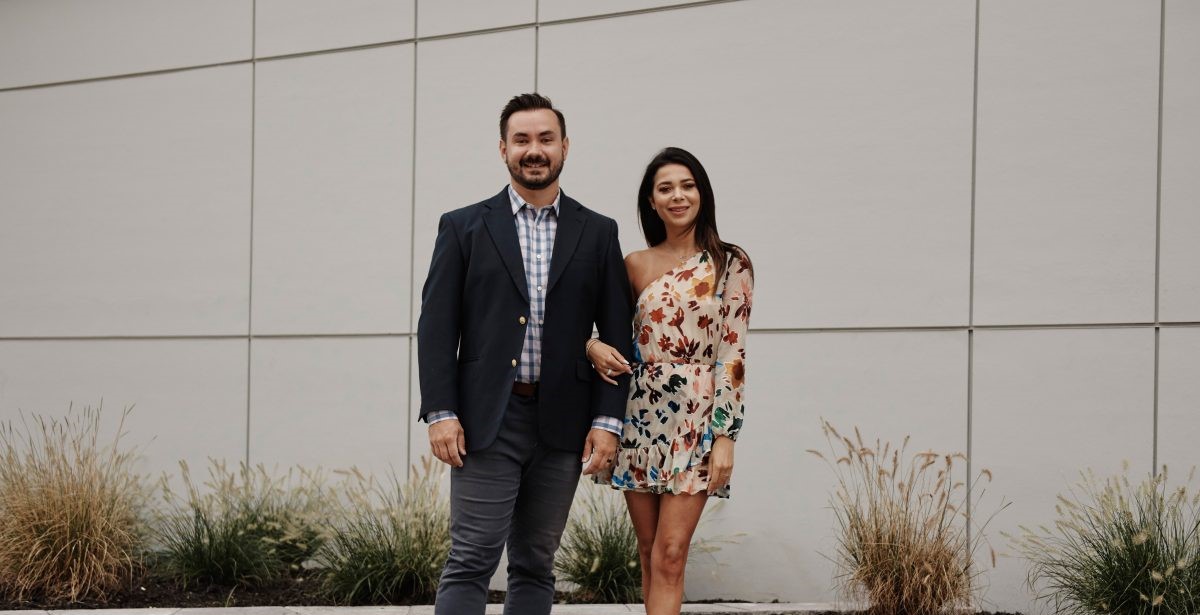 When it comes to unique reality shows, ‘Married at First Sight‘ or ‘MAFS’ is definitely one that should be mentioned. Perhaps the idea of traversing the marriage journey in reverse gear makes it so entertaining for the viewers. Every season, singles who are looking forward to getting married are paired with someone based on the opinions of the relationship experts. On the very first day of their meeting, the intended couple marry each other and then live together while trying to figure out their new spouses.

The unscripted marriage-centric series provides a vast source of entertainment. While some couples do end up finding their happily-ever-after, most have to go through a rocky patch in their marriage. Alyssa Ellman and Chris Collette from season 14 are one such pairing that showcased exactly how dramatic the consequences of such a union can be. Throughout the couple’s presence on the show, their relationship provided the audience with ample entertainment and questions. Naturally, many are curious to know what happened to the two after they wrapped up filming. Well, here’s all we know about the roller-coaster marriage of Alyssa and Chris.

Season 14 of ‘Married at First Sight’ saw Alyssa Ellman, a 30-year-old social media manager from Boston, marry the 35-year-old realtor named Chris Collette. While the series has seen its fair share of disastrous relationships, this marriage might have topped the charts. From the very day of the wedding, the two mixed together like oil and water. Alyssa did not look enthused to be walking down the aisle to meet Chris, something that the then soon-to-husband definitely noticed.

The rest of the marriage followed in a similar vein. During an episode of ‘Married at First Sight: Afterparty,’ Chris revealed that things were even worse off camera when the two went to the city hall to acquire their marriage license. His new wife apparently behaved standoffishly and refused to share her phone number with him. All of that may have been attributed to shyness, but when the officiant asked the newlyweds to consent to the marriage, Alyssa’s attitude towards the relationship became quite clear.

“I said yes,” Chris told Keshia Knight Pulliam, host of ‘Married at First Sight: Afterparty.’ “She sat in silence. She said nothing. She’d already signed the paperwork … but [the officiant] wanted to hear the ‘I do’ and she wouldn’t say it.” Alyssa was also apparently talking to her lawyers during the process and avoided physical interaction. Moreover, Alyssa and Chris made history within the reality series by not spending their wedding night together.

After the tragic start, Alyssa and Chris went on their honeymoon, which was anything but happy. The two constantly fought over several issues. When it came to the subject of moving in together after the honeymoon – something that most couples assume is a given – the two seemed to be on totally different tracks. Though Chris had no issues about moving in with his new partner, Alyssa expressed her discomfort in sharing a living space with Chris.

Alyssa’s suggestion of splitting time in their apartment, with one of them living on their own for weeks, seemed to appease neither Chris nor the show producers. The husband also consulted with his sister regarding the issue, wondering what he could do to resolve it. What happened after such a disastrous start? Were the two able to move past it? Here’s all you need to know!

Are Alyssa and Chris Still Married?

Alyssa Ellman and Chris Collette perhaps had one of the shortest marriages in the history of ‘Married at First Sight.’ The couple’s intended eight-week journey on the show ended after around ten days. After the argument surrounding their living situation, Chris had had enough. “Alyssa, from the wedding night, has no interest in being married to me,” Chris told Pastor Cal, explaining his reasons. “She says that we’re not compatible. She’s used the phrase robbed … And it started the night of the wedding.” “This is my Decision Day,” Chris stated. “I want a divorce.”

Shortly after Chris’ heart-to-heart with Pastor Cal, the couple made their exit from the social experiment. During the reunion episode, Chris mentioned that had he known the extent of what was going on behind his back, he may have left even earlier. The realtor may have been referring to the comments his ex-wife made about him that were filmed and later revealed to him. While Alyssa insisted that she came on the show for the right reasons, she wished she hadn’t said what she did earlier.

Alyssa claimed that while she did not feel attracted to Chris, it was what his’ groomsmen shared with her regarding Chris that made her spiral. She was told that her new husband could come off as condescending, which she considered a major red flag. Alyssa also believed that she and Chris did not necessarily share similar values and interests. However, she had no intention of hurting Chris and regretted her actions.

Despite what Alyssa and Chris believed about each other, the duo is no longer married and has split up for good. Their journey on the show may have been short-lived, but it was glorious nonetheless. The sheer drama and chaos that came from the pair will not be forgotten anytime soon. No matter the outcome, we wish them both the best in their lives and hope they find what they are looking for.