MAFS’ Alyssa Elman and Chris Collette: Everything We Know 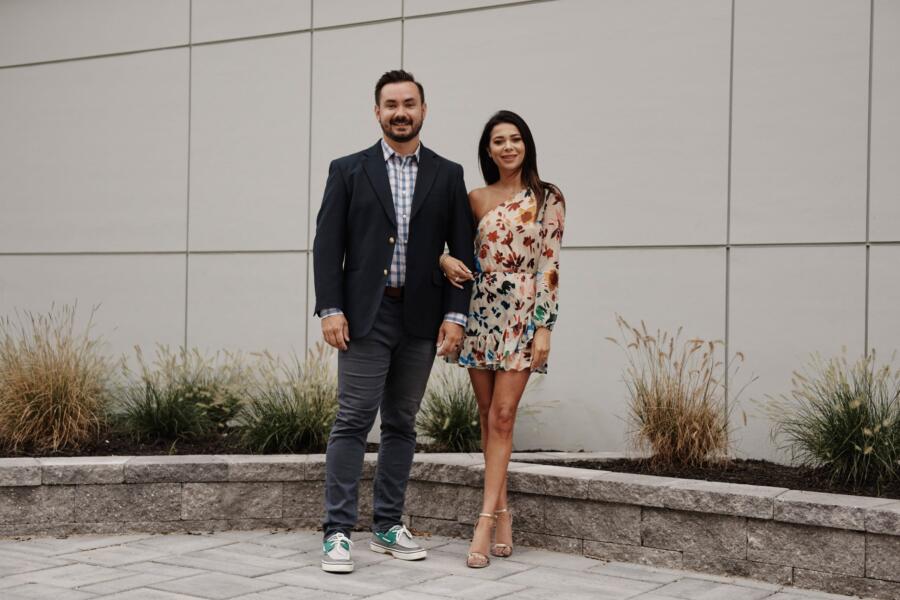 The concept of arranged marriages is not new, but ‘Married at First Sight‘ does take it to a whole new level by asking the complicated question of whether a couple can make things work without even knowing a thing about one another. In simple words, as the title suggests, this Lifetime show follows the journey of those singles who agree to tie the knot after meeting at the altar for the first time in search of true love. It’s a dramatic and challenging process, yet history proves that it can sometimes be worth it.

After all, the singles are paired up by a set of experienced relationship experts who not only know what they’re doing but are also well aware of all the different possibilities. Yes, there are familial clashes and arguments over habits for every couple, but that’s what makes this production so fascinating. Therefore, now that season 14 has been announced, with Alyssa Elman and Chris Collette as one of the five courageous pairings who say “I Do,” let’s find out everything there is to know about them, shall we?

Everything We Know About Alyssa

As a 30-year-old from Boston, Massachusetts, Alyssa Elman seemingly grew up in a safe and healthy environment, which helped her evolve into a passionate and compassionate individual. We don’t particularly know a lot about her parents or even if she has any siblings. But it genuinely appears as if she credits her upbringing for the strong head on her shoulders and her overall charm. Of course, like everyone else, she might have had her struggles along the way, but it doesn’t look like she ever let it stop her.

That’s why, from the day Alyssa realized that she loved all kinds of animals, especially dogs, she decided to devote her life to helping them. In fact, after nearly a decade since she officially began rescuing dogs, she established a non-profit organization in 2021 to support them and her general mission. If there’s any animal at risk near her, she’s always ready to provide aid, no matter how harrowing the case may be. Alyssa is reportedly fighting animal cruelty in unprecedented ways, making her incredibly inspirational.

Unfortunately, because she has been so dedicated to her work, Alyssa didn’t find much time to date. Moreover, her past relationships have usually ended in heartbreak that she didn’t comprehend until it was too late. This probably played a role in her desire to stay single for a while. But now that she’s finally ready to break her streak of bad luck, find her ideal man, and settle down for good, the experts decided that Chris – who rescued a dog towards the end of summer 2021 – would be the perfect fit for her.

Everything We Know About Chris

Born around 1986, Chris Collette is a real estate broker/agent running his own business (Christopher Group) to help people buy, sell, or invest in the perfect properties in Massachusetts and New Hampshire. He seems driven, yet he also looks fun and empathetic, especially considering how much he loves and cares about his family. That much is evident from his social media platforms, which he uses to expand his agency as well as to show off his relationship with his mother and his dog, in particular. Chris is also an investor.

Coming to his romantic involvements, Chris has admittedly been in back-to-back long-term relationships since high school, only to realize that he and his partners weren’t compatible as soon as the honeymoon phase came to an end. Thus, tired of dating apps, he’s ready to find the person whom he can spend the rest of his life with — the honeymoon phase and beyond. The 35-year-old claims to be a hopeless romantic, so he wants nothing more than to have someone who has similar long-term relationship goals as him.