Are Amy and Chris From Little People, Big World Still Together? 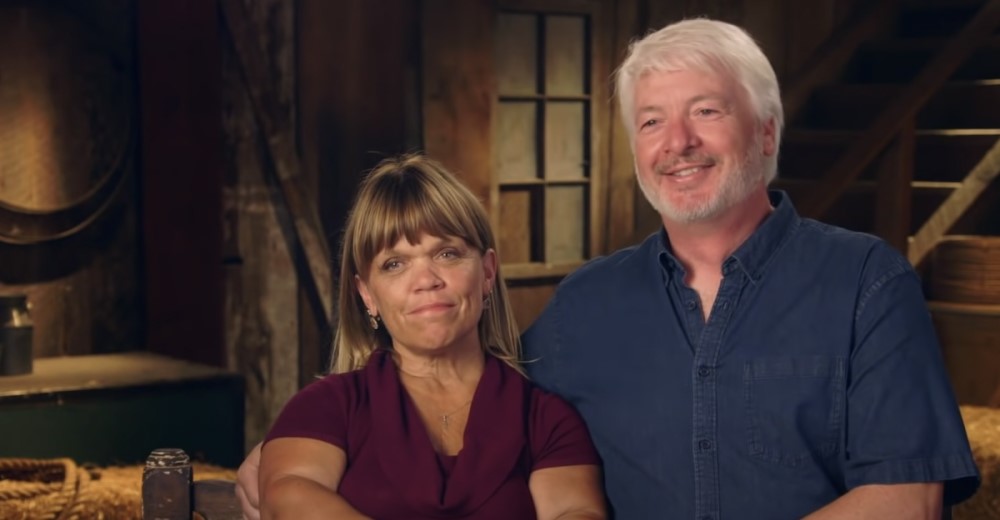 ‘Little People, Big World’ is a reality series that explores the lives of the Roloff family, headed by parents Matthew “Matt” Roloff and Amy Roloff, who have dwarfism. They have four kids – Zachary “Zach” Roloff, Jeremy “Jer” Roloff, Molly “Mol” Roloff, and Jacob “Jake” Roloff – of whom only Zach has dwarfism.

Since the show started in 2006, fans have avidly watched how the Roloffs navigate their lives. Though Matt and Amy were together for a significant chunk of the show, they got divorced in 2016. Later, viewers saw Amy in a romantic relationship with Chris Marek, who got married in August 2021. Naturally, fans are curious to know if Amy and Chris are together and how their journey has been so far. Luckily, we have all the answers you need!

Despite the dynamic between Amy Roloff and her then-husband Matt Roloff, all was apparently not well within their marriage. The two apparently separated in 2014, and the divorce was finalized in May 2016. The split caused many fans distress, who had come to view the Roloff family close to their hearts. However, viewers were soon greeted with Amy’s foray into singledom. During one of the episodes of season 16 that aired in December 2016, Amy described how she met Chris Marek to her daughter Molly.

“I’m having a good time,” Amy said. “You know, I had a couple of pool parties. I had, like, 40 people here. No, I probably had, like, 50 people here. Then this guy Chris that I met, he came to the party too. We got to talking and he invited me to go on a motorcycle ride. Oh, I’m having a ball!” Later in season 17, during a day out with her friends, the mother of four shared how she hadn’t thought she’d ever be in a relationship with someone who does not have dwarfism.

“I just never thought someone who is average size would be interested in me,” Amy admitted. She continued, “I just really want him to never question or doubt the relationship because I’m a little person.” The reality star gushed, “I just have a good time. I have fun with him. I never thought I’d be dating as a grandma, and it’s nice to experience that and be with someone.”

Thanks to social media, fans have been constantly updated on Amy’s happy moments with Chris. Given their strong bond, many can’t help but wonder how things have shaped up for the couple. Are they still together? Well, here’s all you need to know!

Are Amy and Chris Still Married?

Yes, Amy Roloff and Chris Marek are indeed still together. In fact, since the inception of their relationship, the two have grown even closer. Fans were delighted when Chris Marek decided to propose to Amy on September 18, 2019, a day after her birthday. The happy woman could not contain her sheer joy regarding the proposal, which she gladly accepted.

Amy and Chris tied the knot on August 28, 2021, at the Roloff Farms in Hillsboro, Oregon, where Amy once lived with her ex-husband Matt. Since their nuptials, the two have continued sharing life updates over social media. It is evident that the two are happily in love and quite delighted with the opportunity to be able to spend their lives with each other. Given her culinary talent, Amy also shares several of her recipes and food photos on Instagram. Her lucky husband can be seen in several posts, enjoying her delicious cooking with gusto. The reality star also has a website that sells baked goods and aprons.

On January 20, 2022, Amy posted a picture of herself and Chrish on her Instagram, mentioning a date night. The photo was taken before Amy’s trip to Michigan, where she traveled to meet her family and friends. She definitely enjoyed the trip but missed her husband during the time. Her caption for the January post read, “Love him so much and miss him when I’m away.” Such a happy union is one to be cherished, and we wish them all the best for their marriage and future.