Are Anastasia and Alex From Below Deck Together? 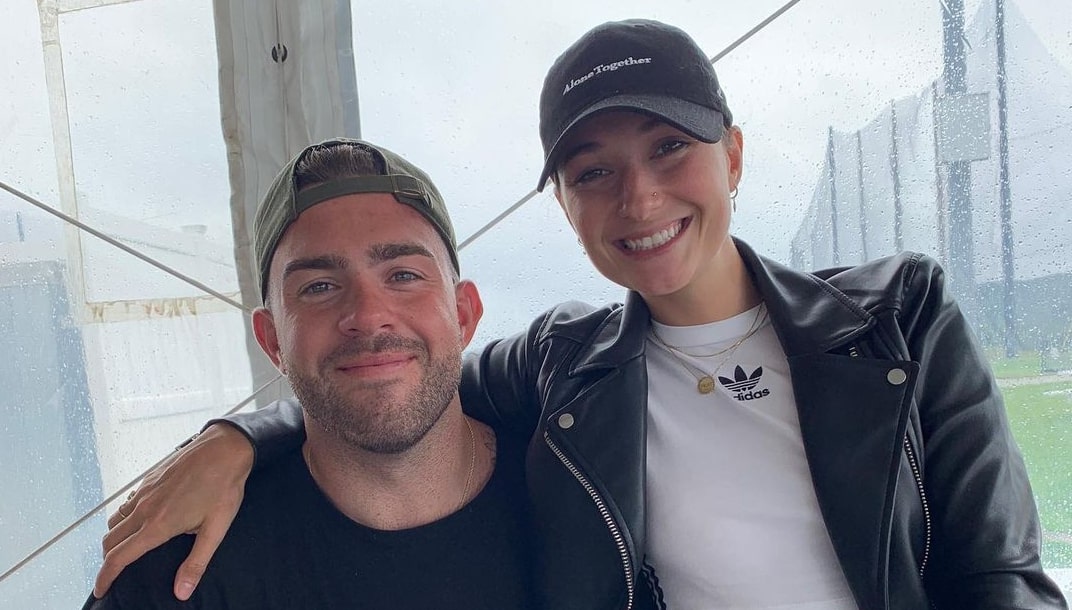 Despite the friendships between “yachties” being positively one of a kind, it’s no secret that their romantic involvements have not always gone over well in the past. Yes, there have been individuals who attempted to break this pattern and even appeared to have succeeded, but the couples rarely stuck for good. That’s why, when speculations about ‘Below Deck Mediterranean’ alums Anastasia Surmava and Alex Radcliffe being together started swirling around, we were genuinely excited to see them work out. But first, let’s find out if they are actually dating at the moment or not, shall we?

What Happened Between Anastasia and Alex?

Anastasia Surmava first came across our screens aboard the Sirocco during the tour of France in season 4, thanks to her evident passion for the yachting industry and cooking. She not only served as both stewardess and chef in a single installment, but she also demonstrated how a strong work ethic and a positive outlook could go a long way. On the other hand, Alex Radcliffe was a year behind Anastasia as he toured Spain with a drastically different crew aboard The Wellington in season 5. His confidence was at the front and center of his journey, but he never met Anastasia on the waters.

In fact, Anastasia and Alex only started to talk after she direct messaged him (and a few other cast members from his season) through social media to offer her support and welcome them into the ‘Below Deck Mediterranean’ family. From there, they began hanging out and posted a few images on their public profiles, eventually leading to dating rumors. After all, around Christmas 2020, they looked extremely cozy together in festive outfits in one of Anastasia’s posts. She was holding mistletoe over their heads and was seemingly attempting to kiss Alex while he looked away.

Are Anastasia and Alex Together?

Anastasia Surmava and Alex Radcliffe are not at all together; they actually consider themselves to be like siblings because they grew close with the help of brutally honest and weird conversations. In mid-January 2021, the Republic of Georgia native iterated the same through a birthday post she made for Alex. “When I slide into your dm’s, I had no idea it was going to flourish into such a candid, hilarious, raunchy, fucked up friendship… but boy am I happy it did,” she penned, adding, “And for everyone who is curious… no we’re not dating… and no we never banged. We’re just a couple creatures who have found comfort in each others vices 😂🔥🤠.”

Moreover, and more importantly, even though Anastasia and Alex appear on ‘Below Deck Galley Talk’ together, they seem to be in genuinely happy relationships with other people. She is dating model Will Higginson, and he’s involved with Marissa Sweet, and they both constantly share loved-up pictures with their respective partners to make it known that they’re perfectly content with where they are today.

The fact that Anastasia and Alex’s captions on social media posts are a mix of adorable and funny just proves that further. For instance, while Anastasia once wrote, “All I need in this life of sin is me and my future kitty daddy boyfriend 🐱❤️‍🔥” for Will, Alex penned, “Golfing with a 🐥 in 2021 isn’t frowned upon,” in reference to his girlfriend, Marissa.