Are Jake and Fraser From Below Deck Together?

With flirtations, makeout sessions, and three-way entanglements, there’s absolutely no denying that season 9 of ‘Below Deck’ is downright steamy. After all, the latest crew of My Seanna is not only loud and proud about who they are, but they also seem to be simply bourbon-fueled during their downtime. That, of course, is leading to a few different connections being formed, with the most intriguing one occurring between Deckhand-turned-Bosun Jake Foulger and Second Steward Fraser Olender. So now, if you wish to know if they are together, we’ve got the details for you.

What Happened Between Jake and Fraser?

As a sex therapist from London, Jake Foulger has candidly conceded that although he’s not gay or bisexual, he is sexually comfortable. Hence, the fact that he locked lips with fellow deckhand Rayna Lindsey after their first charter and later shared a three-way kiss with her and Fraser Olender came as no surprise. What was shocking was Jake’s revelation of being an engaged male set to be married to a woman named Paris. But Jake explained that he’s not monogamous because she’s not his partner, insisting, “She’s my mate. She needs a British passport.” 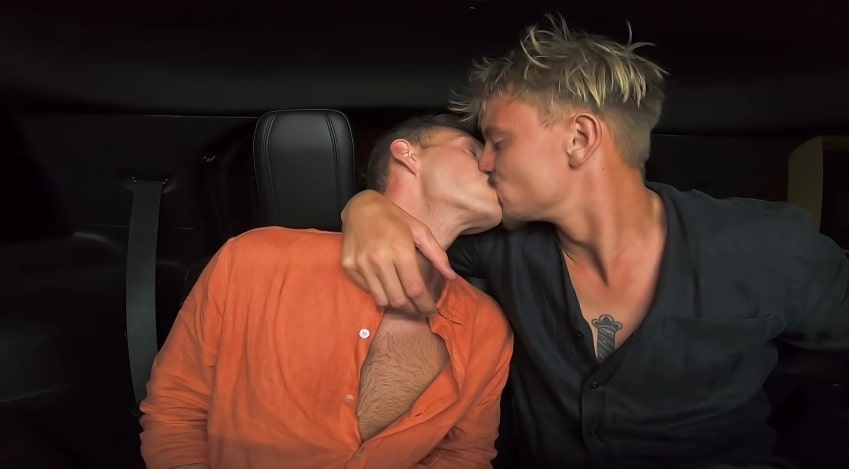 In the sixth episode of season 9, once a naked Jake jumped into a hotel pool after a usual crew dinner, Fraser (in his underwear) followed for some innocent fun. Yet, their dynamic changed on the car ride back to the yacht as the drunk duo got into a heavy makeout session that neither remembered the next morning.

When reminded, Jake appeared merely amused by their antics, whereas Fraser freaked out because he didn’t want to risk their friendship. He further called the act “stupid” and stated, “Jake is straight, and now he possibly thinks I’m into him, which is awful and potentially very uncomfortable for him…On the inside, I’m crumbling.”

Are Jake and Fraser Together?

Despite Fraser’s mortification concerning what transpired, it seems like he and Jake continued to bond on board for the rest of the installment. In fact, during an interview in November 2021, Fraser admitted that they did get to know each other while being “extremely flirtatious,” which is something they’re still doing. Fraser essentially confirmed that not only is he keeping in touch with Jake but that their relationship goes beyond a mere friendship. Furthermore, he declared that the latter is in his heart and will stay in it for as long as he can picture the future because Jake’s wit and “wonderful personality” warranted nothing less.

As if all that isn’t enough, Jack and Fraser’s social media platforms are proof of their continued strong connection as well. They haven’t explicitly confirmed or denied a romantic involvement as yet, but that hasn’t stopped them from showing off the fact that they are an integral part of one another’s life now. As seen above, that much is apparent from one of Jake’s recent Instagram posts with Fraser, which he has captioned “Me and Princess 🖤.” To this, Fraser has replied, “My man 🇬🇧🎩🥂,” in the comments.

Read More: Are Anastasia and Alex From Below Deck Together?