Are Andrei and Libby From 90 Day Fiancé Still Together? 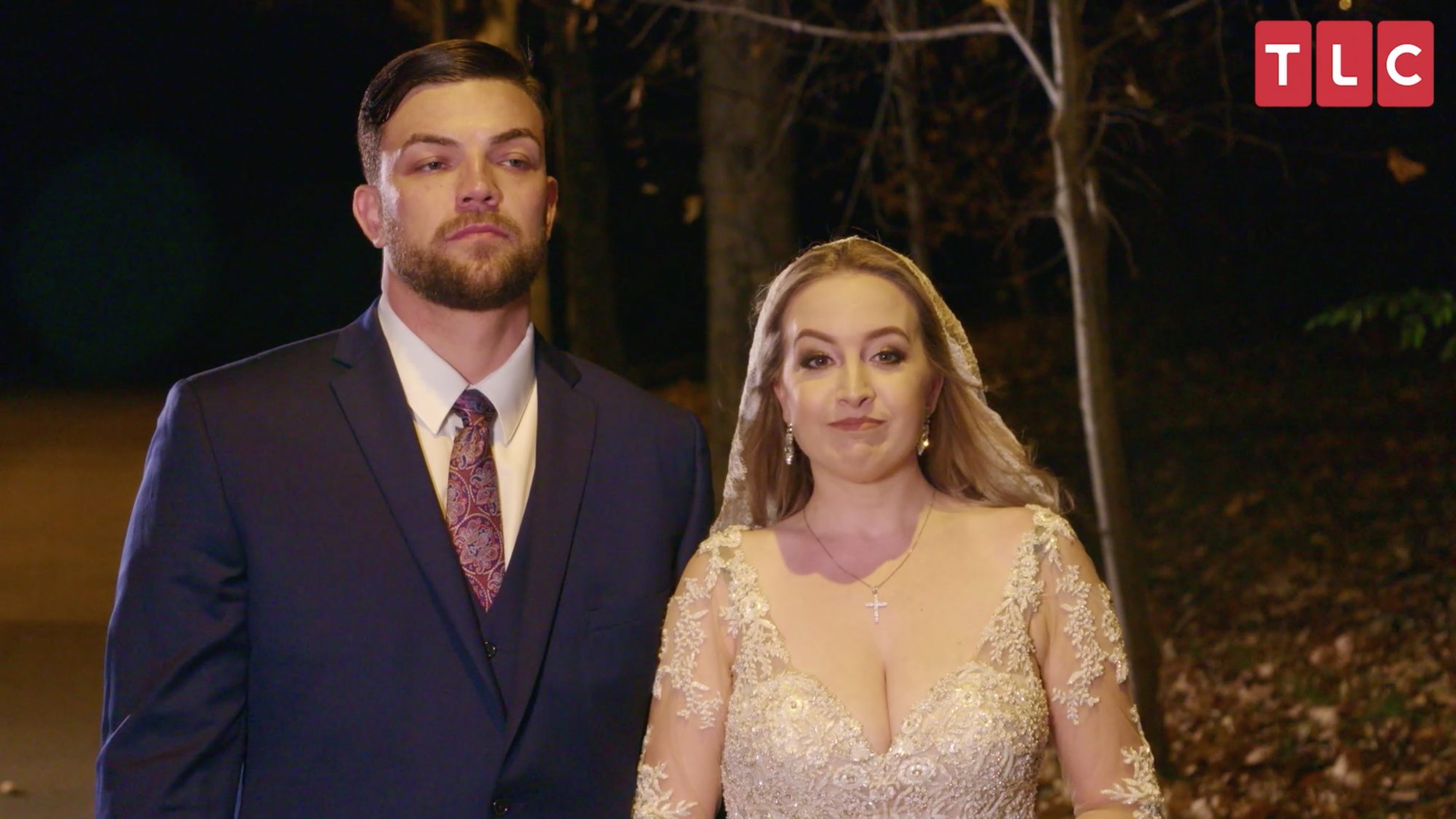 TLC’s ’90 Day Fiancé’ captures the lives of United States citizens who are engaged to their cross-border partners. The foreign nationals come over to the United States on a K-1 visa, allowing them only 90 days to tie the knot. It is interesting to see how each couple navigates through their relationship as different cultures, lifestyles, and habits clash. The battle between individuality and compromise gets even more thrilling with the added pressure of the limited time.

Andrei Castravet and Elizabeth Potthast first appeared on season 5 of the show. Elizabeth (Libby), originally from Tampa, Florida, met Moldovan native Andrei while vacationing in Dublin, Ireland. The couple has been through some pretty choppy waters and appeared on a few ’90 Day’ spin-offs. With fans now unsure about the couple’s present status, they must be eager to know if Andrei and Libby are still together. Well, we come bearing answers.

Florida native Elizabeth “Libby” Potthast, was on a trip in Ireland when she came across Andrei on a dating app. Although Andrei was based in Dublin, he originally hails from Moldova and had traveled to Ireland for better job opportunities. When the couple first met, Andrei served as a bouncer. The pair soon found mutual attraction and began dating. Once back in the States, Libby kept up a long-distance relationship with Andrei. Then on a trip the couple took to Sicily, Andrei finally popped the question, and Libby accepted. 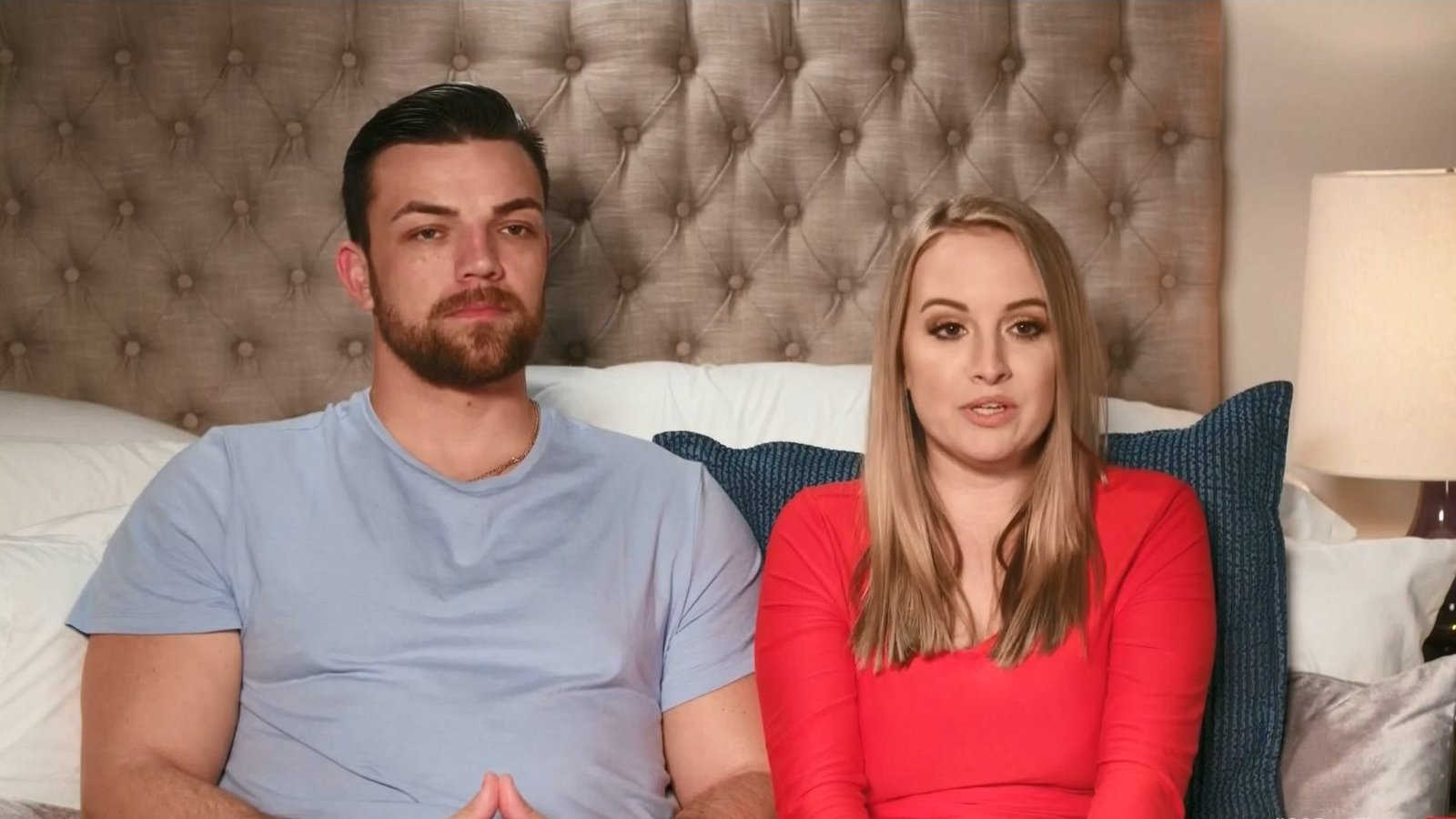 Unfortunately, Libby’s family was not accepting of Andrei. They had apprehensions about his past and even worried if he would manage to find a job in the United States. Libby’s family was completely against Andrei coming over on a K-1 visa. However, Libby went against her family’s wishes and brought Andrei over as her fiancé. Once in the United States, the couple, especially Andrei, faced even more resentment from Libby’s family. They constantly reminded him of his unemployed status and asked him about his past, which Andrei did not like. 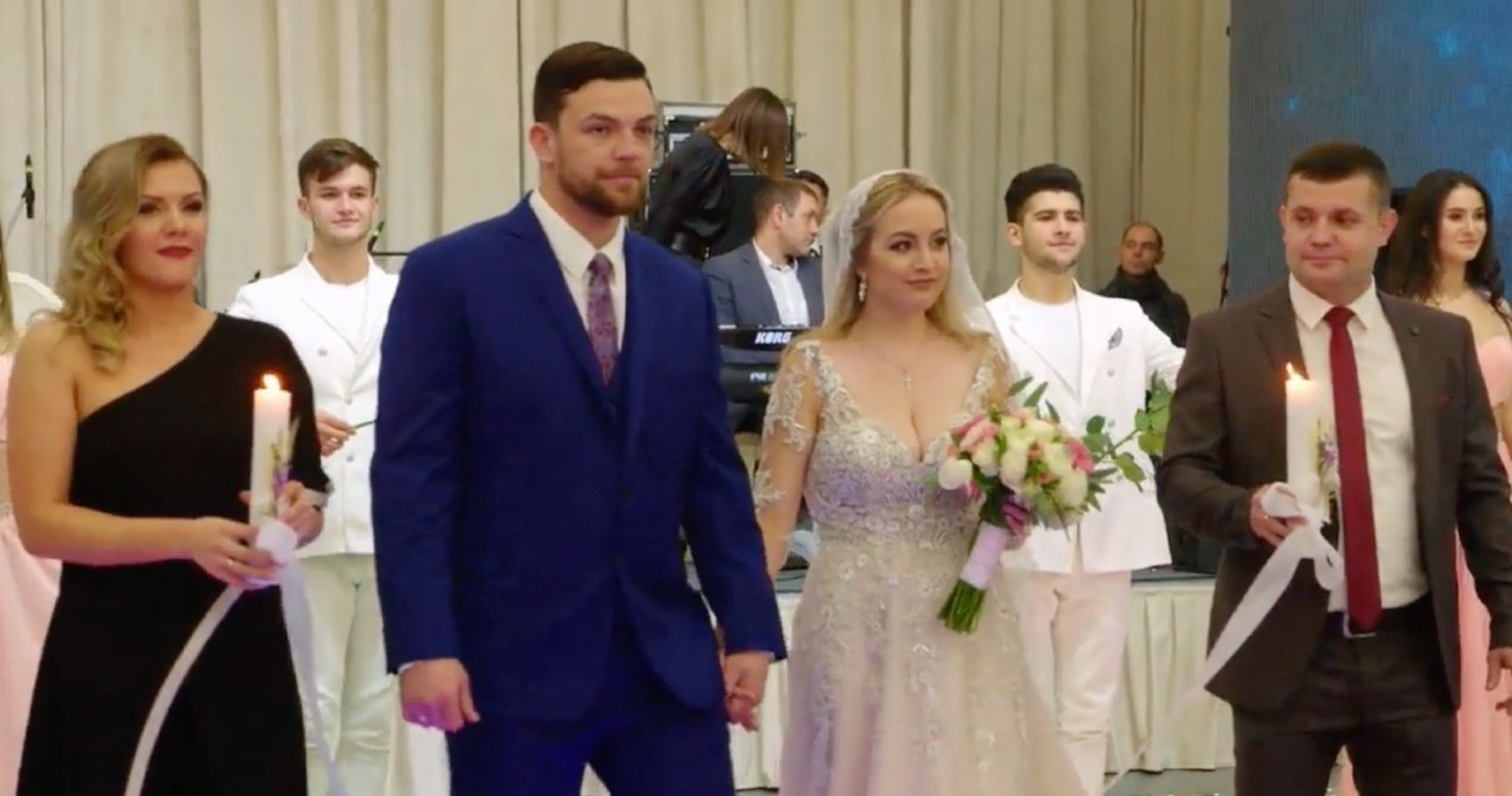 Furthermore, the couple had problems of their own as well. They sometimes did not see eye to eye on things which would lead to minor altercations and quarrels. With issues in their personal life as well as an unaccepting family, it seemed like the couple would have to separate. However, Libby and Andrei surprised each other when they rose above all odds and tied the knot in 2017 in a gorgeous ceremony in Florida.

Are Andrei and Libby Still Together?

Yes, Andrei and Libby are still going strong, although they have had to navigate through some severely rough waters in their relationship. A few months after their marriage, Libby got pregnant with the couple’s first baby. Andrei still did not have a job at that time which led to further disapproval from Libby’s Family. After their daughter Eleanor was born in January 2019, Andrei expressed his desire to have a second marriage in Moldova. 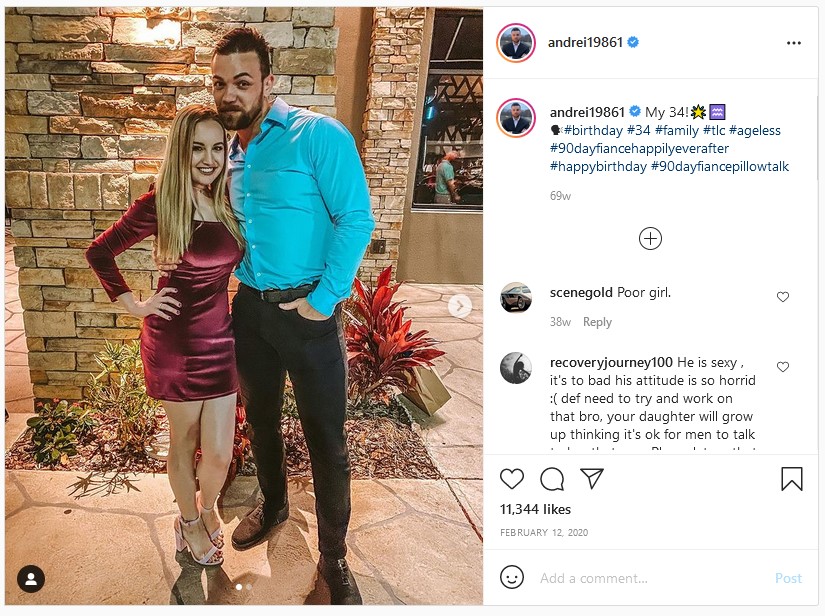 Even though Andrei arranged a lavish wedding in Moldova, he did not have the ability to finance it and instead chose to ask Libby’s father, Chuck, for help. Chuck agreed to help fund the wedding on the condition that all of Libby’s family would get to attend it. Meanwhile, Andrei made a startling revelation to Libby when he talked about his past in Moldova. He claimed that he had a career in law enforcement in his native country but was forced to flee because of some corrupt officials. The revelation got Libby unhappy as she was not informed of this earlier. 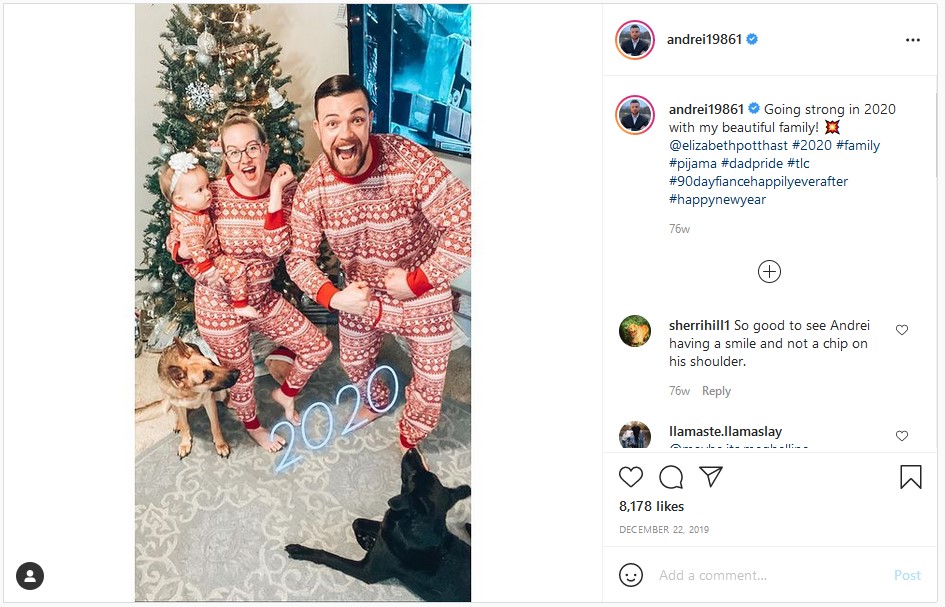 Once in Moldova, Libby’s family did not behave well with Andrei’s family. Libby’s family kept asking hurting questions about Andrei’s past, even hinting that he might have had a criminal background, leading to a physical altercation between Andrei and Libby’s brother, Charlie. Charlie, unwilling to stand down in the fight, insulted Andrei at his wedding reception, where he claimed that Andrei was using Libby just for her money.

Once back in the United States, Andrei was still unable to find a job. Furthermore, trouble brewed between the couple as Andrei was of the mindset that he would just have to hold a job while Libby would manage the family, hold a job as well as take care of their baby. Naturally, this did not sit well with Libby, who tried to make Andrei see things differently. Willing to find employment, Andrei decided to ask Libby’s father for a loan to start his real estate business. (He had already gotten his real estate license by then). 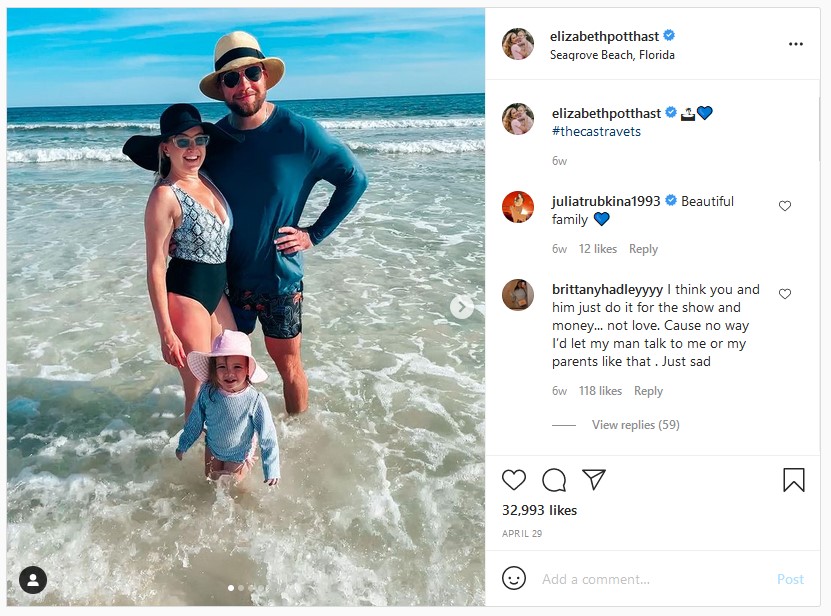 Chuck refused to loan Andrei the money but instead offered him work at his own real estate business, which Andrei accepted. In this massive feud, the only silver lining was that Libby was always supportive of her husband and took his side in the altercations against her family. The couple managed to work out their issues together and seemed happy when just on their own. Even when Libby’s siblings accused Andrei of taking advantage of Chuck, Libby stuck by her husband and supported him.

On the other hand, Andrei, unwilling to take any more insult, threatened to reveal shocking information about the Potthast siblings, which Libby further supported. While fighting for her husband, Libby even got into physical altercations with her family, as was showcased on the family’s Yacht trip. Throughout his relationship, Andrei has received flak for being rude to his wife. However, when it comes to the couple’s married life, they seem to be blissfully happy with each other. Their social media profiles are chock-full of their beautiful memories and stand as a fine testimony to their love for each other.

Over the years, the duo faced several controversies, including when they were accused of faking fights for the show and when Libby opened her OnlyFans account. However, they have never let the controversies get to them. The happy couple loves spending time with their daughter and has embraced parenthood really well. It is truly inspiring to see how dedicated and committed Andrei and Libby remain throughout the numerous altercations and drama they face almost every day. Their love truly shines on as a beacon of hope, and we wish nothing but happiness for the couple in the years to come.

Read More: Are Robert Springs and Anny Francisco From 90 Day Fiancé Still Together?