Are Angela and Michael From 90 Day Fiance Still Together?

The popularity of TLC’s ‘90 Day Fiance‘ led to several exciting spinoffs, including ’90 Day Fiance: Happily Ever After.’ As the name suggests, the latter revolves around cross-border couples who have managed to iron out their issues and tie the knot. However, married life brings new problems, and while cameras document their everyday lives, we witness how each pair tries hard to make their marriage work.

Angela Deem and Michael Ilesanmi have been navigating a rough road since they met. Fans hoped the issues would die down once they tied the knot, yet it was not to be, and the couple found themselves in a public rift on social media. Nevertheless, as the pair share an on-again-off-again relationship, viewers are curious to know if the two have managed to reconcile. Well, let’s find out if Angela and Michael are still together, shall we?

From the beginning, Angela and Michael seemed unable to trust each other and were constantly at odds. They failed to communicate appropriately and would quarrel over minor issues. Nevertheless, despite fans speculating that the two would not last, they stuck together and married in a beautiful ceremony in Michael’s home country, Nigeria. Sadly, that was just the start of their problems, as even though Angela returned to the United States and filed for her husband’s visa, it got delayed due to the Covid-19 pandemic. 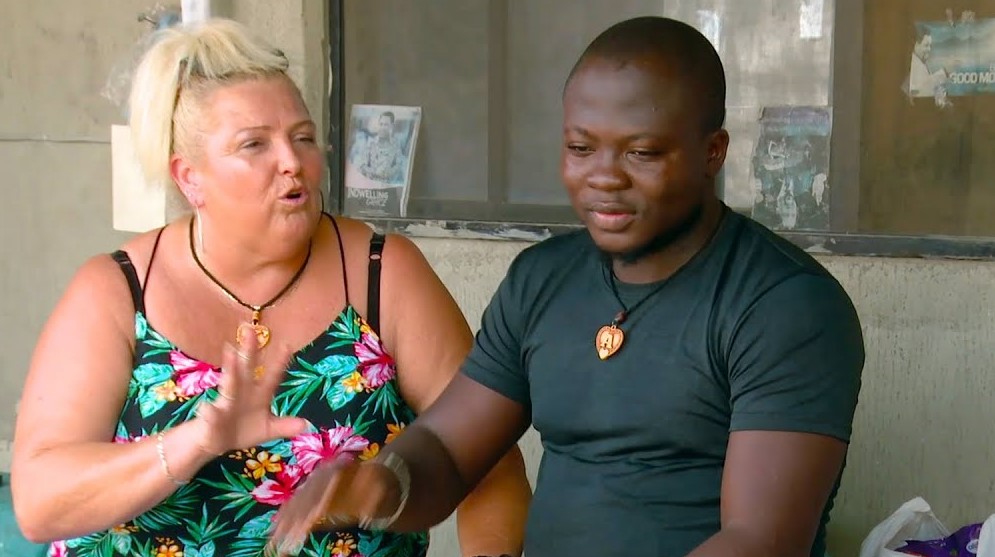 Unfortunately, the physical distance drove a wedge between the couple, and they got into a massive altercation during the ’90 Day Fiance’ season 6 tell-all. In the episode, Michael’s family claimed that Angela should have tried for a baby instead of undertaking weight loss and plastic surgery procedures. Despite the latter taking these attacks personally, the Nigerian native managed to diffuse the situation and get their marriage back on track.

Regardless, the issues persisted, and breakup rumors began swirling in early 2022. Angela mentioned that she often sent Michael money for groceries and bill payments, but his demands increased daily. Moreover, she even stated that he asked her for some cash around Christmas in 2021, and once she refused, he retaliated by re-activating his Instagram account.

Readers should note that since Angela and Michael got together, they have been using a single social media account; hence, she found his retaliation quite hurtful. On top of it, Angela was livid when he asked for $5000 to deactivate the account, and the two engaged in a shouting match over a video call.

Are Angela Deem and Michael Ilesanmi Still Together?

Unfortunately, as things currently stand, it looks like Angela and Michael have had a fallout. Interestingly, the couple has always used a single Instagram account for both of them, yet presently, the US resident has taken control of the account, and apart from changing the username to her name, she has deleted the pictures they had together. On the other hand, Michael was spotted in the company of his ’90 Day’ co-star, Usman Umar, aka Sojaboy, whom Angela did not get along with.

Besides, in a now-deleted Instagram story, Sojaboy even called Angela a “scammer” and accused her of using Michael’s money. Apart from the very public social media feud, the couple has rarely interacted in public recently, and there have been speculations about Angela talking to a new man named Billy. Albeit, readers must note that nothing is confirmed as of yet, and while only time can reveal what is going on with Angela and Michael, we can safely assume that their relationship is going through a rough patch once again.

Read More: Are Veronica and Tim From 90 Day Fiancé Still Together?