Are Anna and Christine From Bling Empire Friends Now?

Netflix’s ‘Bling Empire‘ is an intriguing reality show that takes the audience through the incredible and fascinating life of several affluent Asian Americans living in Los Angeles. While cameras follow these individuals around every waking minute, we get to witness exclusive snippets from the lives of the rich and famous. Furthermore, to top it off, the show also promises a healthy dose of romance and unadulterated drama, making things even more exciting.

Interestingly, the feud between the two socialites, Anna Shay and Christine Chiu, has been a major point of discussion among their friends and fans since season 1 of ‘Bling Empire.’ While a simple necklace mishap started the argument, it worsened throughout the show’s runtime, making fans question whether the two remained friends. Let’s find out, shall we?

Being the eldest of all cast members, Anna Shay’s current net worth sits at about $600 million. Yet, she revealed that she did not have to work even for a day in her life. Born to Edward Shay, the founder of defense and government services contractor Pacific Architects and Engineers, Anna has a comfortable life enveloped in luxury. She even mentioned that her first paycheck came from her appearance on ‘Bling Empire,’ and she had no idea what to do with it. 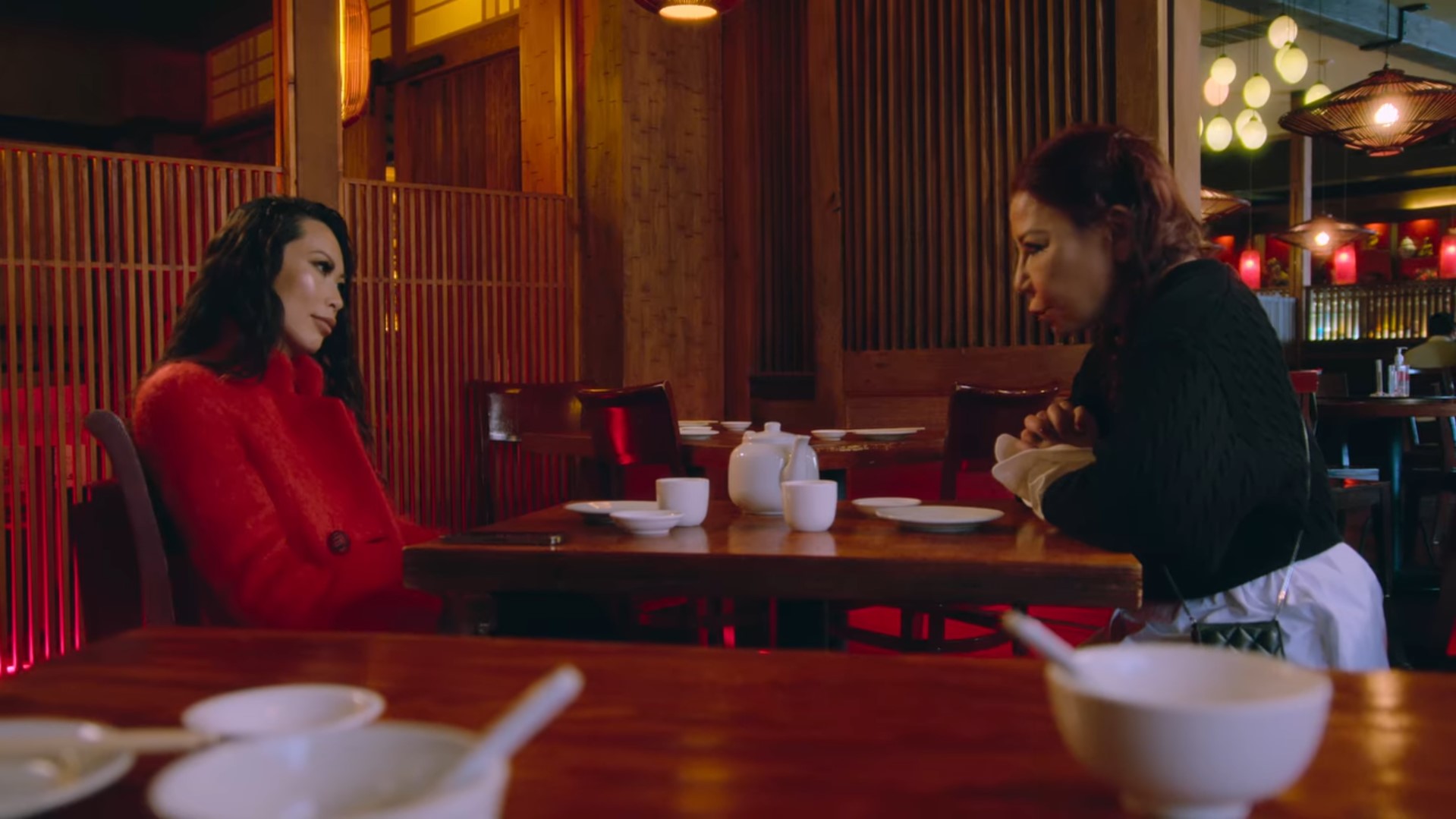 On the other hand, Christine Chiu is a successful entrepreneur who is the co-founder of Beverly Hills Plastic Surgery, its interconnected spa, and the Regenerative Medicine Aesthetic Institute. Furthermore, apart from being a couture collector with world-famous designs, Christine works as a social media influencer and is known for her incredible philanthropic contributions. Interestingly, Anna and Christine are both socialites who move around the same social circles in Los Angeles.

However, they got off on the wrong foot back in season 1 when Christine wore a piece of high jewelry that had a design somewhat similar to one Anna owns. As she wore the necklace to Anna’s party, the latter took offense at the move and appeared to feel quite insulted. Thus, willing to pay Christine back in her own kind, Anna seated her at the very end of the table. Although Christine later mentioned that she could not be bothered with such trivial drama, the experience left a bitter taste in both women’s mouths and sowed the seeds of a feud in their minds.

Later on, in the same season, the two clashed over their opinions regarding the oldest French jewelry brand, and their connection seemed to be on the decline since then. After filming for season 1 wrapped up, Christine divulged that Anna did invite her to her birthday party and even treated her to a wonderful meal at the Hotel Bel-Air. Moreover, upon being asked, the entrepreneur clarified that she wanted to forget the petty feud and focus on whatever was important.

Anna, too, seemed to mirror Christine’s views, and for a moment, it seemed like both the ‘Bling Empire’ queens would be able to co-exist peacefully. However, as fate would have it, things turned sour in the middle of season 2 when Kane approached Anna and claimed that Christine heard from a source that Anna wanted to end her. The rumor spread far and wide, and Anna realized that she had to address the matter before it got out of hand.

Both Anna and Christine are pretty private regarding their personal lives, but current developments indicate they have maintained a cordial relationship. Towards the end of season 2, both women met at a restaurant and decided to talk out their issues. Although Christine refused to reveal her source, she stated that Kane should not have gone around spreading the rumor everywhere. Thus, while Anna was not able to completely win Christine over, she convinced the entrepreneur to talk to Kane in an effort to halt the gossip in its tracks.

Since filming for season 2 concluded, Anna and Christine have not addressed the status of their relationship in the public sphere. They do follow each other on social media but barely interact online and are busy leading independent lives. Although there is no indication about the continuity of their feud, considering how the two left things off at the end of season 2 and their lack of interaction, we can infer that they maintain an amiable bond to this day.