Are Ashley Jones and Ronnie Adams Together in Swamp People? 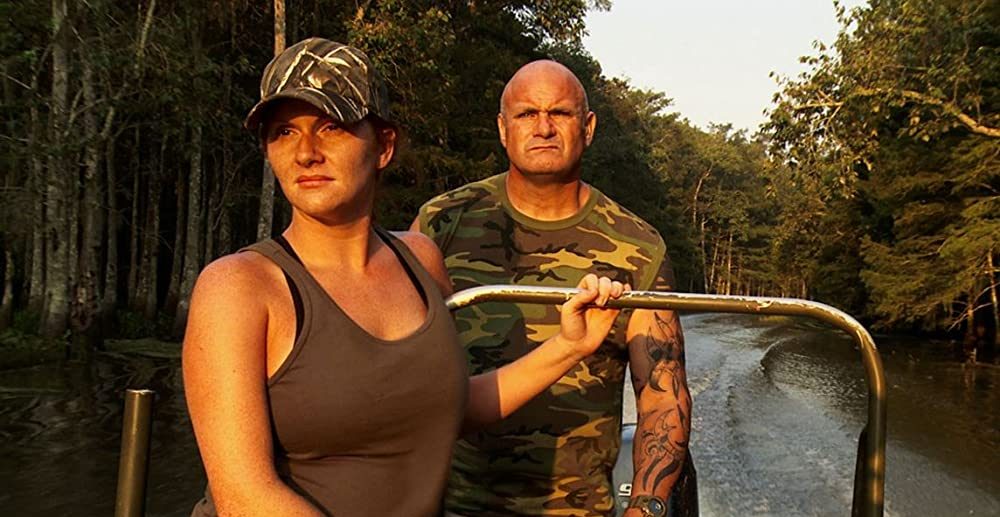 In the 18th century, hundreds of French-Canadian refugees came over to the US and settled down in the nation’s largest swamp in Louisiana. History Channel’s ‘Swamp People‘ revolves around their descendants and showcases how everyday life in such a treacherous territory differs vastly from those of other US citizens. It puts the focus on Louisiana’s alligator hunting season through the eyes of various crews.

Since its debut in 2010, the show has spawned several seasons. Naturally, fans have taken a personal interest in the lives of most cast members. Thus, with speculations about Ashley Jones and Ronnie Adams’ supposed romance doing the rounds, we decided to jump in and find out the truth.

Are Ashley Jones and Ronnie Adams Together in Swamp People?

With Ashley and Ronnie being a team on ‘Swamp People,’ we can understand why many tend to believe they are together. Besides, the two have excellent communication, brilliant hunting skills, and outstanding chemistry, which contributes heavily to the success they found on the show. However, we are sorry to report that Ashley and Ronnie have always been just friends. In fact, as a symbol of their friendship, Ronnie affectionately calls Ashley “Che,” which, according to the former, is just a way of saying “Hey” to a friend.

Reports suggest that it was Ronnie who first introduced Ashley to ‘Swamp People.’ He noticed Ashley’s incredible shooting skills, which earned her the nickname “Dead Eye.” Considering her to be an asset, Ronnie welcomed her onboard his alligator hunting crew. Since then, their friendship has never wavered. Their bond passed several milestones before blossoming into an incredible partnership that saw Ashley and Ronnie leading their own hunting crew.

Although Ronnie and Ashley are known for their excellent on-screen alliance, the two have built beautiful lives with their respective significant others in actuality. Ashley is in a happy marriage to Chad Jones, an attorney who runs his own law firm in Ridgeland, Mississippi. The couple shares three children and seems to be quite into the outdoorsy lifestyle. Speaking about her past, Ashley mentioned how her husband introduced her to hunting when she fell into depression following a miscarriage. It soon became her favorite activity and ended up being the main reason behind the fame she has earned today.

On the other hand, Ronnie’s wonderful family comprises his three kids and the love of his life, Jen Smith (pictured above). Jen and Ronnie reportedly got engaged in 2019. Although the two appear to have tied the knot, they have kept the details surrounding it under wraps. The two are pretty open about their relationship and often express their love for each other on social media, where Jen refers to herself as “Swamp Wife Jen.” Thus, with both Ronnie and Ashley confirmed to be leading blissful lives with their respective families, fans can rest assured that they are nothing more than good friends.

Read More: Who is Pickle on Swamp People? Is Pickle Related to Troy Landry?