Are Brad and Britni From The Challenge Still Together? 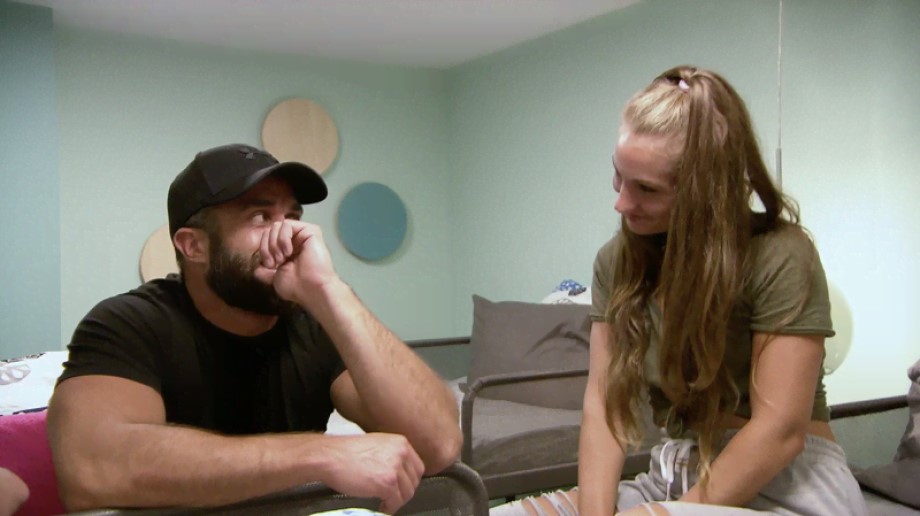 Created by Mary-Ellis Bunim and Jonathan Murray, ‘The Challenge‘ is a reality series that features contestants from ‘The Real World’ and ‘Road Rules,’ as well as some fresh faces, who compete in various extreme challenges to be safe from elimination. Those who reach the final stage and complete the daring challenges are declared winners and awarded a large sum of money. Given the length of the show, several contestants often end up forming strong bonds with each other, whether platonic or romantic.

Season 31 of the reality series titled ‘The Challenge: Vendettas’ saw Brad Fiorenza and Britni Thornton become a couple thanks to the time they spent together filming. ‘The Challenge: All Stars’ featured Brad’s comeback in the franchise and sparked a renewed interest in him and his bond with Britni. Are the two still together, or have they separated? Well, here’s everything you need to know.

Brad and Britni’s The Challenge Journey

After graduating from Lewis University with an accounting degree, Brad Fiorenza appeared on ‘The Real World: San Diego’ in 2004. Hailing from Chicago, Illinois, Brad told MTV that he liked extreme sports and motorcycles. After the show ended, he went on to be a part of several seasons of ‘The Challenge.’ In addition, Brad won the show’s 20th installment, titled ‘The Challenge: Cutthroat,’ and took home $75,000. He met Tori Hall in 2008 during ‘Real World/Road Rules Challenge: The Gauntlet III.’ The two fell in love and tied the knot in 2010. However, things didn’t work out, and they divorced in 2016.

Britni Thornton from Augusta, Georgia, first appeared in season 3 of ‘Are You the One?’ As a part of the dating series, producers use a matchmaking algorithm to pair the contestants, who then have to find who they were matched with as the season progresses. Britni went on to be a part of ‘The Challenge XXX: Dirty 30,’ the thirtieth season of the series. Brad and Britni grew closer during the filming of season 31 in September 2017. At the time, Brad was moving on from his marriage with Tori Hall, which formally ended in 2016. They soon began dating, much to the delight of the viewers.

Brad and Britni returned in season 32 of the reality series titled ‘The Challenge: Final Reckoning.’ However, things became quite twisted when Britni’s partner for the show turned out to be none other than Charles “Chuck” Mowery. Both Britni and Chuck were a part of ‘Are You the One?’ season 3. The two even dated for almost five years after the show was over. Within the first episode, they were eliminated and sent to the Redemption House.

Brad was seemingly uncomfortable seeing the former couple interact with one another again. Moreover, it did not help that Paulie Calafiore lied to him that Britni and Chuck slept with each other while in the Redemption House. This left Brad quite confused about what to feel about the whole situation. So, were he and Britni able to move past the conflict? Let’s find out.

Are Brad and Britni Still Together?

No, Brad and Britni are not together anymore. The couple parted ways almost a year into their relationship, following their time on ‘The Challenge: Final Reckoning.’ Brad shared the news of their split to fans in August 2018 on Twitter. Britni confirmed the same on the ‘Challenge Mania‘ podcast. “We’ve recently come to an agreement that it would be best for both of us kind of focus on our own personal lives,” she explained. “He still has so many loose ends with his ex-wife, getting back on his feet, basically. He just bought a house. He needs to focus on him right now, and I, obviously, need to focus on myself and get my shit back together.”

@BritniNicol & I are not in an exclusive relationship. However; I know her energy, & it is incredible; unlike our timing. #truth

Though Brad and Britni had reportedly moved past the Redemption House incident, watching the show may have likely been too much for the couple. “What I had viewed in the last two episodes had made me uncomfortable, but it’s not the sole reason for our break up. Brit and I have made a lot of great memories & still have an incredible connection of energy to this day,” Brad shared with US Magazine. “I really look at it as a timing issue. I was ready to move on, I don’t think she was. I’ll take some of the blame for that.”

While Brad may have been content with his decision, Britni was supposedly unhappy with the break-up. She had a lot to say during her appearance on the reunion episode of ‘The Challenge: Final Reckoning.’ According to Britni, Brad apparently dumped her at the airport during a weekend visit after they had been physically intimate with each other. On the other hand, Brad stated that the two were not together at that point. However, Brad’s ex-wife, Tori, took his side and engaged in a Twitter argument with Britni.

As of writing, both Britni and Brad seem to be doing well in their lives. Brad has successfully been a part of seasons 2 and 3 of ‘The Challenge: All Stars.’ The reality star has two children, Brady and Chase, with Tori. Britni also seems to be flourishing in her life and is having a great time with her friends. Furthermore, she can often be seen promoting her content via Instagram. We wish them the best in their lives and hope they have a great future ahead.

Read More: Are Kam Williams and Leroy Garrett From The Challenge Still Together?