Are Caleb and Alina Still Together? 90 Day Fiancé Update

The ‘90 Day Fiancé’ on TLC features cross-border relationships where couples have 90 days to get married following their application for the K-1 visa. The show birthed a host of spin-offs, with ‘90 Day Fiancé: Before the 90 Days’ being one of them. The spin-off series specifically revolves around couples before they begin the process of applying for the K-1 visa. Through the TLC show, we see how people grow together in a relationship in spite of the distance and cultural differences.

Audiences first met Caleb Greenwood and Alina Kasha (or Kozhevnikova) in season 5, whose relationship is truly special given that they knew each other for years before they began dating. With people being quite invested in their journey, you must want to know where the couple stands today. So, allow us to spill everything we have learned!

Caleb and Alina’s 90 Day Fiancé: Before the 90 Days Journey

Caleb Greenwood from Arizona and Alina from Russia first got acquainted with each other when they were only 15-years-old. They met online through a language learning app but lost touch. However, after about 13 years, the two matched on a dating app and hit it off instantly. In fact, the series documented their very first meeting that took place in Turkey. Meeting someone for the first time despite knowing them for years can be quite a nerve-racking experience. Well, this experience added a layer of vulnerability for Alina, who expressed her worries on the show.

Alina has diastrophic dysplasia, which is a rare form of dwarfism. Even though Caleb knew about it, she was afraid of how he might react upon seeing her in person. At the same time, Caleb’s frank nature and tendency to speak his mind did not always help Alina feel secure. Despite everything, the pair grew closer as they got the opportunity to finally connect without the aid of technology. While things seemed to be going fairly well for the couple, their relationship was not without problems.

One significant hurdle seemed to be Alina’s best friend Elijah, who traveled with her to Turkey. Caleb and Elijah both seemed to have Alina’s best interests at heart, but neither of them approved of the other man’s ways. Tensions peaked when past relationships came up in a conversation, which Elijah was awkwardly a part of. Alina’s dating history might indeed be a threat to her romance with Caleb. The Russian beauty admitted that she had been living with an ex even though things were getting serious with Caleb. Since Alina wasn’t sure how the latter would react, she kept the detail to herself. 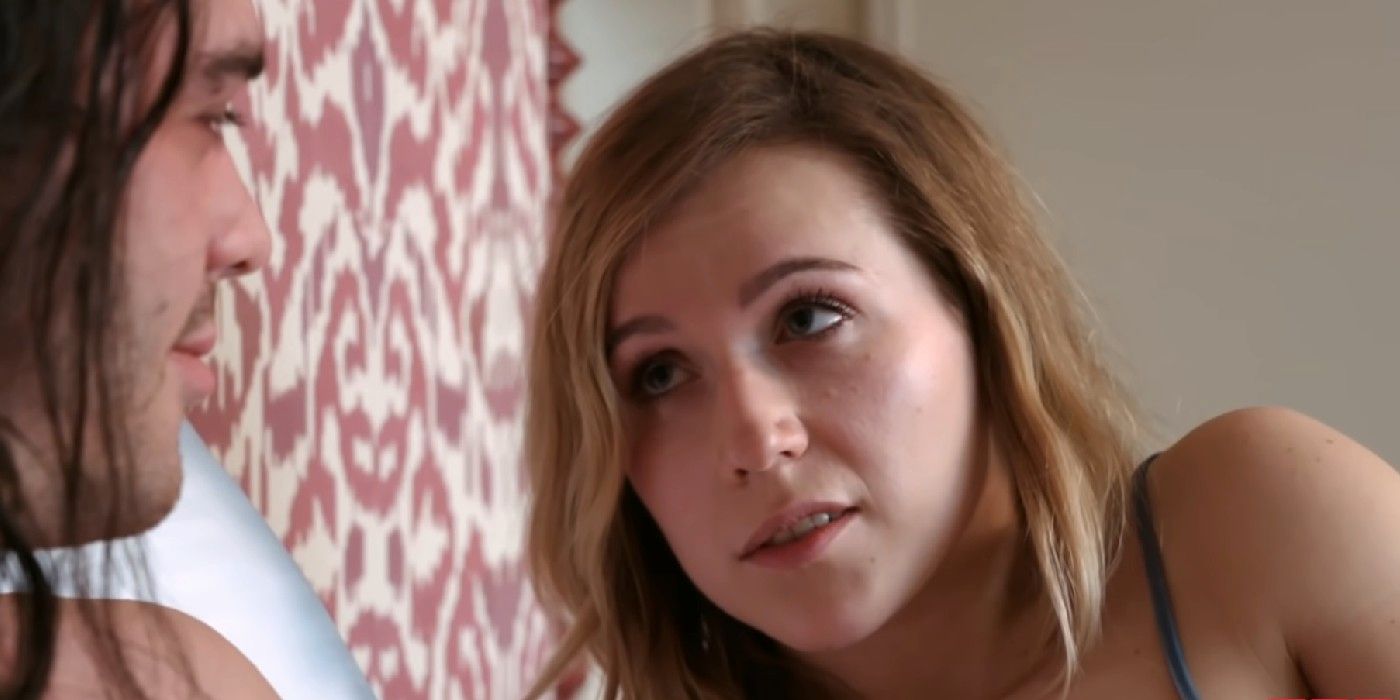 Alina did realize that it was important for Caleb to know about her ex. In a confessional, she stated, “He’s a guy who always tries to tell the truth so I really don’t know how he’s gonna react to hearing that I lied to him. So I just hope it’s not gonna screw all the things up.” With that said, did Alina and Caleb overcome this hiccup, or did this drive an irreparable wedge between them?

Are Caleb and Alina Still Together?

It appears that Caleb Greenwood and Alina Kasha are still going strong, as is evident by their social media presence. In early January 2022, the Arizona native shared pictures of his time with the Russian singer in Istanbul. He even posted a photograph of them together on their first morning in Turkey, which got a lot of attention from fans.

As for Alina, although she seems quite focused on her music career, she does not let go of an opportunity to share flirtatious and admiring posts about Caleb. One such example is her December 2021 Instagram reel, wherein she looks stunned by a shirtless Caleb running in slow motion. However, it seems that the couple does not currently live together and is possibly making it work long-distance.

In a candid conversation with ET in December 2021, Alina opened up about her connection with Caleb. She said, “Our sense of humor is kind of similar, it’s pretty important to have fun and everything.” The reality star added, “…he seemed like someone I want to get to know better and someone I can confide in because we also know each other for such a long time.” But how and when they decide to take their relationship forward remains to be seen. We, for one, are quite optimistic about their future because being real with one another is what matters, and the fan-favorite couple proves that time and again.